Return Of The Drama King: 7 Things We Missed About Lee Jong Suk

It has only been a little more than a month since Lee Jong Suk was discharged from his mandatory military service, and we’re already counting the days until we watch him again regularly in K-dramas! He officially announced his return through an Instagram post on January 2, posting some photos with a simple caption: “I’ve come back.” Those three words sent fans’ hearts around the world fluttering, eager to see him become active again in the entertainment industry after what seemed like a forever wait. The actor’s last project before his enlistment was the 2019 tvN drama “Romance Is A Bonus Book.” Here are things we missed about this dreamy K-drama King:

Lee Jong Suk has proven each time that he’s a talented actor who’s more than just a pretty face. His dramas are not only constant hits but also award-winning. His performances in “Pinocchio” and “Doctor Stranger” earned him critical acclaim, with some of them being Male Top Excellence Award at the Korean Drama Awards, Baeksang Awards, SBS, and MBC Drama Awards, among many others. Who can resist crying when he shows his heartbreaking expressions? From subtle to intense, he has a wide range of acting emotions that viewers can’t help but get carried away with him.

Of course, with his captivating screen presence, innate confidence, and dedication comes his ability to embody different roles. Whether he’s playing a smart prosecutor, a school delinquent, a noble king, or even a webtoon character, Lee Jong Suk always delivers.

Despite playing mostly on the good side, he showed his acting flexibility by playing a serial killer in the crime movie “V.I.P.” back in 2018. When asked if his charming looks hindered him from taking on the evil role, he said in an interview that his milky-white complexion and boyish image were able to translate well into an oddly sinister sort of villain. We can’t wait to see what kind of unique role he takes up next! 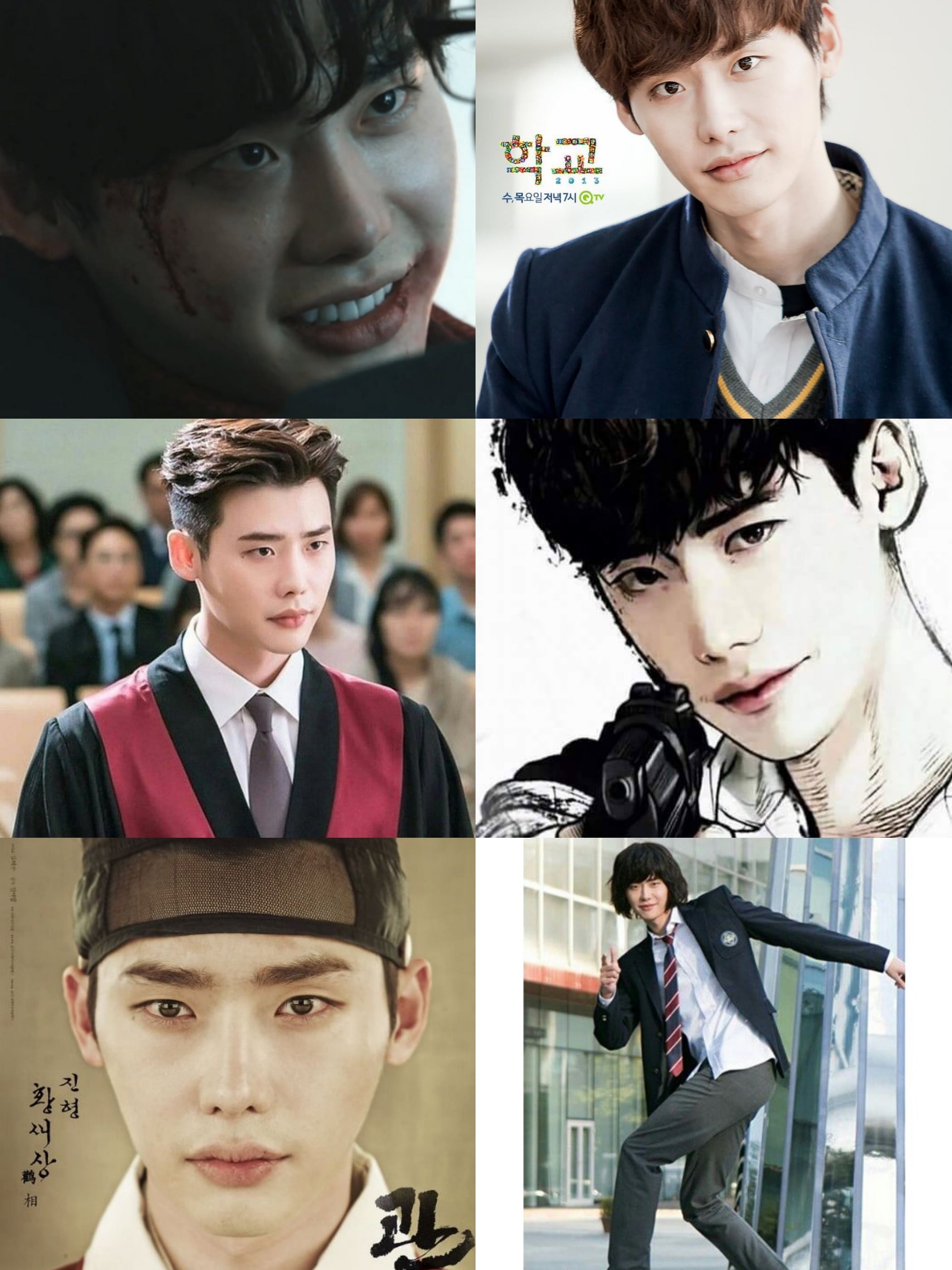 His tone of voice can express extreme emotions such as romantic feelings or even anger, and it would still make fans go weak in the knees! He possesses a quiet, elegant demeanor but when he speaks, you know he really means every word.

His ability to form chemistry with any co-actor/actress

His dynamic talent enables him to get along well with co-actors on and off-screen. Whether he’s acting alongside a seasoned actress or another male lead, he is able to have chemistry with them no matter what age, personality, or role. He probably gives warm and cozy back hugs too!

His impeccable sense of style

Lee Jong Suk began his acting career at the age of 15 as the youngest male model to debut in the Seoul Collection of Seoul Fashion Week in 2005. He has won modeling contests and became one of the most sought-after runway and advertising models in Korea. In his recent interview and shoot with Esquire magazine, he comes back to his modeling roots and shows that he can wear anything from designer clothes to a potato sack and it would still fly off the shelves. You’ll also be happy to know that his latest look shows a bit of maturity with his long, dark hair!

He may possess the perfect combination of boyish charm and manly exterior, but we all know that deep inside, he’s really a cutie!

It’s no secret that Lee Jong Suk’s kiss scenes are one of the most-awaited parts in K-dramas. His loving glare, tender moments, and sweet smile are enough to make everyone inevitably fall for him. We’re excited to find out who he’s going to partner up with next!

There are so many other reasons that made us miss him, but one thing’s for sure, we’re all really glad he’s back!

Hey Soompiers! What did you miss most about Lee Jong Suk? Let us know in the comments below!

Lee Jong Suk
Soompi Spotlight
How does this article make you feel?