Upcoming Kakao M drama “How To Be Thirty” released new stills of Jung In Sun and CNBLUE’s Kang Min Hyuk!

“How To Be Thirty” is a relatable romance that deals with the work and love lives of three 30-year-old women. The drama follows the story that unfolds when webtoon author Seo Ji Won (Jung In Sun) meets her publisher Lee Seung Yoo (Kang Min Hyuk), who is also her first love from middle school.

As 30-year-olds (by Korean age reckoning) themselves, Jung In Sun and Kang Min Hyuk were able to relate more to their characters. Although Jung In Sun has previously taken on a variety of roles such as a police officer worn down by reality, a woman whose work experience was cut off because she went all in on parenting, and a single mom, this will be her first time portraying the day to day life of someone her age. The actress shared, “It felt meaningful that I could tell a story about being 30 by meeting the project ‘How To Be Thirty’ in my 30s. I didn’t want to miss this opportunity to tell people about how life doesn’t change much even after turning 30 and about the work and love lives that we thought we would have succeeded in by now.”

Jung In Sun continued, “‘How To Be Thirty’ tells the story of work, love, and life in general. It’s a project that asks, ‘Where should I go and how?’ I liked that we could worry and think about it together.” 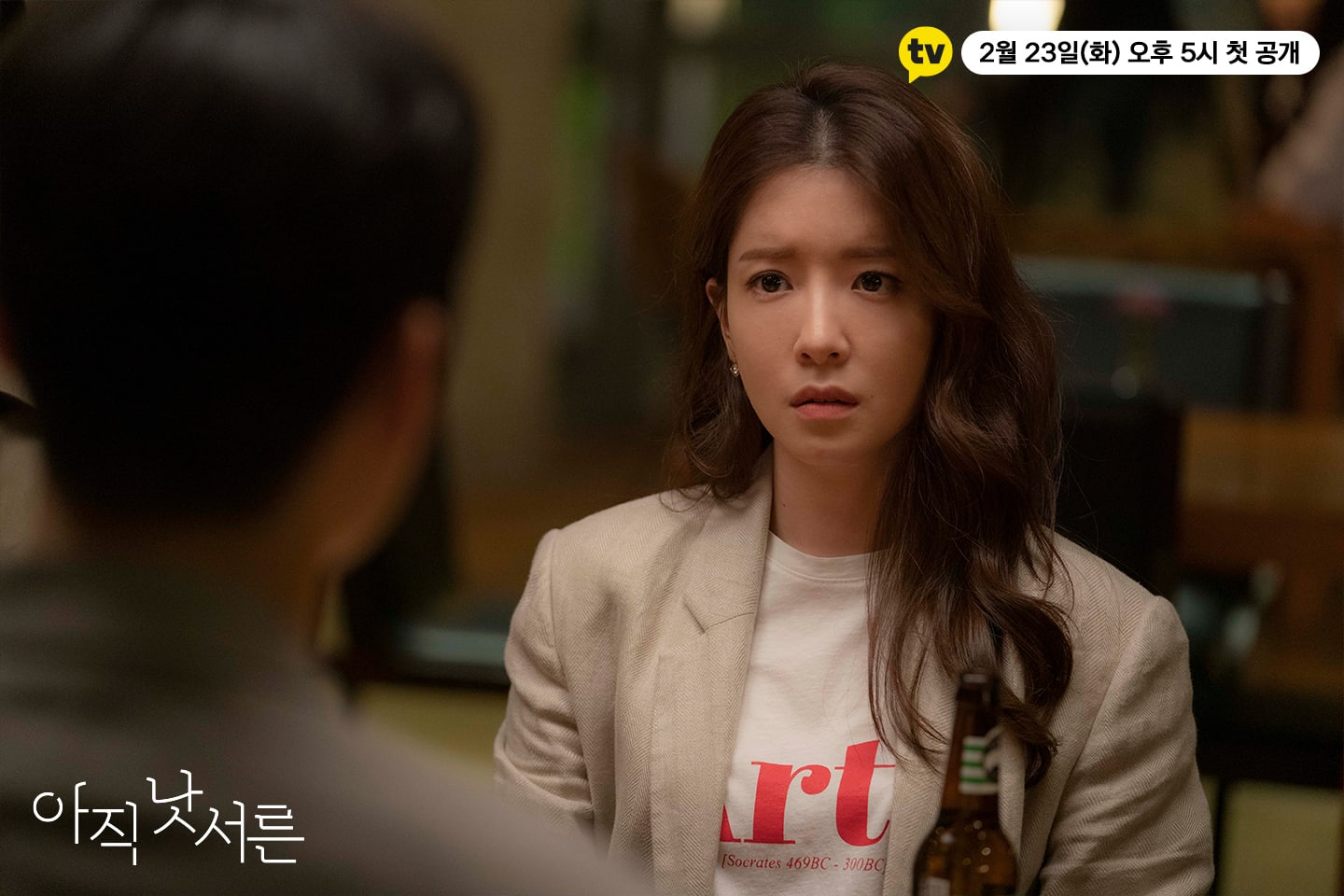 The upcoming drama will also be Kang Min Hyuk’s first project since his discharge from the military. His character Lee Seung Yoo’s first love is also Seo Ji Won, and although he has kept those innocent memories of the past, he has a secret he hasn’t told anyone yet. Kang Min Hyuk will portray the concerns of a realistic 30-year-old man who dreams of a fateful romance with his first love but has no choice but to hold back his feelings.

Kang Min Hyuk shared, “I thought of ‘How To Be Thirty’ as a project I had to do. It’s a story of being 30 like I am, and it portrays a concern I’ve had at least once.” He added, “I think I’ll be able to portray a lot of the concerns of Kang Min Hyuk as a person as well. If I do that, I think the character will become richer.” 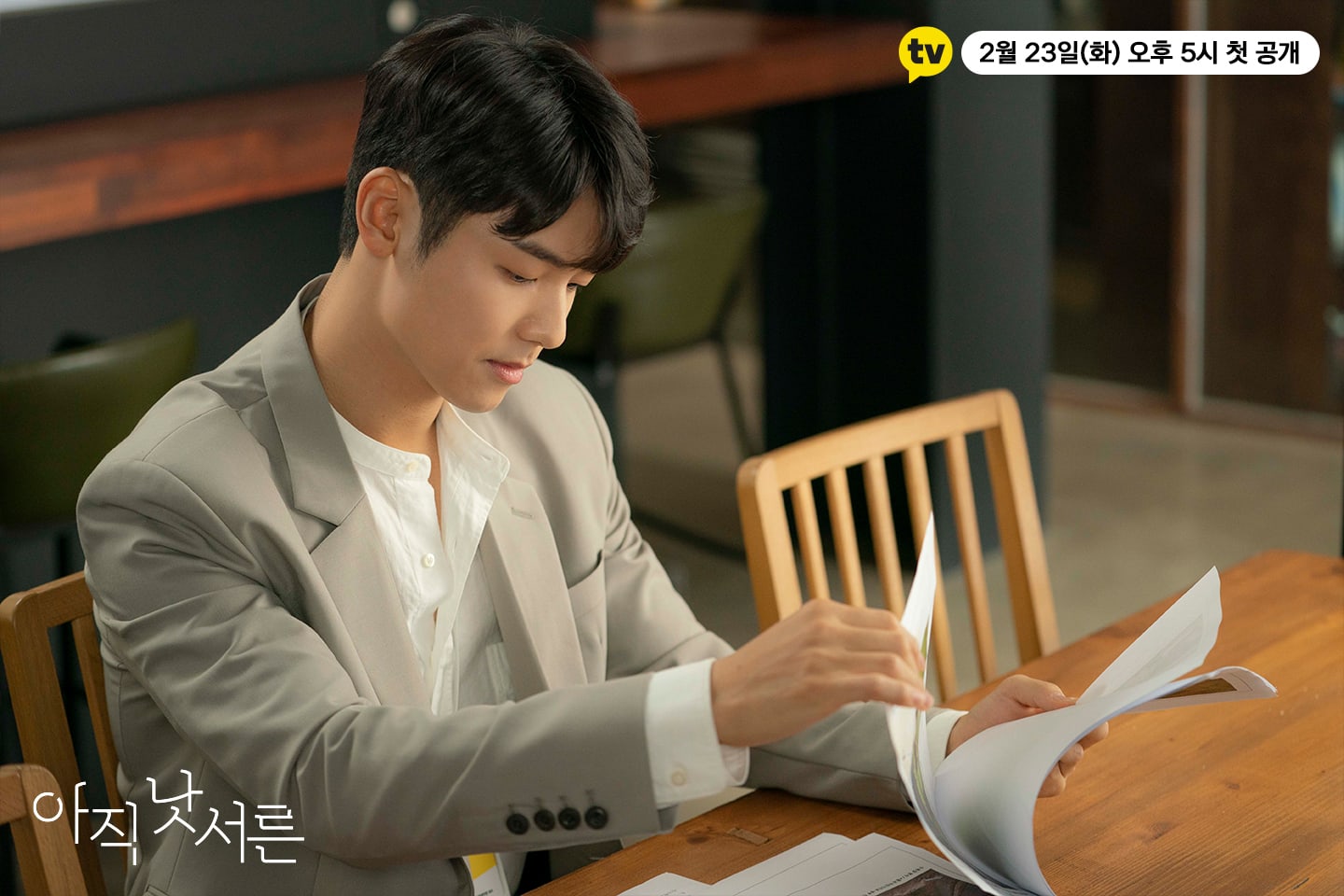 Meeting as 30-year-olds again, Seo Ji Won and Lee Seung Yoo still have the heart-fluttering feelings of first love from their middle school days, but so much time has passed that love has become that much more a part of reality. The two actors Jung In Sun and Kang Min Hyuk will vividly portray the relatable love lives of 30-year-olds as they awkwardly stumble into adulthood. They’ll feel the heart-fluttering excitement of reuniting after becoming successful while also getting tired of each other as they fight over work, portraying an exciting romance story viewers won’t be able to get enough of.

“How To Be Thirty” premieres on February 23 at 5 p.m. KST and will be available on Viki.

CNBLUE
Kang Min Hyuk
Jung In Sun
How To Be Thirty
How does this article make you feel?