“The Penthouse” Director Shares Points He Focused On, His Favorite Scene, And More

Excitement is building up ahead of the premiere of SBS’s “The Penthouse 2”!

One of the core pillars of “The Penthouse” series is director Joo Dong Min, who captured the attention of many with his excellent production in “Return” and “Empress Ki.” His memorable style of cinematography in “The Penthouse” led many of the viewers to find themselves immersed within the series. Working with writer Kim Soon Ok, who he also collaborated with for “Empress Ki,” a sensational drama was born with impressive ratings.

Joo Dong Min commented, “The biggest goal was to make it entertaining, and thinking that the fun we had in mind appealed to the audience makes me happy. We tried to put together something of the best quality in a limited time span, and I’m grateful that the viewers recognize this.”

He added that the points he focused on were “luxury” and “mise en scène,” further explaining, “One of the biggest advantages SBS has is its team in charge of artistic elements. I think the end result came out well because the artistic director and CG team are incredibly skilled, and we have good teamwork from collaborating on previous dramas.” 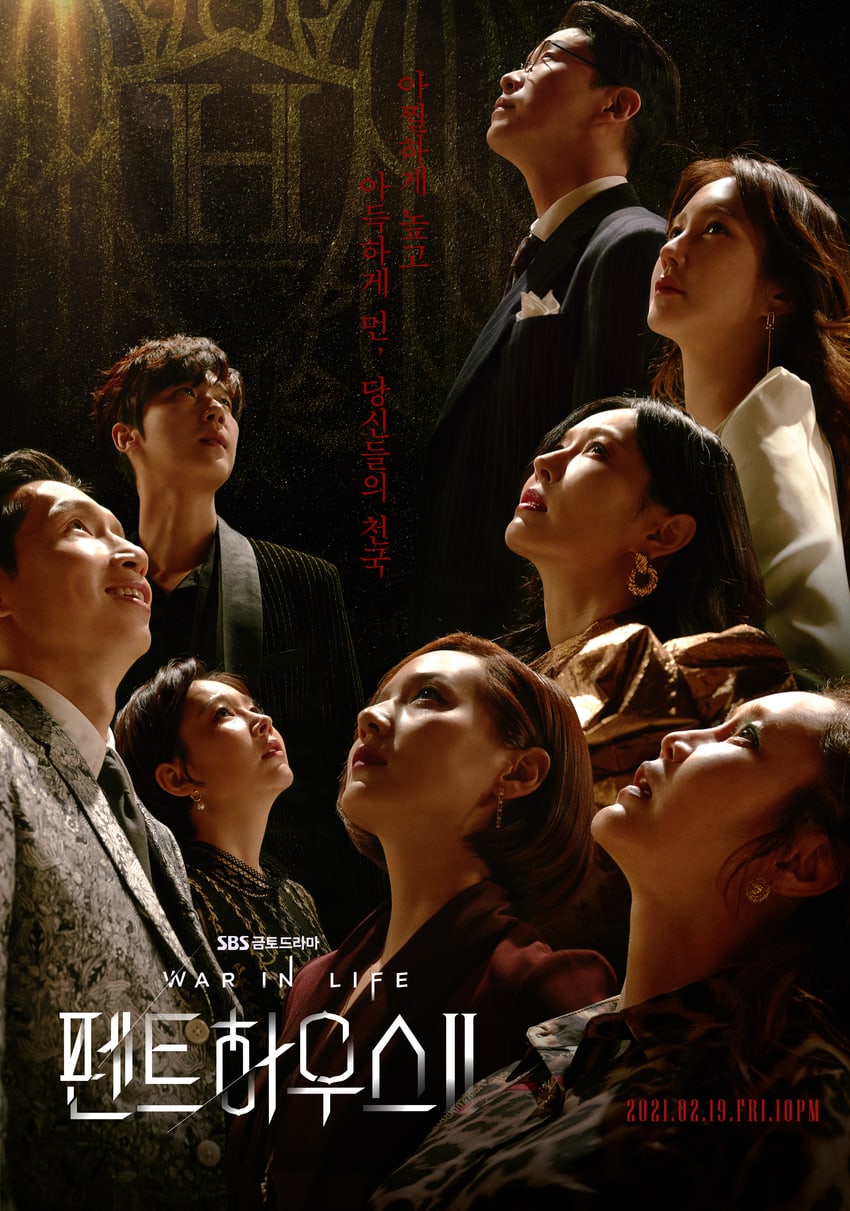 Joo Dong Min had more to say regarding which genre “The Penthouse” would fall under. He explained, “It’s a drama that is difficult to explain with just one or two genres. All I did was try my best to showcase the interpretation of each scene, whether it be thriller, black comedy, or passionate love affairs. Dramas these days are all complex, so there is no director who is specialized in a certain genre. Drama directors familiarize themselves with movies, dramas, novels, comic books, and magazines in their daily lives to try embodying all of these elements. As for the first season of ‘The Penthouse,’ I am thankful towards the B Team director Park Bo Ram, who helped make up for many of the parts I was unfamiliar with regarding the story of high school students.”

He also mentioned, “The atmosphere on set is very nice. I am thankful to Shin Eun Kyung for taking the lead on creating a good atmosphere as the eldest. Among the male actors, Uhm Ki Joon did a good job at leading his juniors as the eldest.”

As for his personal take on the best scene of the first season, Joo Dong Min chose the scene from episodes 18 and 19 where Shim Soo Ryeon (Lee Ji Ah) locked Hera Club members up in a junkyard and executed her revenge. He explained, “I’m not talking about completeness. It was an incredibly cold winter night. These exceptional and middle-aged actors filmed overnight while soaking wet without any objection. I was grateful and proud that the actors agreed with the director and writer’s will and did not hesitate to work hard. It was also hard for me, but I’m happy that the results came out well.”

Wrapping up, Joo Dong Min commented, “We don’t have nearly enough time, but both the staff and the actors are happily immersed in filming. I also will remain calm and do my best to finish the rest of the drama safely. I hope the viewers will show lots of support.”

“The Penthouse 2” premieres on February 19 at 10 p.m. KST and will be available on Viki.

Watch the teasers for the new season here, and check out the first season below!