Good Data Corporation has shared its rankings of the dramas and cast members that generated the most buzz for the week of February 8 to February 14. The lists were compiled from analyzing news articles, blog posts, online communities, videos, and social media posts about 23 dramas that are currently airing or set to air soon.

“Mr. Queen” holds the top spot on the buzzworthy drama list for the third consecutive week. Shin Hye Sun is in the No. 1 spot among actors for the fourth week in a row, while her co-star Kim Jung Hyun rises to No. 2 from No. 4 last week. Two more “Mr. Queen” cast members take spots on the ranking, with Na In Woo in No. 5 and Choi Jin Hyuk in No. 9.

Spoilers for “The Penthouse”

SBS’s “The Penthouse 2” rises to No. 2 ahead of its February 19 premiere. Lee Ji Ah takes No. 6 on the buzzworthy actors ranking, with her name linked to the show. One of the biggest topics of conversation heading into the premiere has been whether or not Lee Ji Ah will return, following the purported death of her character Shim Soo Ryeon in the first season.

JTBC’s “She Would Never Know” rises to No. 3 among dramas, and its leads also shoot up in the ranks for cast members. SF9’s Rowoon is No. 3 while Won Jin Ah is No. 4.

The top 10 dramas that generated the most buzz during the second week of February are as follows: 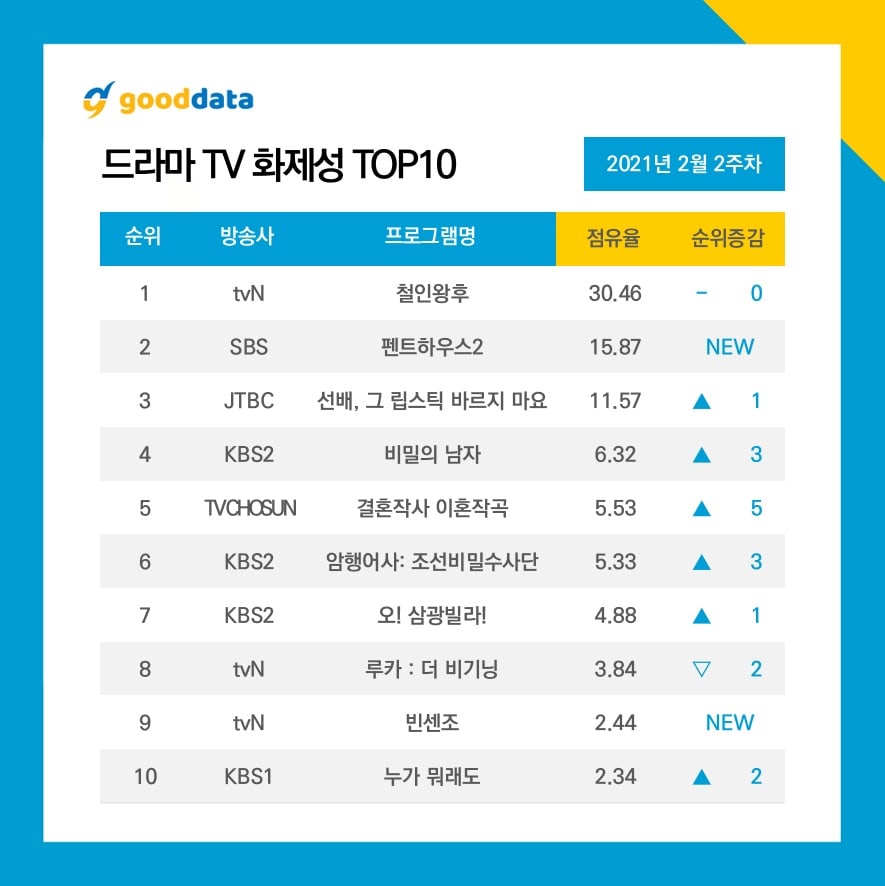 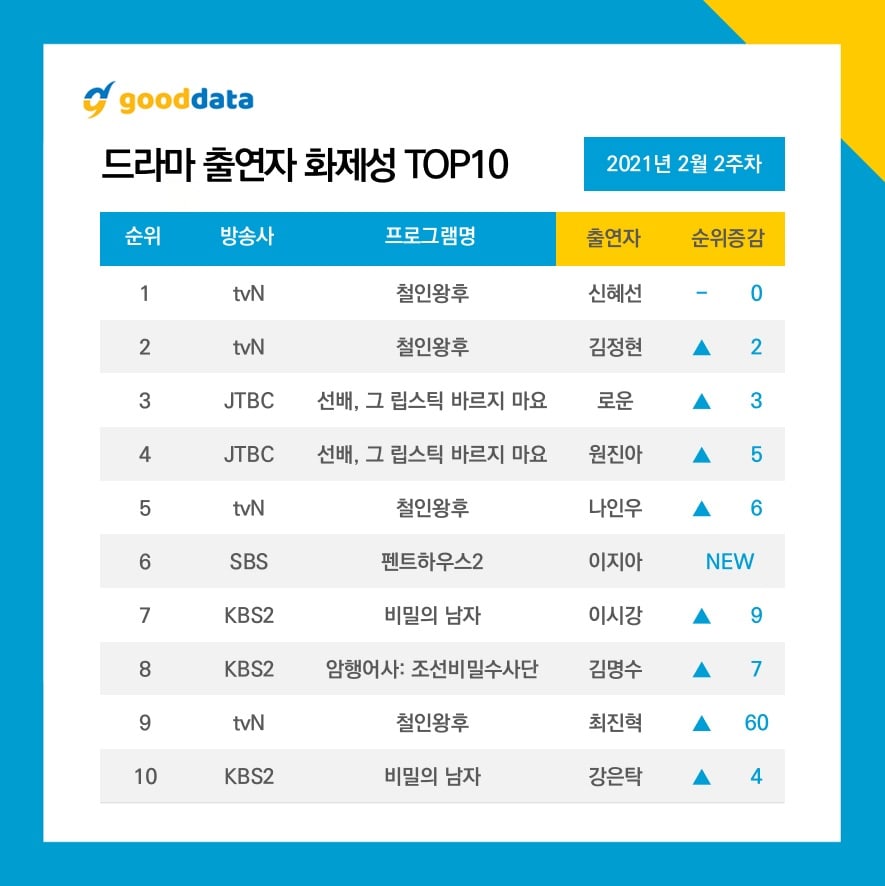