SBS has released some photo and video content of the script reading for its upcoming drama “Taxi Driver”! 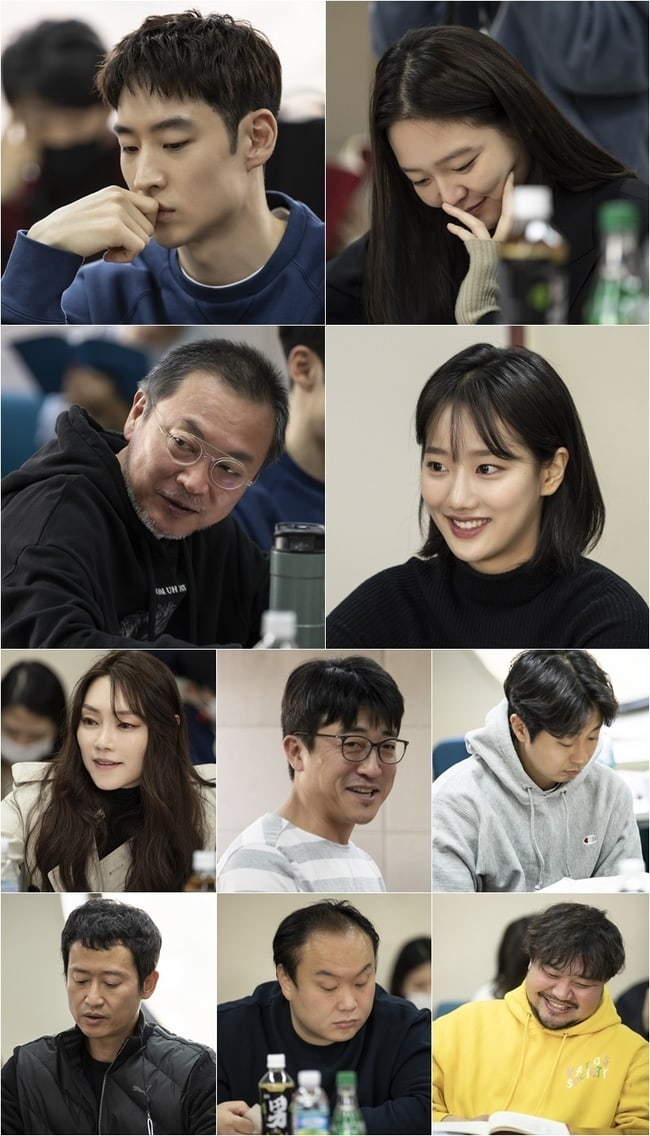 At the script reading, the actors brought out the drama’s sense of thrilling catharsis and created tension through delivering the script’s charismatic lines. In particular, the back-and-forth banter between the five “dark heroes,” played by Lee Je Hoon, Kim Eui Sung, Naeun, Jang Hyuk Jin, and Bae Yoo Ram, created a fun team dynamic that viewers can look forward to seeing in the drama itself.

The script reading video starts with the information that the script reading took place in November 2020, when the Seoul area was still under Level 1 social distancing restrictions. The cast introduce their characters: Lee Je Hoon plays Kim Do Gi, a former special forces officer who works as a driver for the mysterious taxi service named Rainbow Taxi, Esom plays Kang Ha Na, a prosecutor who gets suspicious about criminals seeming to vanish off the face of the earth, Kim Eui Sung plays Jang Sung Chul, the CEO of Rainbow Taxi, and Naeun plays Go Eun, a hacker at Rainbow Taxi.

Lee Je Hoon said, “I’m already excited to think about making this drama with such great actors, director, writer, and staff.” Esom said, “I already had high expectations because the script was so much fun, but the other actors were so good at acting that I was able to completely immerse myself in the reading.” Kim Eui Sung said, “I was nervous because it’s been so long since I did a drama, but I felt like I could depend on these great actors who are working with me.” Naeun said, “I hope that people will look forward to it. I want people to love ‘Taxi Driver’ and witness Go Eun’s [her character] unique charms.”

“Taxi Driver” will premiere on April 9.

Check out Lee Je Hoon in the variety show “Traveler” below!