Previously, Ji Oh grew furious after learning the truth behind Human Tech, which had been planning to use Ji Oh’s cells in order to create clones of him. Hwang Jung Ah (Jin Kyung) ordered Ji Oh to be killed, as he had fulfilled his purpose, but Ryu Joong Kwon (Ahn Nae Sang) saved Ji Oh by injecting him with an enhancing drug instead of poison. Ji Oh then began his terrifying counterattack, overturning Human Tech in a fit of unadulterated rage.

In the new stills, Ji Oh is out of control due to his unbridled thirst for revenge. Completely out of his mind, he even attacks Gu Reum, despite his earlier promise to her in which he said, “I’ll definitely come back to you alive.” 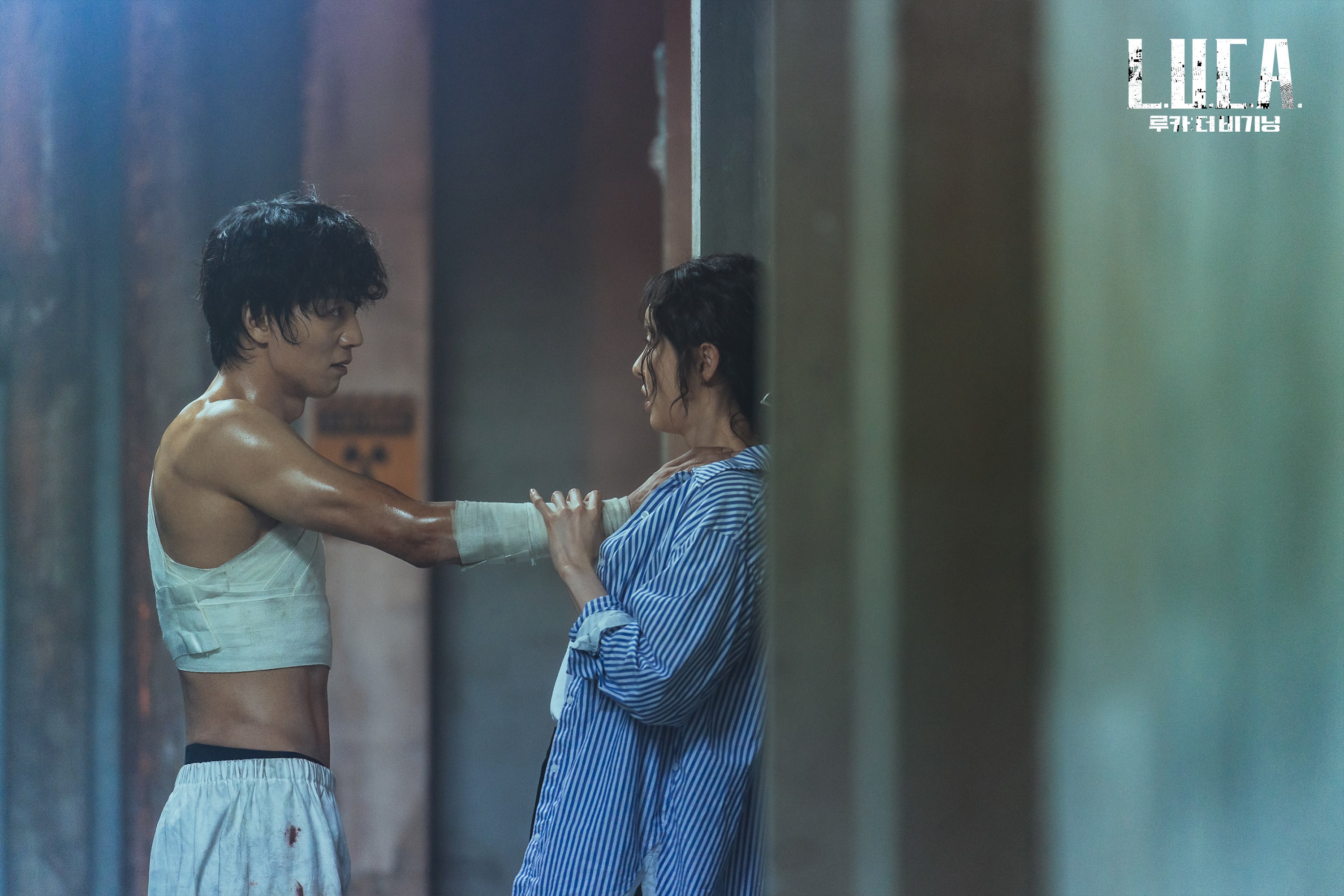 However, Gu Reum proves to be the only one who can stop his rampage. The following stills show Gu Reum embracing Ji Oh, who leans into her as he calms down and returns to a more stable state of mind. Gu Reum also tenderly bandages his wounds in a sweet moment between the pair. Viewers are curious to see how their relationship will change. 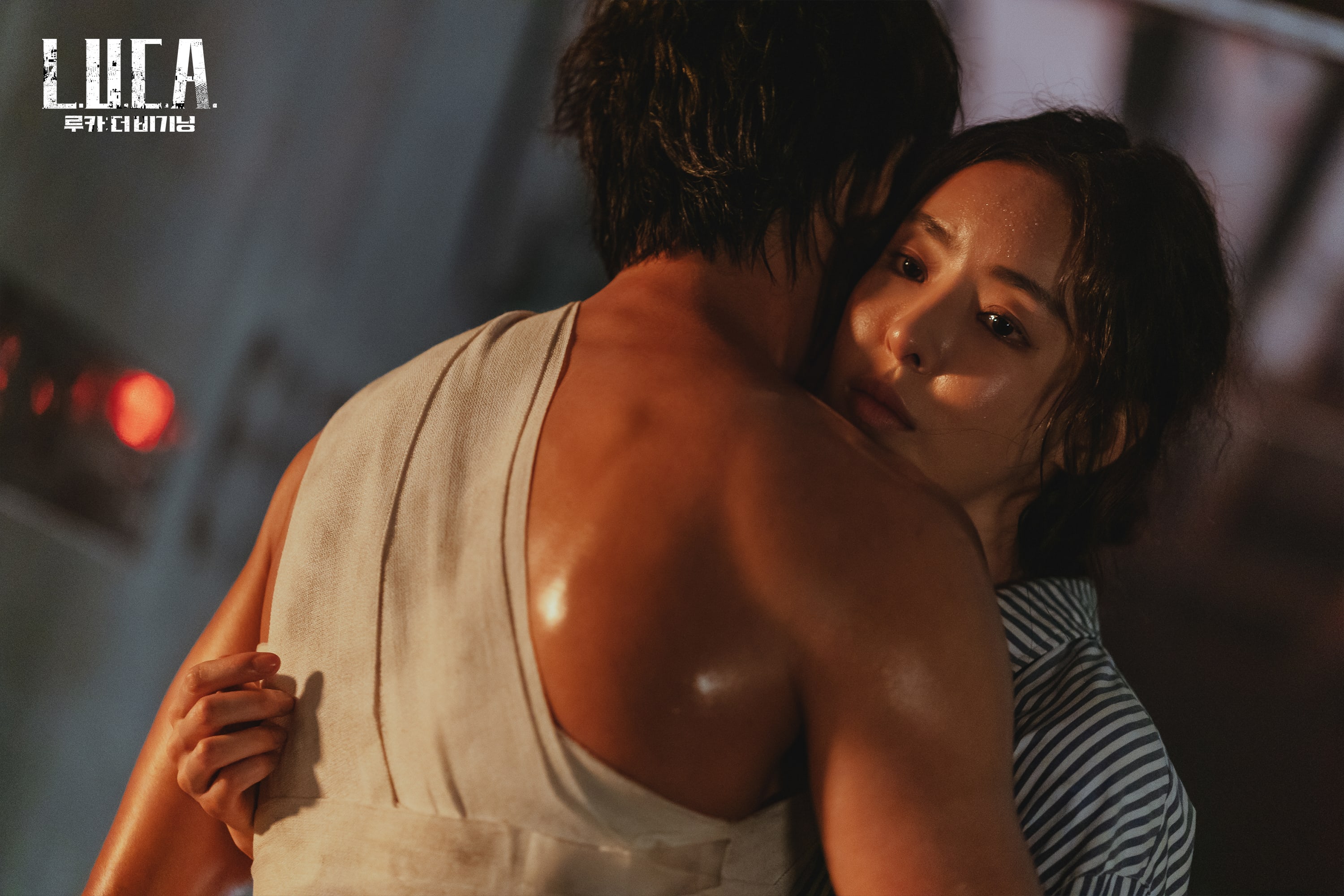 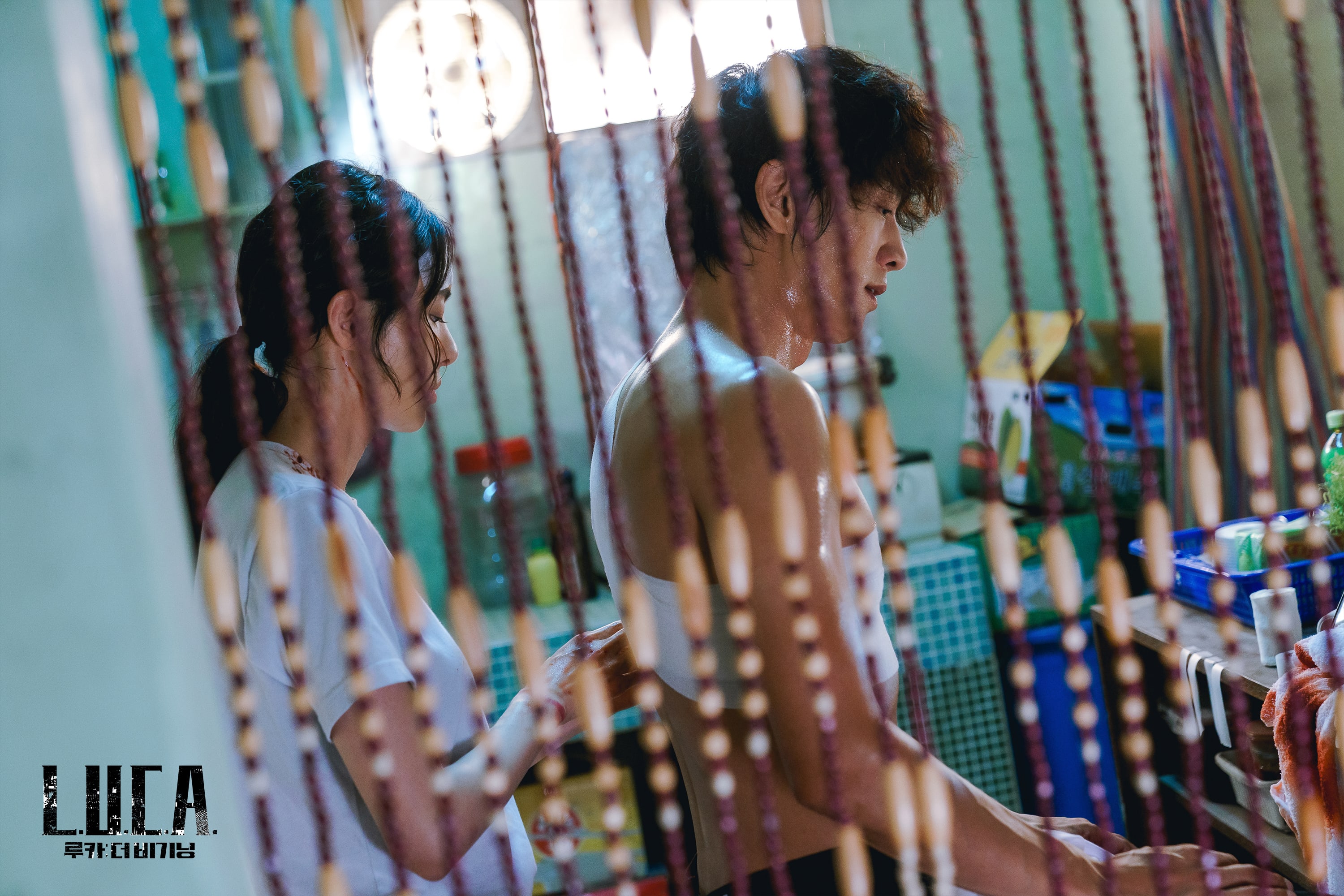 The drama’s production team commented, “As the second half of the drama begins, Ji Oh and Gu Reum will become even more of a unique presence to each other. The layers of excitement are certain to increase as their relationship progresses in the midst of the nerve-wrecking chase. Look forward to the sad melodrama that will add to the thrilling pursuit action.”