JTBC’s “Sisyphus: The Myth” gave viewers a behind-the-scenes look at the action with a new making-of video!

“Sisyphus: The Myth” is a fantasy-mystery drama starring Cho Seung Woo as Han Tae Sool, a genius engineer who embarks on a perilous journey to bring light to hidden beings that are secretly residing in our world. Park Shin Hye stars as his savior Kang Seo Hae, who comes from a future that has fallen into ruin due to a war.

The behind-the-scenes video begins with Park Shin Hye and Chae Jong Hyeop rehearsing on the rooftop for the first meeting between their two characters. Park Shin Hye practices grabbing him by the collar but immediately apologizes and tries to smooth down his shirt afterwards. She then walks them through each movement of the scene in an attempt to make it look as realistic as possible.

When they begin filming, Chae Jong Hyeop suddenly forgets his lines, but Park Shin Hye kindly suggests, “Should we do it one more time?” The director also does his best to console him as he says, “We were going to film it again anyway.” After Chae Jong Hyeop continues to apologize, Park Shin Hye insists, “It’s okay, there’s nothing to be sorry for. Anyone can make mistakes.” 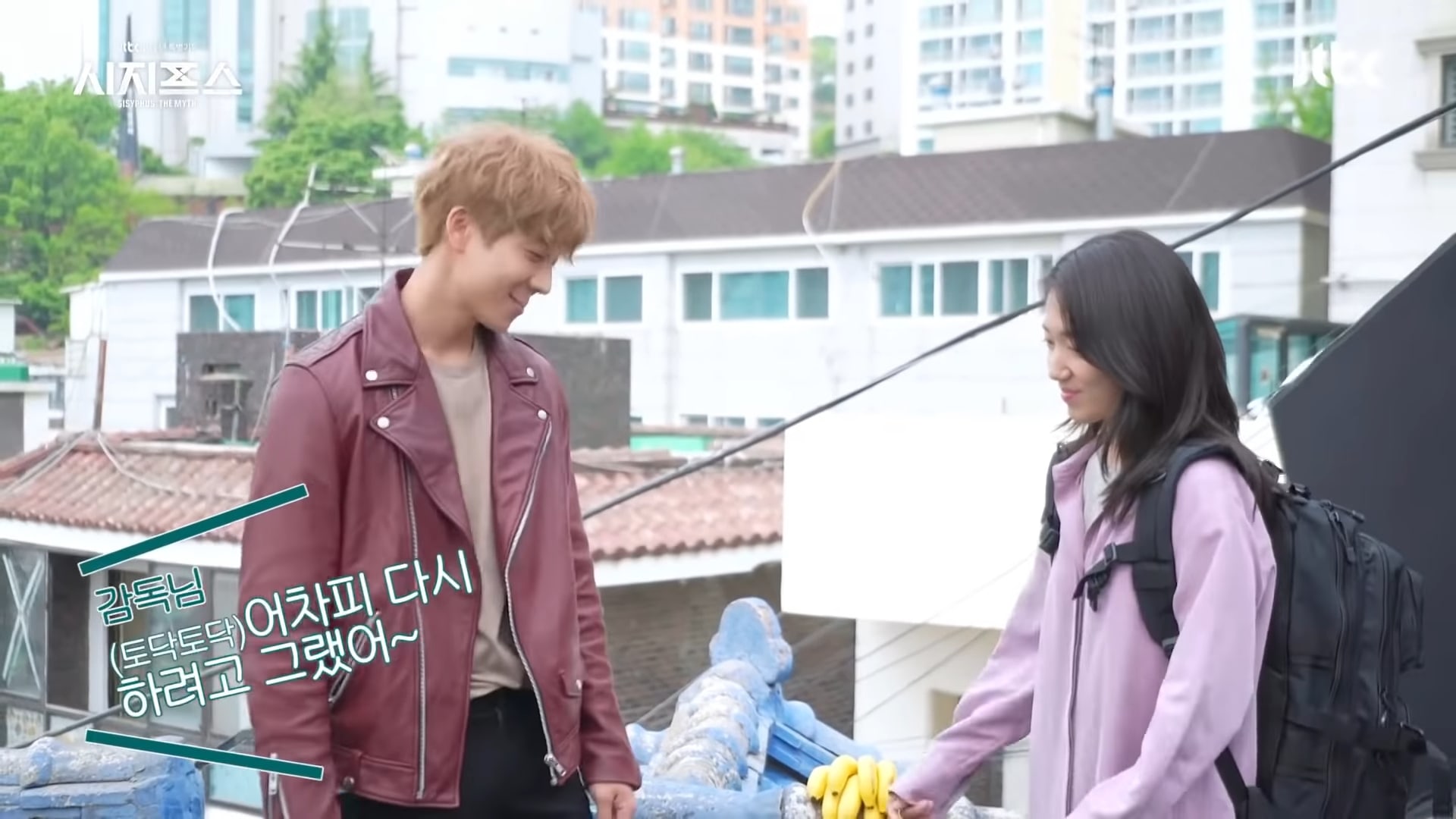 In another clip, Park Shin Hye is supposed to pick up a paper on the ground with lottery numbers on it, but in the middle of the scene she ad-libs, “There’s no lottery paper.” Chae Jong Hyeop plays along as he points to the paper and says, “It fell over there.”

Next, Park Shin Hye practices her action scenes, carrying out the movements with precision despite her nervousness. She also rehearses some wire action stunts to the applause of the surrounding staff. Park Shin Hye pouts cutely as she is hoisted back up by the wires for another round, and she keeps rehearsing the movement until she is satisfied. 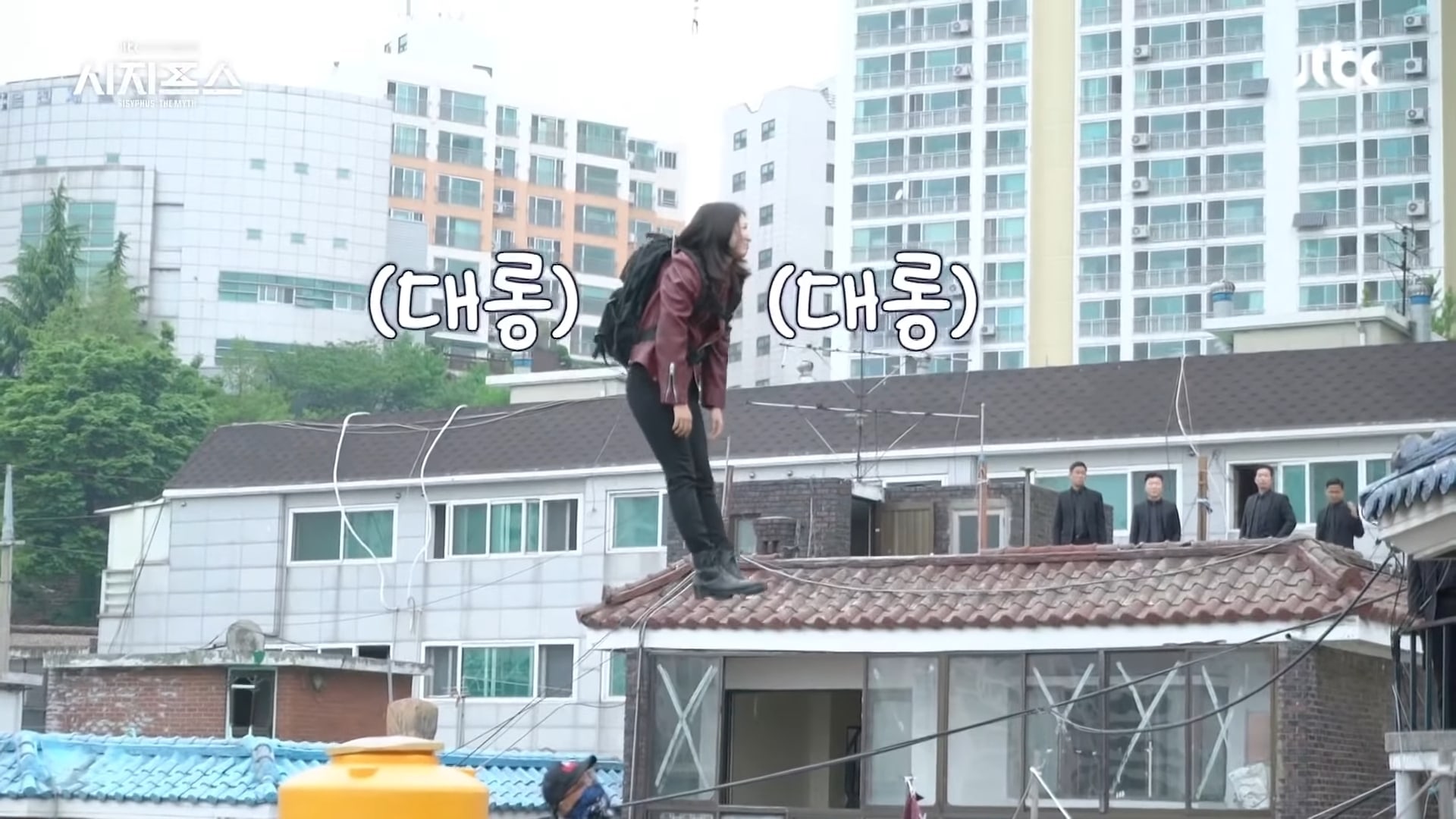 Chae Jong Hyeop also gets his turn on the wires, and he starts to wave his feet back and forth when he realizes he’s slowly spinning around. He keeps kicking his feet until the camera begins rolling and he drops to the ground, completing his stunt in a professional manner. The video comes to an end as Park Shin Hye leaps down to the roof and grabs Chae Jong Hyeop, leading him through the shower of bullets to safety.

“Sisyphus: The Myth” airs on Wednesdays and Thursdays at 9 p.m. KST.

Check out Park Shin Hye in the drama “Doctors” below:

Park Shin Hye
Sisyphus: The Myth
Chae Jong Hyeop
How does this article make you feel?