It’s that time again where we turn back the clock by 10 years and revisit some of the more memorable dramas from a decade ago. This time, we’re turning the spotlight on another category of dramas that have stolen our hearts over the years — dramas from Mainland China and Taiwan. Whether it’s the quintessential Taiwanese idol dramas, the big production Chinese period dramas, or all the variations in between, 2011 had plenty of big hits for the Mandarin-speakers (and the subtitle-readers).

For obvious reasons, we can’t list out all the dramas that premiered in 2011, so here is just a small sampling of nine that caught our eyes a decade ago and still have a place in our hearts today. Without further ado, let’s head down memory lane and say “Happy Birthday” to these 10-year-old dramas (in no particular order): 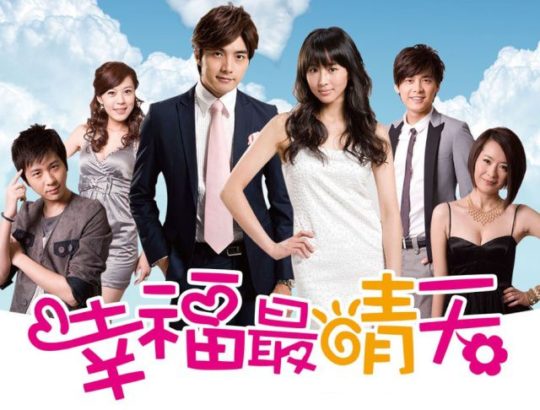 “Sunny Happiness” is the second entry in the “Happy” trilogy and stars Mike He as Xiang Yun Jie and Janine Chang as Fang Yong Yong. Xiang Yun Jie is young, rich, good-looking, and aloof, but unlike most of the previous roles Mike He has taken, Xiang Yun Jie also happens be divorced. He also has an eight-year-old son that he didn’t know he had. In comes Fang Yong Yong, a staff who works at the hotel Xiang Yun Jie owns. Since Xiang Yun Jie needs help getting custody of his child, Fang Yong Yong proposes a contract marriage between the two in exchange for him helping to save the orphanage she grew up in. Overall, this isn’t your typical Taiwanese idol drama, which makes it just the more memorable. And remember the two leads’ sizzling chemistry together? I certainly do. 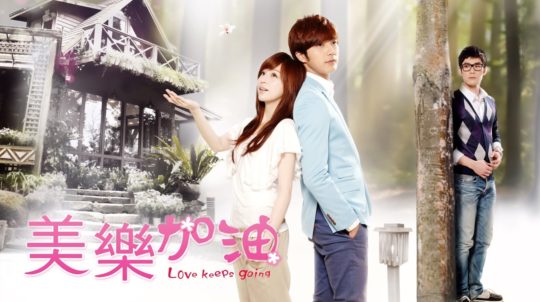 This is another Mike He drama from 2011 and is one that leans more towards the fun and kooky vibe of Taiwanese idol dramas from the ’00s. Cyndi Wang plays Zha Mei Le, a hard-working and caring woman who discovers that the idyllic life she shares with her fiancé isn’t all that it seems. As she tries to rebuild her life and find her true self, she asks her fiancé’s younger brother, Han Yi Lie, for financial help.

While there’s nothing particularly new about the storyline, the chemistry between the leads, Mike He and Cyndi Wang, is great, and the characters are all a fun bunch to watch. Plus it’s only 13 episodes which makes for an enjoyable quick binge.

“Drunken to Love You” 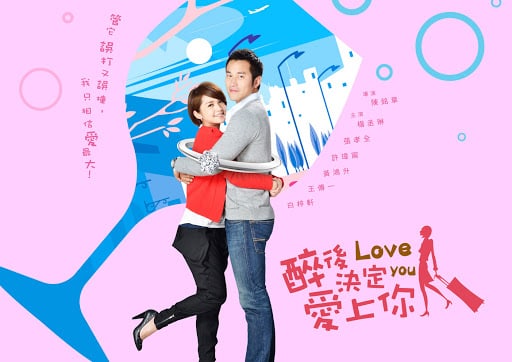 Starring rom-com staple Rainie Yang and hottie Joseph Chang, “Drunken to Love You” is considered the sibling show to the mega hit “Fated to Love You,” and thus share the same funny, addictive vibe. And just like its sibling show, “Drunken to Love You” starts off with a rejection, but this time, it’s double the rejection. Two awry marriage proposals end up with the two “proposers” getting super duper drunk and marrying each other instead. After sobering up, they quickly try to undo their drunken mistake, but instead are convinced to stay in the “fake” marriage for three months to preserve certain people’s interests. But as is the rule of rom-com, this fake couple eventually develop very real feelings for each other, much to the horror of said “certain people.”

Catch the first episode of “Drunken to Love You”: 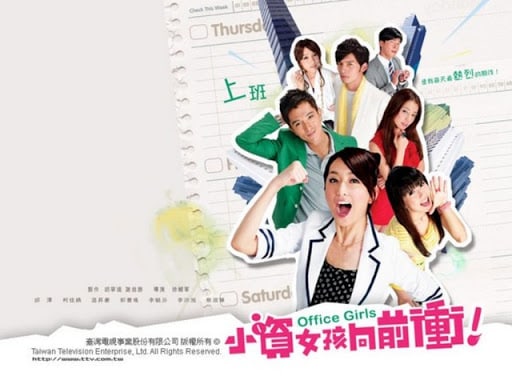 “Office Girls” was one of the breakout hits of the year in terms of Taiwanese idol dramas. Alice Ke and Roy Chiu are both absolutely brilliant in this, and both share the same kind of straight-faced humor that make their characters’ interactions even more hilarious. Though it does employ some of the usual drama tropes like the rich heir having to work from the bottom up and thus meeting the frugal female lead, plus the enemy-turned-lover trope, but the fun chemistry and the not clichéd characterizations in the hands of a talented cast make for a very refreshing watch.

“In Time With You” 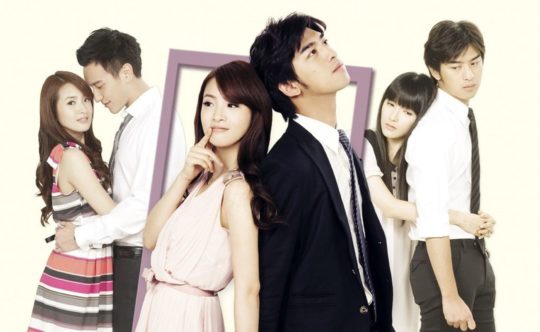 The influence of “In Time With You” was a sight to behold during its run, as people of all ages fell in love with this more grounded and relatable Taiwanese idol drama. It’s a refreshingly different story about a successful career woman Cheng You Qing (Ariel Lin) and her best friend Lee Da Ren (Chen Bolin), who’ve both just turned thirty. Though the best friend has been secretly in love with her for the past 15 years, the timing of it all never worked out. But as the two both end their respective relationships and a window of opportunity comes up, their extensive friendship becomes an obstacle. There’s something so raw and natural about their relationship but it’s still so intense at the same time. It really draws you in and makes you want to see if they actually make it. And let’s not forget the amazing character that is Lee Da Ren. Raise your hand if you’re still yearning for your very own Lee Da Ren.

And if you’re interested in the 2015 Korean remake starring Ha Ji Won and Lee Jin Wook titled “The Time We Were Not In Love,” then check that out here: 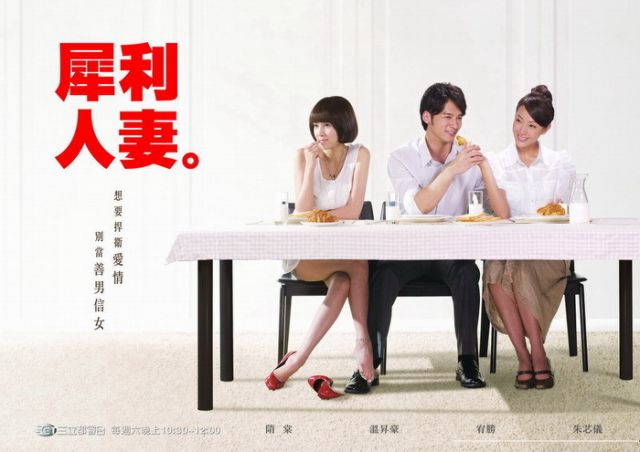 Technically “The Fierce Wife” started airing in November 2010, but it ran until April 2011, so let’s just agree to ignore the semantics, shall we? Plus, it’d be too negligent of us to not mention one of the *cough* fiercest hits of 2011. It tells a painfully realistic story of a very devoted wife (Sonia Sui) whose life unravels when her husband (James Wen) cheats on her and then divorces her. The script is written intelligently, and the great cast perfectly brings out the struggles and insecurities of the characters. It’s raw, it’s emotional, and you’ll be so easily swept up in the plot you might even find yourself inexplicably glaring at James Wen a little too sinisterly.

Catch the first episode of “The Fierce Wife”: 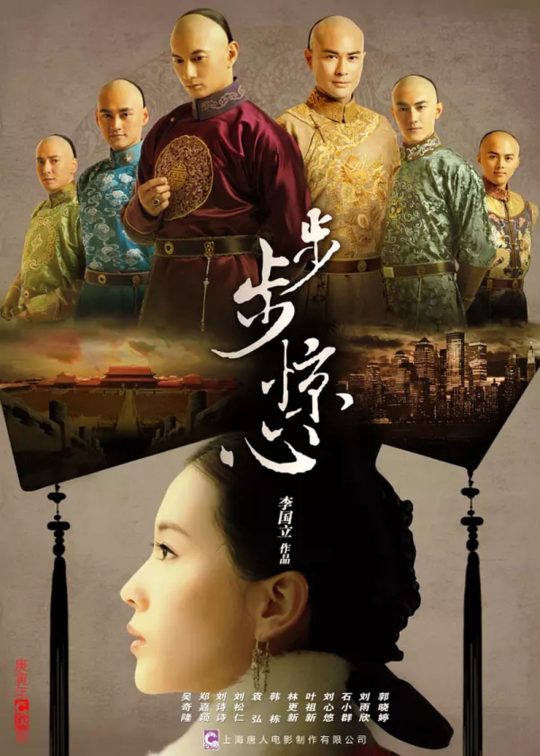 Based on a web novel of the same name, “Scarlet Heart” was both a critical and commercial hit of 2011. It tells a story of a 21st century young woman who gets electrocuted and somehow wakes up in the Qing Dynasty, trapped in the body of one of her previous incarnations. Armed with the knowledge of history, she tries her best to keep the peace between the Imperial Princes so bloodshed can be avoided. But she finds herself caught between them in their fight for both her heart and the throne. If you survived this beautiful tear-fest and would like to cry some more, then there’s also the Korean remake “Scarlet Heart: Goryeo” — starring IU, Lee Joon Gi, and Kang Ha Neul — which similarly attracted a huge cult following. 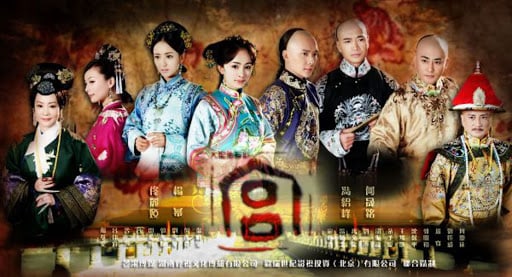 “Palace,” the first out of the “Palace” trilogy (and a movie), drew a lot of widespread recognition for its actors such as Yang Mi, who plays Luo Qingchuan, and Feng Shao Feng, who plays the eighth prince. Though the storyline is somewhat similar to “Scarlet Heart” (“Palace” aired earlier in the year), the tone of “Palace” leans more towards a traditional romantic drama where things are slightly more colorful and lighter, and it doesn’t spend as much time on the in-fighting between the princes. The two have different endings too, so it really is just a matter of taste and personal preference. Either way, both made their marks in 2011 and are still beloved by many today.

“Empresses in the Palace” 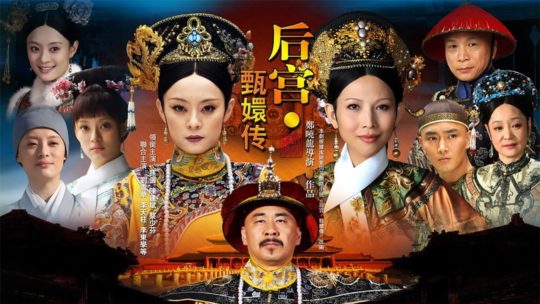 2011 really was the year for huge Chinese productions set in the historical era, with “Empresses in the Palace” being another ratings powerhouse and awards-sweeper. Literally everyone and their mothers were seated in front of the TV when it aired, not wanting to miss anything from this super suspenseful drama. The story — which is loosely based on actual history — follows a young naïve maiden, Zhen Huan (Sun Li), who enters the palace and gradually ascends in the ranks to eventually become the powerful Empress Dowager, though often at the expense of her innocence and happiness.

Catch the first episode of “Empresses in the Palace”:

Which of these dramas do you remember binging a decade ago? And which one would you love to revisit again? Let us know in the comments below.

Belinda_C misses Taiwanese idol dramas from that era. Ah, to be young again. Talk dramas, SEVENTEEN, and Shinhwa with her on Twitter!

All-time favorite: “Kill Me Heal Me,” “Defendant,” “Hotel Del Luna”
Looking forward to: “Kingdom” (the variety show not the drama)

Soompi Spotlight
In Time With You
Palace
Scarlet Heart
Drunken to Love You
Empresses in the Palace
Love Keeps Going
Office Girls
Sunny Happiness
The Fierce Wife
How does this article make you feel?