“Law School” is about the students and professors of South Korea’s top law school who get caught up in an unusual case.

The drama gave a sneak peek at Kim Bum and Kim Myung Min’s characters in the drama. First off, Kim Bum will play Han Joon Hwi, a first-year law student who is at the top of his class. Han Joon Hwi is a role model to his classmates, and he creates his own study group where he helps boosts their grades. He generously shares his information and knowledge with his classmates, and he is a natural leader who helps take care of team members who fall into despair.

The newly released stills show Han Joon Hwi’s campus life. He focuses on the lecture and diligently takes notes, and he leads the learning atmosphere in a meticulous manner. His eyes spark with confidence and determination as he strives to become a prosecutor who can speak against fellow prosecutors who ignore the principles of law and justice.

The production team praised Kim Bum, saying, “Kim Bum, who was so passionate about filming that he could not let go of the script, clearly portrayed a three-dimensional character named Han Joon Hwi with his soft charm. As someone who entered the country’s most prestigious law school at the top of his class, he will uncover the truth of the case, so please look forward to it.” 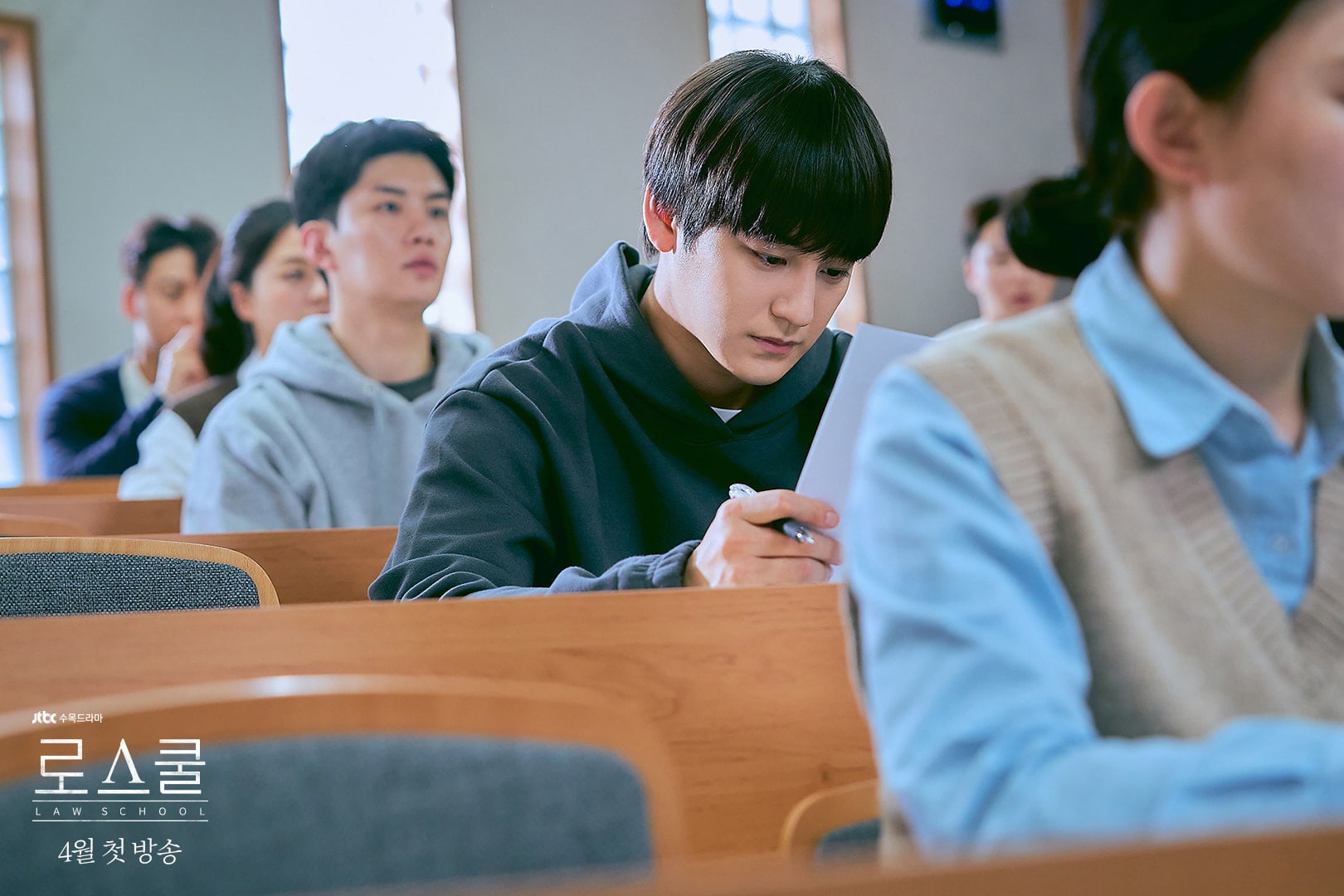 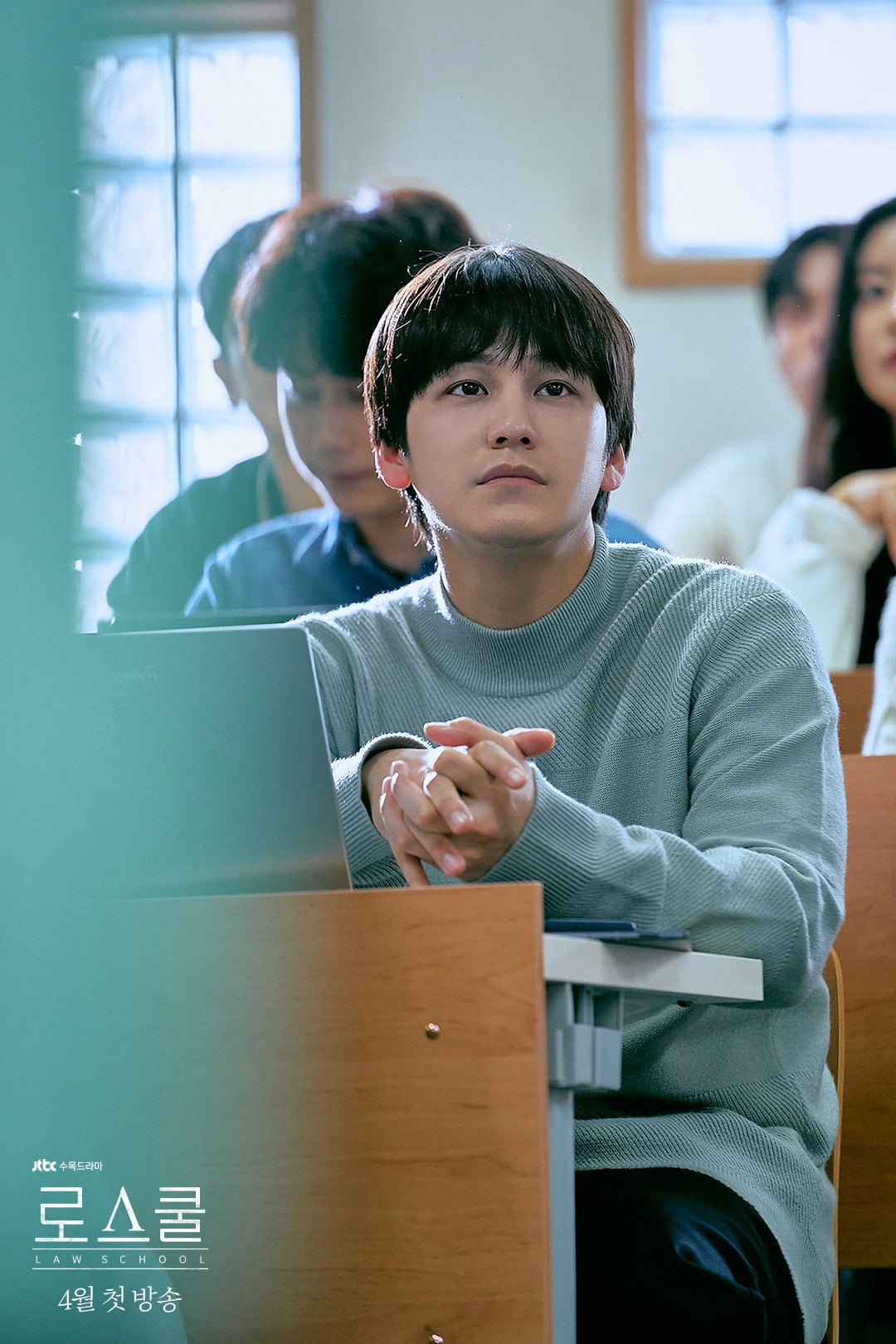 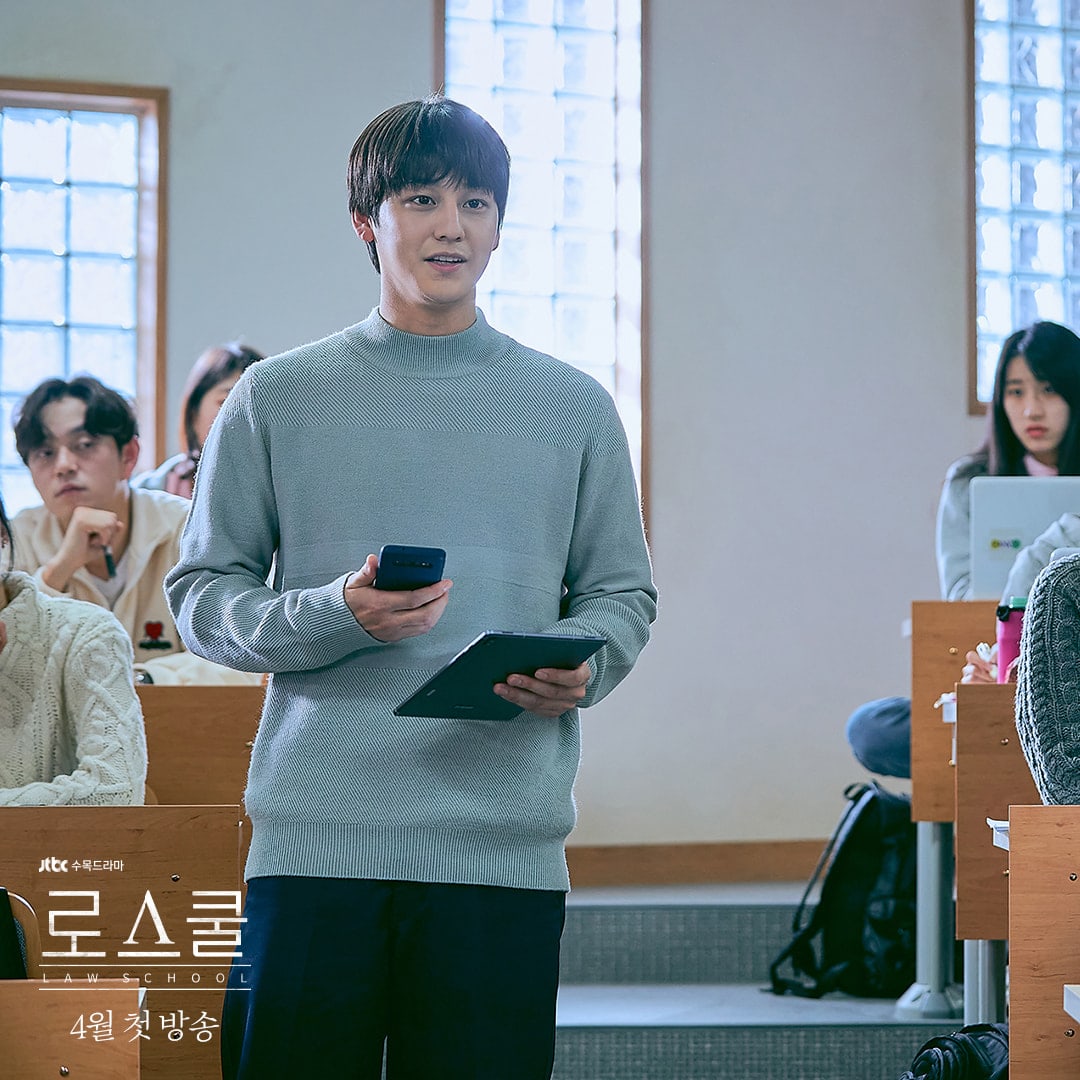 Kim Myung Min will take the role of Yang Jong Hoon, a criminal law professor who used to be an elite prosecutor. His harsh words make him the No. 1 professor to avoid among the students, but there is something addictive about his strict teaching methods that refuse to accept less than the best from his future juniors in the legal profession.

Yang Jong Hoon knows the power of the law is like a double-edged sword, so he despises those who practices expediency more than those who are ignorant about the law. He tried to implement justice as a prosecutor, but he had to step down from his profession due to a complex incident in the past. Since then, he has stood in front of law school students with the intention of unlocking their full potential.

In the newly released stills, Kim Myung Min fully transforms into Yang Jong Hoon with his impeccable appearance and sharp eyes. He scans the lecture room and walks around to make sure his students are keenly paying attention. Even though his harsh teaching methods may frustrate some students, there is no doubt they are effective, and he will force them to dig deeply into the numerous questions and tasks he throws at them.

The production crew commented, “Yang Jong Hoon is a character who calls for justice and never loses his position as an excellent expert in the field of law. He has a poker face that never reflects his inner feelings and a sharp tongue that spits out bitter words, but he also maintains his strict attitude fairly to everyone.” 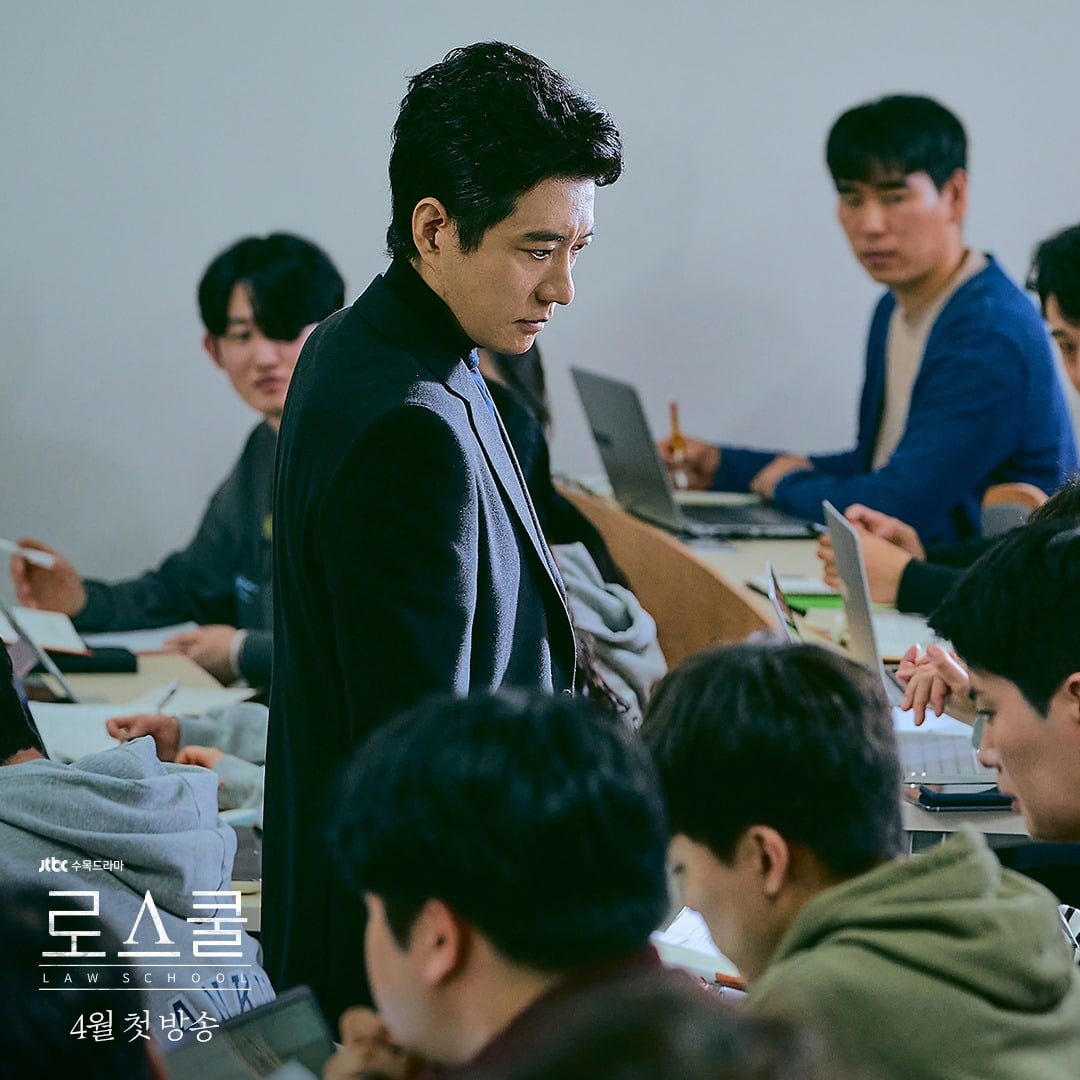 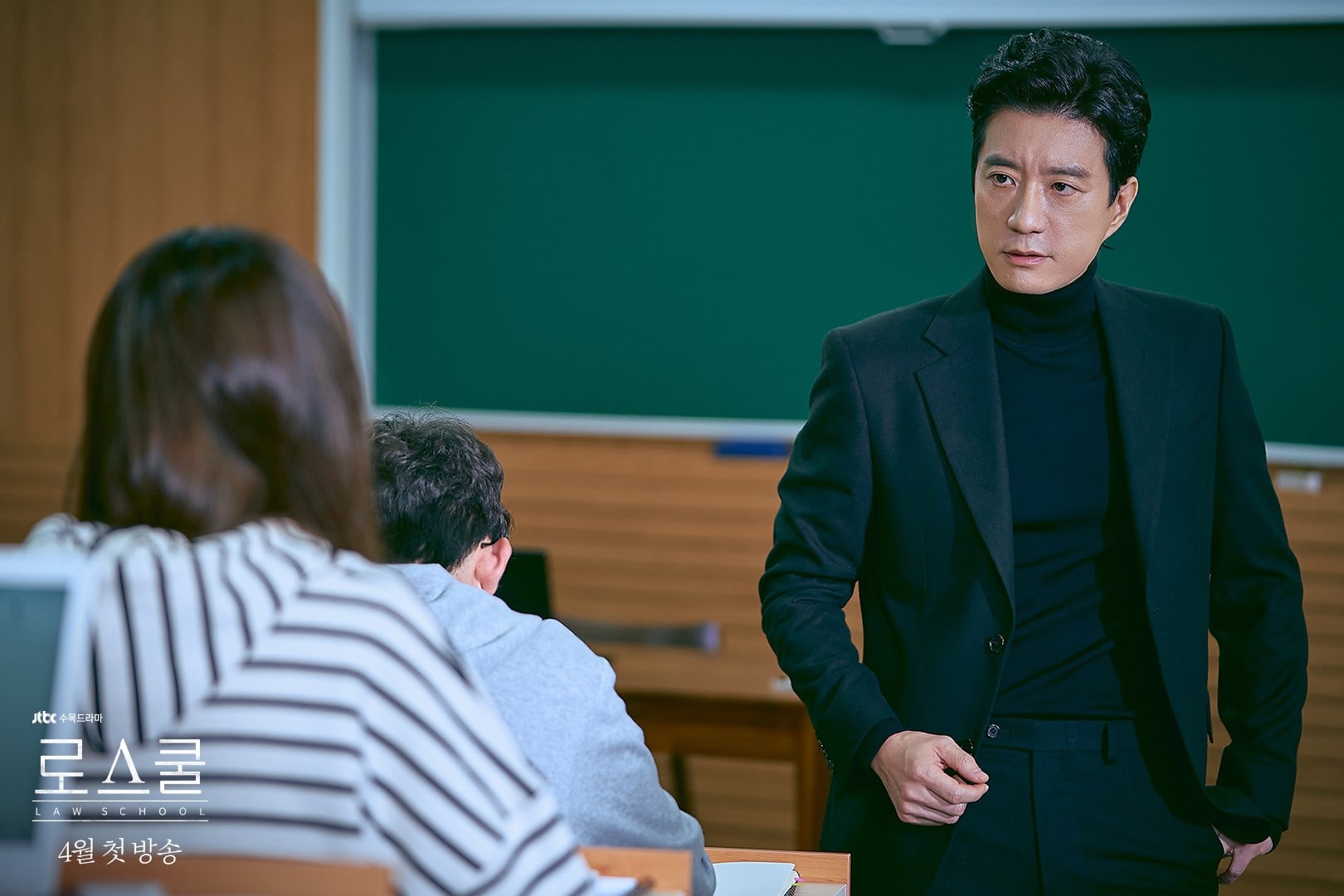 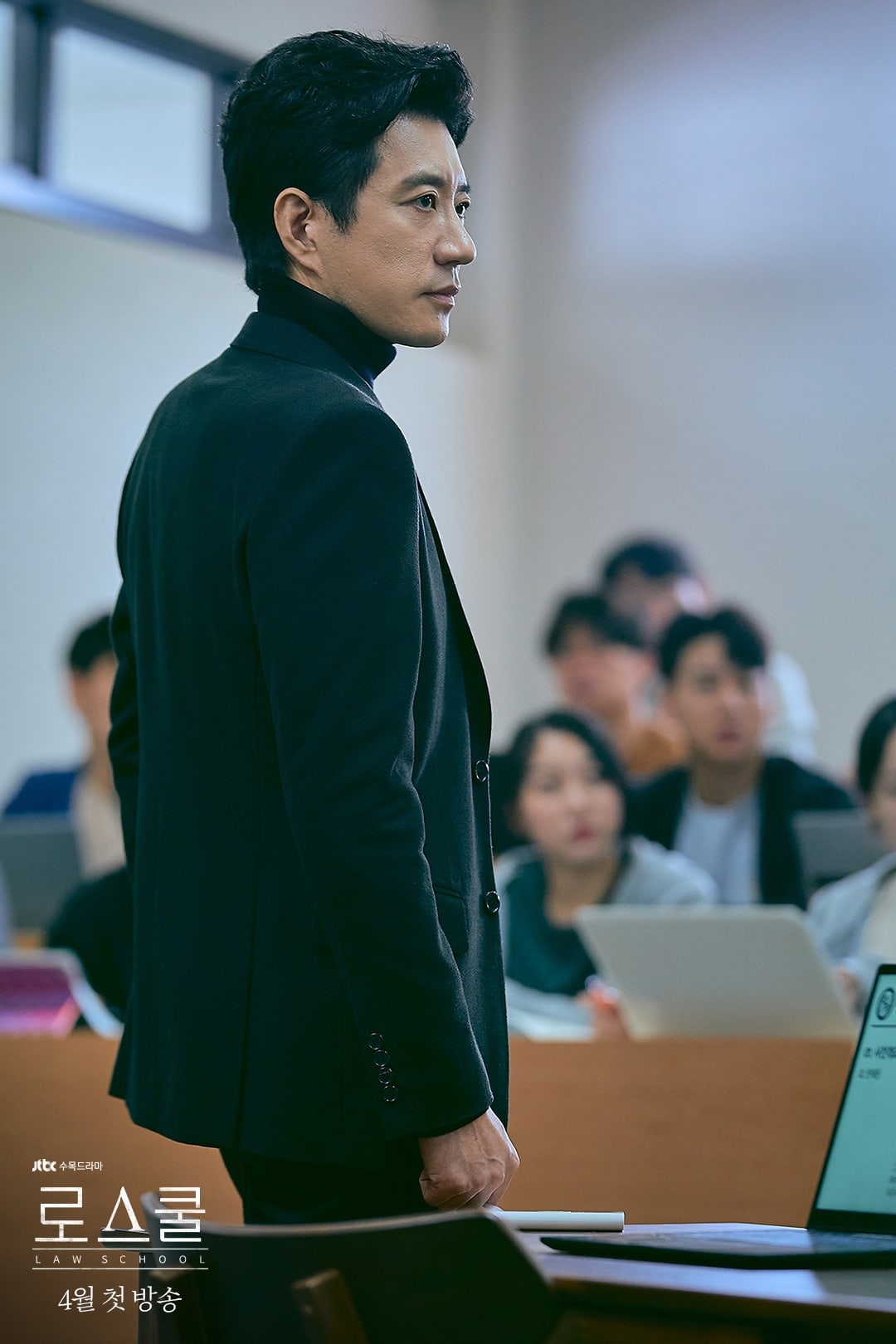 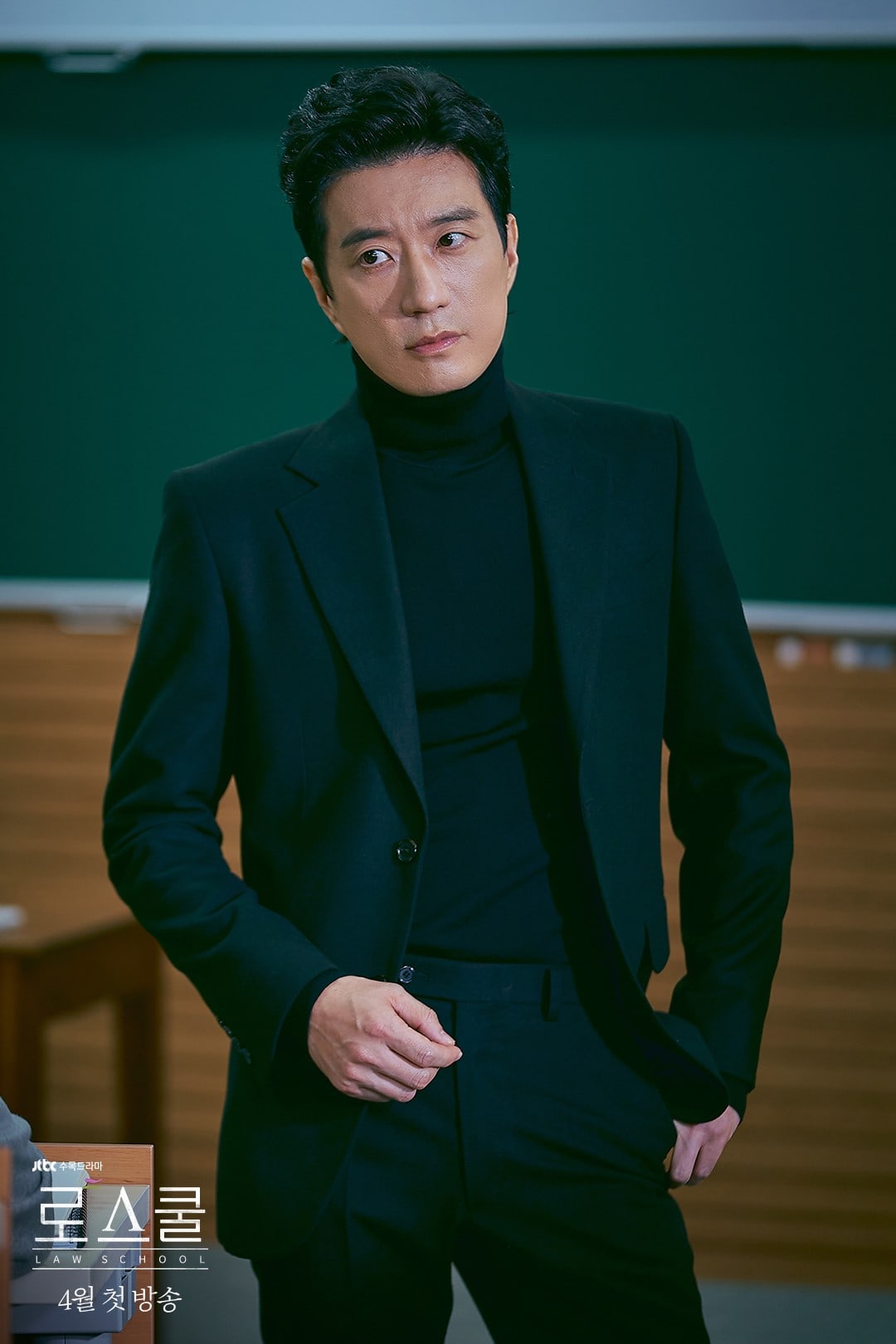 “Law School” is set to air in April after the end of “Sisyphus: The Myth.”

In the meantime, watch Kim Bum in “Tale of the Nine-Tailed“:

Kim Bum
Kim Myung Min
How does this article make you feel?