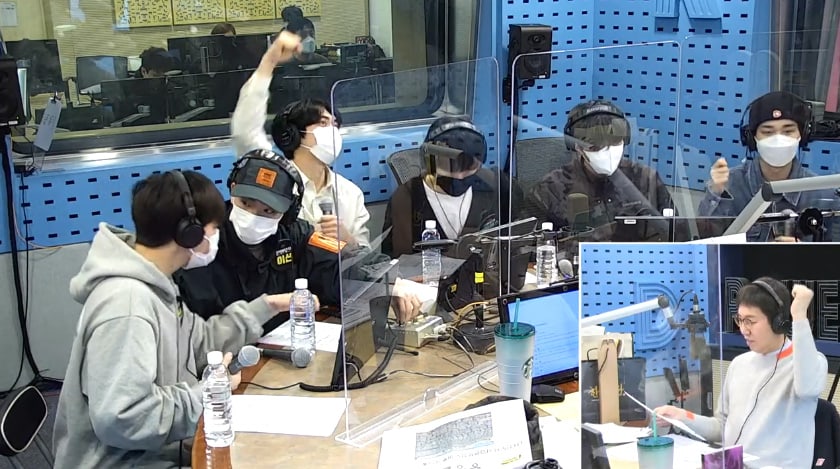 ONF took their first-ever music show win on “The Show” on March 2 with their new song “Beautiful Beautiful.” Hyojin said, “The first people we thought of were our fans, Fuse.” Wyatt said, “We worked on our full-length album for six months and poured our whole souls into it. I hope that people will enjoy the whole album because there are a lot of good songs on it.”

ONF is signed under WM Entertainment, home to senior idol groups like B1A4 and Oh My Girl. Radio DJ Kim Young Chul shared an audio message that Oh My Girl’s Hyojung and Seunghee had sent ONF in support.

MK said, “[B1A4 and Oh My Girl] always take care of us whenever we meet at the agency, buying us meals and telling us that they enjoyed watching our performances. They congratulated us when we won first place as well.”

ONF shared that they had seen their fanbase increase after their cover of Rain’s “It’s Raining” on Mnet’s “Road to Kingdom.” J-Us said, “I think that people liked it because we were able to show our overflowing energy and our unique color. People have said that they liked it because it gave off an ONF vibe that was different from the original.”

The ONF members also talked about their long training periods, with Wyatt saying, “Usually it’s about four or five years. If the members added all their training periods together, it would be about 40 years. MK and I trained for about seven to eight years.” E-Tion added, “I think that we’ve improved at singing since our debut and we’ve become more relaxed.”

Oh My Girl
B1A4
Kim Young Chul's PowerFM
ONF
How does this article make you feel?