Following the huge success of “Go Go Squid” in 2019, starring Li Xian and Yang Zi, the highly-anticipated spin-off drama “Go Go Squid 2: Dt. Appledog’s Time” is finally here! The drama focuses on the story between Wu Bai (Hu Yi Tian) and Ai Qing (Li Yi Tong) who are supporting characters in the original “Go Go Squid.” Based on the novel “Fish Playing While Trapped in a Secret Room” by author Mo Bao Fei Bao, “Go Go Squid 2: Dt. Appledog’s Time” is an adorable and romantic story between the brilliant robot combat player Wu Bai, also known as Dt, and the top female robotics competitor, Ai Qing, who is known as Appledog. Both have the same dream to promote the popularity and value of technological robots to the younger generation through robot combat competitions.

As noted by many drama fans, you do not need to watch “Go Go Squid” before watching “Go Go Squid 2: Dt. Appledog’s Time,” as it is considered a standalone drama. Although the drama is about robot competitions, its main focus is on the sweet romance between our main leads and how they strive together to support and chase after their dreams. If that isn’t enough to convince you, check out these reasons why you should add this drama to your binge-watch list.

A devoted and sweet male lead 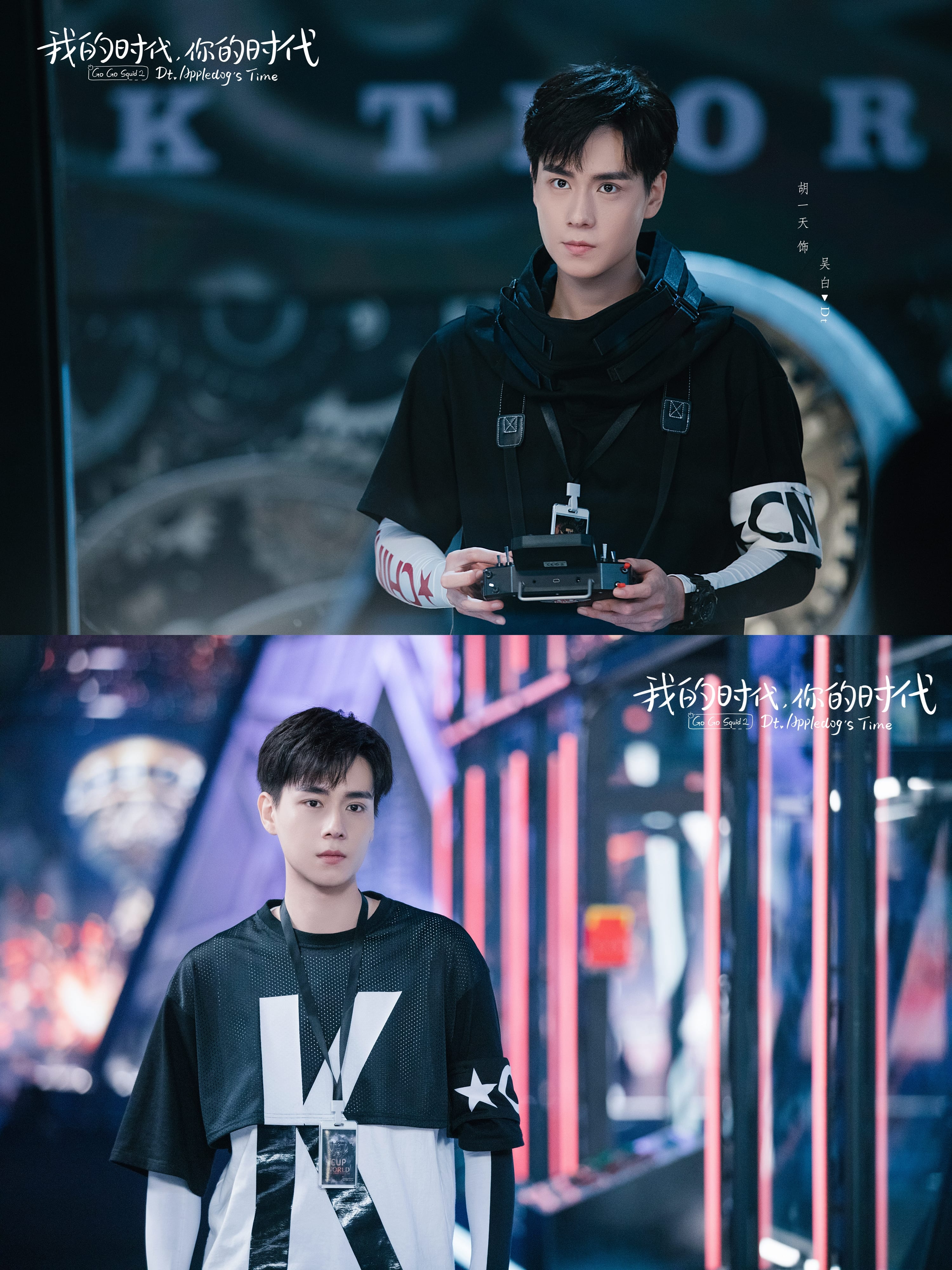 Wu Bai is a young and talented robotics player who leads the newly established Team K&K in China. Since he was 15 years old, Wu Bai has had a longtime crush on Ai Qing aka Appledog, who is known as a goddess in the robot combat industry due to her exceptional and unparalleled talent. Being a huge fan of Ai Qing, it motivated and inspired him to pursue a career in the robotics industry. With the hopes of being able to compete with Ai Qing one day, Wu Bai works hard to master his skills in robot combat. 10 years later, he finally achieves his goal and gets the chance to compete with his goddess.

As a viewer, you’ll be deeply moved by his devotion and love towards Ai Qing. He works hard in order for Ai Qing to recognize him as a man, not as a kid, and for her to acknowledge his talent and skills in robotics. Although Wu Bai is a quiet introvert, he’s quite upfront about his feelings towards Ai Qing and encourages her to pursue her dreams. He is a character we’d dream to have in real life and is truly boyfriend goals.

A strong and independent female lead 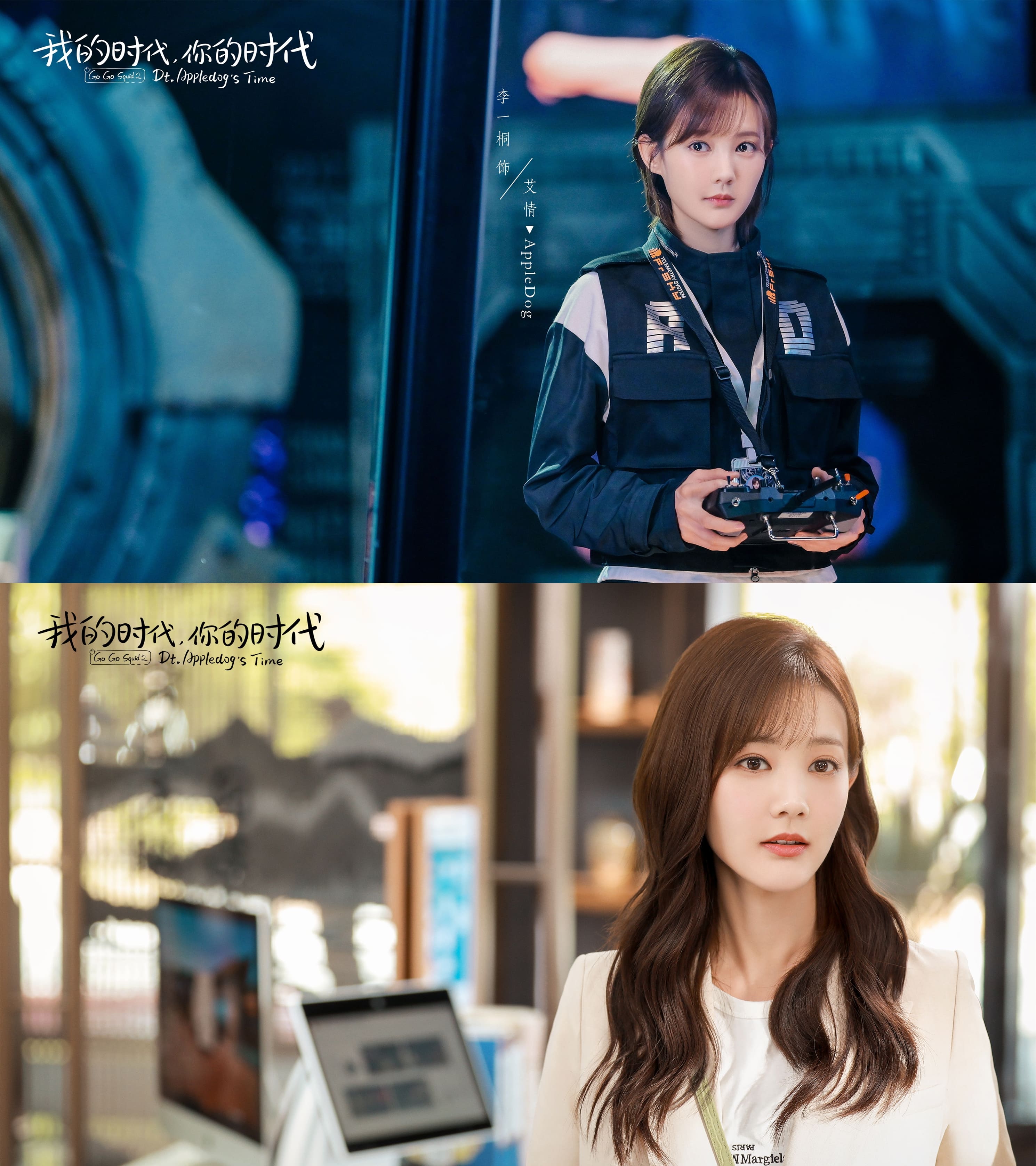 Our female lead Ai Qing is a great example of a strong and independent woman of the 21st century. Known as one of the top female robotics players in China and a former champion, she is well-loved in the industry and has many dedicated fans. However, during the height of her career, she suddenly chooses to retire in order to support her family by working in a regular job. Despite retiring for a few years, Ai Qing still secretly yearns to return to the robotics industry. She crosses paths again with Wu Bai, and he helps to reignite the spark in her heart to chase her dreams again.

One of the highlights of “Go Go Squid 2″ Dt. Appledog’s Time” is witnessing the growth of Ai Qing throughout the drama. She is ambitious, confident, brave, and faces setbacks with complete grace and maturity. You’ll surely root for her to achieve her lifelong dream of aiming to win the world championship competition representing China. 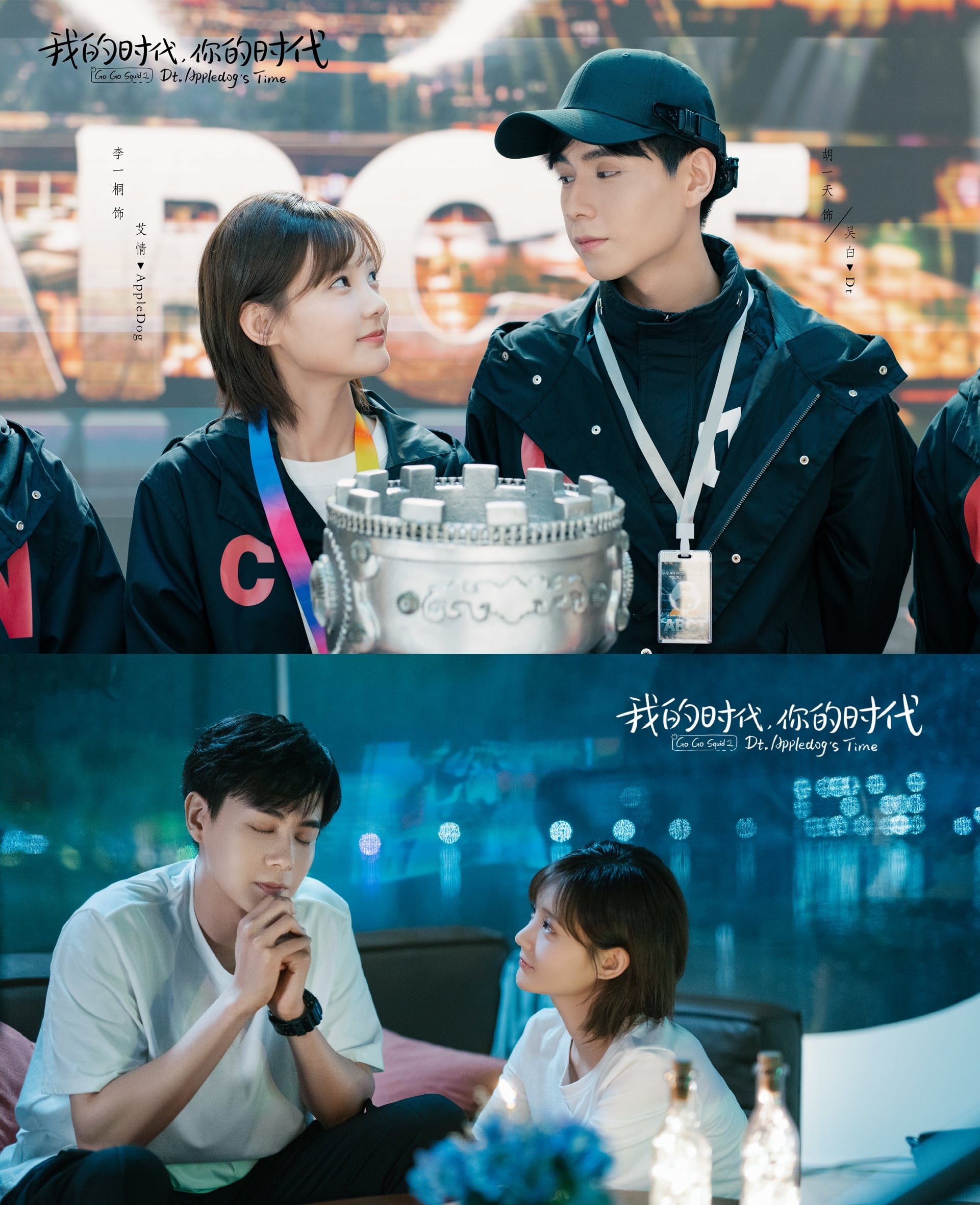 After training relentlessly for many years in robot combat, Wu Bai finally gets the chance to officially introduce himself to Ai Qing at a competition where they compete against each other. He ends up beating her, leaving a great impression. This leads them becoming good friends and eventually transitions them to lovers.

Wu Bai and Ai Qing are truly couple goals. They’re a strong and mature couple with minimal misunderstandings. Despite our OTP belonging to rival teams, Wu Bai with Team K&K and Ai Qing with Team SP, they are great at separating their work and personal life. They also deeply respect and admire each others’ talents and goals. What is so sweet our couple is how Wu Bai and Ai Qing genuinely support each others’ careers and aspirations. In particular, I love how Wu Bai helps Ai Qing overcome her insecurities by encouraging her to return to the robotics competition industry.

Our OTP, played by Hu Yi Tian and Li Yi Tong, has a very sweet and natural chemistry. They’re a great match, both complementing each other in terms of visuals and acting talent. You’ll surely love seeing the two interacting onscreen and anticipate the progress of their relationship. 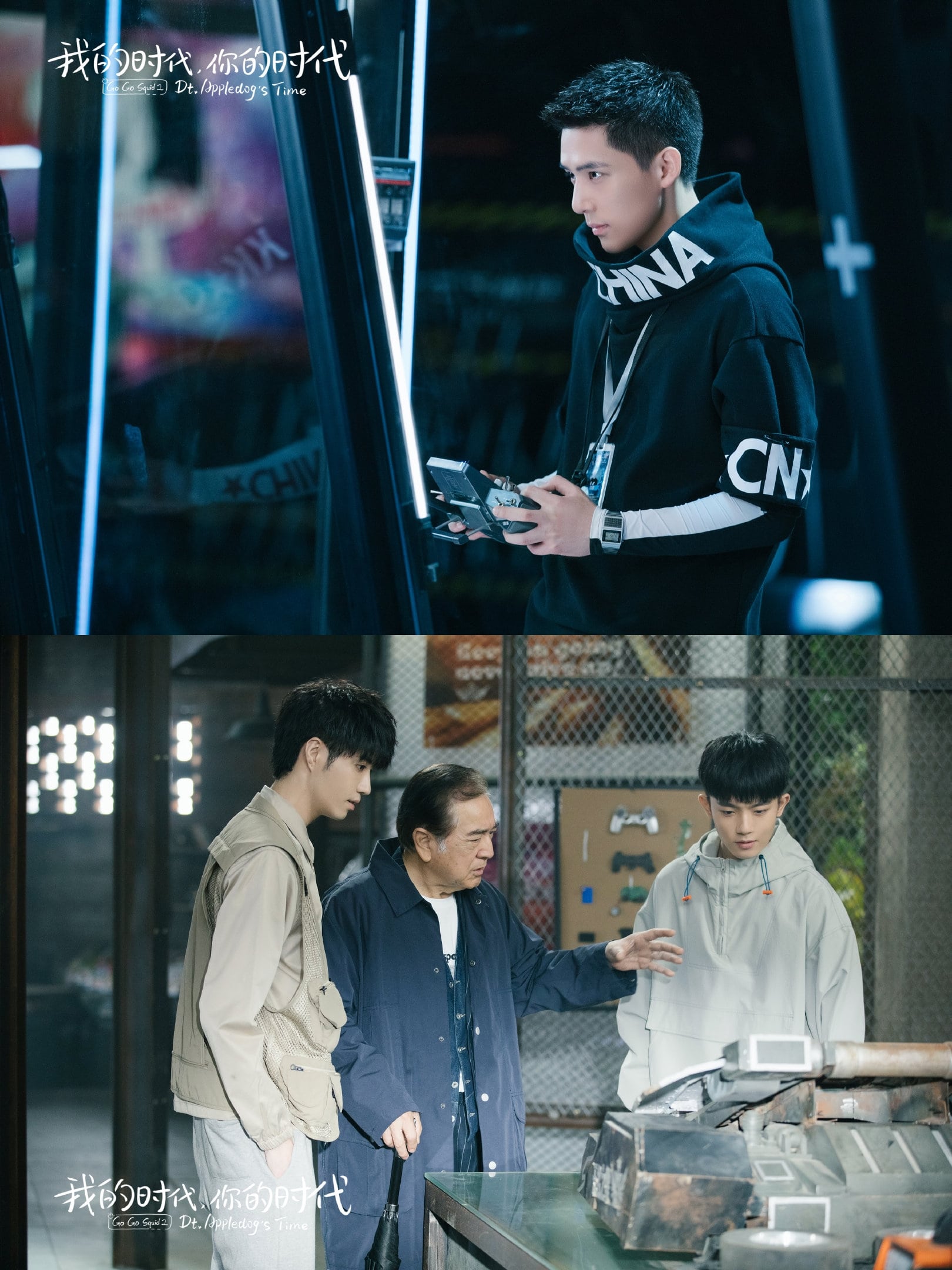 When it comes to both “Go Go Squid” dramas, you can’t deny that there is plenty of great supporting characters that you’ll fall in love with. In particular, I adore Ling San aka 97 (Li Ming De), Wu Bai’s right-hand man, and Ling Yi aka One (Xu Le Xiao), both of whom are core members of Team K&K. The duo injects an abundance of humor with their presence and hilarious dialogues.

Many “Go Go Squid” fans would say they watched the show for Hu Yi Tian, but they also became a fan of Wang An Yu who plays Shen Zhe, who is also known as Grunt. He’s a rising star in the robotics industry and one of the core members of K&K. He’s a complete scene-stealer with his incredibly charming, playful personality, and he has a cute romance with Ai Qing’s older sister Ai Jing (Wang Ke Ru).

Of course, who doesn’t love Wu Bai and Han Shang Yan’s grandpa played by the legendary veteran Hong Kong actor Paul Chun? He’s always a ball of delight when he appears onscreen and the perfect matchmaker when it comes to the love lives of his two grandsons. Fans will be elated to see Grandpa Han return to the spin-off drama. 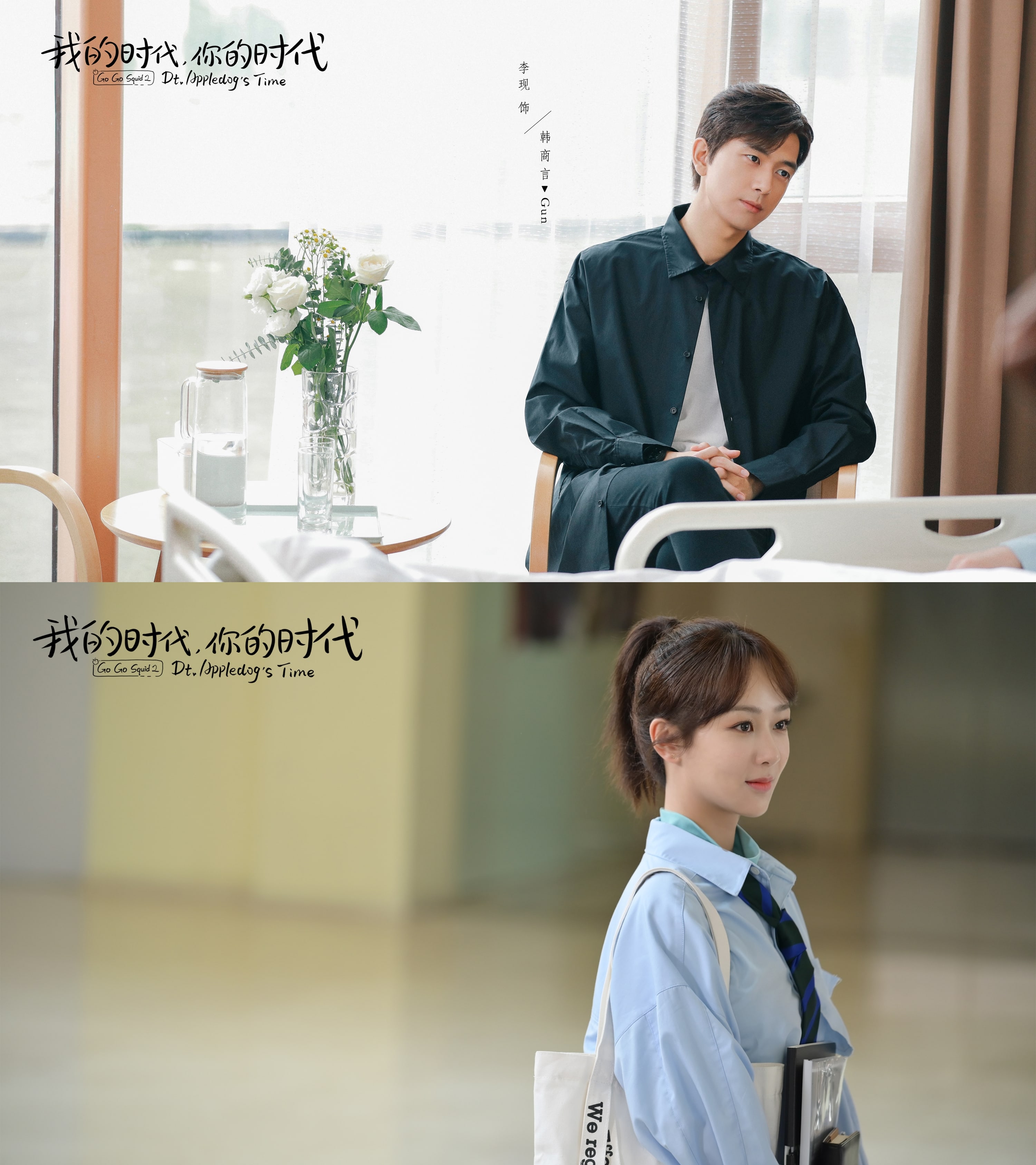 Fans of the original “Go Go Squid” drama will be ecstatic to see Li Xian and Yang Zi reprise their roles as Han Shang Yan and Tong Nian as guest stars throughout “Go Go Squid 2: Dt. Appledog’s Time.” A particularly good scene is when Tong Nian gives advice to Wu Bai on how to propose to Ai Qing. She provides great advice by stating that a romantic proposal isn’t the most important, instead it is about being able to provide confidence to a girl regarding their future life together. In addition, the ending of the drama provides a wonderful closure to both the original drama and spin-off, giving you a dose of “double happiness” that will definitely satisfy fans.

Hey Soompiers, have you watched “Go Go Squid: Dt. Appledog’s Time”? What do you think of the drama? Let us know in the comments below!

Currently watching: “The Sword and the Brocade,” “Storm Eye” and “Vincenzo,”
All-time favorite dramas: “Go Ahead,” “Nirvana In Fire,” “Queen In Hyun’s Man,” “A Witch’s Romance,” “Love O2O,” “Skate Into Love” and “My Mr. Mermaid”
Looking forward to: “Ancient Love Poetry,” “Glory of the Special Forces,” “The Oath of Love,” and “Octogenarians and the 90s”