Upcoming drama “The Witch’s Diner” has announced its main cast!

Following Song Ji Hyo being confirmed for the drama in early February, it was revealed on March 5 that Nam Ji Hyun and Chae Jong Hyeop are confirmed to join her.

“The Witch’s Diner” is about a witch restaurant that sells food that grants wishes and customers who want to live different lives even if they have to sell their own souls. It’s based on the story written by Goo Sang Hee that won the daesang (grand prize) at Kyobo Book Centre’s third story contest. The drama will be about people becoming healed through the witch’s food during a difficult time in their lives.

Song Ji Hyo is the restaurant’s mysterious owner and witch who fulfills people’s wishes with food, while Nam Ji Hyun will play restaurant employee Jung Jin whose goal is to live a normal life. Chae Jong Hyeop is part-time worker Lee Gil Yong who comes upon the restaurant while looking for the answer to his life.

The cast including Song Ji Hyo, Nam Ji Hyun, Chae Jong Hyeop, Ahn Eun Jin who is making a special appearance, and more were present at the first script reading on February 26. Also present were the directors So Jae Hyun and Lee Soo Hyun along with the writer Lee Young Sook. 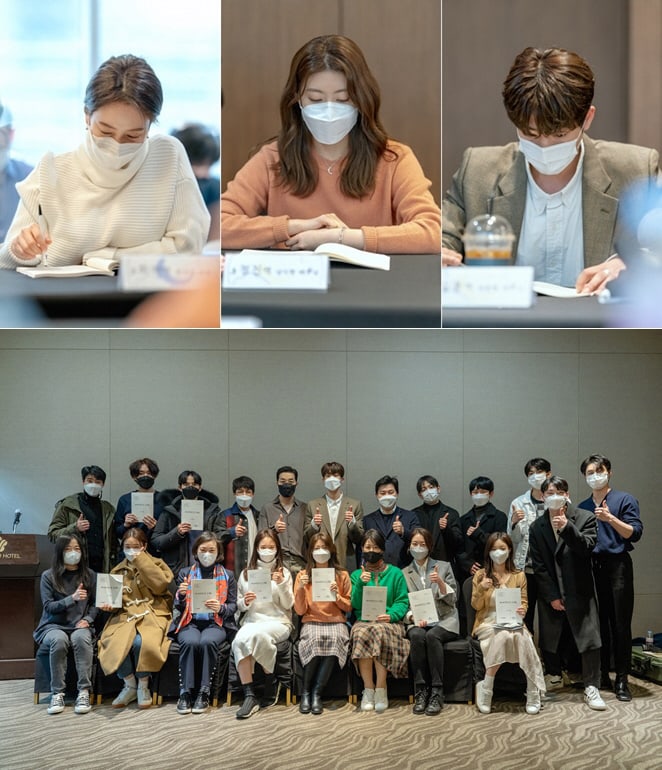 Director So Jae Hyun, who has previously worked on “Forest of Secrets,” “100 Days My Prince,” “It’s Okay to Not Be Okay,” and more, commented, “‘The Witch’s Diner’ is a story that can be relatable for a wide range of viewers. We will do our best to provide comfort to viewers during this difficult time.”

“The Witch’s Diner” has started filming and is scheduled to premiere this summer via TVING.