Watch: Rain Reveals His And Kim Tae Hee’s Kitchen As He Cooks For His Family At Home

Rain gave viewers a peek inside his kitchen on the latest episode of “The Manager”!

Following his guest appearance on the show last week, the March 6 broadcast of MBC’s “The Manager” continued to follow Rain as he went about his everyday life.

At one point during the episode, the singer headed to the supermarket to pick up some seafood for dinner, including a massive king crab and some fresh sashimi.

Rain then returned home to personally cook fried rice with crab for his family, sharing a glimpse of his and Kim Tae Hee’s home and kitchen in the process. The footage of his house revealed that the couple had installed a baby fence on the stairs to keep their young daughters safe, as well as an assortment of toys tucked away in a crib. 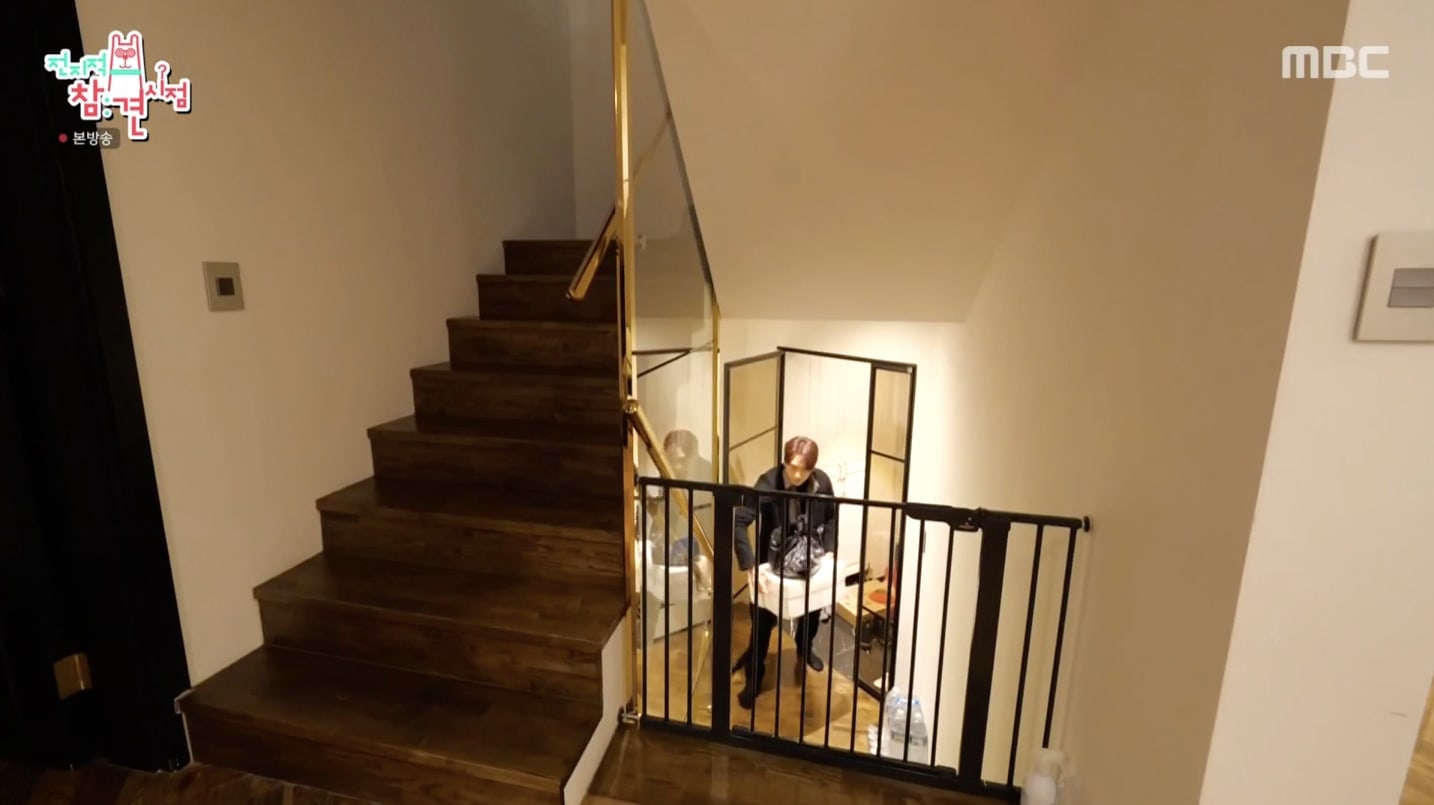 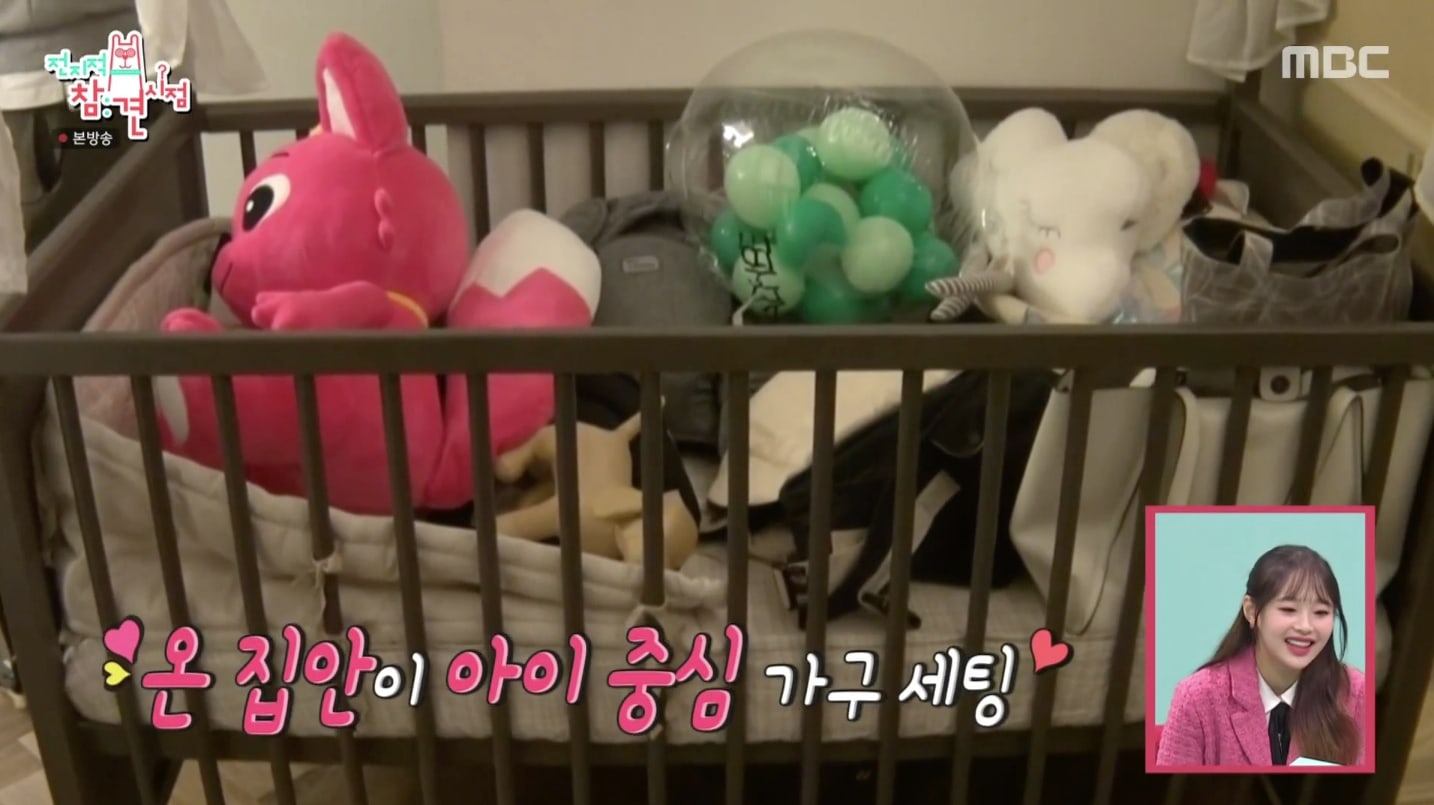 As the panelists and guests watched the footage of Rain and Kim Tae Hee’s kitchen in the studio, Rain remarked, “I personally designed the interior of our entire home.”

Later, after he had finished cooking, Rain called out to his family, “Let’s eat!” He then worried, “Why is it so quiet? The kids aren’t usually like this.” Finally, he turned to the camera and said, “Since my family is very shy, our filming for today will end here. Thank you.” 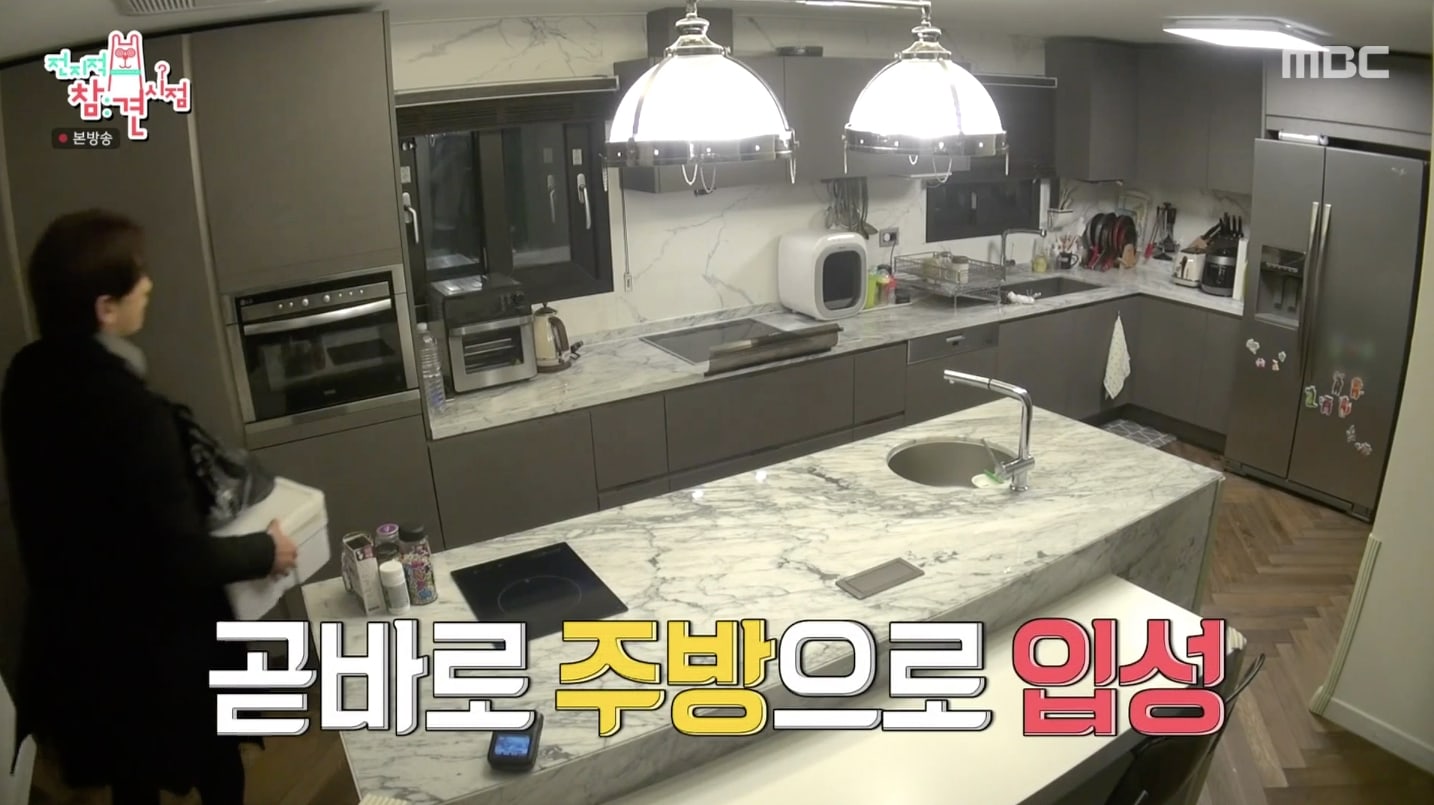 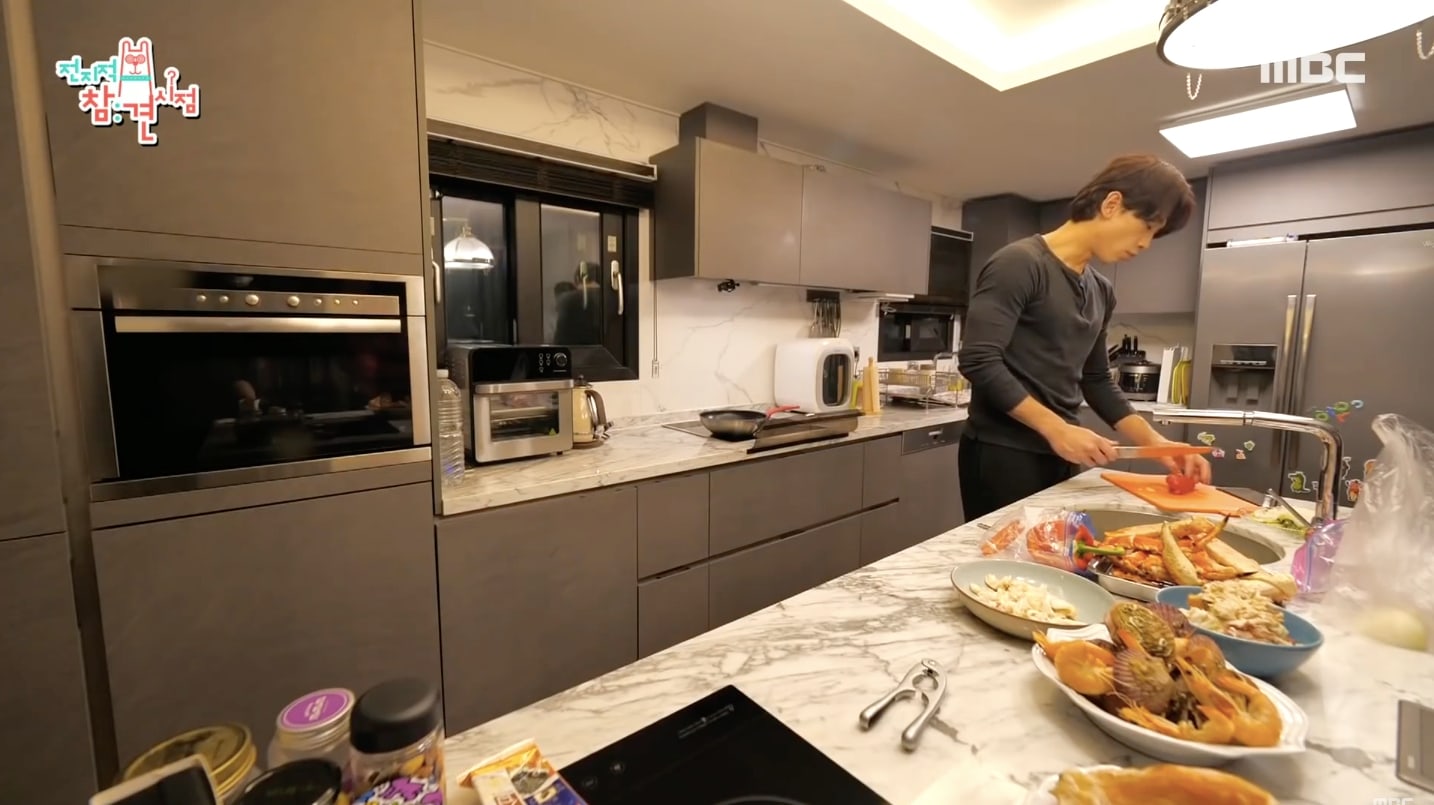 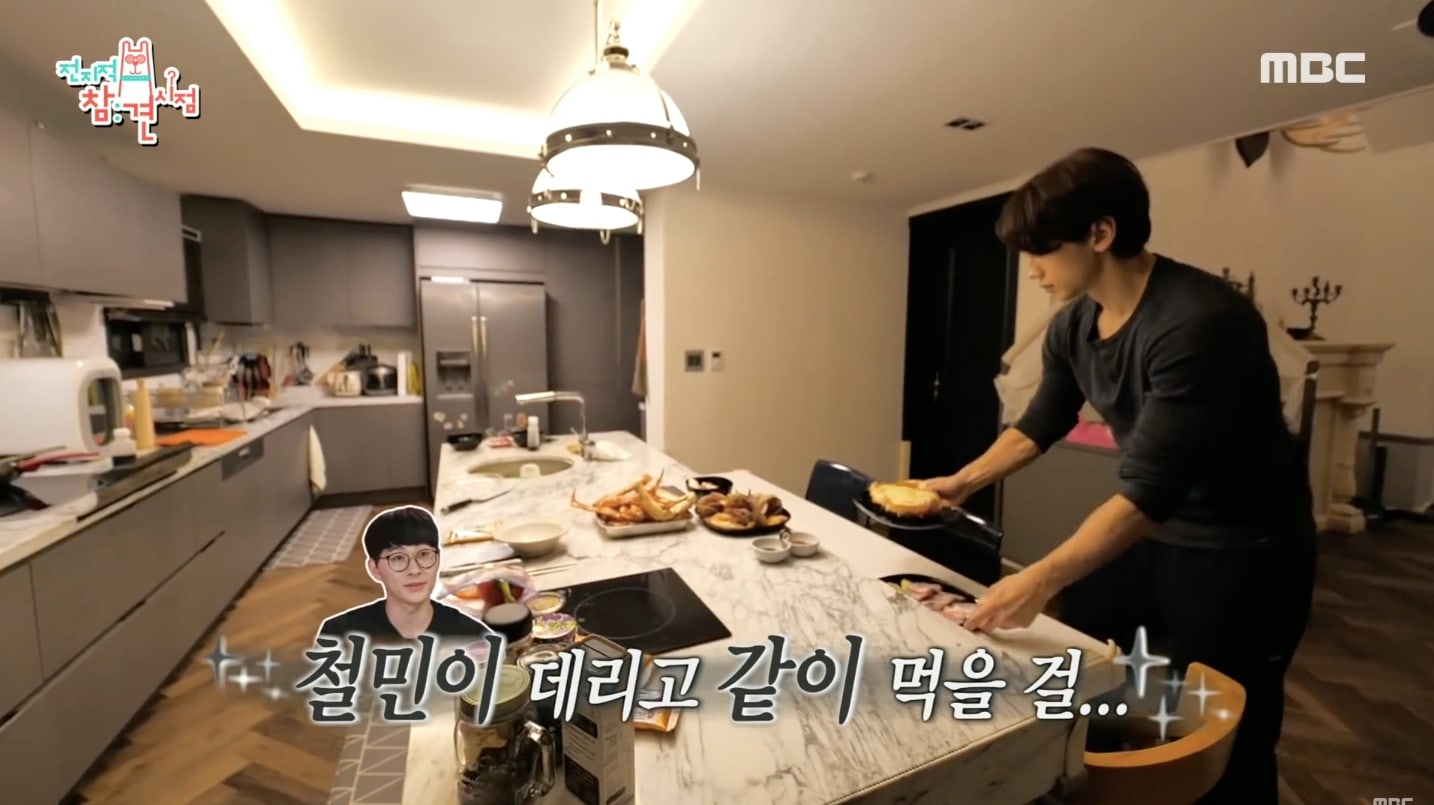 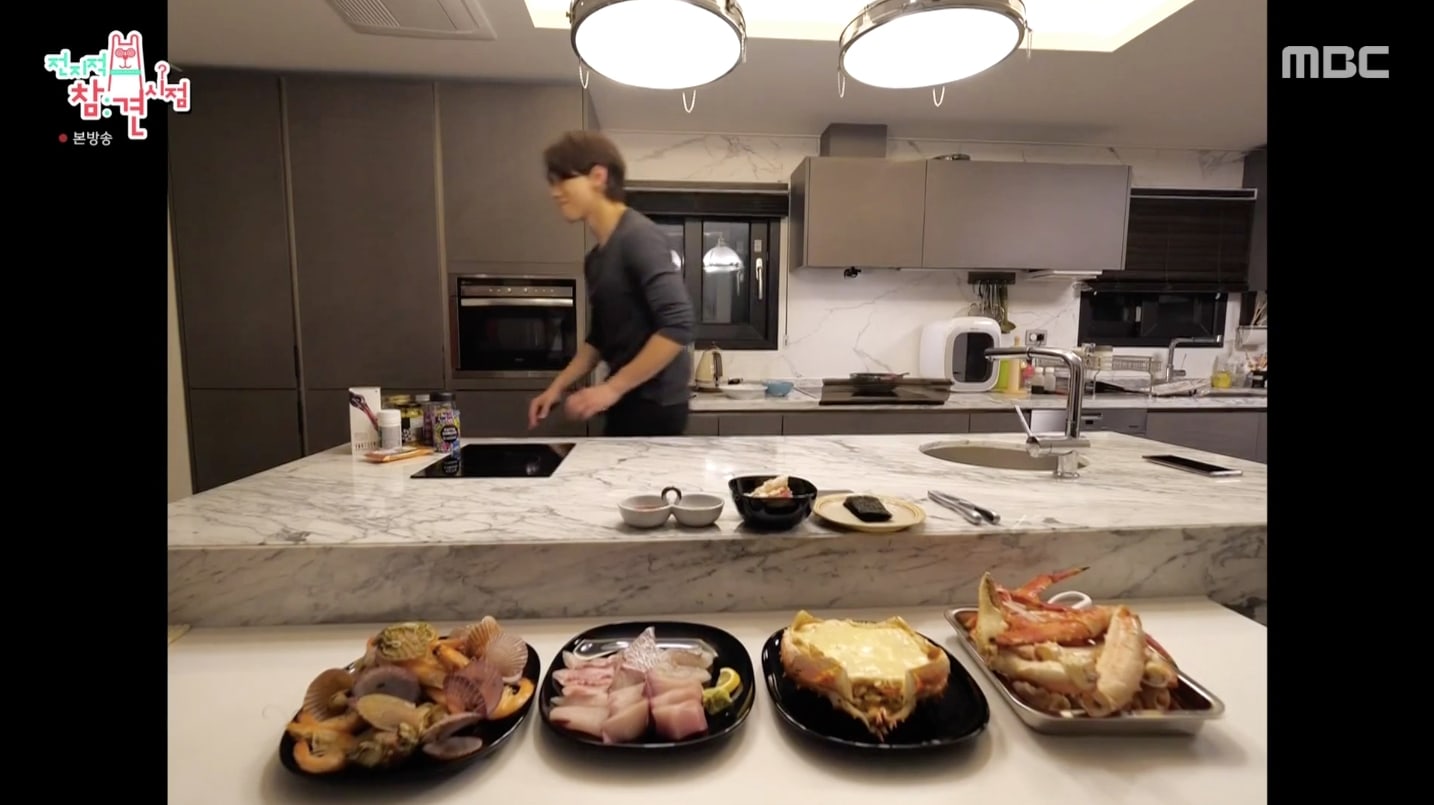 Check out the clip of Rain cooking at home below!

Watch the full episode of “The Manager” with English subtitles here:

Kim Tae Hee
Rain
The Manager
How does this article make you feel?