On March 8, the Netflix series “Love Alarm 2” held an online press conference with director Kim Jin Woo and cast members Kim So Hyun and Song Kang. Jung Ga Ram, who is completing his mandatory military service, called in with a video message.

Song Kang said, “We were able to do a second season because there was so much love for the first. If the first season was about the characters as students, then the second season shows them as adults and learning how to adjust to each other.”

About his skyrocketing popularity, the actor said, “I was dazed by it. I realized how popular the show was when I received so many comments in different languages about the second season. I resolved that I should work harder from now on.”

He added, “In the first season, Sun Oh had gotten hurt from a sudden farewell. In the second season, he’s become more mature and has more inner strength. If season one was about the fresh-faced youth of high school students, then season two is more mature. I think it’ll be fun to look forward to how the characters in season two resolve the conflicts from season one.” 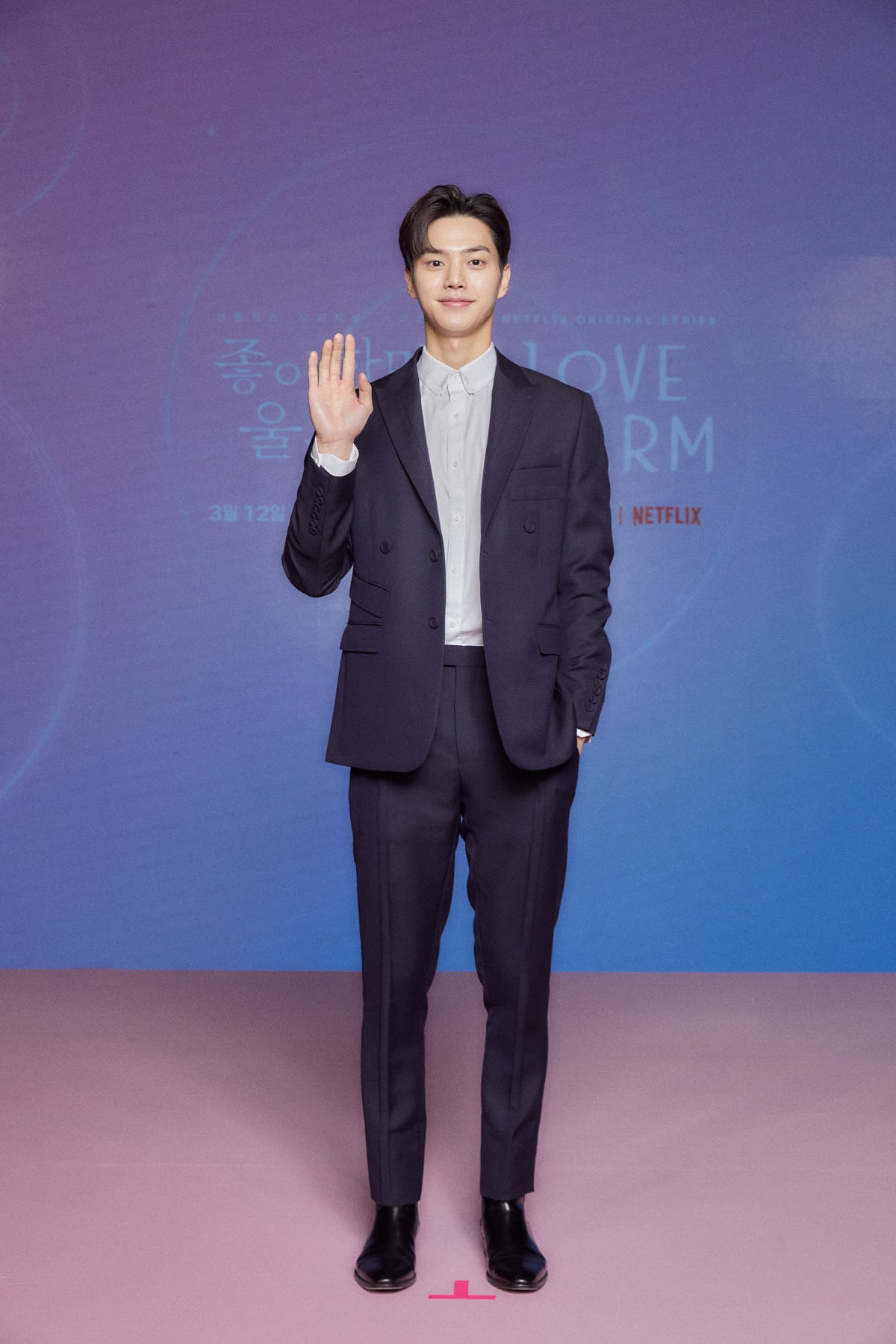 Kim So Hyun said, “I don’t think it ever felt easy to play Jo Jo. I thought a lot about how to express wavering feelings, but the director had a specific direction he wanted, so I trusted him and went with that. There have been times when I wanted to hide my feelings. I’ve often thought that it would be preferable to hide when I was feeling hurt. But [unlike Jo Jo], I want to be honest about my feelings.”

She added, “I think that my choices made both Sun Oh and Hye Young suffer. Even if the ‘Love Alarm’ app really existed, I don’t think I would download it. I’d express my feelings directly.” Song Kang added, “It’s nice to be able to express yourself easily, but I think it’s more sincere if you do it directly.”

The actress also said that she had gotten more comfortable with the cast and crew and said, “It’s not even nerve-racking to be here [at the press conference]. It’s fun. We’re all peers and we like to joke around, so we got closer and felt a sense of comradeship during the shoot.” 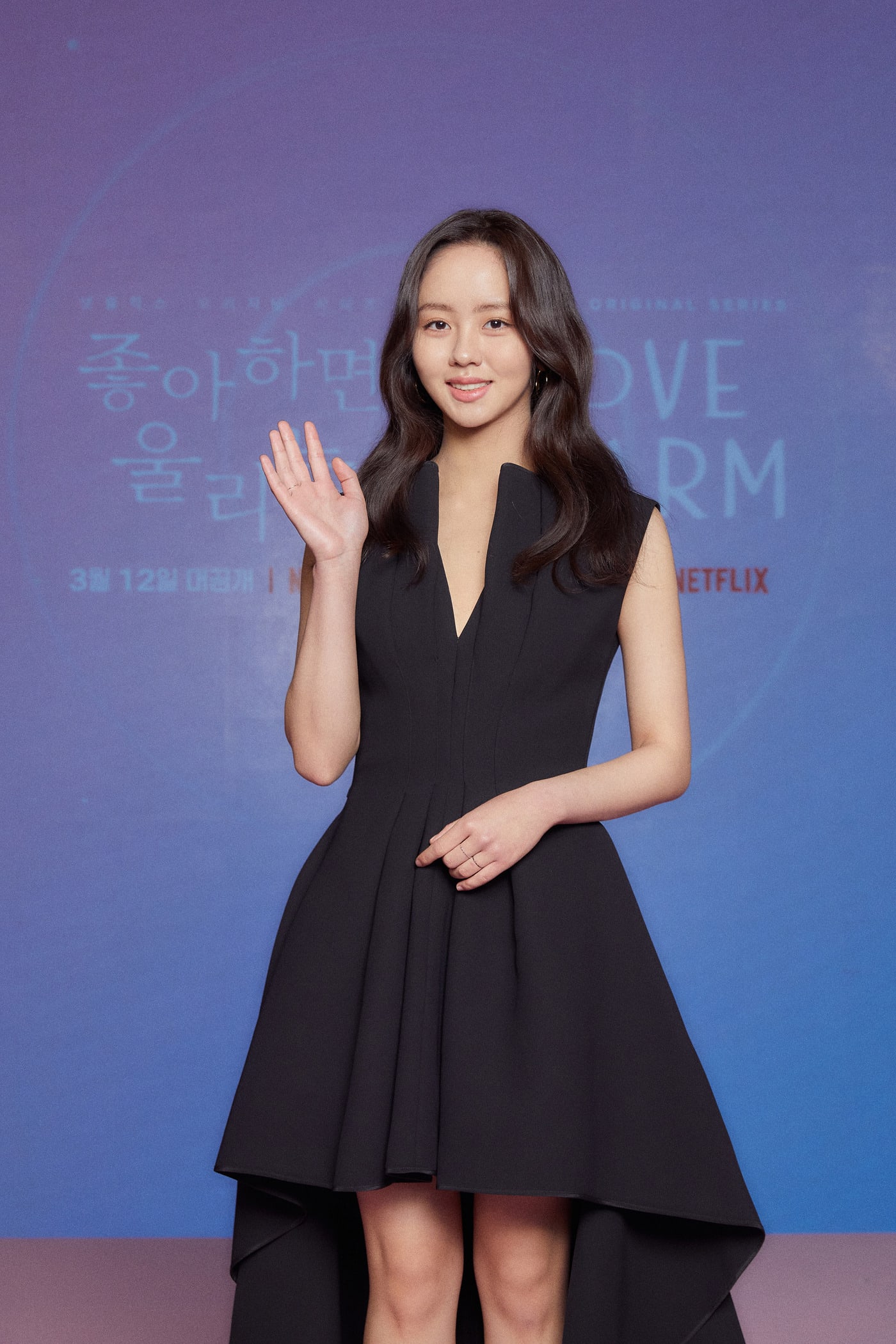 Kim Jin Woo, who had not directed the first season, joked, “I was uncomfortable during filming. Everyone was so good and working so well together and I was nervous and afraid that I wouldn’t be able to properly capture all that as a director. It was a lot of pressure to take on the second season. I thought of it as the actors having established such great characters in the first season, all that was left for me to do was follow what choices these characters would make. I think that’s what sets the second season apart.” 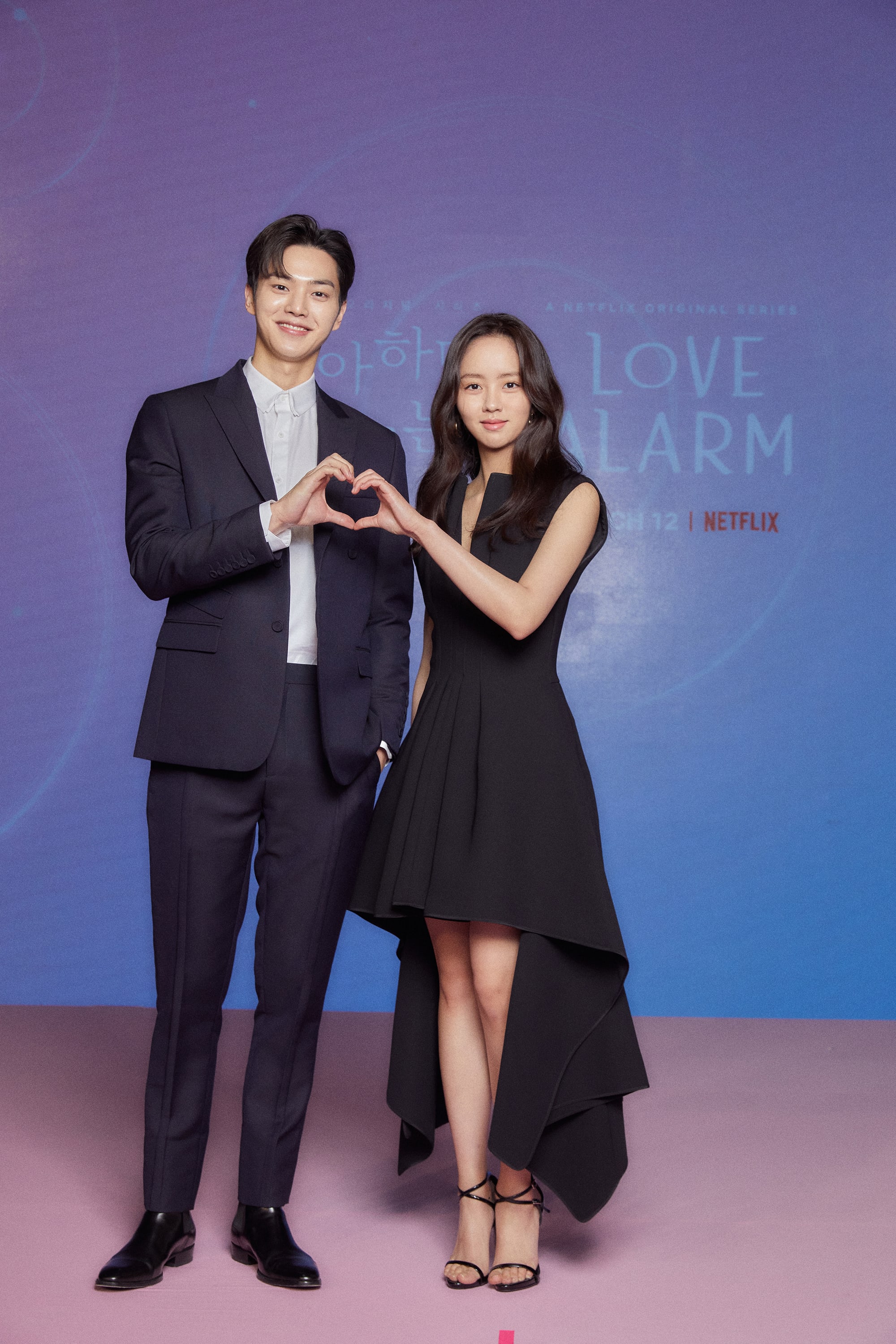 “Love Alarm 2” will premiere on March 12. Check out a teaser here!

Kim So Hyun
Song Kang
Love Alarm 2
How does this article make you feel?