Brave Girls’ Yujeong Reveals Group’s Reaction To “Rollin'” Suddenly Topping Charts, How Close They Were To Disbandment, And More

Brave Girls’ Yujeong sat down for an interview to talk about the sudden success of “Rollin'”!

On March 8, YouTube channel Kpop Idol Olympic uploaded an interview featuring Yujeong in which she spoke about what the group has been up to.

Regarding the love they’ve recently received for “Rollin’,” Yujeong commented, “We just thought, ‘This will become an issue for a second and then disappear,’ so we couldn’t believe it.”

Yujeong has especially been garnering interest for her bright smile, which people have said resembles the Pokémon Squirtle and shows how genuinely happy she is to be on stage. She explained, “[When I perform,] I pinpoint one person. If I try to convey my facial expressions to too many people, it doesn’t come out like that. I pick the one person with the best reactions. I think, ‘Okay, today I’m going to show you everything I have to offer.'” 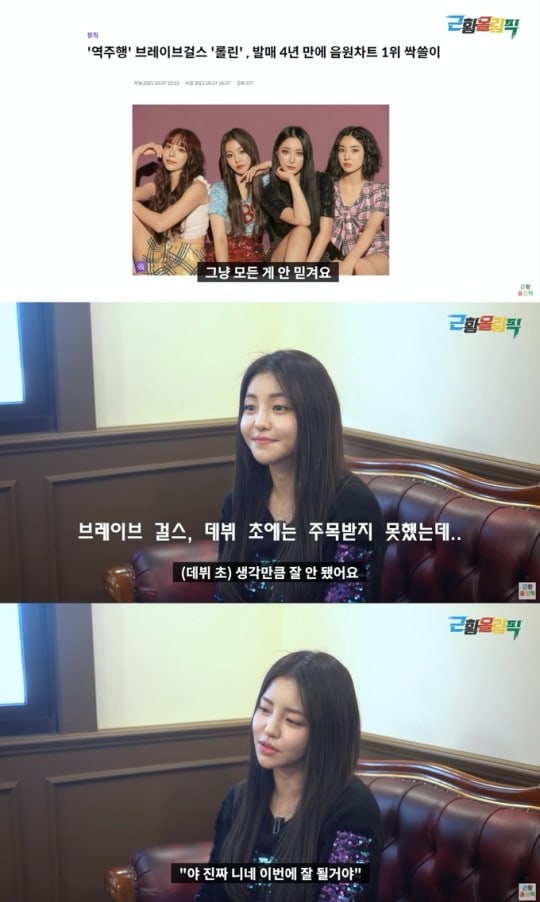 Although the original group debuted in 2011, the current members of Brave Girls made their debut in 2016 with “Deepened.” Yujeong shared, “I ambitiously made my debut with the song ‘Deepened.’ At the time, our concept was a bit of a breakthrough. We wore athleisure, tanned ourselves, and intensely filled in our eyebrows, so our CEO told us, ‘Hey, you guys are the best. This time, you’re really going to do well. Believe in me.'”

She continued, “We came out so confidently but everyone looked at us confusedly. It felt like we were ahead of the time. Then ‘High Heels’ came out with a bright concept, but that didn’t do well either.”

The interviewer also asked whether there were any memorable comments she had read, to which Yujeong responded, “When we made a comeback last year, someone wrote, ‘Guys, don’t give up.’ There was no response [to our release] so that really touched me. I screenshot that and still have it saved. I cried a bit by myself in our dorm. I thought, ‘At least there’s one person who is still supporting us.'”

Finally, Yujeong spoke about what the team has been doing before and after the success of “Rollin.” She jokingly shared, “If I’m to talk about this, we have to stay up all night.”

Yujeong continued to explain, “Our team is not young. I’m the second oldest and I’m 31 [in Korean age]. Between the members, we said, ‘We can’t do this much longer. It’ll be better to end this quickly,’ just last Tuesday [February 23]. Right now, Yuna and I have already moved out of our dorm. It was nearly the end.” 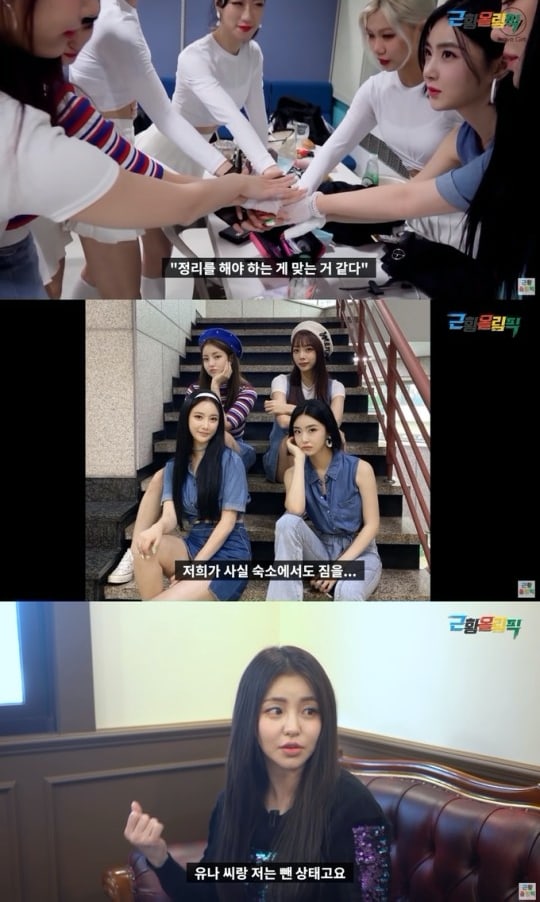 She added that the video had begun to gain traction about a day before that conversation, but that the members could not get excited because they didn’t want to get their hopes up. Yujeong shared, “That’s how low our self-esteem was. We just thought, ‘Nothing we do will work out, because nothing the four of us have done so far has worked out. Let’s not do this and just work normally.'” She revealed that they had even discussed what jobs they might try out next, with Yujeong sharing that she had thought about becoming a show host.

After seeing “Rollin'” finally hitting No. 1 on music charts while they were in the car, Yujeong explained how she felt saying, “It wasn’t just that it didn’t work out. It was so hard. We’re in our sixth year now and have been dragging this out for so long that I think we know better just how valuable this is and how thankful we are. There are now so many people who are giving me strength and have expectations for me that I feel that much more responsibility so I just want to show our original selves.”

Lastly, Yujeong shared some inspiring words. She commented, “Due to my promotions, I graduated college after eight years. After debuting, I fell over, but I eventually got to where I wanted to go. You can’t know the course of one’s life. If you’re thinking ‘Can I do this?’ ‘Can I start chasing this dream?’ just because of your age, then I hope that you won’t have those thoughts.” 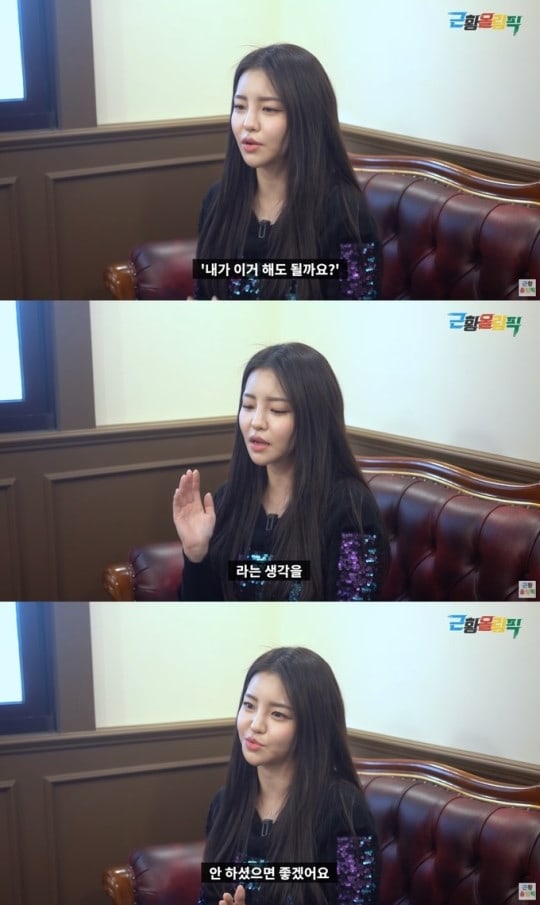 Brave Girls will be returning to music shows this week to perform their hit “Rollin'”!

Brave Girls
Yujeong (Brave Girls)
How does this article make you feel?