The MBC drama “Oh My Ladylord” is upping the excitement for its premiere with new teasers!

The drama previously released posters that put the spotlight on the pair’s chemistry, as well as their love triangle with Oh Ju In’s long-time friend Jung Yoo Jin (played by CNBLUE’s Kang Min Hyuk). On March 15, the program shared its main poster, which features a sweet and romantic atmosphere between the two characters.

As they stare into each other’s eyes while illuminated by the spring sunshine, a tagline on the poster reads, “Just as there is spring at the end of winter, there is you at the end of me.” It previews the warm and joyful love between the pair and hints at how important they are to each other. 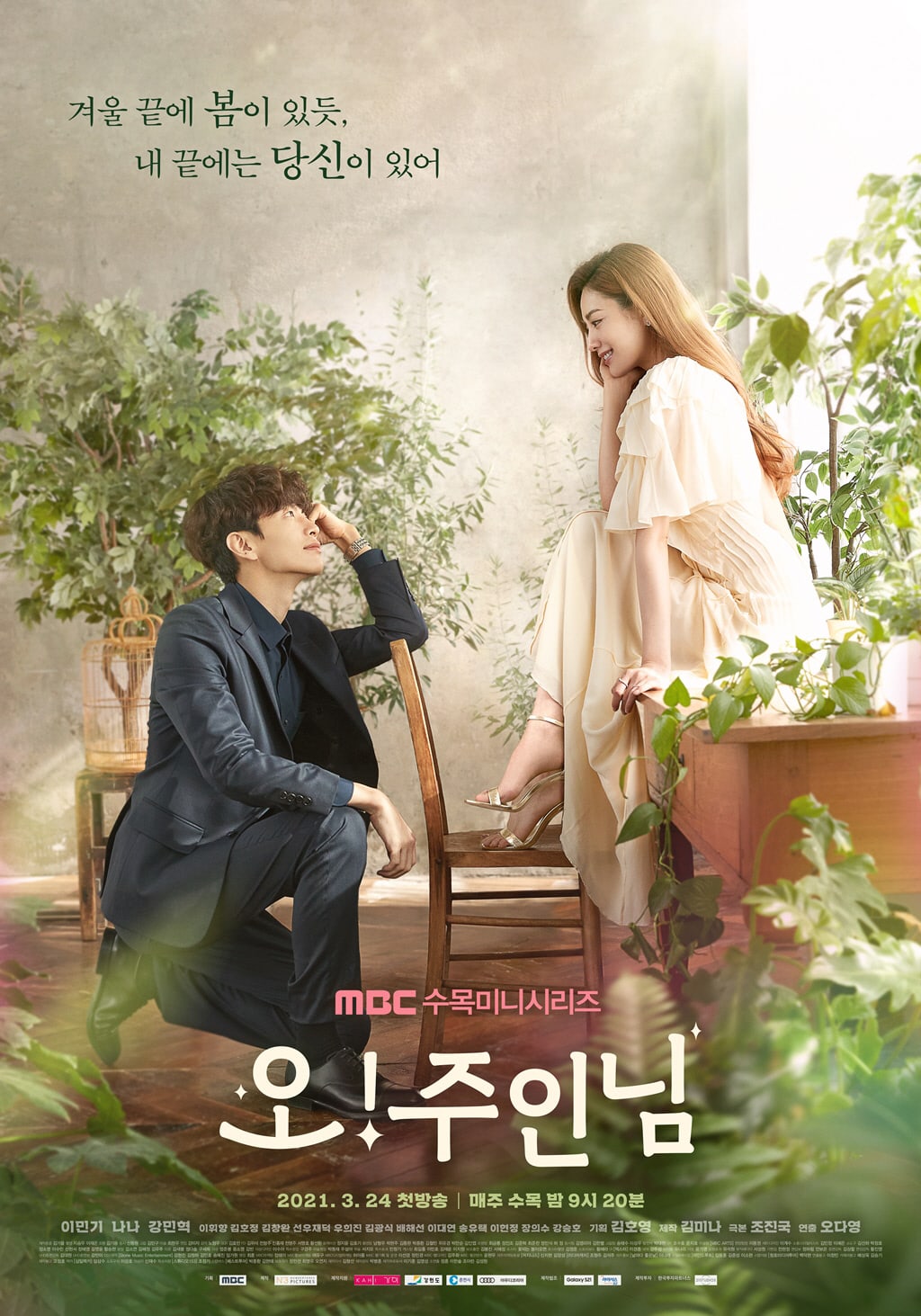 The Korean holiday White Day falls on March 14, and “Oh My Ladylord” revealed a sweet video to celebrate. In Korea, many people celebrate Valentine’s Day with only women giving men chocolate as gifts. On White Day, which takes place each year on March 14, men often respond by giving women gifts of their own.

In the “Oh My Ladylord” White Day video, Lee Min Ki and Nana meet by the train tracks, and Lee Min Ki presents her with a bouquet of flowers. The pair then says to the camera, “Confess your feelings to the person you love. A special romance awaits you.”

The drama also shared an animated title teaser for the show, which shows the two main characters in their professional lives and also together at home.

Watch Nana in “Into the Ring” here!