“Law School” is a campus mystery that follows the story of students and professors of South Korea’s top law school who get caught up in an unusual case.

A new batch of teasers feature photos of Kim Myung Min and Kim Bum. Kim Myung Min stars as former elite detective and current criminal law professor Yang Jong Hoon. Regarding his character’s charms, Kim Myung Min shared, “He doesn’t pay attention to others and makes harsh remarks without hesitation so he’s known on campus as ‘Yang-crates of Horror.’ However, he’s just poor at expressing himself; I felt how sincerely he wants to make sure his students do not become vicious lawyers. He has passion and a warm heart.” 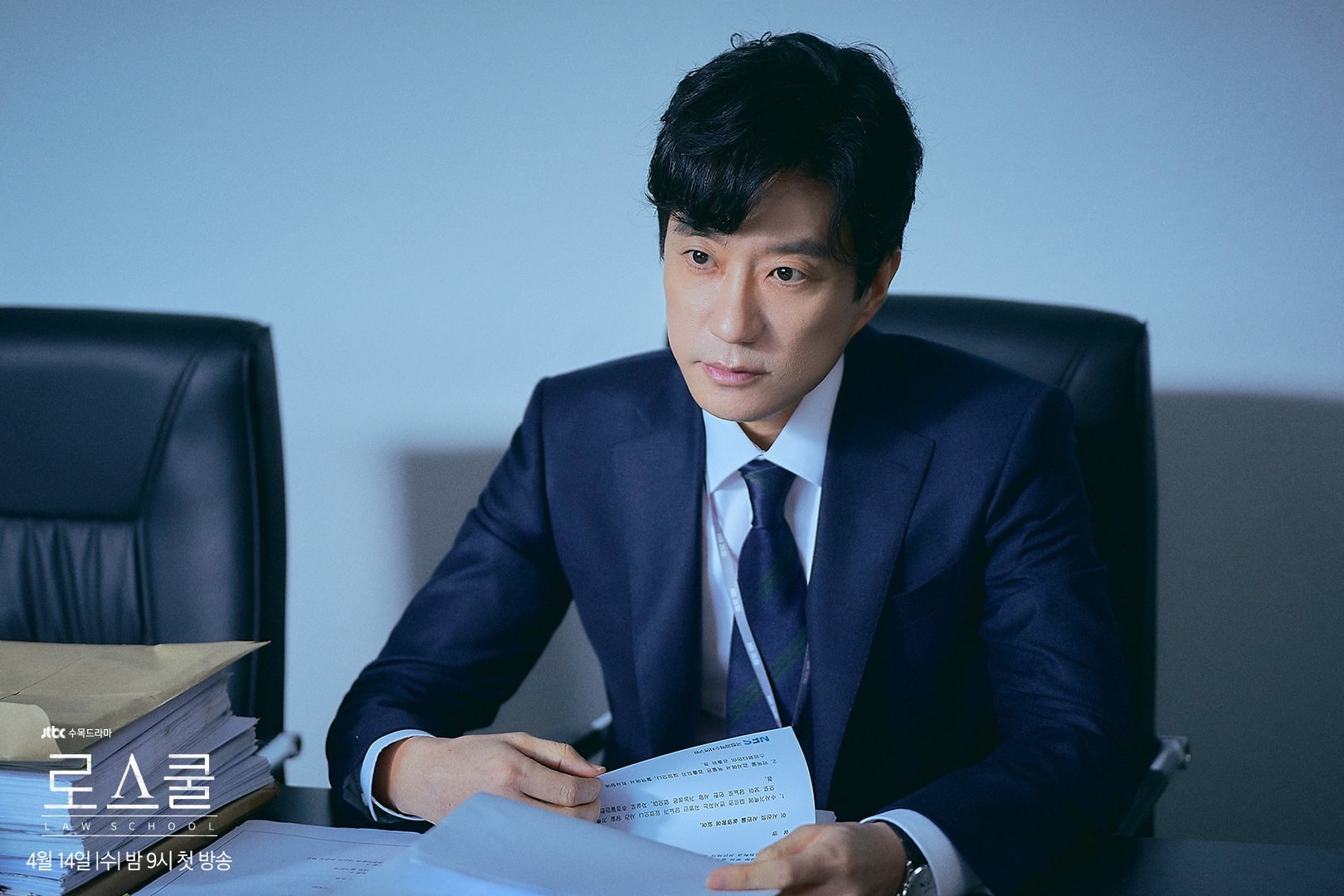 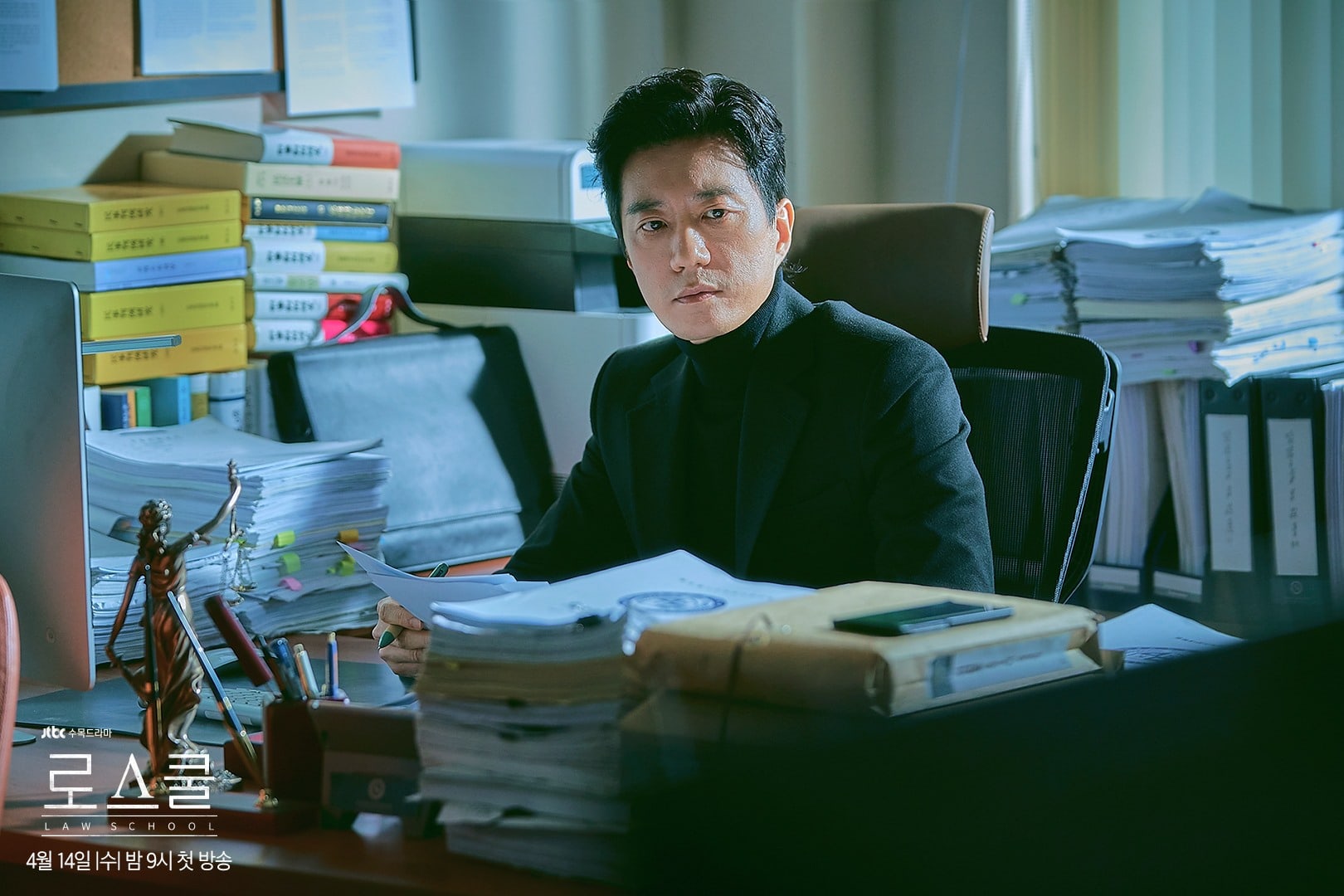 In many of his previous roles, Kim Myung Min has portrayed doctors, lawyers, and professors, earning him the nickname of “pro professional worker.” When asked what made “Law School” stand out to him, the actor answered, “The background of a law school that nurtures future lawyers felt novel.”

He continued, “When you watch the professors’ classes and the students’ debates, you can see how they use detail to elaborately handle issues everyone has dealt with in real life. That’s why I think it’ll become a high class drama that makes you think about what law and justice truly mean.”

Lastly, Kim Myung Min picked the drama’s highlight points. He commented, “Professor Yang, who is tough but has a hidden warm side, his students who all flaunt their individuality, and the journey of solving all the happenings at law school.” He added, “Since it’s a project that aims to realistically reflect reality, I believe that everyone will be able to relate more and more with each episode. There’s just that much to see and there’s a lot to look forward to from director Kim Seok Yoon so I hope everyone watches enjoyably.”

The drama also stars Kim Bum as first-year law school student Han Joon Hwi who is at the top of his class. Han Joon Hwi is virtually perfect, with his good looks and incredible academic background, having passed exams for both the bar and the Korean National Police University.

However, he’s different from other extremely studious law students who only focus on school. Kim Bum explained, “He relates to the hurt and the concerns of his peers and has the leadership to help solve and overcome various conflicts altogether.” 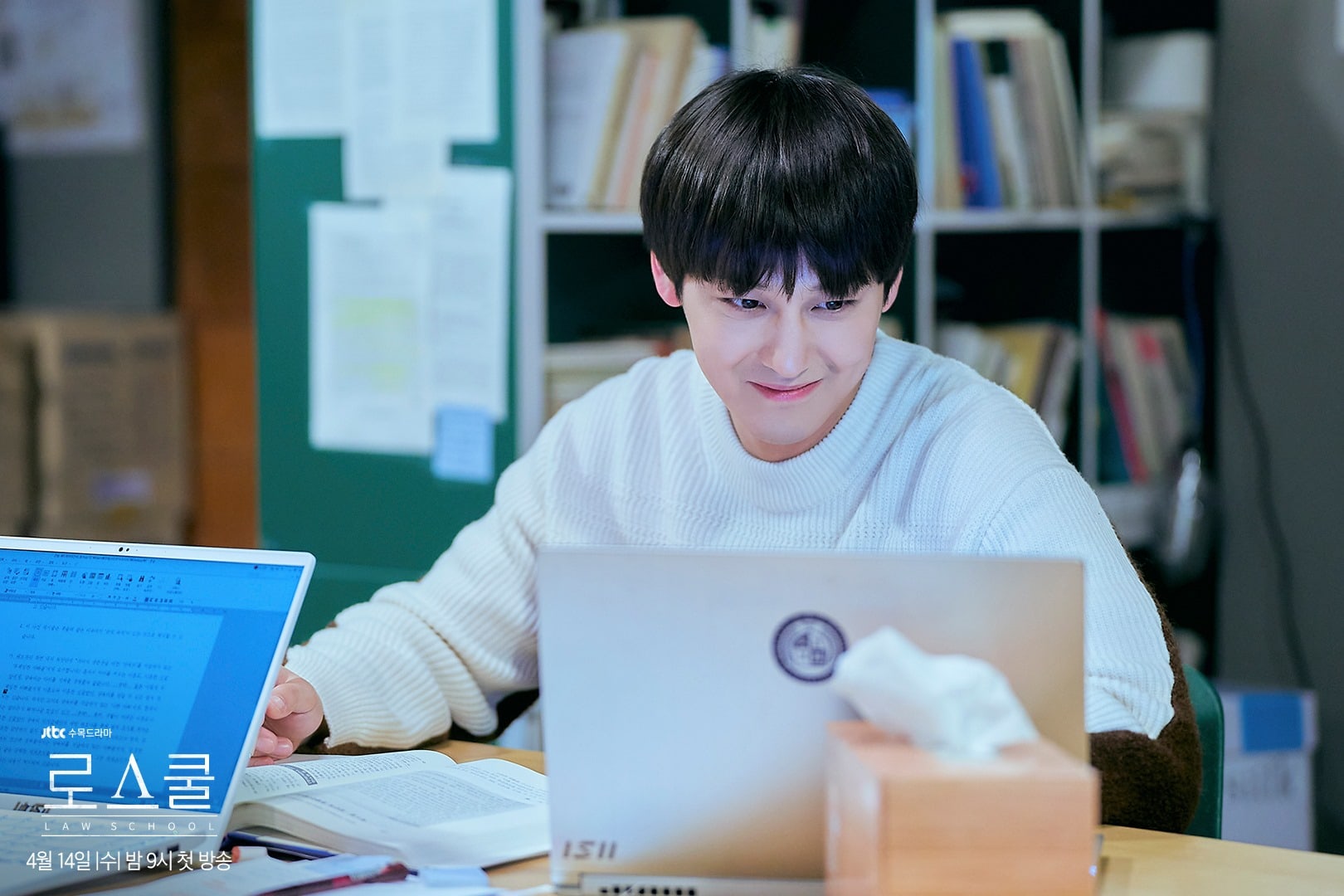 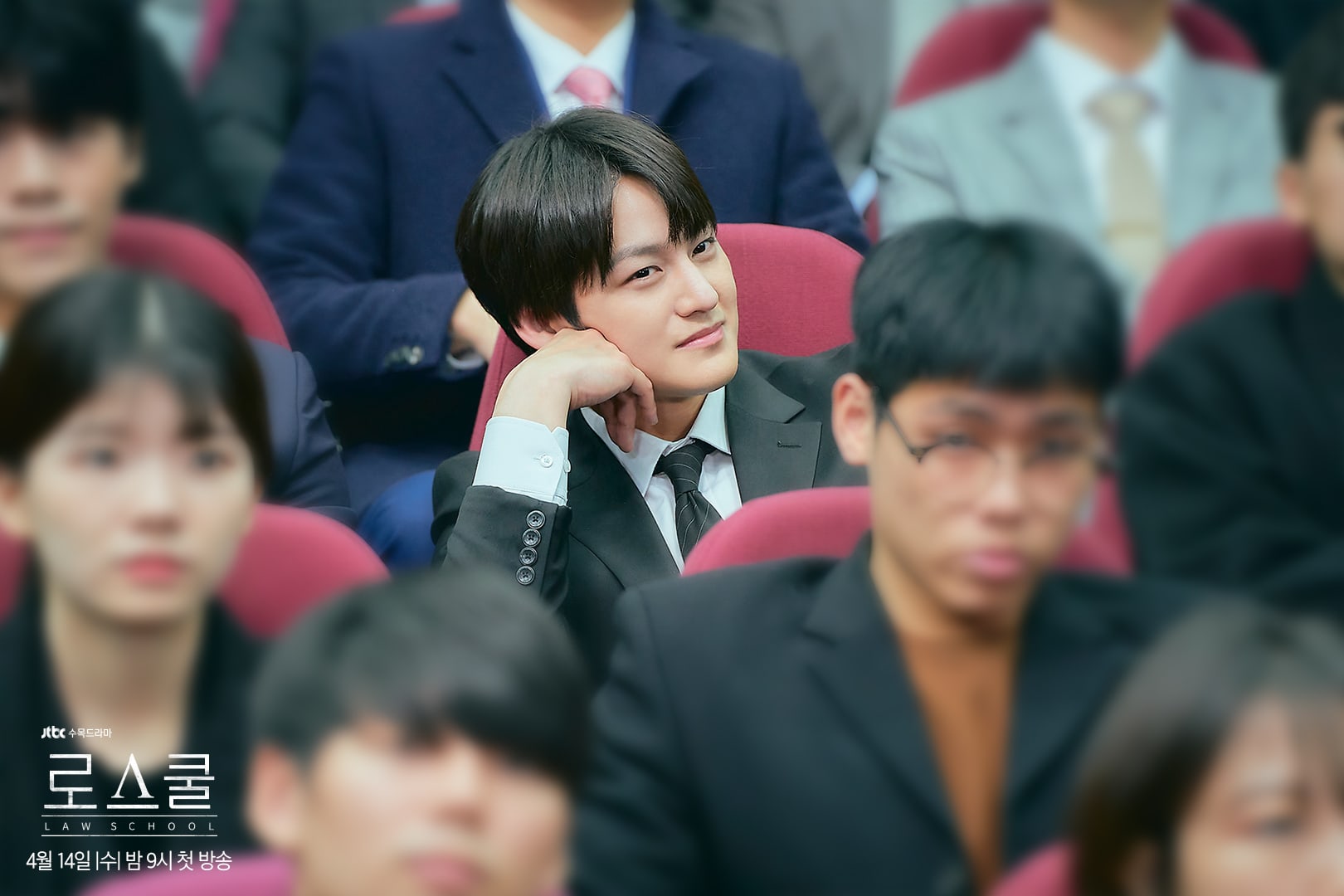 Kim Bum spoke about his first day filming a scene in Kim Myung Min’s lecture, sharing, “All the actors came about an hour and a half earlier than planned in order to prepare. As a result, I remember we started after we were able to rehearse multiple times as if we were really in the class.”

Kim Bum also discussed what an honor it was to work with Kim Myung Min and director Kim Seok Yoon. He shared, “They were both always serious and passionate so they became examples for everyone on set and always made the atmosphere better. It was a set that helped me feel the preciousness of learning in each and every moment.”

For his personal highlight point, Kim Bum shared, “With the setting of a school where people study law, ‘Law School’ tells the transformative story of the different scenarios people experience and how they turn that into growth.”

After, Yang Jong Hoon says, “I have a new goal. Even if I can’t make incredible lawyers as a professor, I will not make a single lawyer who’s a bully.” He continues, “Didn’t you say you wanted to learn from me? Then are you still going to say that you’re going to quit?”

Then he’s in a heated discussion with a student as he asks, “What are the issues with this scenario?” A student replies, “I did try to prepare…” and he interjects, “If you did try to prepare, then you must be able to answer.” The student backs down and he angrily tells her, “Giving up on your answer is the same as giving up on this class.”

At the end, he firmly announces, “I’m Yang Jong Hoon, who teaches criminal law.” However, his image is overlapped with an image of him in handcuffs and a prisoner’s uniform, raising questions about the professor’s past.

The producers commented, “Through his image in just one cut, Kim Myung Min was able to convey the message that ‘Law School’ is trying to send. Even on set, our staff members watched in awe of his charisma. Through the first Korean drama with a law school setting and the various mysterious situations that arise, please look forward to Kim Myung Min as Professor Yang who will raise his students to be tough lawyers.”

JTBC’s “Law School” premieres on April 14 at 9 p.m. KST following the conclusion of “Sisyphus: The Myth.”

Watch Kim Myung Min in “The Battle of Jangsari” below!