Based on a webtoon of the same name, “Taxi Driver” is about a mysterious taxi service called Rainbow Taxi, where the employees take revenge on behalf of clients who cannot get help from the law. It is being directed by Park Joon Woo and written by Oh Sang Ho.

As a former special forces soldier, Kim Do Gi is the main player of Rainbow Taxi’s revenge missions. He brings psychological skills like his intuition and quick judgment to his practical skills of stunt driving and hand-to-hand combat. He is also skilled at disguising and camouflaging himself in order to approach his target.

Jang Sung Cheol is the leader of the Rainbow Taxi team, who takes responsibility for the missions undertaken by his employees. His strong leadership skills and warm people skills make him the perfect CEO for the Blue Bird Foundation, which is a foundation that helps victims of crime. The foundation helps him build up his public image and forge close relationships with prosecutors to get inside information that he can use for his clients’ revenge.

Ahn Go Eun is the IT specialist and the hacker of the team. She can freely hack into any digital device, whether it’s CCTV, smartphones, or computers. She exposes the personal information of criminals and helps in the advance planning process for the taxi service’s missions. She also acts as the “eyes” and “ears” for Kim Do Gi as he carries out those missions.

Choi Kyung Goo and Park Jin Uhn are the engineering duo of Rainbow Taxi. “Chief Choi” is a genius engineer who adds all sorts of technological innovations to Rainbow Taxi’s taxis, while “Chief Park” is in charge of tuning the cars and their engines. The two of them are attached at the hip and never to be seen without the other. 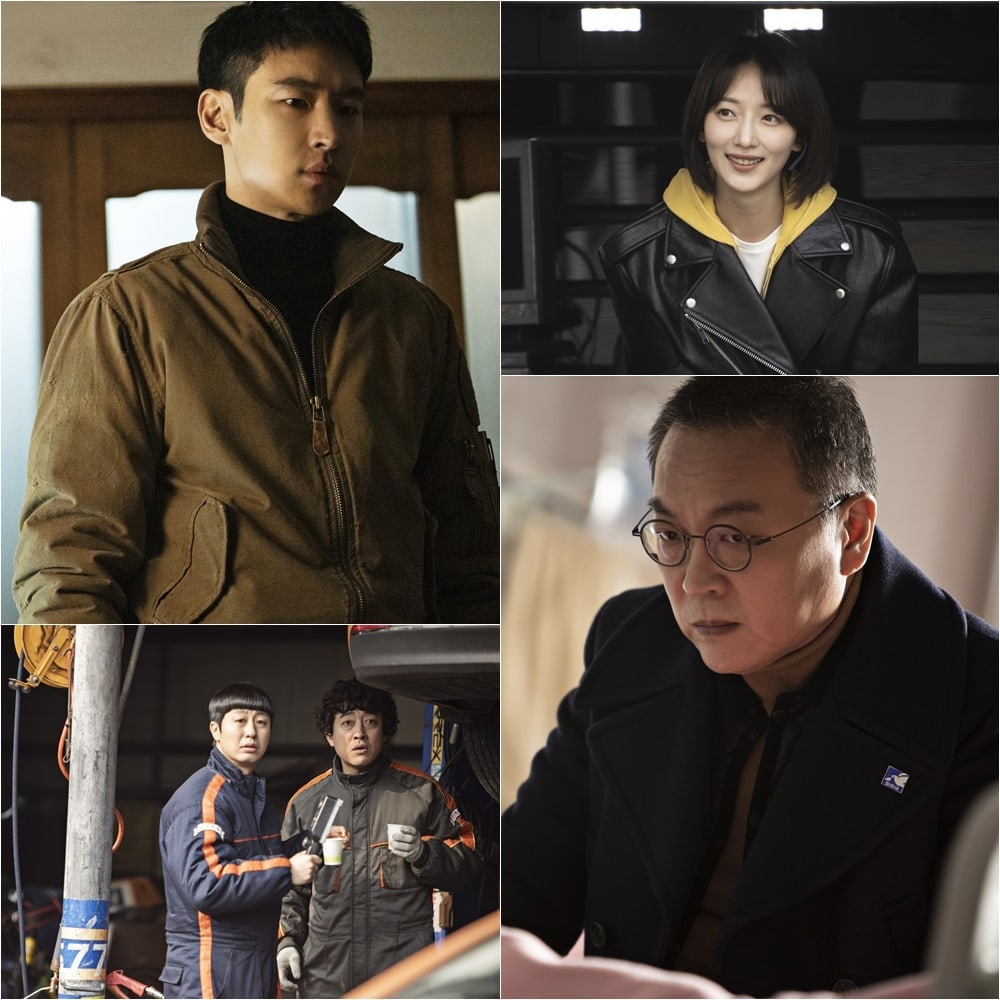 A source from the drama stated, “‘Taxi Driver’ is a drama that shows the teamwork between highly individualistic characters. Please look forward to that teamwork as they take down various villains in a variety of ways. Lee Je Hoon, Kim Eui Sung, Pyo Ye Jin, Jang Hyuk Jin, and Bae Yoo Ram also showed great chemistry and teamwork on set.”

“Taxi Driver” is scheduled to premiere on April 9.