Han Joon Hwi and Kang Sol A are two students who are different in every possible way. Hailing from the Korean National Police University, Han Joon Hwi entered law school into the top of his class after passing the second round of the bar exam. On the other hand, Kang Sol A was just barely able to make it through the door, having been selected through a special screening process for those from low income families.

Thanks to the feared professor Yang Jong Hoon (Kim Myung Min), nicknamed “Yang-crates of Horror,” Kang Sol A’s law school life grows overrun with an inhumane amount of assignments and exams. Meanwhile, Han Joon Hwi’s law school experience is the polar opposite, as he is wanted in everyone’s study groups for his breadth of legal knowledge.

With drama fans wondering how such opposite characters will get to know each other, new stills of the pair showcasing their path to friendship have been released.

As students who aren’t inclined to competition, Han Joon Hwi and Kang Sol A will share all of the trying and tedious moments of law school in which one must shed blood, sweat, and tears in order to graduate. In the new stills, they stand face to face at a bookstore, with Kang Sol A looking taken aback at Han Joon Hwi’s appearance. 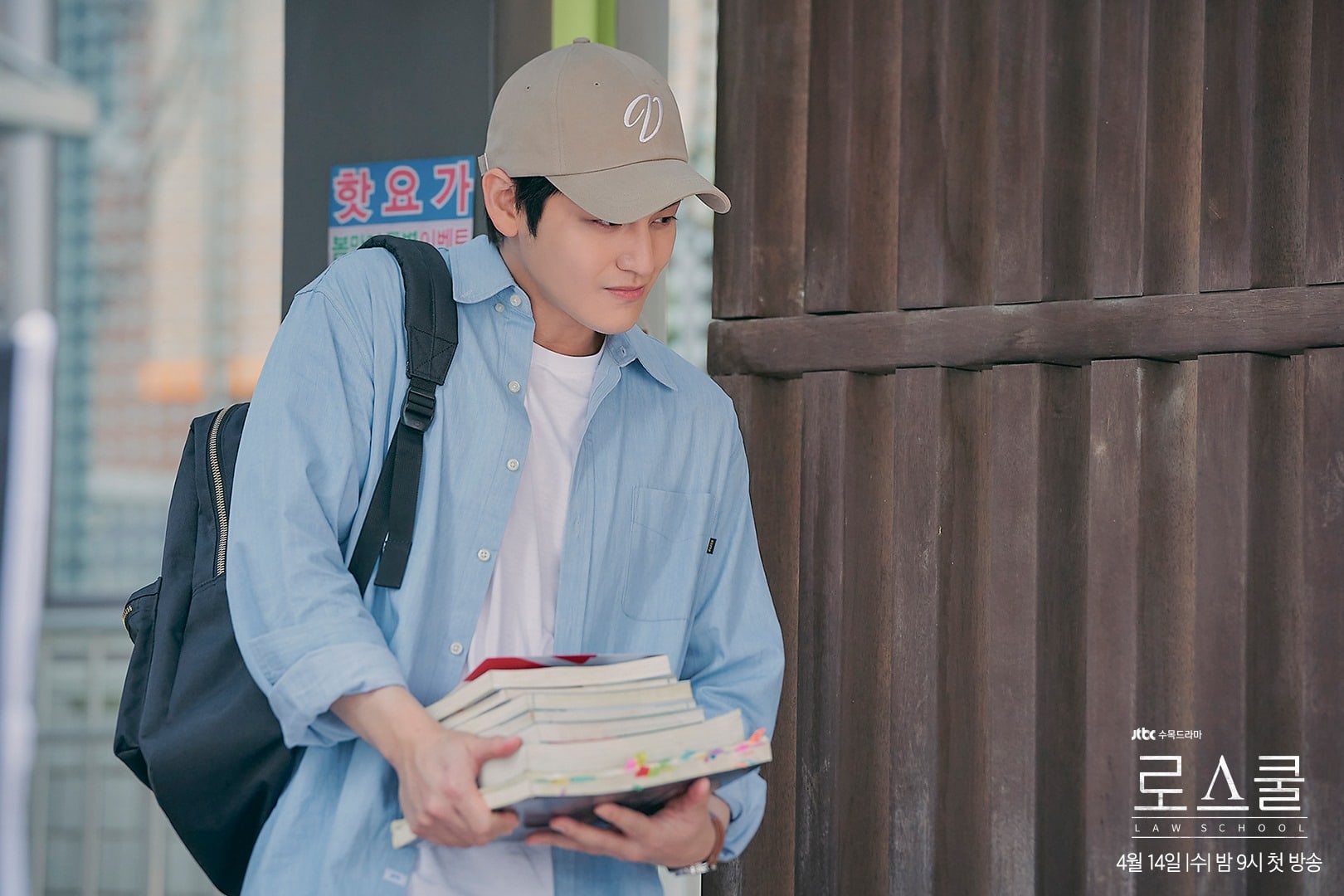 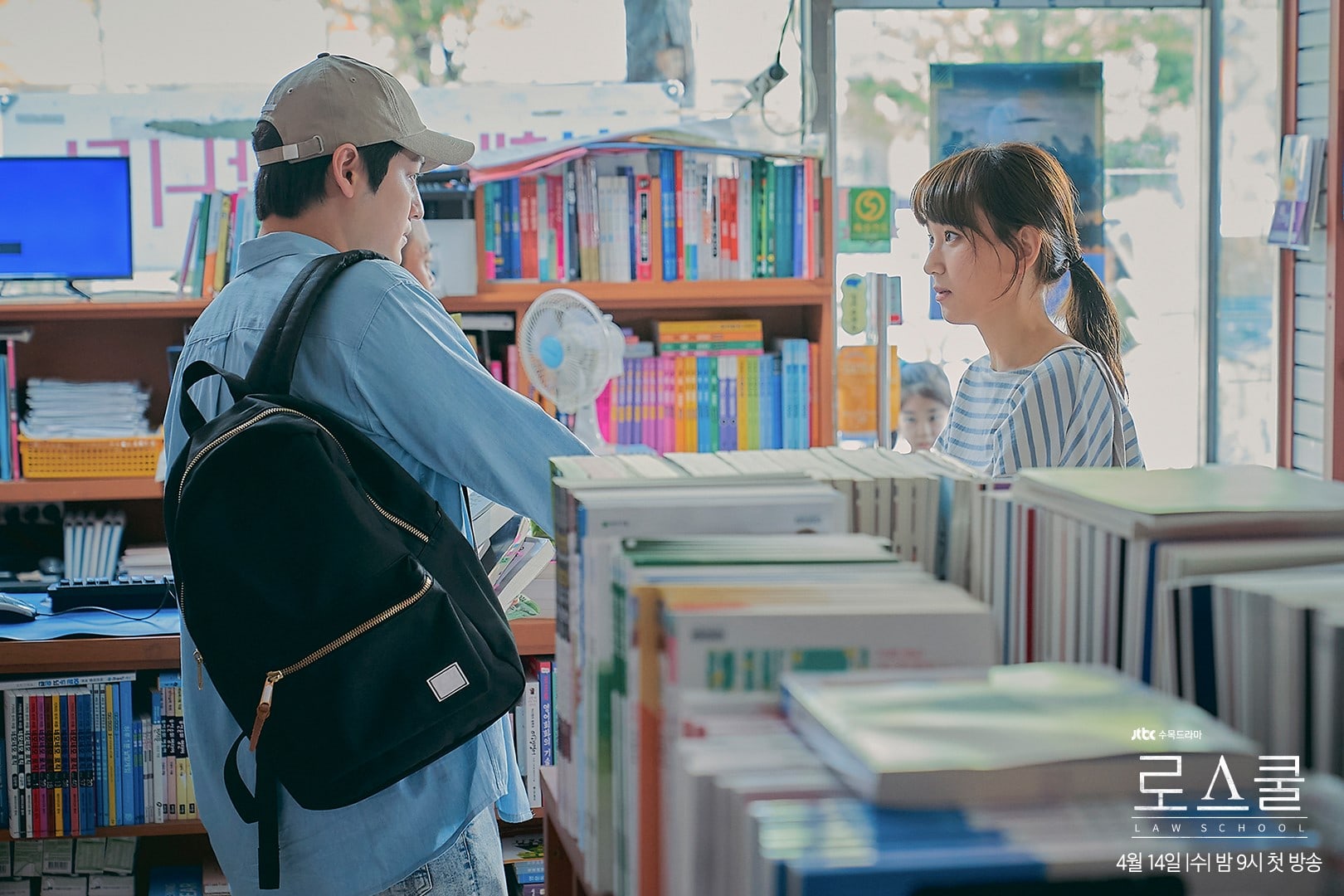 In other stills, Kang Sol A stands at a counter filling out a form, her features twisted into a disgruntled expression. When Han Joon Hwi joins her, she looks at him with furrowed eyebrows. 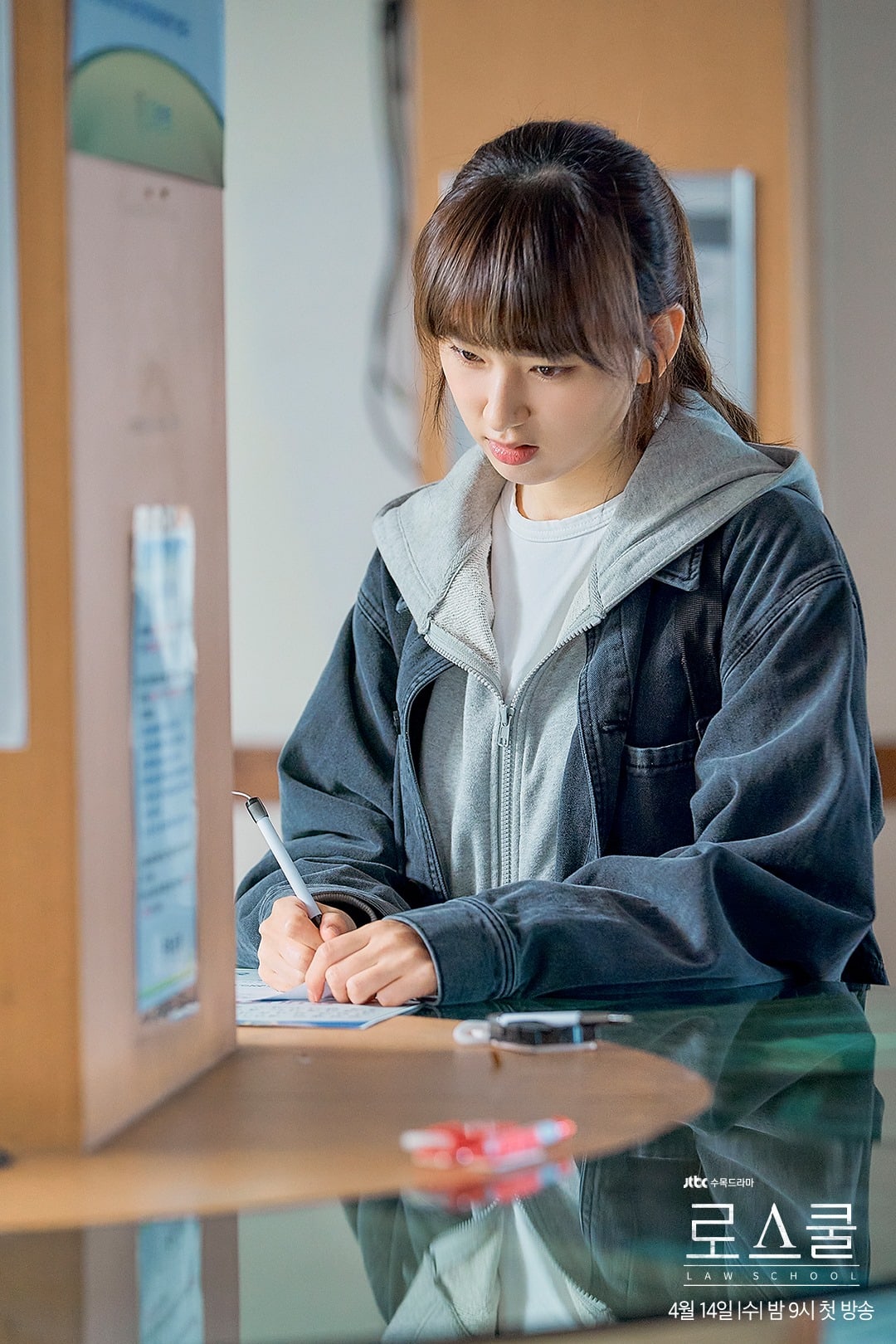 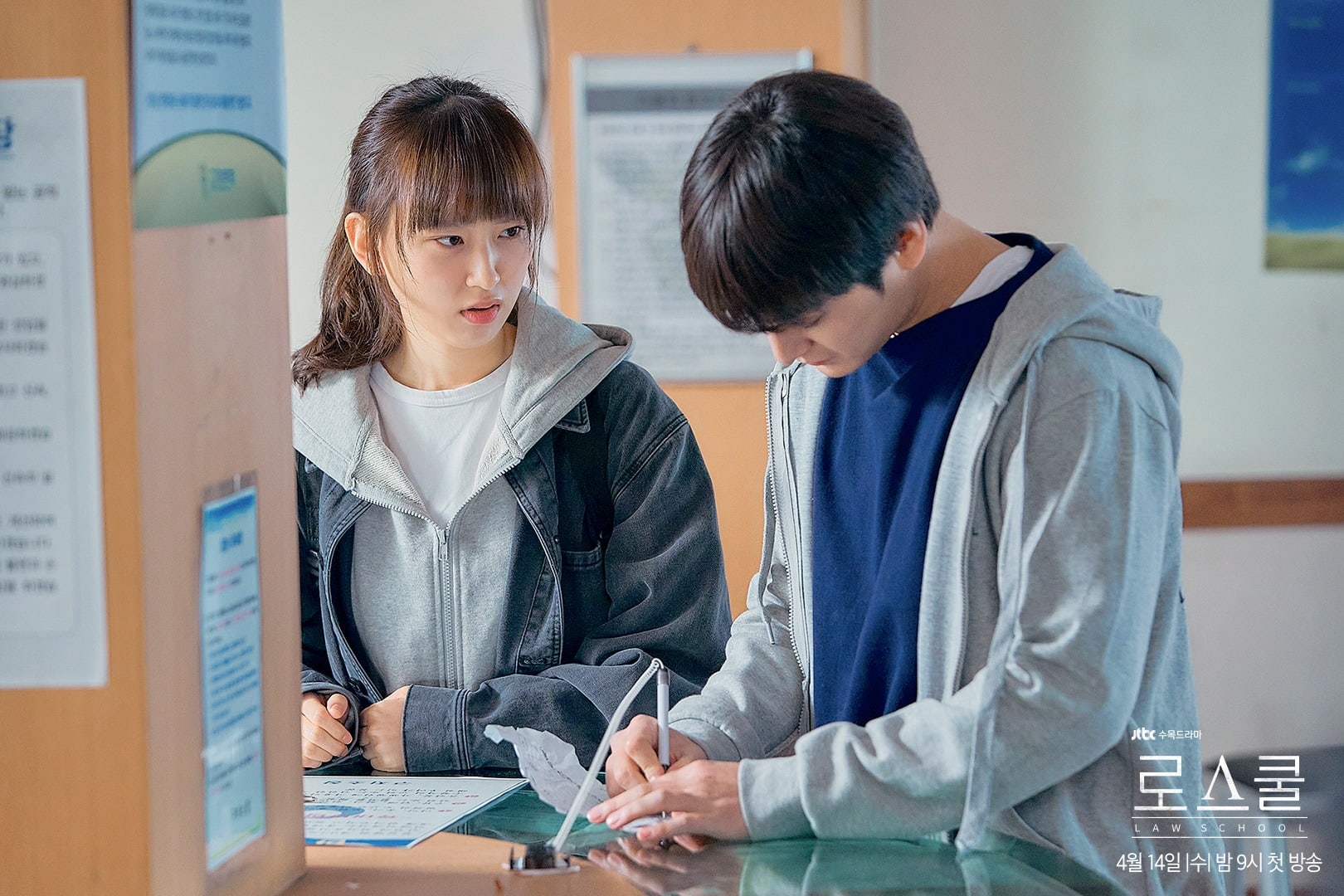 The drama’s production team commented, “Kim Bum and Ryu Hye Young created on set the kind of young energy that only those in the same peer group can make. That energy should be able to be seen completely intact on screen as well. Look forward to the growth and friendship of Han Joon Hwi and Kang Sol A, who will head together toward their dream of becoming lawyers while dealing with a series of incidents at law school.”

“Law School” is scheduled to premiere on April 14 at 9 p.m. KST following the conclusion of “Sisyphus: The Myth.”

In the meantime, watch Kim Bum in “Tale of the Nine-Tailed” here: