SBS’s “The Penthouse 2” is the second season of the suspenseful drama about the solidarity and pursuit of revenge among a group of women at the top of the social pyramid, who will stop at nothing to protect their children. The cast includes Oh Yoon Hee as Eugene, Lee Ji Ah as Shim Soo Ryeon and Na Ae Gyo, Kim So Yeon as Cheon Seo Jin, Uhm Ki Joon as Joo Dan Tae, Park Eun Suk as Logan Lee, and more.

In a recent episode of the show, Lee Ji Ah’s character was attacked by Joo Dan Tae and lost consciousness, but Logan Lee swept in to save her. He picked her up off the ground and took her outside to Oh Yoon Hee’s car, where he performed CPR on her.

After giving a look at Park Eun Suk and Lee Ji Ah filming the first part of the rescue scene in the previous making-of video, the new one shows them filming the shot of him trying to resuscitate her in the car.

Eugene is the first of the trio on set, and she laughs with the staff over how she should react to the CPR scene. When Park Eun Suk arrives, Eugene teasingly greets him with a chipper “Hello!” and then says in English with a big laugh, “Why am I here today? Watching you guys kissing?!” 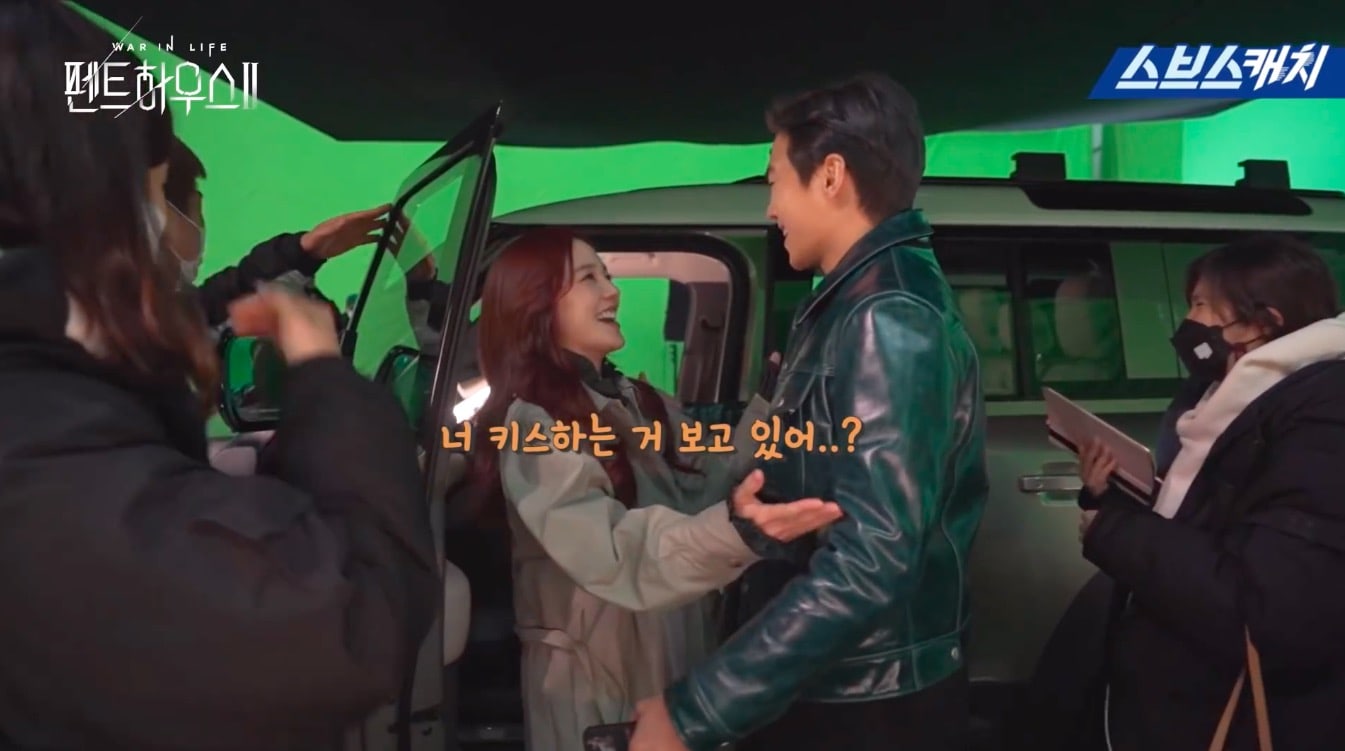 Park Eun Suk jokes that she has to watch through the rearview mirror, and Eugene says, “I was saying, ‘Should I hit Logan in the face?'” They laugh over how she could give him a punch and say “What are you doing?!”

After Park Eun Suk impresses the staff by quickly figuring out how to fold down the seats in the car, Lee Ji Ah arrives and they discuss how to film the scene. Checking out the inside of the vehicle, Lee Ji Ah comments, “I don’t think this will be easy.”

The pair works out how Park Eun Suk needs to lift Lee Ji Ah to slide her into the back seat. As they get ready, a staff member asks where the pillow under Lee Ji Ah’s head came from. “It’s from my house,” she replies, making everyone laugh.

A surprise is in store for Eugene, as the staff have prepared a cake for her birthday that day. When she’s sitting in the driver’s seat of the car to get ready for filming, the speakers on set suddenly blast “Loving You” by her group S.E.S. Completely shocked, Eugene bursts out laughing, and they all celebrate with the cake. 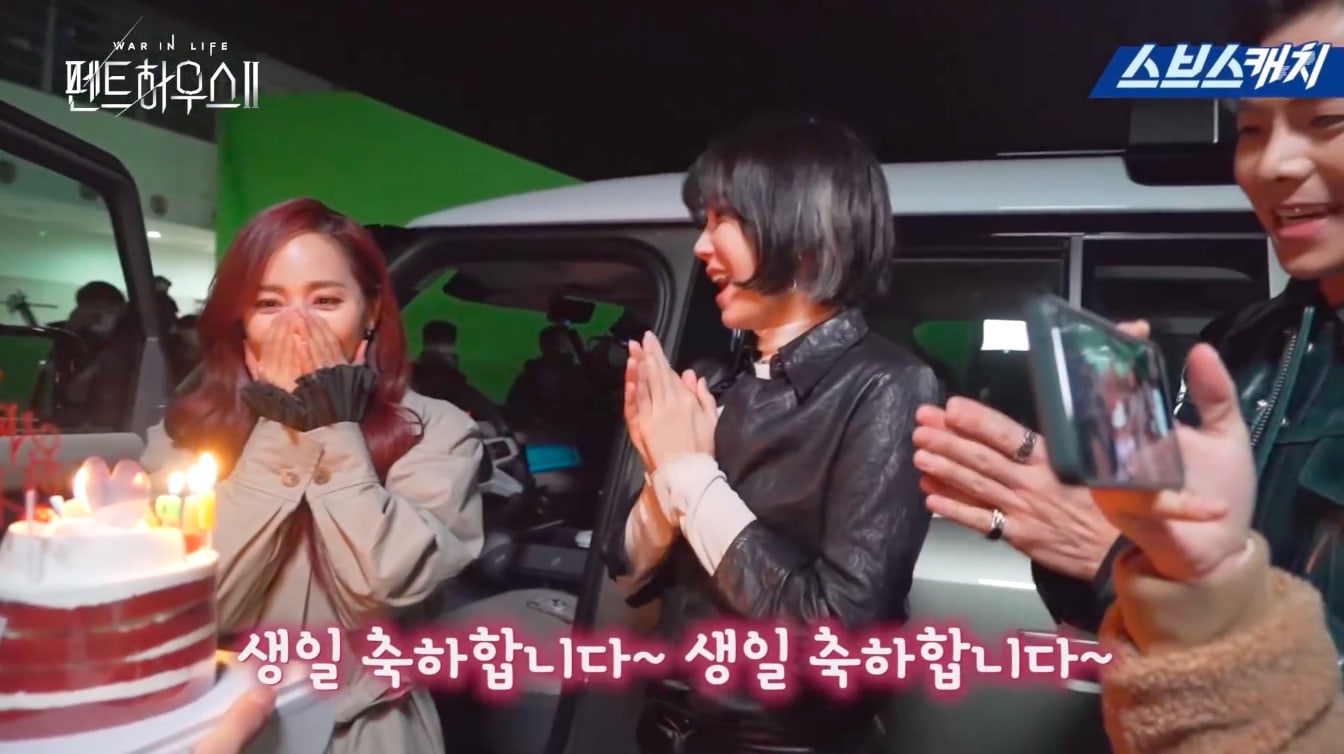 When they resume their rehearsal, Park Eun Suk urges Lee Ji Ah to wake up and open her eyes as part of the scene, but Lee Ji Ah really opens her eyes, making him crack up. Lee Ji Ah also has trouble holding in her laughter during the moment. Meanwhile, Eugene is watching from the driver’s seat, laughing and taking photos on her phone. 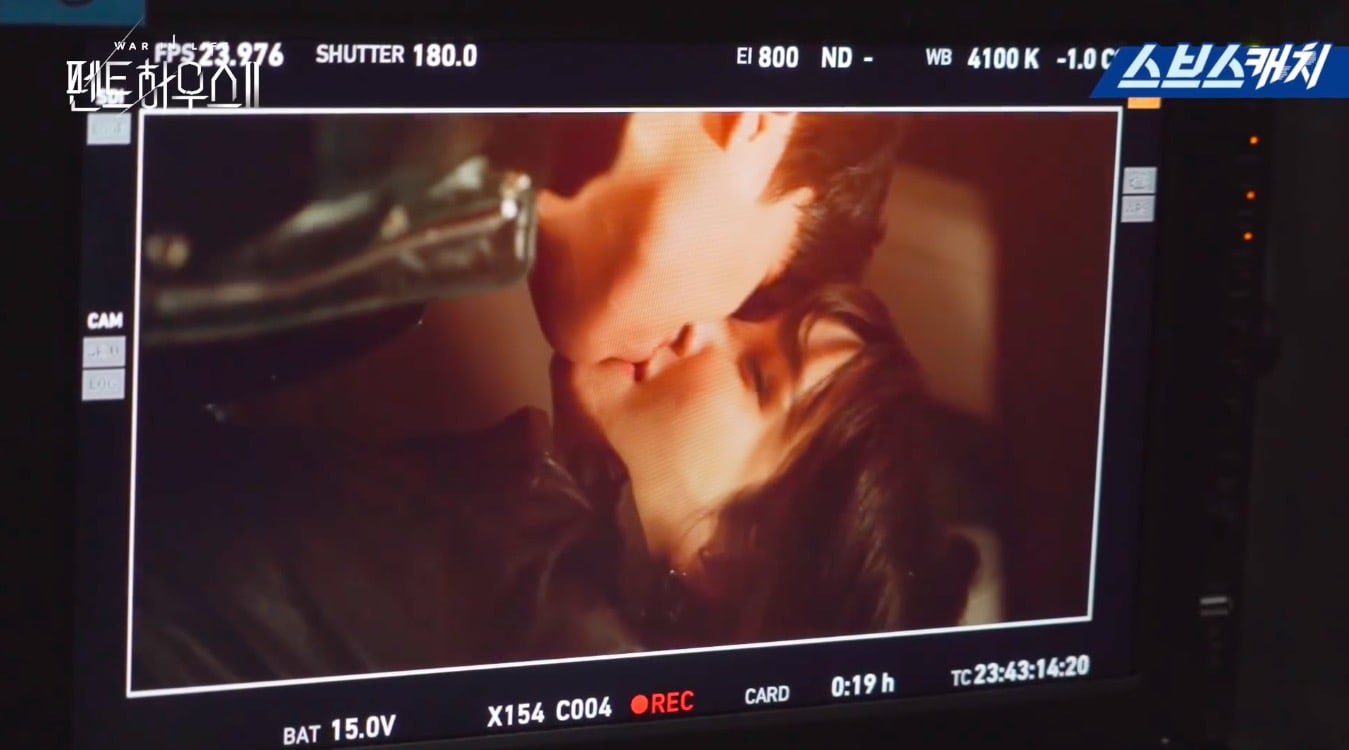 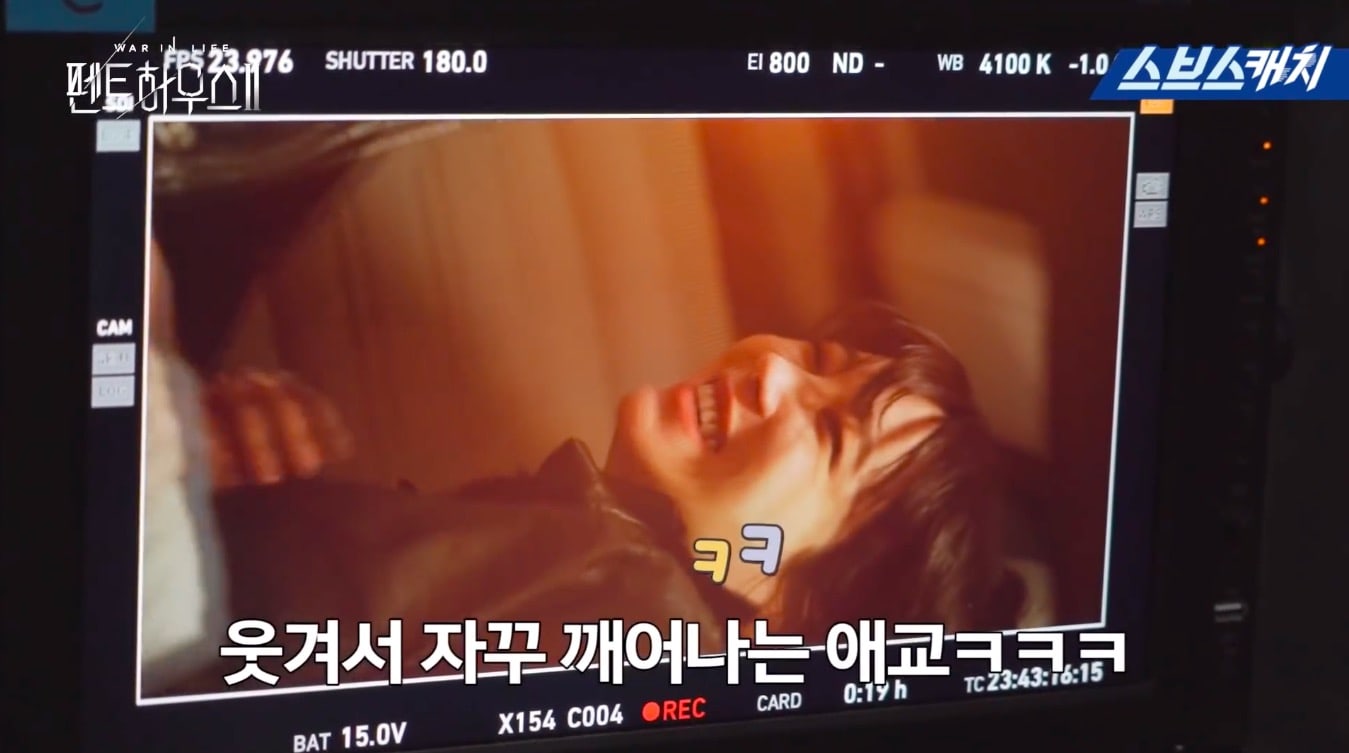 The behind-the-scenes video goes on to highlight the scene in which Eugene and Lee Ji Ah talk at a cafe. The on-screen twins Joo Seok Hoon (played by Kim Young Dae) and Joo Seok Kyung (Han Ji Hyun) also rehearse for the scene, with Kim Young Dae helping out by reading Eugene’s lines.

Check out all the fun below!