IU Describes Her Approach To New Album “LILAC,” Names The Happiest Moments In Her Life, And More

As IU gears up to release her fifth full album “LILAC,” she shared some insights into her new music and more with W Korea!

The artist teamed up with the magazine for a stunning pictorial that appears in the April edition. During a conversation to go along with the photo shoot, it was brought up to IU that she’d mentioned a year ago in an interview that she was interested in creating “big” music and stories.

IU replied, “That idea is reflected in this album. It will be ornate and diverse in many ways, including the meanings of the messages and the breadth of the music’s sound. None of the songs on this album were composed by me alone. When I looked at it from the perspective of a producer, I came to the conclusion that there’s no need for there to be a self-composed song by IU just because it’s an IU album. I’ve mainly written calm songs that tell personal stories so far. I decided that that wasn’t the right fit for this album’s tone, so I didn’t hesitate to remove those.” 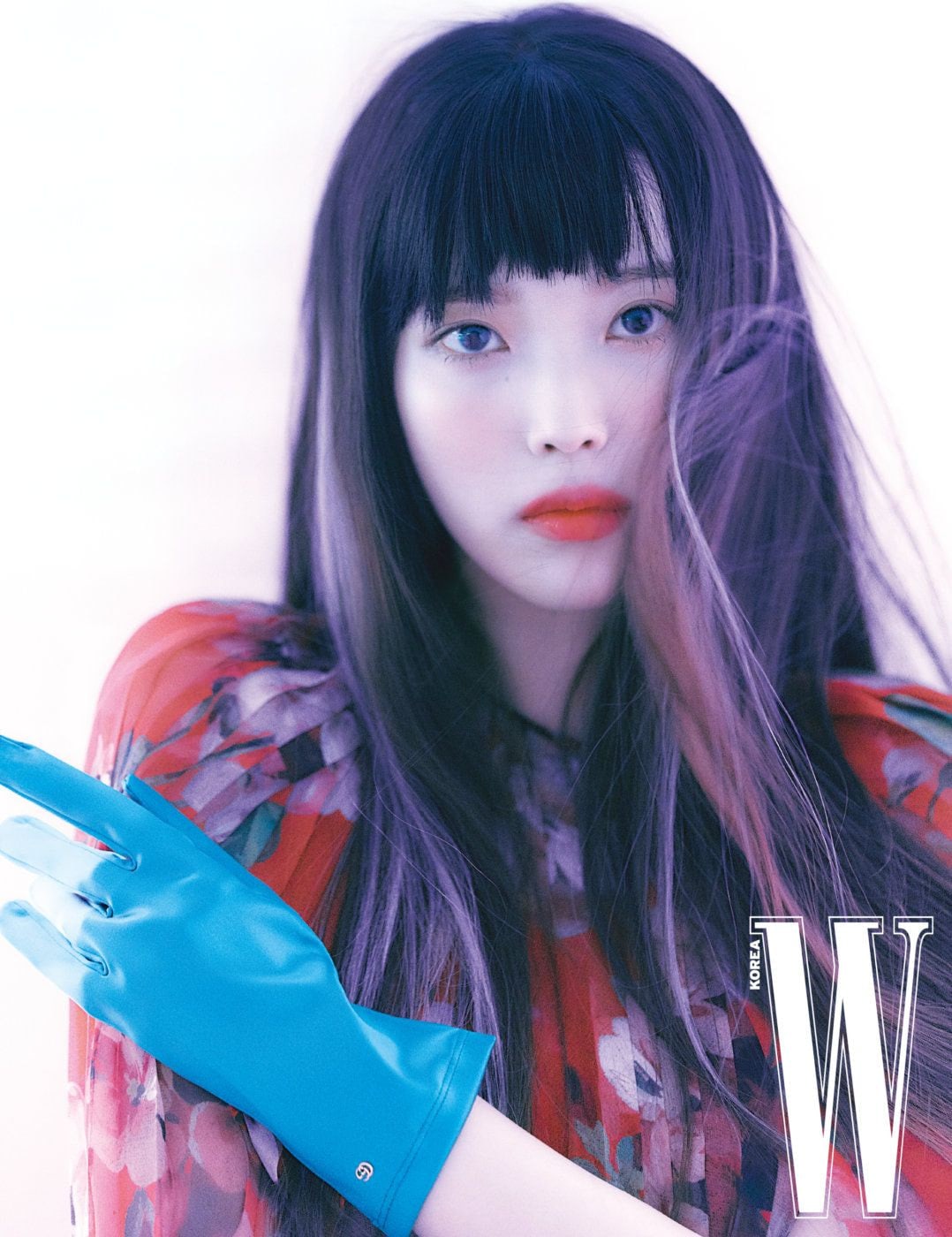 IU described that she aimed to make “an album that’s enjoyable to listen to and also tells many stories, an album that’s fun from beginning to end so there aren’t any songs that are a chore to listen to.” She said, “I’m now also experienced enough that I can tell whether a song will be one that people will love right away or whether it will take two or three listens for them to grow attached to it. Sometimes I’ve made albums where even though I know what I know, I’ve thought, ‘Still, I need to put this song on the album’ or ‘I have to include this because it’s a self-composed song that shows who I am.’ That wasn’t the case with this album.”

The interviewer suggested that it sounded like “LILAC” leaned more toward being like a blockbuster than an indie film. “It’s true that it would be closer to a commercial film than an indie film,” she replied. “There are times in the planning stages for concerts when more so than anything else, I want to put on a show that’s totally entertaining. I created this album with a similar mindset.” 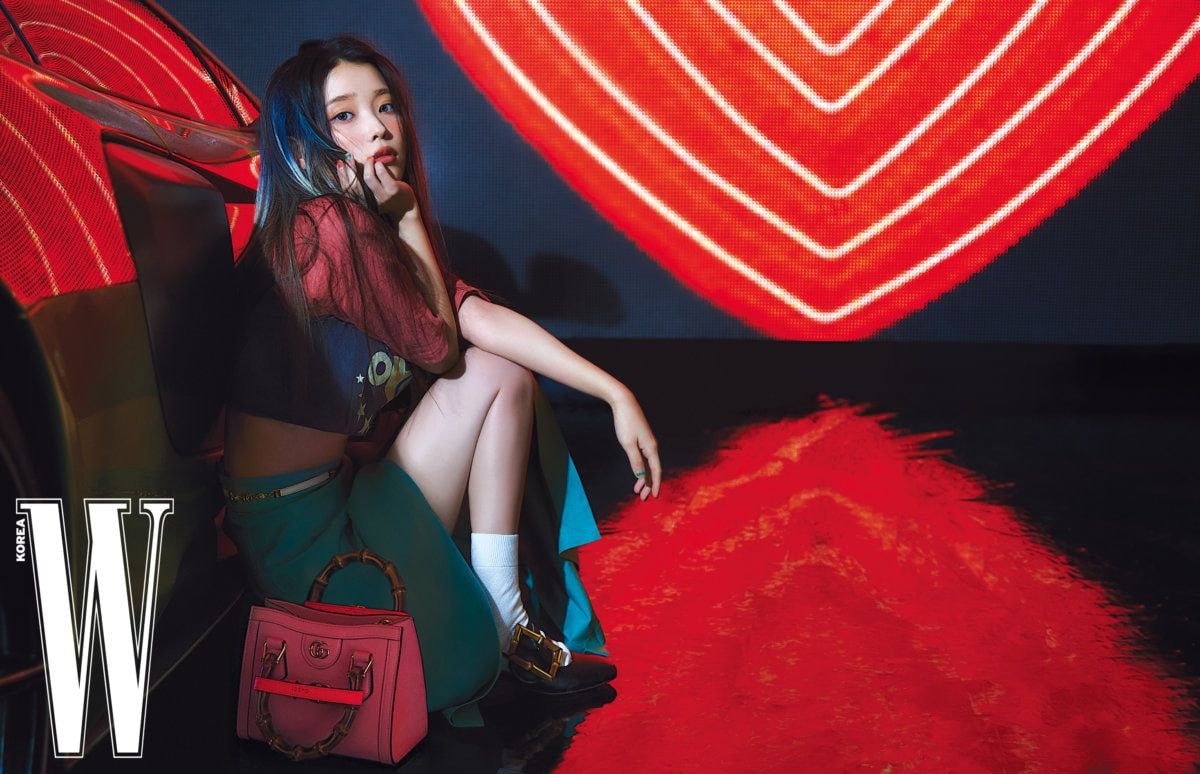 IU also spoke about why her album is titled “LILAC,” describing how the concept is a greeting or farewell (The Korean word she uses, “insa” (인사), means both). IU expressed that she wants to say farewell to her 20s and also express her gratitude to all the people who’ve watched that time of her life. “In the language of flowers, ‘lilac’ means ‘memories of youth,'” continued IU. “I wanted to include a farewell with the message ‘I’m now going onward to my next chapter’ while also greeting my upcoming 30s at the same time.”

The songstress is well known for her series of tracks that capture her as she is at certain ages of her life, and she was asked how she’s feeling now at 29 (in Korean reckoning). IU replied, “To be honest, it feels like, ‘My 20s still aren’t over yet? How can there still be a year left!’ While I reflect on my 20s, part of me wants to take it easy during the last moments of it, but I also think, ‘I have to live even more intensely than ever.'”

When asked to describe her 20s, IU said, “I worked really hard. There were also good results. I know from experience that working hard doesn’t necessarily mean you achieve good results, so I’ve been lucky.” 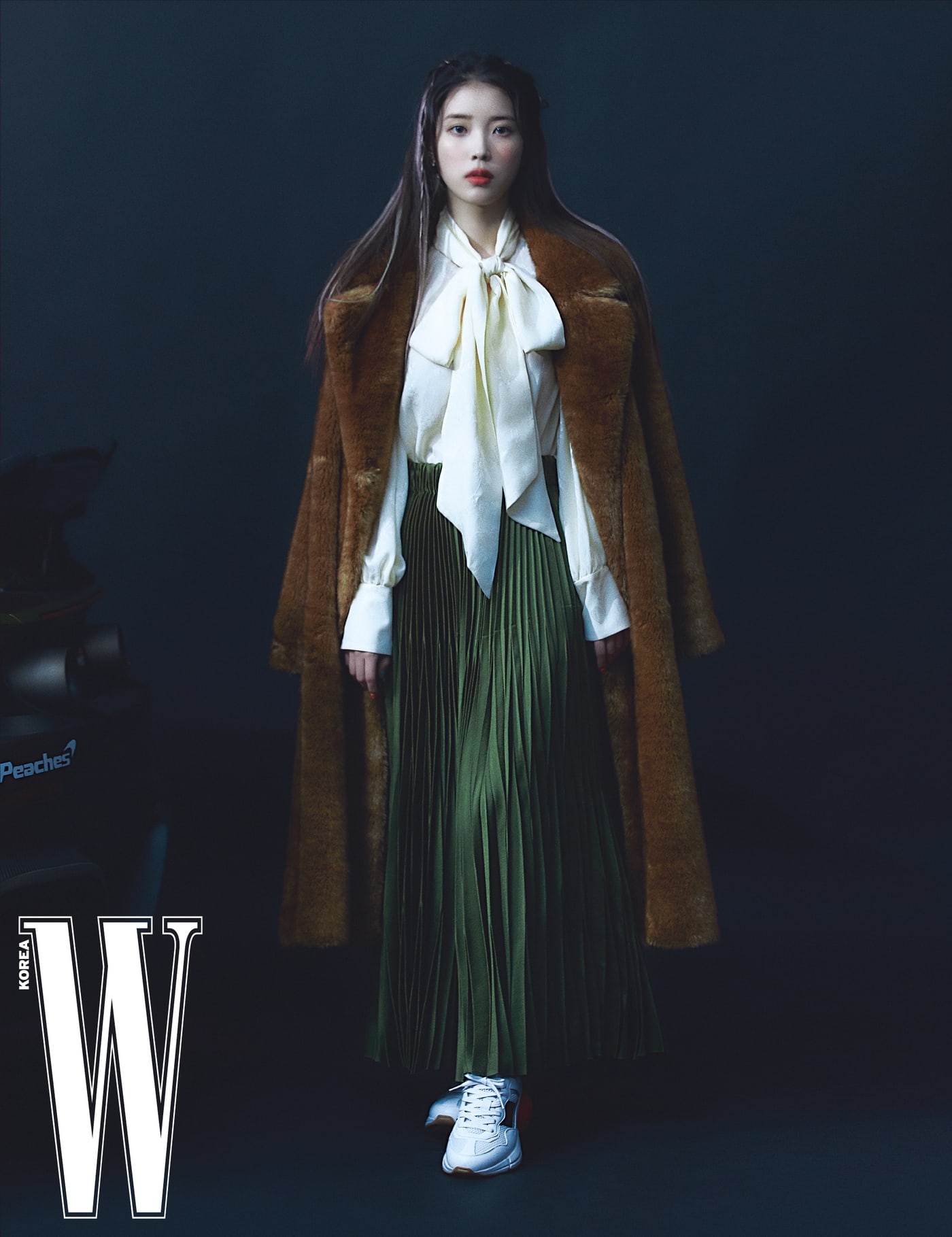 IU also shared, “Since I’ve been producing since I was 23, it was inevitable that I’d have ‘my own personal style.’ I thought a lot about whether I should use that familiar personal style for my story of greeting and farewell, or if I should use a totally new sound and vibe and therefore make the ‘beginning and end’ clear. That’s why it’s taken a long time too, and I’ve done a lot of revision. For most of the songs, I worked with people I was working with for the first time, rather than the people that I usually collaborate with. I think that regardless of whether it happened slowly or quickly, we needed time to get in tune with each other.”

The interviewer mentioned that more so than before, it seems like IU is also trying to meet the standards of others with this album. They asked IU if she has imagined the album going over well with people and also it not going over well.

“I think I’ve imagined that every single day since I debuted,” IU said with a laugh. “But the joy that I feel when I get something I want isn’t as great as expected. Staying in a happy moment doesn’t mean you become happier. I’ve eventually come to think of it like this: ‘That isn’t something that I did solely by myself. There’s nothing to congratulate myself over to that extent.’ I prefer to be on my own when my album comes out. I look at the early reactions just once and then I try not to look at my phone after that. I’ve worked hard to try to move on to the next thing once I put something out into the world.” 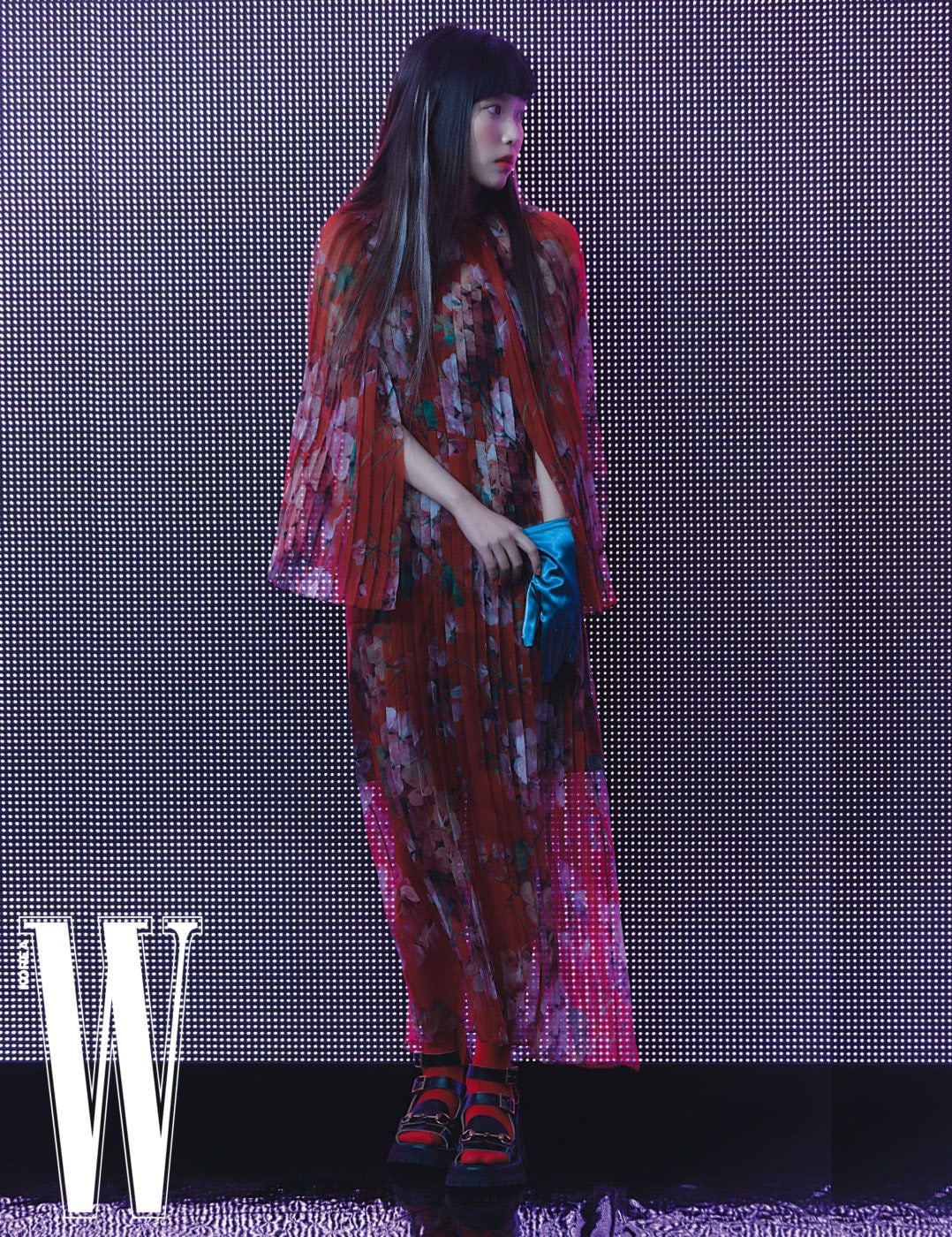 IU was asked to describe how she hopes to be in her final moments of being 29. “I’ve had a romantic idea about being ’30’ since I was young,” said IU. “Since being 20 was coming up so soon, I thought that it wouldn’t be like I’d evolve like a Pokémon, and since being ’30’ was a bit far off, I had a vague idea that I’d become really cool.” She continued with a laugh, “I hope I can go ‘Ahh!’ like when you finish an exam period. I can count on one hand how many times I’ve been happy enough to yell like that. I could count them right now. Maybe three?”

“The first time was after I finished my midterm exams in middle school,” she explained. “I’d studied really hard up until that point. I finished all my exams and the provisional marking was done too and on the way home I thought, ‘Ahh! I can go to Lotte World [an amusement park] now!’ I felt like I knew what freedom felt like and I remember feeling like I was going wild.”

“The second time was when g.o.d appeared at my concert as guests,” she continued. “They’re the ones who made me a passionate fan of someone for the first time in my life. Finally, the third time was when I finished working on the lyrics for this album. I flung my phone on to the sofa and yelled. ‘I’ve finished it!'” She added, “When my 20s come to an end, I want to feel that sense of freedom.” 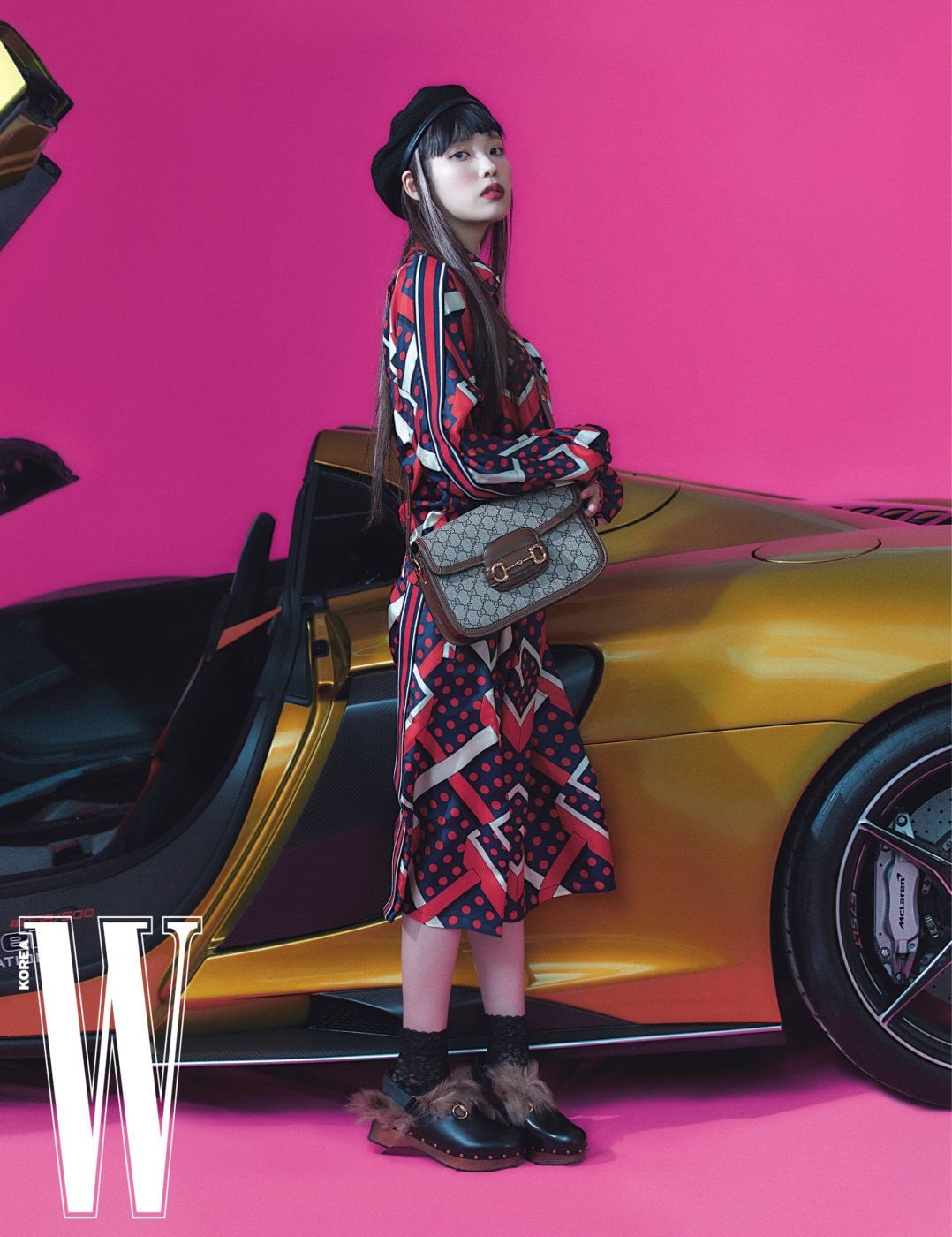 Finally, IU was asked if she’s ever thought of herself as someone who’s “pretty cool.”

“To be honest… while I was working on this album, I did think that I was a bit cool,” she said. “Ah, I don’t usually say this kind of thing about myself. I also don’t usually have a reason to feel like I’m cool. I wonder if this is something that’s changed as I get older. There was a lot that needed to be accomplished during the production of this album. I had to get on the same wavelength as the people I was working with for the first time, and also all the songs are of a different genre. Even though the genres are all different, maybe I could say that there’s a generational sound that runs through the album—there’s a keyword. Instead of me explaining it, it’s something that listeners will be able to feel.

“It’s a big project, so I felt overwhelmed. I thought I wouldn’t be able to get it done. But I got that feeling when I eventually completed something that I was pleased with. I thought, ‘I’m pretty awesome.'” 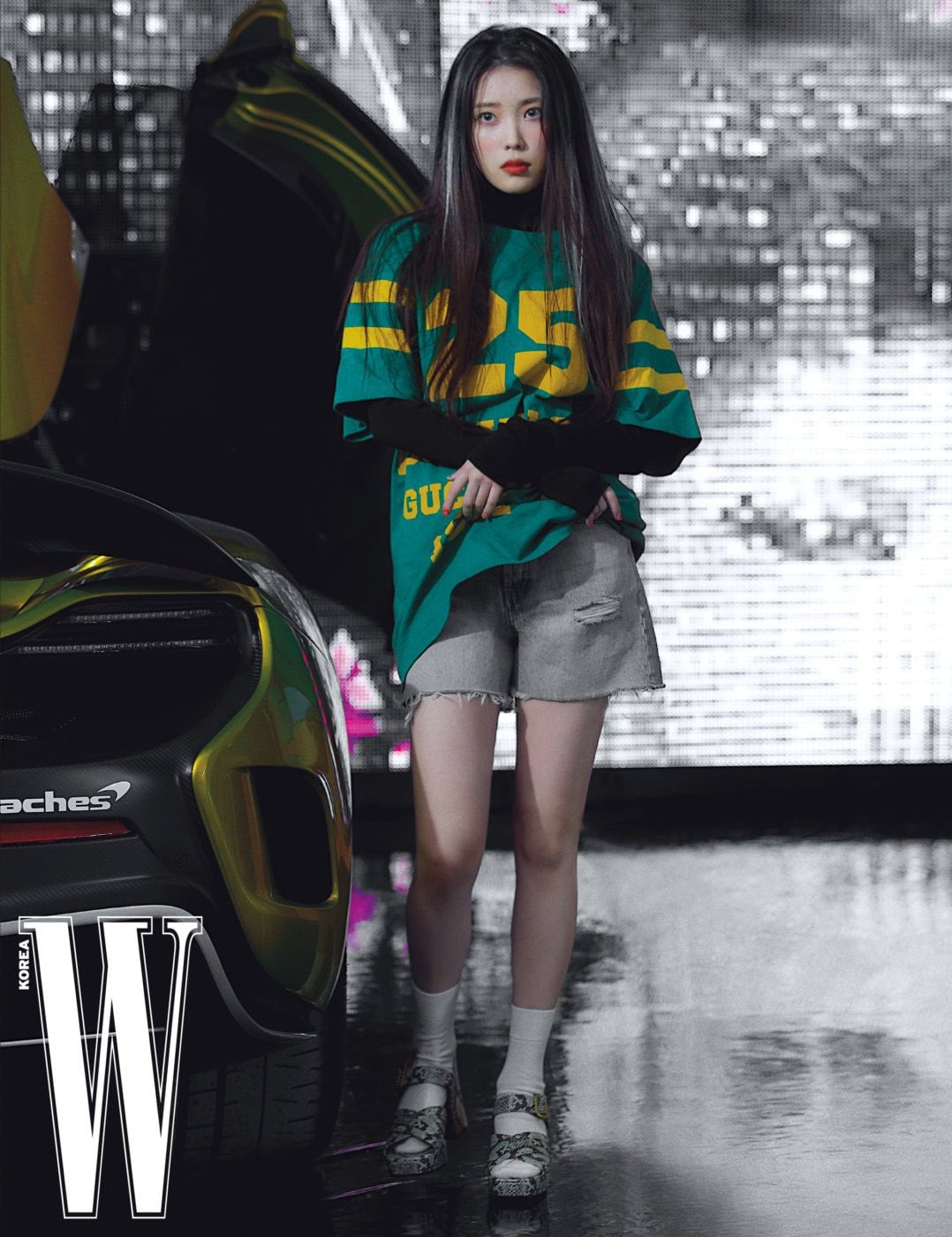 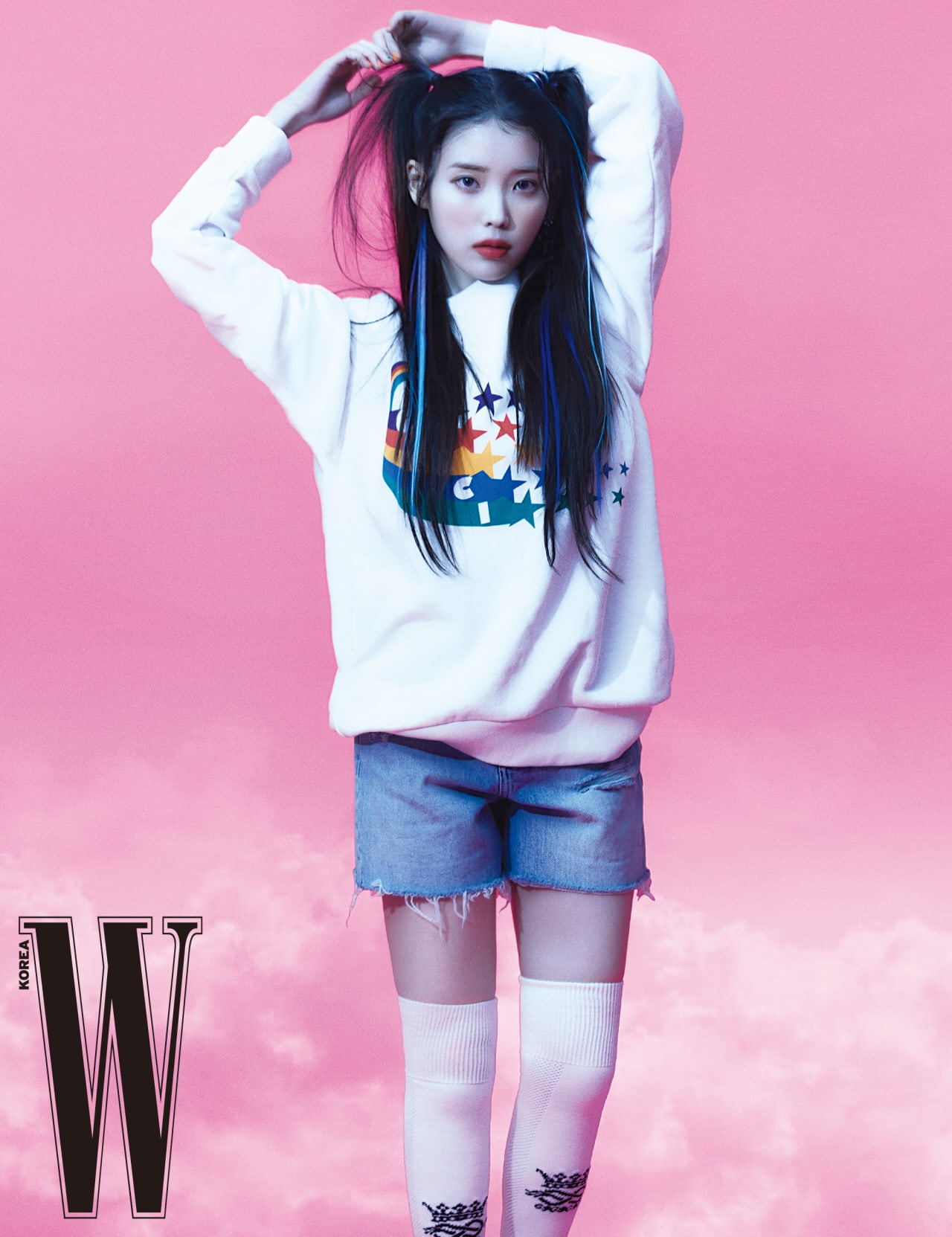 IU’s album “LILAC,” featuring the title track of the same name, comes out on March 25 at 6 p.m. KST. Check out her teasers here!