“Daebak Real Estate” is a fantasy drama about a real estate agent and a con artist who team up to exorcise ghosts and evil auras from haunted properties. Jang Nara stars as Hong Ji Ah, a hot-tempered exorcist and the boss of Daebak Real Estate. CNBLUE’s Jung Yong Hwa stars as Oh In Bum, a con man who doesn’t believe in ghosts but makes a living by pretending to be an exorcist.

Kang Mal Geum plays Joo Hwa Jung, the office manager of Daebak Real Estate, who is smart, professional, and has an impressive resumé. She is Hong Ji Ah’s ultimate supporter and the two women have worked together for 20 years.

In the new stills, Jang Nara shows Hong Ji Ah’s charisma, martial arts skills, and hot temper as an exorcist who inherited her powers from her mother. Hong Ji Ah and Joo Hwa Jung are holding interviews to hire a medium, and while Hong Ji Ah gives cynical and sharp looks at all the candidates presented, Joo Hwa Jung flashes them a professional smile. But as the interviews continue, both women show their disappointment at the crop of candidates presented. 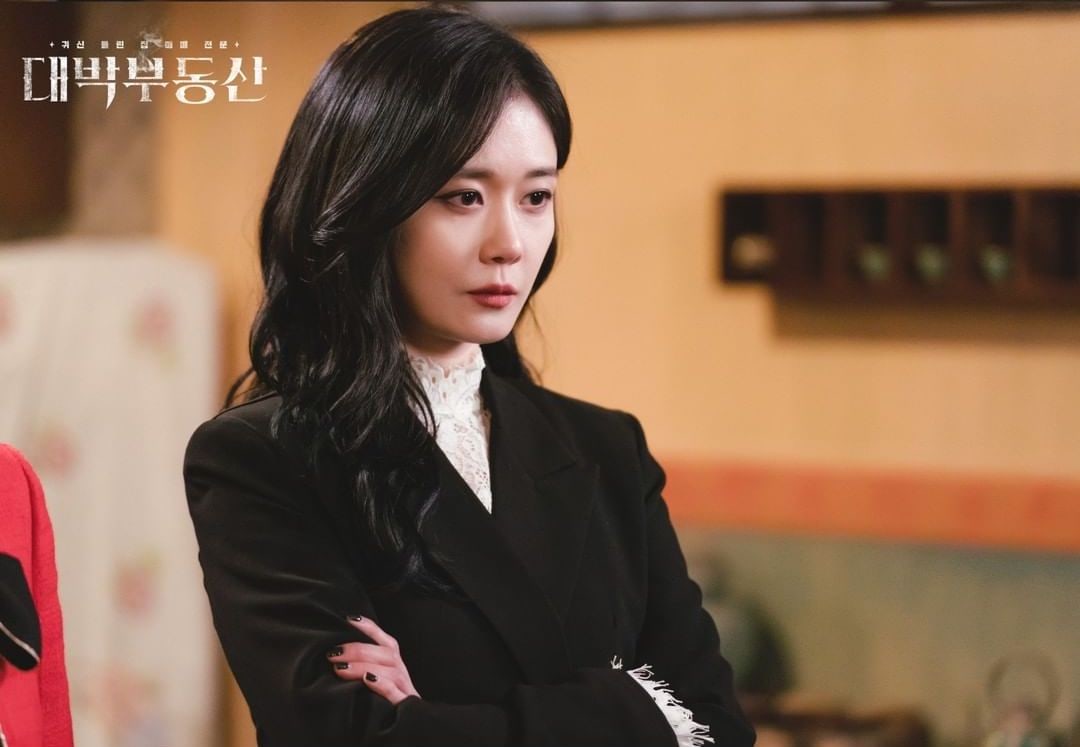 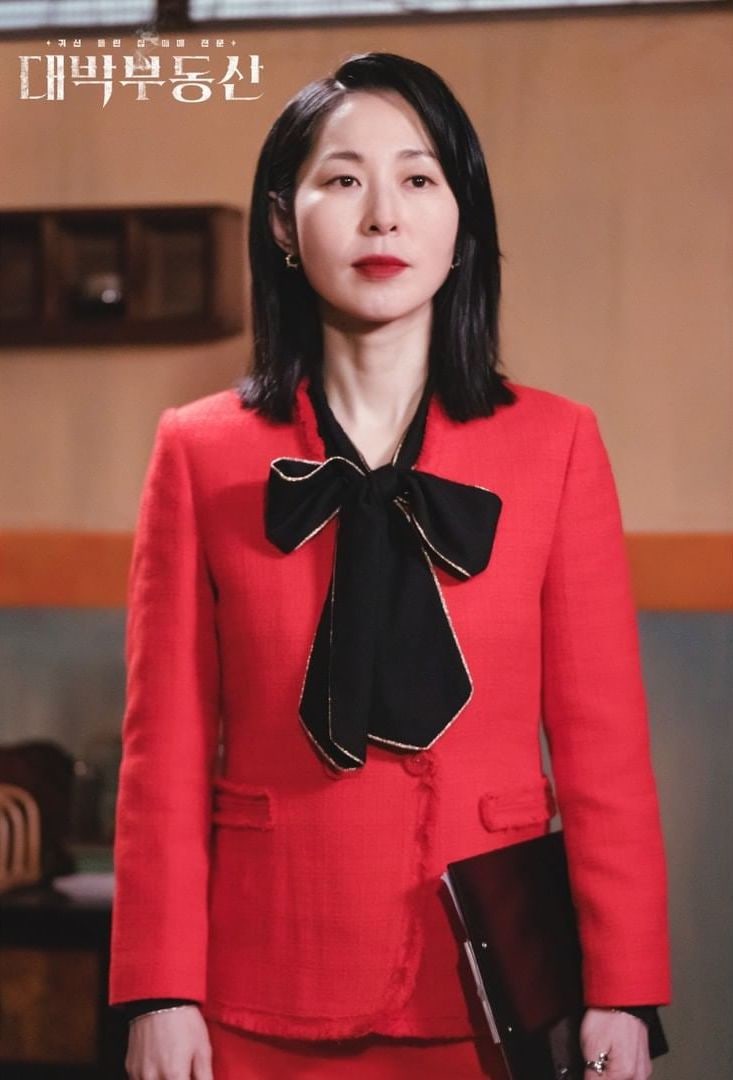 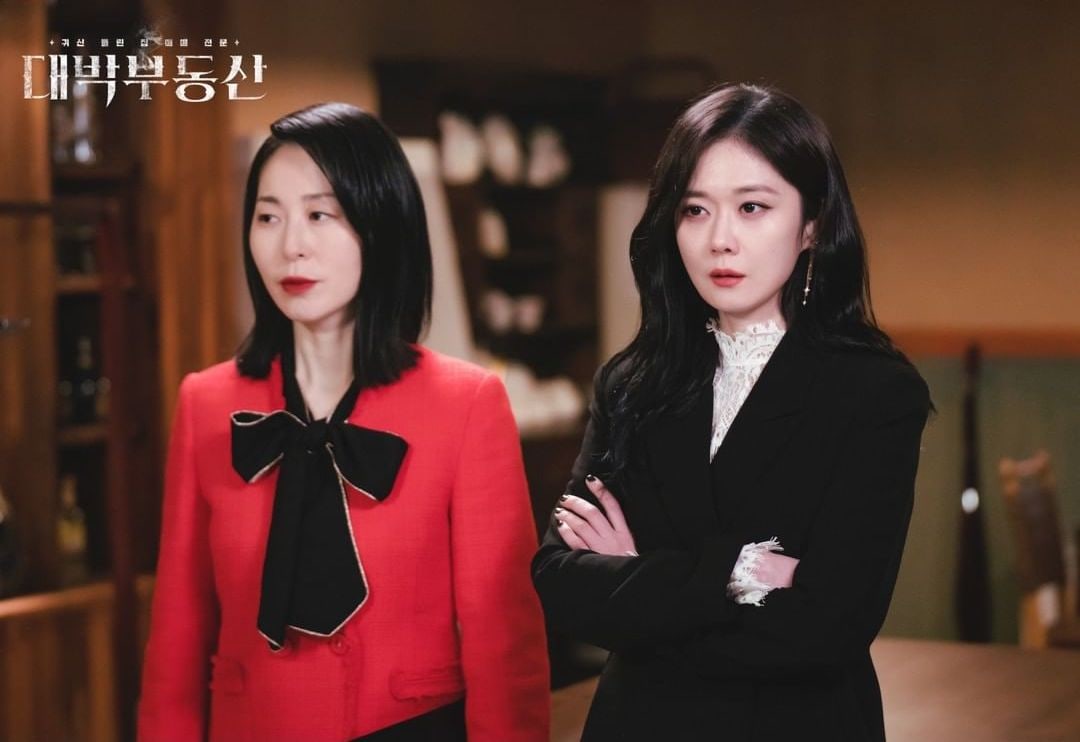 For this scene, which was filmed in February, Jang Nara and Kang Mal Geum showed a sister-like bond even off-camera. As soon as they met on set, they held each other’s hands and shared blankets to ward off the cold. Jang Nara complimented her co-star on her powerful red outfit and said, “You’re the spice in Daebak Real Estate.” Kang Mal Geum also shared her praise for Jang Nara’s character as being the real strong woman of the duo.

The production staff stated, “Even as they bicker back and forth, viewers will sense a warmth between the cold exorcist Hong Ji Ah (played by Jang Nara), and the professional businesswoman Joo Hwa Jung (played by Kang Mal Geum). Please look forward to the humane element the two actresses add with their passionate acting in ‘Daebak Real Estate.'”

Jang Nara
Kang Mal Geum
How does this article make you feel?