Watch: Lee Kwang Soo Surprises On “Running Man” By Cutting His Own Hair On The Spot

Lee Kwang Soo boldly took a pair of scissors to his own hair on the latest episode of “Running Man”!

On the March 28 broadcast of the SBS variety show, four of the “Running Man” members—Lee Kwang Soo, Jun So Min, HaHa, and Ji Suk Jin—became “entertainment agency CEOs” for the day. Each of them was tasked with persuading as many cast members and guests to join their agency as possible, and to no one’s surprise, the other “Running Man” members used the opportunity to lord it over the four “CEOs.”

When HaHa asked Yang Se Chan to join his agency, the comedian jokingly responded that he’d be willing to sign with him on one condition: if HaHa shaved off his mustache. As HaHa cracked up, Yang Se Chan explained, “If you shave off that entire thing and show me a clean face, I’ll agree.”

Unsurprisingly, negotiations came to a standstill, and Yang Se Chan dropped by Lee Kwang Soo’s office next. There, he made a similar proposition, bringing up the hairstyle that the “Running Man” cast has been teasing Lee Kwang Soo over for months. “All you need to do [for me to join],” he joked, “is get rid of the one thing that bothers me. I can’t stand to look at your mullet.”

Shocked, Lee Kwang Soo exclaimed, “But I already cut the back of my hair off—wait, you mean what’s left of it?” Yang Se Chan confirmed, “Yes, even what’s left of it bothers me. It curves a little in the back, and I don’t like it. If you cut that all off and make it neat, I’m willing to sign a contract agreeing to a 60-40 division of profits.”

Lee Kwang Soo visibly perked up when he heard the favorable 60-40 part of Yang Se Chan’s offer, and Yang Se Chan jokingly continued, “It’s because I don’t want my agency CEO to be teased by other agency CEOs and artists.” Lee Kwang Soo laughed, “Are you saying that because of my mullet, people will tease me?” and Yang Se Chan replied, “Of course. I’m sure people tease you.”

Lee Kwang Soo then made Yang Se Chan crack up by responding, “I don’t have a single actor under my agency right now, but if I had even one, I would have poured this hot coffee on your face.” 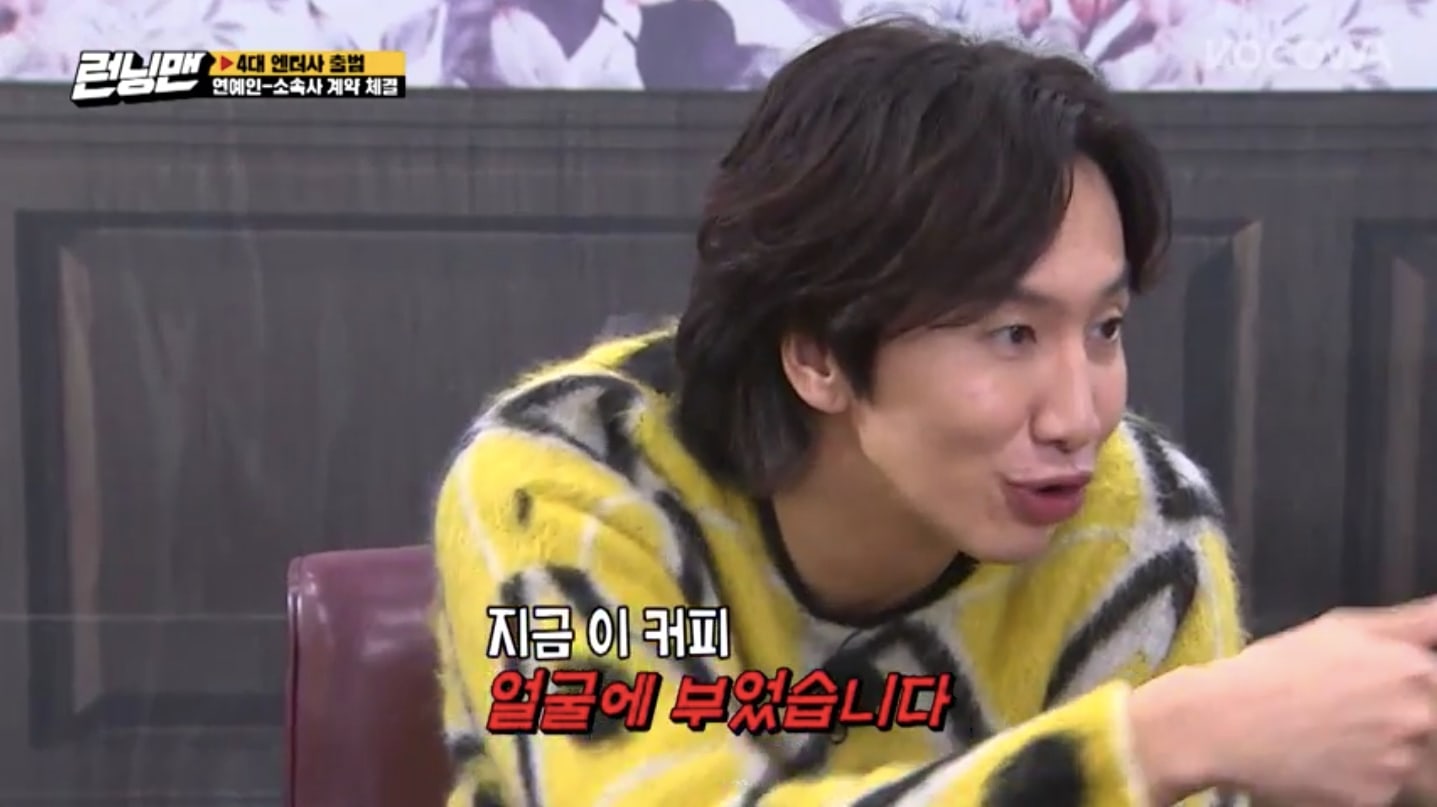 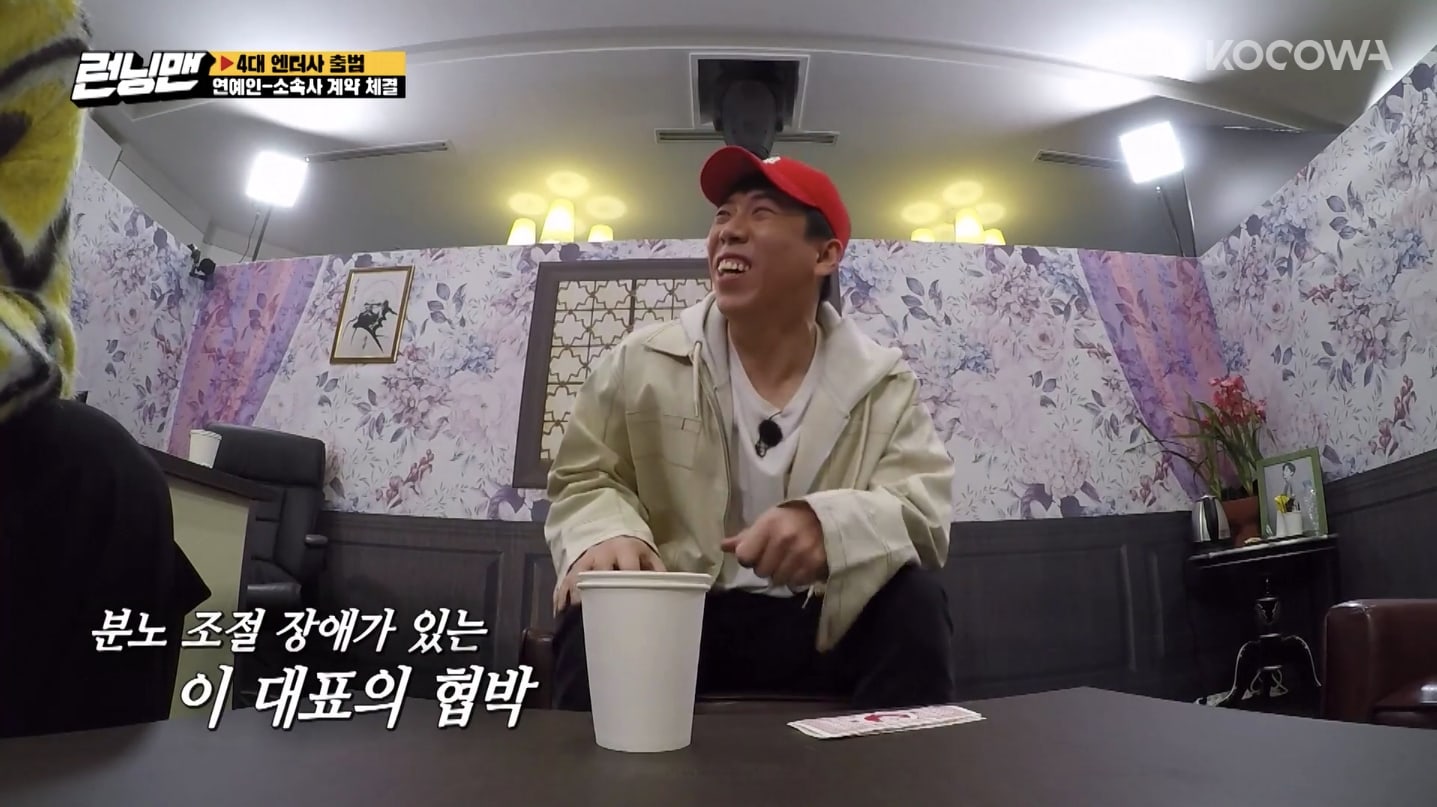 However, when Yang Se Chan continued to insist on the haircut as a hardball negotiation tactic, convinced that Lee Kwang Soo would never actually do it, the actor took him by surprise. After a moment of consideration, Lee Kwang Soo declared that he was prepared to cut his hair on the spot if necessary, and as Yang Se Chan looked on in disbelief, he actually began to get rid of his own mullet.

Unfortunately for Yang Se Chan, now that Lee Kwang Soo had resorted to extreme measures, he was forced to sign with his agency under the generous conditions he had mentioned earlier.

As Yang Se Chan burst out laughing in shock, Lee Kwang Soo said, “This is a display of my sincerity. For you, cutting off my hair is nothing. Why does hair matter? I can even shave my head.” However, he went on to jokingly warn, “But if you change agencies, I’ll kill you.” 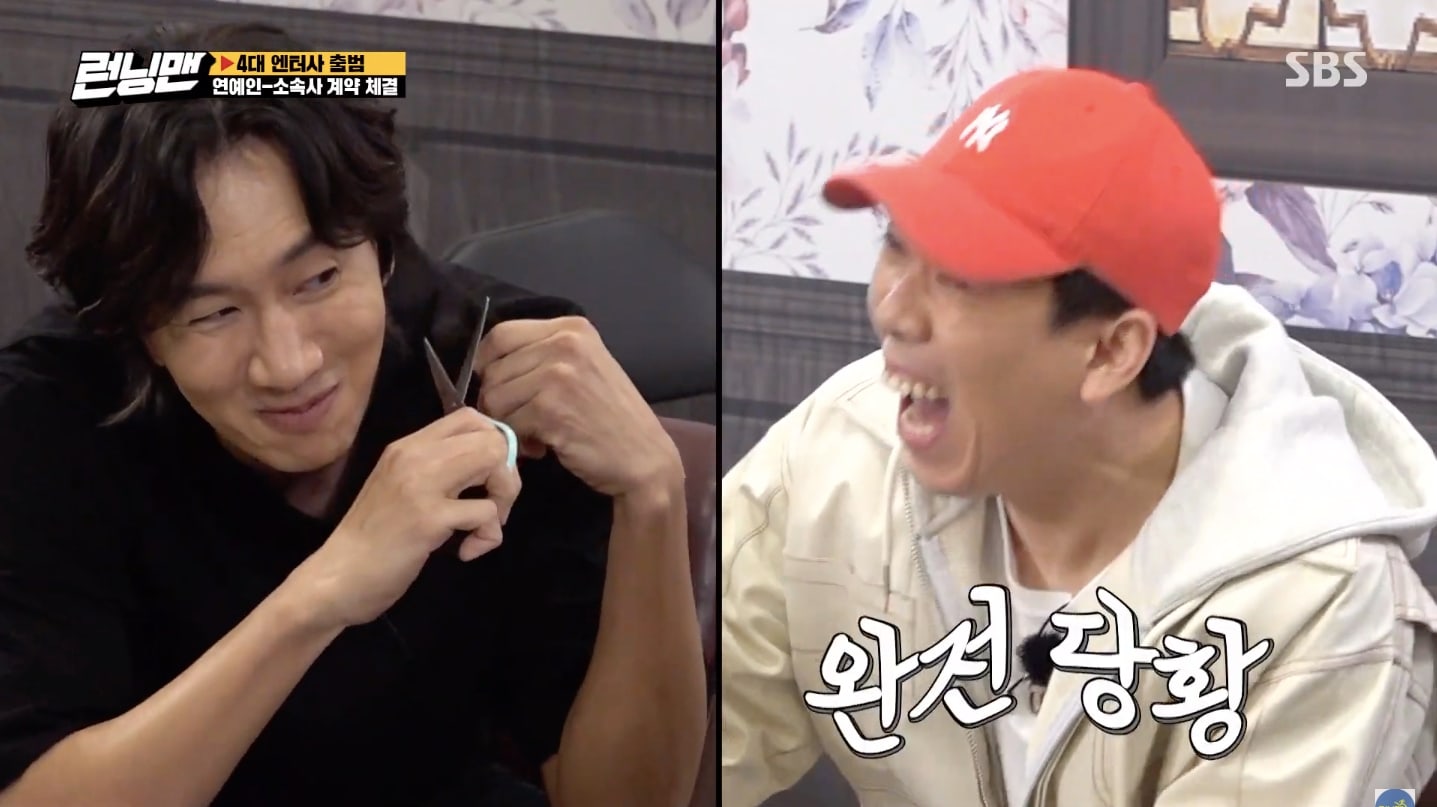 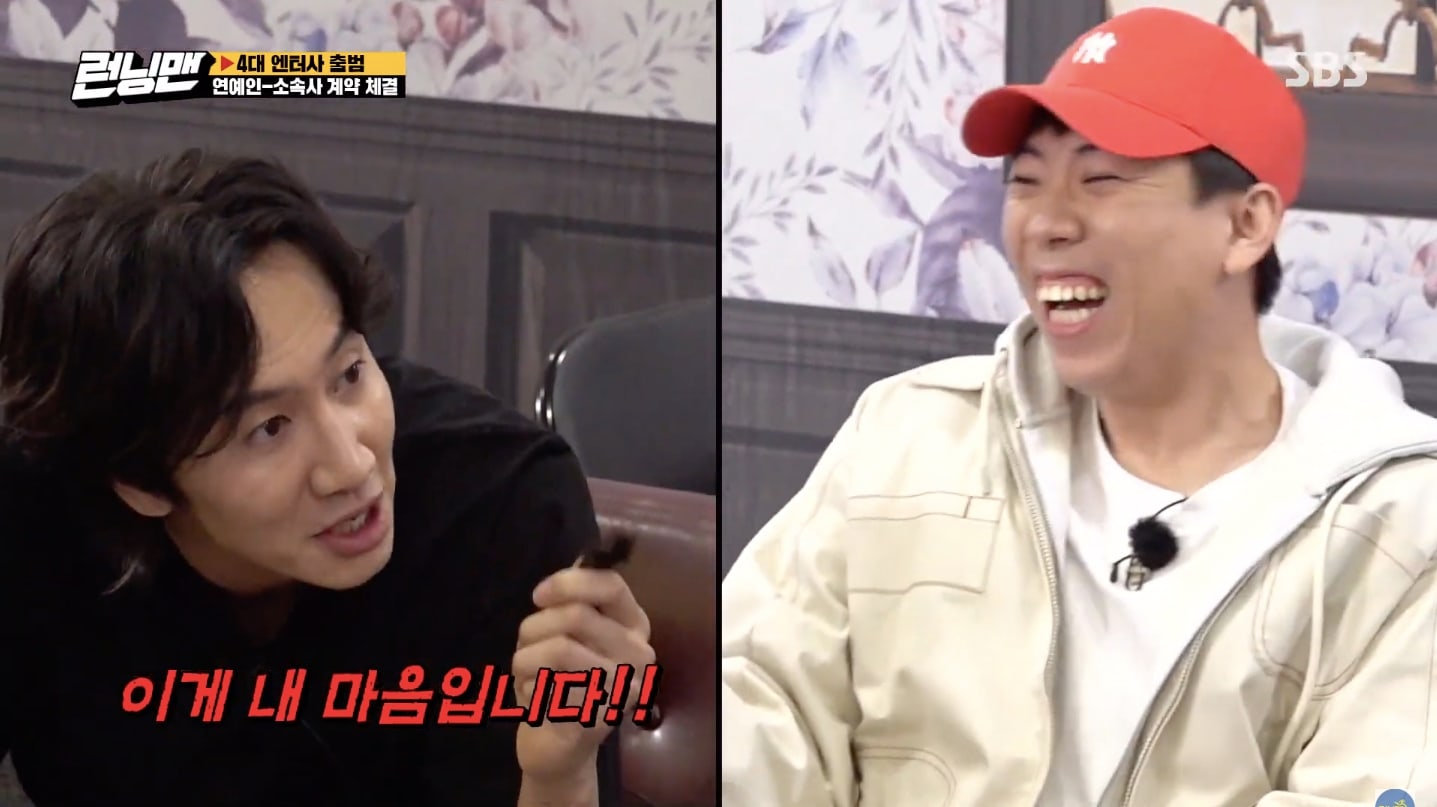 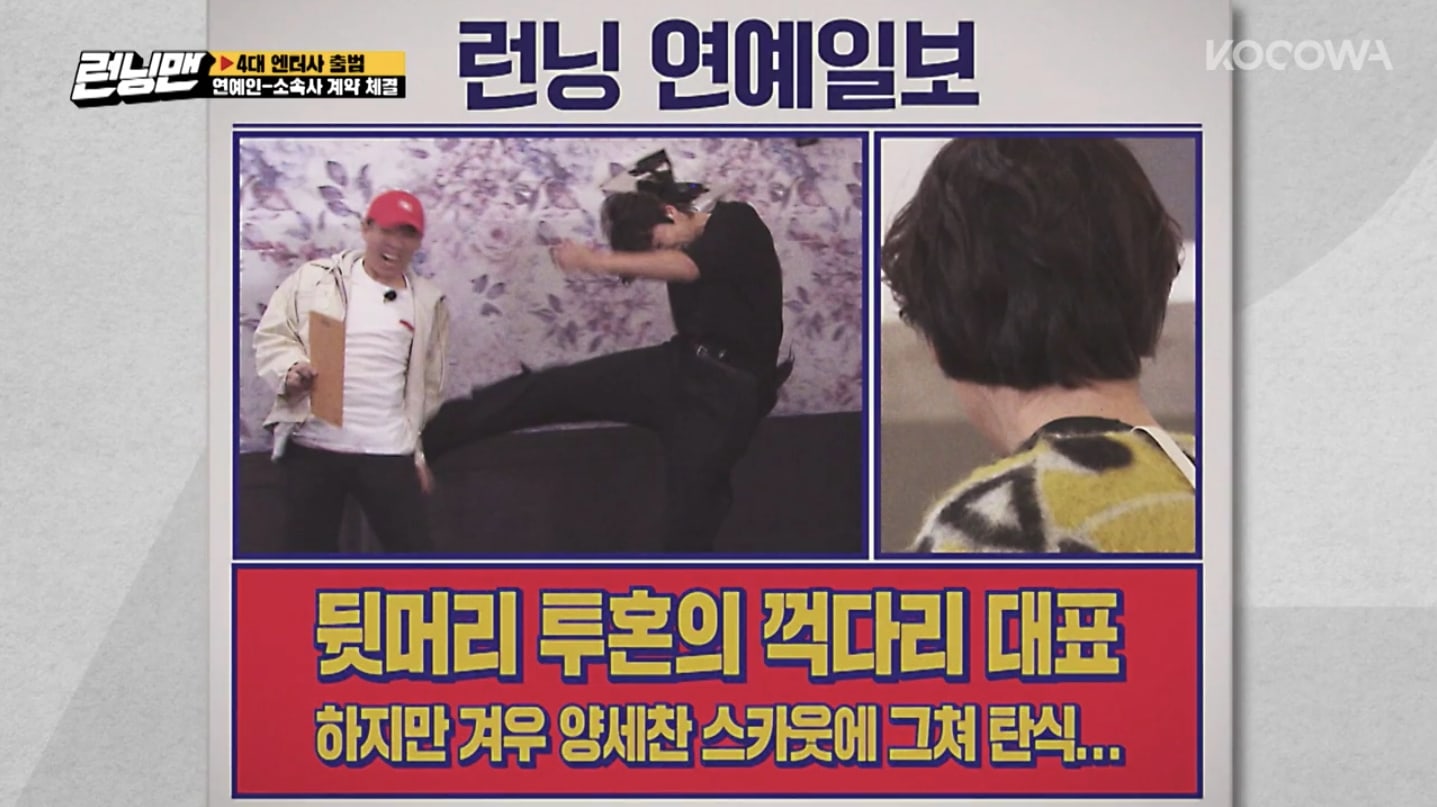 Check out the clip of Lee Kwang Soo starting to cut his own hair below!