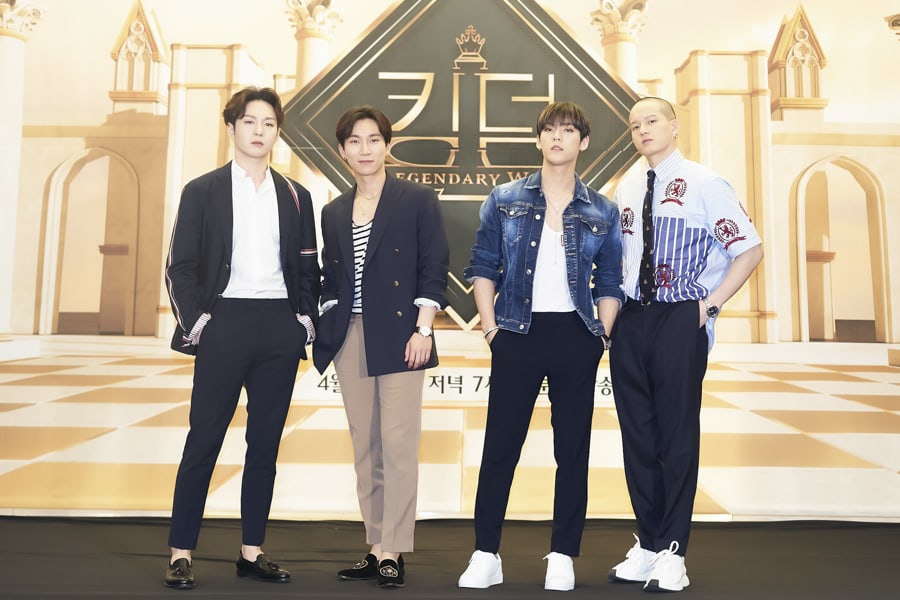 BTOB’s Eunkwang shared, “We contemplated about BTOB’s appearance on the show, but a lot of our members are in the military right now, so we wanted to show more diverse activities for Melody [BTOB’s fans]. We did feel pressured about having to show a legendary stage, but we decided to appear on the show.”

“We also deliberated over it a lot,” iKON’s Jinhwan stated. “During times like these, it’s not easy to perform on stage. Aside from the competition, we just wanted to create good performances.”

SF9’s Youngbin explained, “We decided to appear on the show because we thought we’d be able to grow by competing with these great teams. We often get praised for our physical aspects like height and visuals, but our skills are also worth praise.” 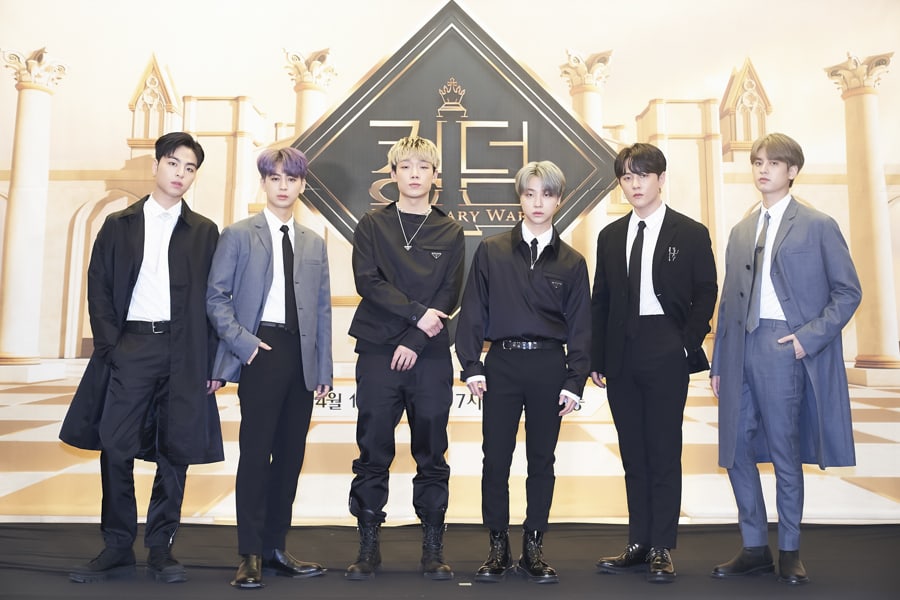 Describing how THE BOYZ was the final winner on the preliminary show “Road to Kingdom” and naturally gained a spot on “Kingdom,” Sangyeon shared, “We will gain energy from our fans and show great stages.”

Stray Kids’ Bang Chan said, “We’re still lacking, and the opportunity to appear on ‘Kingdom’ is a big honor. We will show Stray Kids’ various new sides to STAYs [Stray Kids’ fans] all around the world.”

ATEEZ’s Hongjoong expressed, “We wanted to widen our perspective and try performances that are different from what we’ve done until now. We will learn from our seniors and show more growth. This is a chance for us to show more interesting stages during these times.” 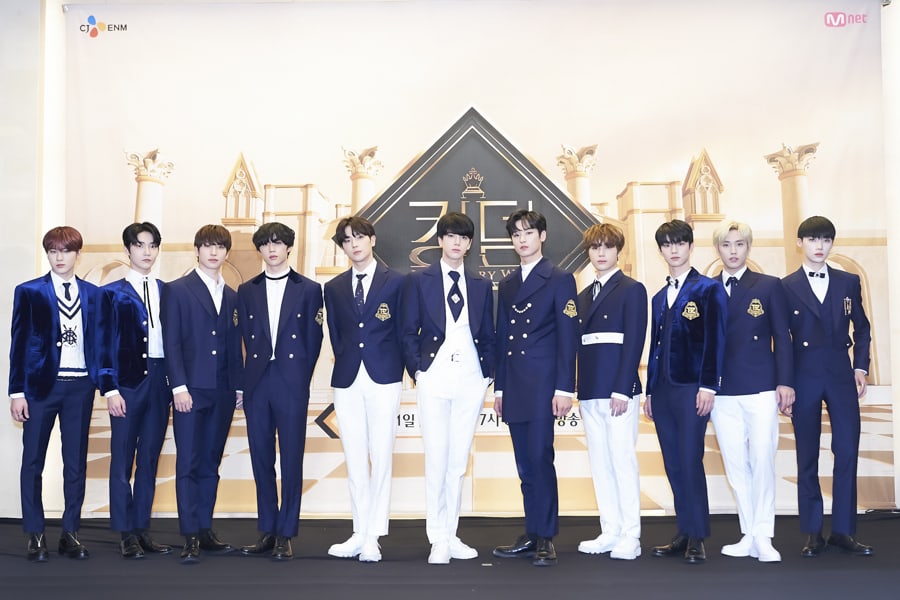 CP Park Chan Wook spoke about what makes “Kingdom” special, explaining, “It’s a global project. In this era, K-pop is recognized as a genre of its own at overseas award ceremonies. The global evaluation allows K-pop fans all around the world to enjoy the performances and participate as well. There’s also the variety of stages. The biggest point to look out for as you watch the show is how the six teams create the best stages using elements from their own distinct styles.”

He also shared his reasons for casting each team, saying, “ATEEZ is a team with a strong global fanbase. Stray Kids has several music videos with over 100 million views, and they also have many global fans. THE BOYZ needs no explanation because they are the winners of ‘Road to Kingdom.’ SF9 has many members who are popular as actors and have well-built bodies, so you can look forward to their cool performances. iKON has many hits, and they’re an amazing team. They really know how to enjoy themselves on stage. BTOB is the most senior group. Only four members are participating, as the others are serving in the military, but their musical style is enough. Even without a [dance] performance, they can show great power with their music.” 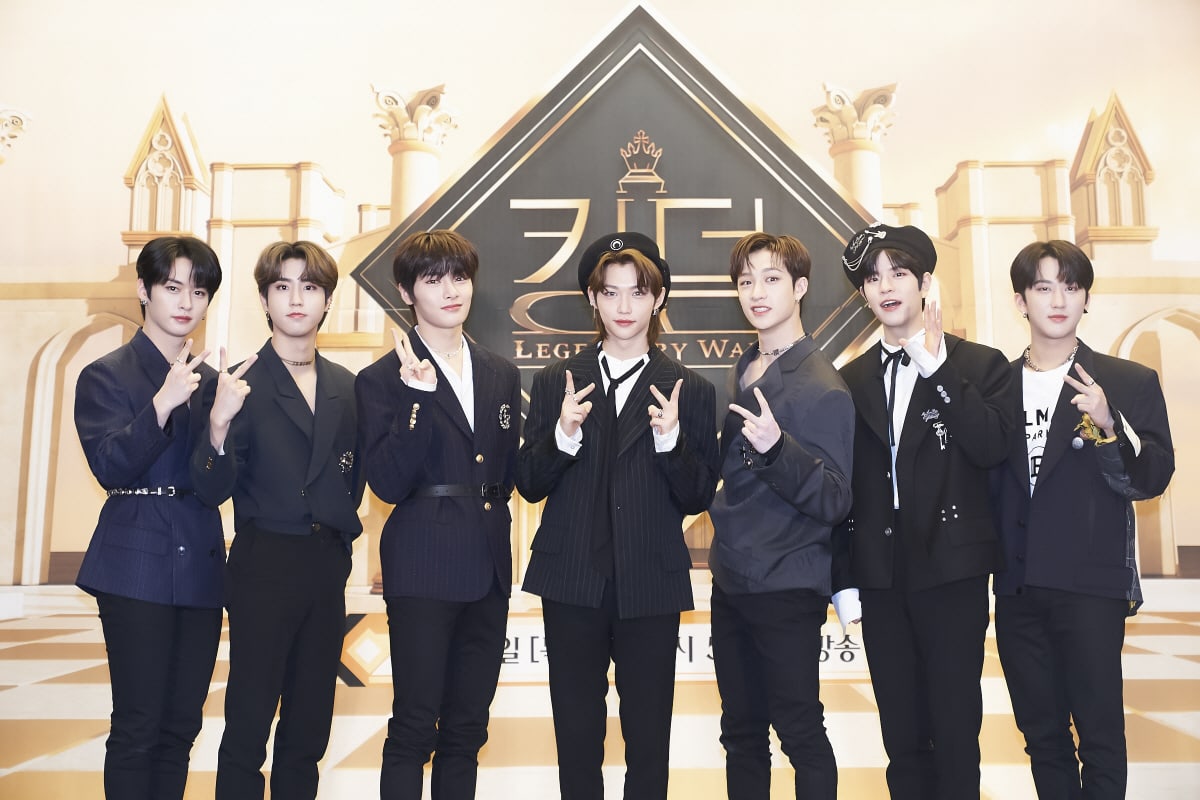 PD Lee Young Joo then announced that there would be no eliminations in “Kingdom.” “In ‘Kingdom,’ one winning team will result from a competition between the six teams. They will be given points based on voting by competing teams (25 percent), expert panel score (25 percent), domestic and global fan votes (40 percent), and video score (10 percent). The team with the most points wins. Global fan votes were included in the criteria for an objective evaluation, and we have invited 30 experts to the panel to vote. Please watch the show to find out about the rules for the final live broadcast. This time, there are no eliminations. The six teams each have their own styles, so it makes no sense to eliminate any of them. They are all creating legendary stages.” 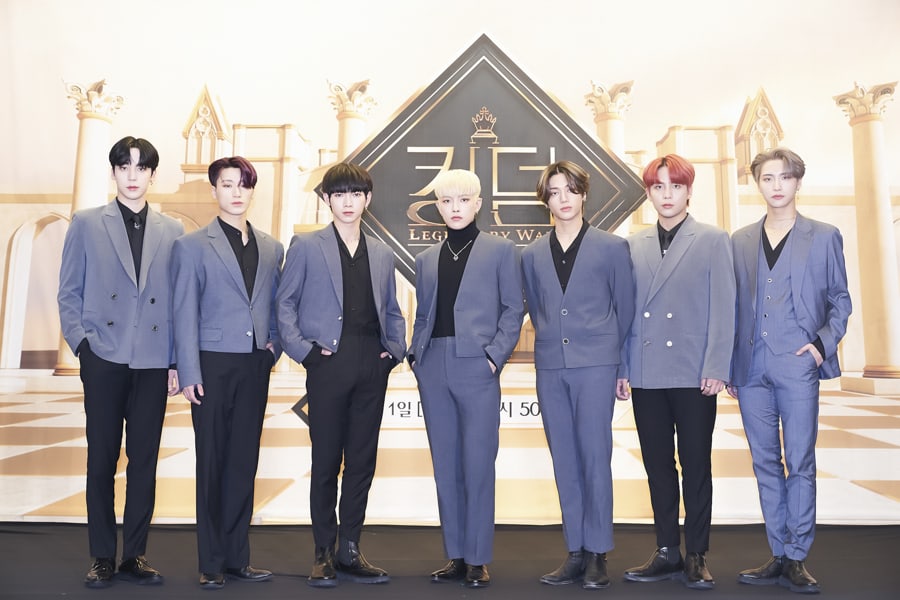 The show’s MC, Changmin, also shared praise for the groups. He said, “Idols these days have much better skills compared to when I started out as an idol. It’s difficult to find an idol that’s lacking in skills now because everyone’s skills have collectively improved. So compared to the past, I thought it had become more difficult for teams to find their own unique style. When ‘Kingdom’ began, I was worried about whether the six teams would be able to show diverse stages. But after participating in the recording for the first competition round, I realized that I was worried for nothing. Although I’m an MC, I really had fun. I think Mnet did a great job of casting these six teams.” 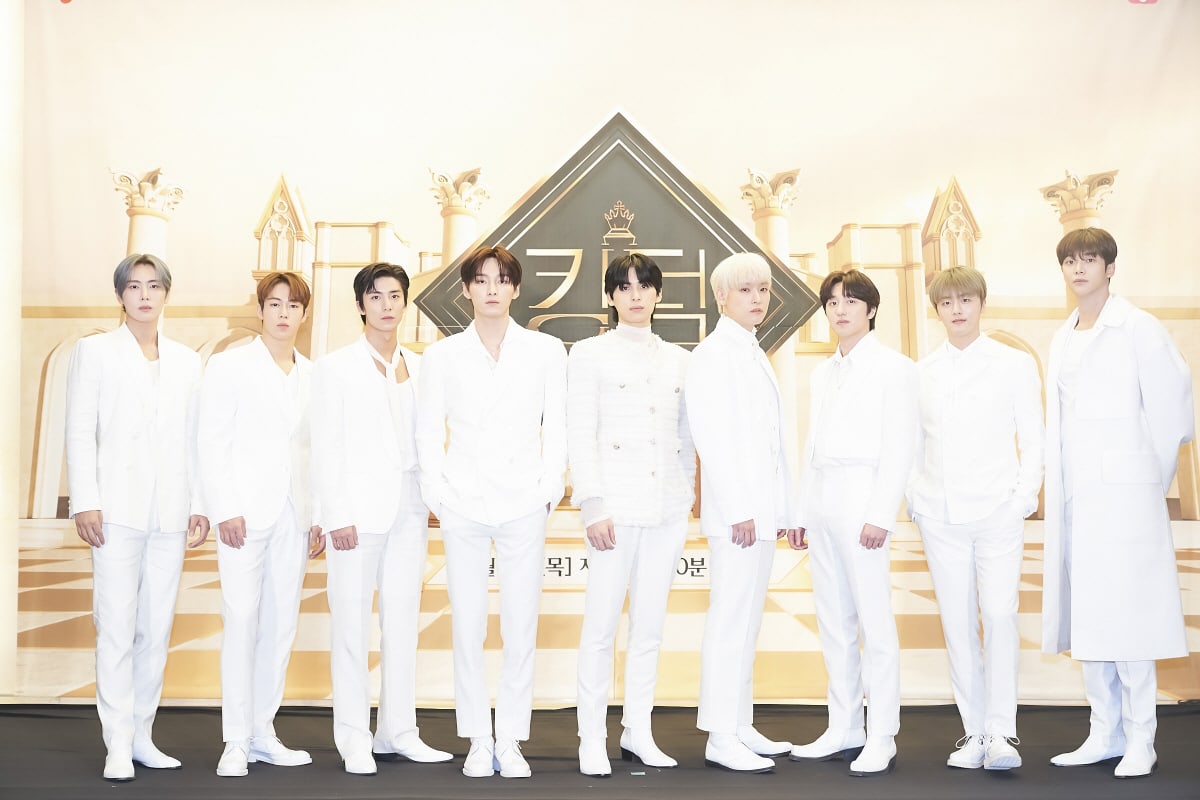 Each team then revealed their greatest strengths that would lead them to victory. BTOB chose their 10 years of experience on stage and teamwork, iKON their signature vibe that can’t be explained in words, SF9 their facial expressions and dramatic expressiveness, THE BOYZ their stage formations that utilize their many members, Stray Kids their skills in writing and arranging songs as well as their unique concept, and ATEEZ their signature energy.

The attention was shifted back to Changmin, who was asked to pick one person among his juniors who caught his eye. “It’s cruel to ask me to pick just one person. There are so many idols with great visuals, vocals, variety skills, and youthfulness. If I had to choose someone special, I’d choose BTOB’s Seo Eunkwang. I’m still only an artist under my agency 17 years after my debut, but Seo Eunkwang is already a director at his company only 10 years into his career. The position of a director is very special,” Changmin humorously responded. 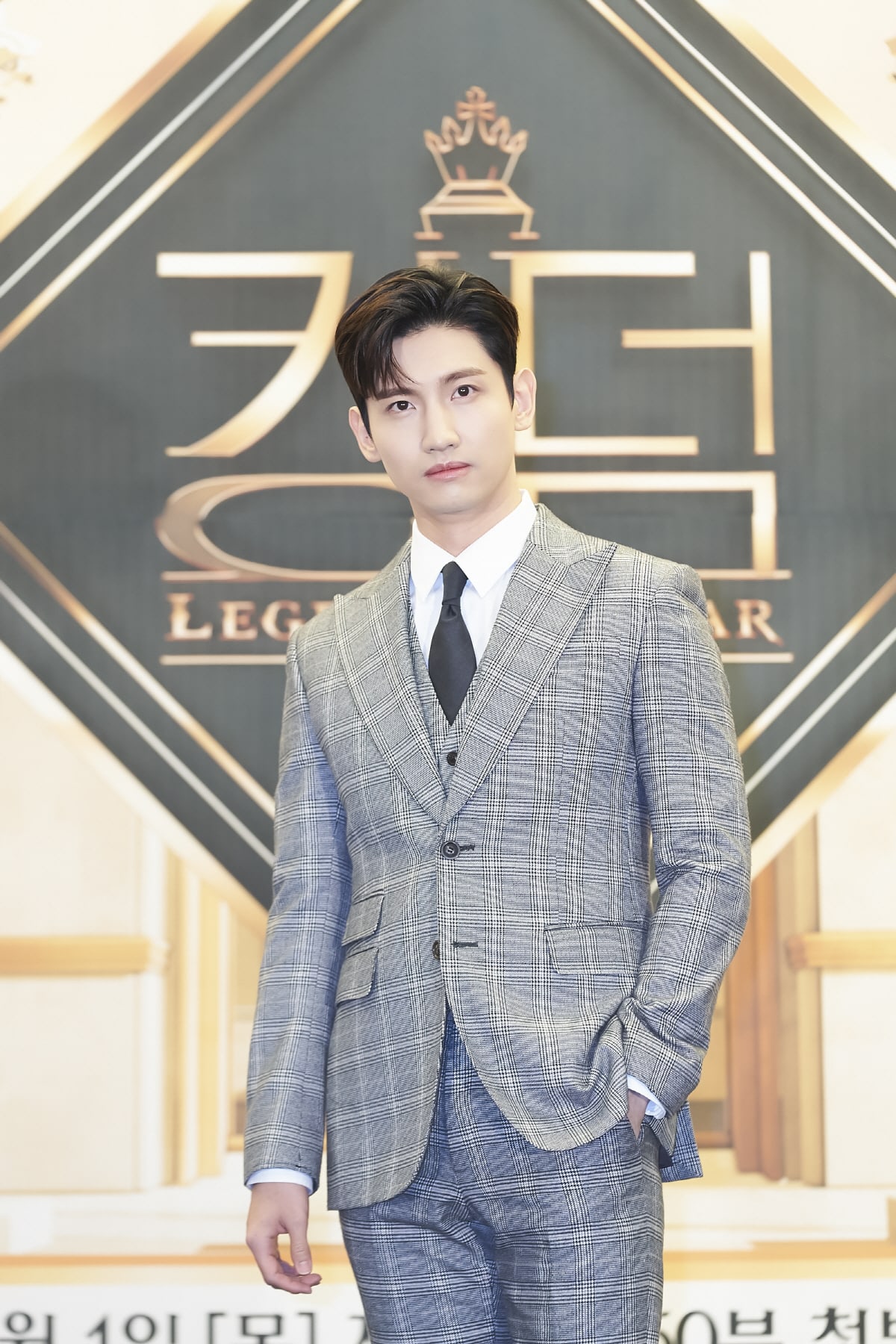 Regarding the controversy surrounding potential bias related to each team’s stage decoration budget, CP Park Chan Wook stated, “I apologize that an issue was raised ahead of the show’s premiere. But we did not have to halt the recording due to someone’s complaint. There was also no favoritism towards a certain team. I hope that the six teams and their agencies were not harmed by this issue. For round two, we had discussions with each agency about the parts that were lacking in round one. We have all negotiated and agreed on a way to bring out each team’s creatives well. Starting round three, with the conditions that all six teams have agreed on, we will make sure that there are no more issues like these.”

The producer also mentioned their plans for TVXQ’s Yunho, who was originally one of the show’s hosts along with Changmin. After being investigated for violating social distancing regulations, Yunho revealed through his agency that he had decided to step down from the show until the results of the investigation were released. Park Chan Wook shared, “Regarding Yunho, the parts that were already recorded of him as an MC will be aired until episode 3. Changmin will then host the show alone. Changmin is a skilled MC, and I believe he will lead ‘Kingdom’ well as both a host and a senior.”

Watch a preview of the first episode below!