On April 1, the highly-anticipated idol competition show aired its first episode, which featured its contestants going head-to-head in a 100-second performance battle.

The premiere began by introducing the six competing groups—THE BOYZ, Stray Kids, ATEEZ, BTOB, SF9, and iKON—as they greeted each other on the “Kingdom” set for the first time. Hosts TVXQ then took the stage to explain the rules and point calculation system for the program.

As previously announced at the show’s press conference earlier that day, there will be no eliminations in “Kingdom.” (“Queendom,” the original 2019 female version of the program, included the possibility of an elimination, while “Kingdom” prequel “Road to Kingdom” featured two eliminations.)

Over the course of four rounds of competition, the “Kingdom” contestants will be awarded points based on the following criteria: votes by the six competing groups (25 percent), evaluations by a panel of 30 experts (25 percent), domestic and global fan votes (40 percent), and video view count (10 percent). However, the points will be calculated differently for the show’s live finale.

At the end of the competition, the group with the highest score will emerge the victor, and their prize will be a “Kingdom Week” that includes their own Mnet reality program, as well as a special show. 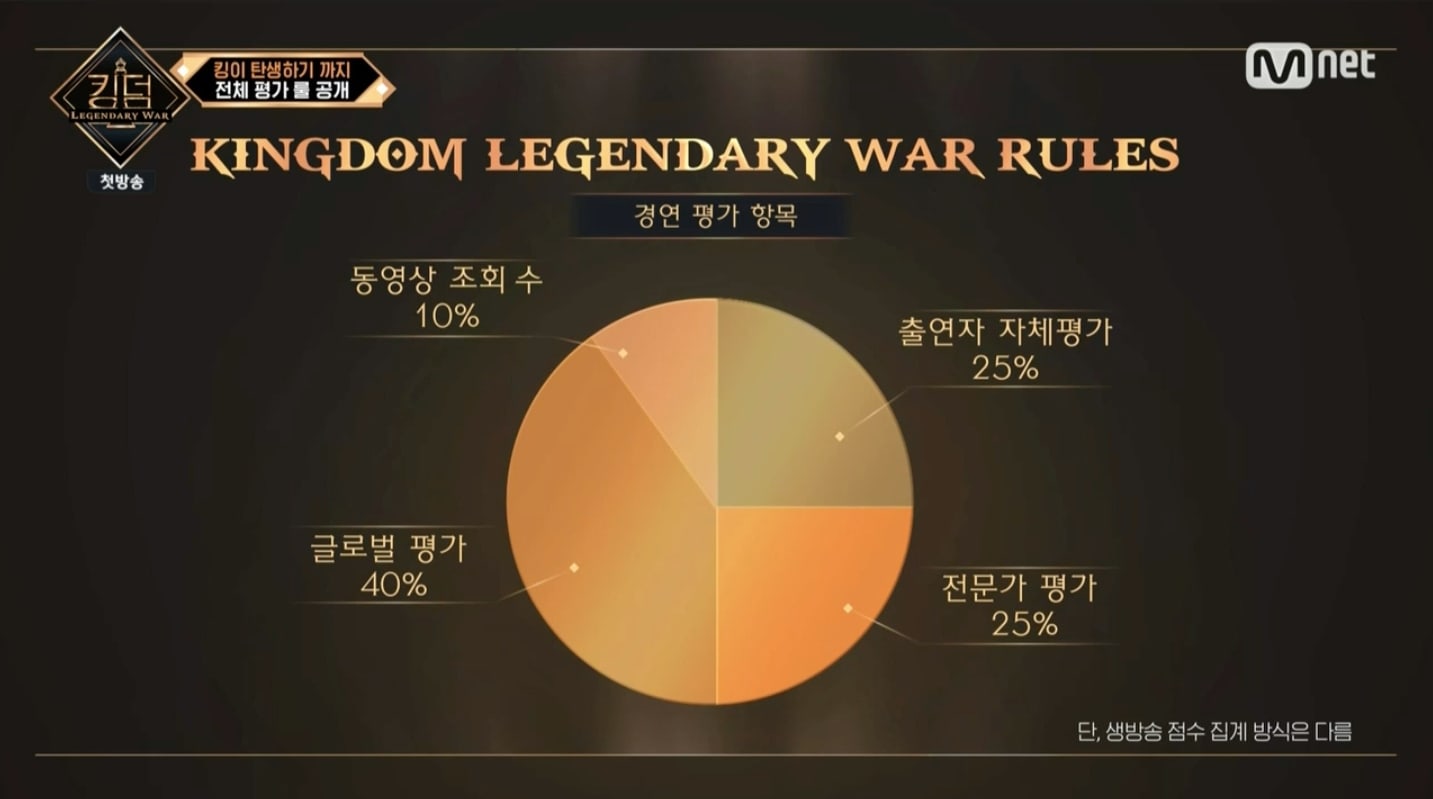 For the preliminary round, the competing teams had to put on a 100-second performance of a song that had earned them a music show win. These six performances were streamed online back in February, when global fans voted for three teams each—and the rankings for this round were determined based solely on those votes.

Before the round began, TVXQ also revealed that the prize for first place was 1000 benefit points and the power to decide the lineup order for the first official round of competition.

Finally, the episode ended with a cliffhanger as “Kingdom” revealed part of the results for the preliminary round. ATEEZ took fifth place in the rankings, SF9 came in fourth, and BTOB claimed third. The groups in first, second, and sixth place will be revealed next week.

Which of the performances was your favorite? Share your thoughts with us in the comments below!