tvN’s “Mouse” unveiled a new poster for the second half of the drama!

The drama is about an innocent and upright police officer named Jung Ba Reum (Lee Seung Gi) and a hardened detective named Go Moo Chi (Lee Hee Joon) who believes in nothing but revenge against the serial killer who murdered his parents. The two team up to track down an evil psychopathic predator.

“Mouse” has hinted that new changes will be coming to the drama.

Previously, it was revealed that Han Seo Joon (Ahn Jae Wook), a.k.a. Head Hunter, transplanted his son Sung Yo Han’s (Kwon Hwa Woon’s) brain into Jung Ba Reum’s head. Ever since then, Jung Ba Reum hasn’t been himself, and he desperately prayed that he wouldn’t become like the psycho. However, Jung Ba Reum couldn’t restrain his new side and eventually strangled a man.

The new poster gives a peek at Jung Ba Reum’s transformation. In the previous poster, Jung Ba Reum was wearing a spotless police uniform and had a determined expression that showed his will to get the villain no matter what. However, in this new poster, Jung Ba Reum is wearing a black coat, and his hair is slicked back and parted so that his forehead shows. His expression is cold and merciless, and Go Moo Chi looks at him with doubt and confusion. Unlike the previous poster’s tagline that read “He is hunting people,” the tagline in this one reads, “I am beginning a new hunt.” 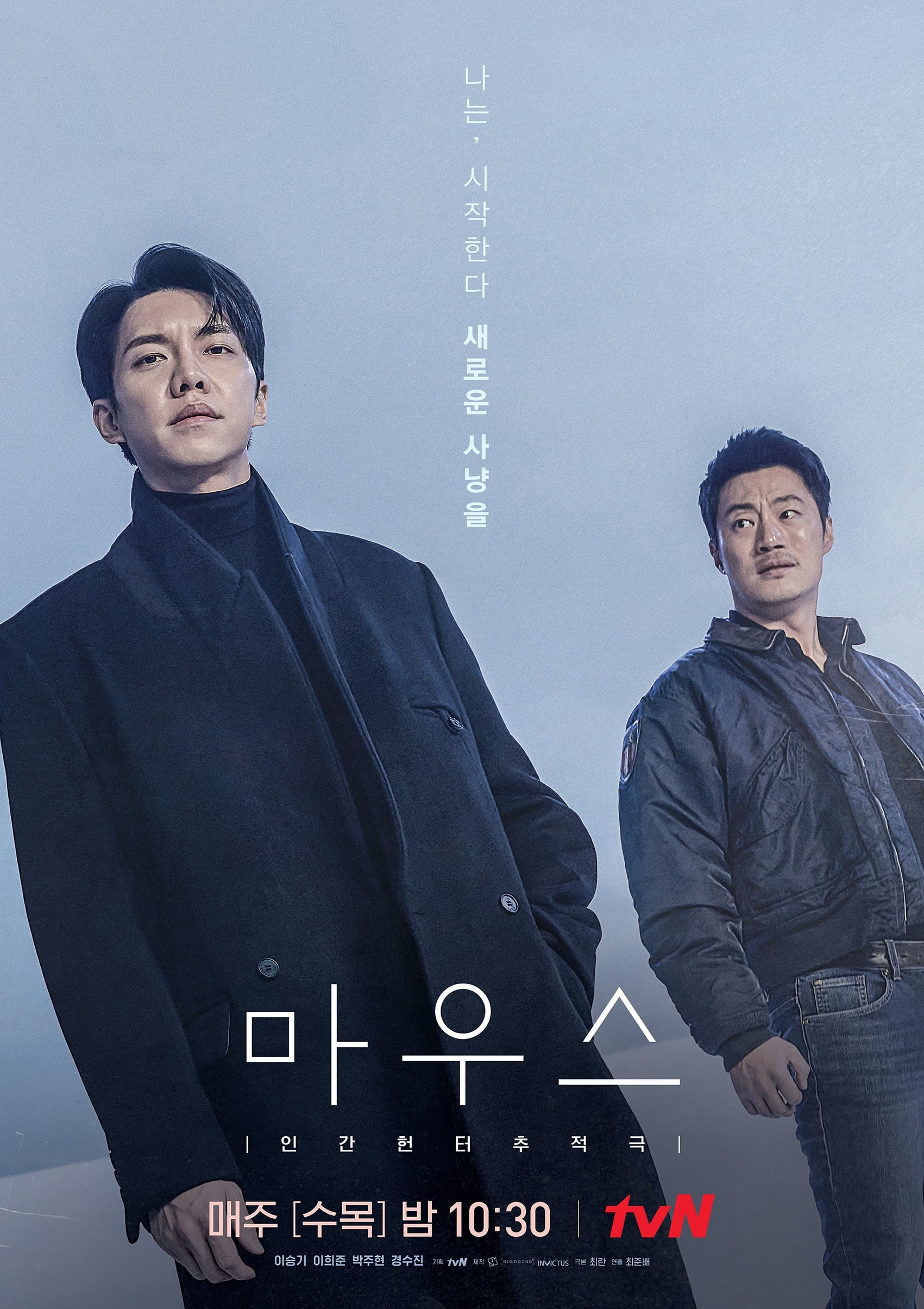 The production team shared, “As the overall context and atmosphere of the drama has been completely changed, we tried to capture that visually through the main poster for the second part. In order to improve the audience’s understanding of the plot and to induce interest, a special episode will air on April 7 to summarize the story’s elements and twists so far. Please look forward to the unpredictable second half of the drama.”

Catch up on the latest episodes of the drama with subtitles below!