KBS 2TV’s “River Where the Moon Rises” shared a sneak peek of a decisive moment!

Pyeonggang has been doing her best to achieve her goal of making Goguryeo a better place for the common people to live in, and Gyeru Tribe’s Gochuga Go Won Pyo (Lee Hae Young) poses as the biggest obstacle. In the past, Go Won Pyo killed Pyeonggang’s mother Queen Yeon (also played by Kim So Hyun) in order to rise to power and suppressed On Dal’s Sunno Tribe. While Pyeonggang was away, Go Won Pyo used King Pyeongwon (Kim Bup Rae) as a puppet king and took control of Goguryeo. In an attempt to take over the throne, Go Won Pyo planned to make the regional nobles rise up against the royal family, but his plan was thwarted by On Dal’s punitive forces that crushed the rebellion. Go Won Pyo and his son Go Geon (Lee Ji Hoon) were then imprisoned, but Hae Mo Yong (Choi Yoo Hwa), who is in love with Go Geon, worked to get them out.

On April 11, “River Where the Moon Rises” released stills of Pyeonggang and Go Won Pyo engaging in a duel.

Pyeonggang stands in front of her father King Pyeongwon and her younger brother (Park Sang Hoon), protecting them from Go Won Pyo, who exudes a murderous aura with a sword in his hand. Pyeonggang extends her own sword, showing that she won’t back down. Lastly, the two enemies push against each other with their swords, both unwilling to yield (see top photo). Who will come out victorious in the end? 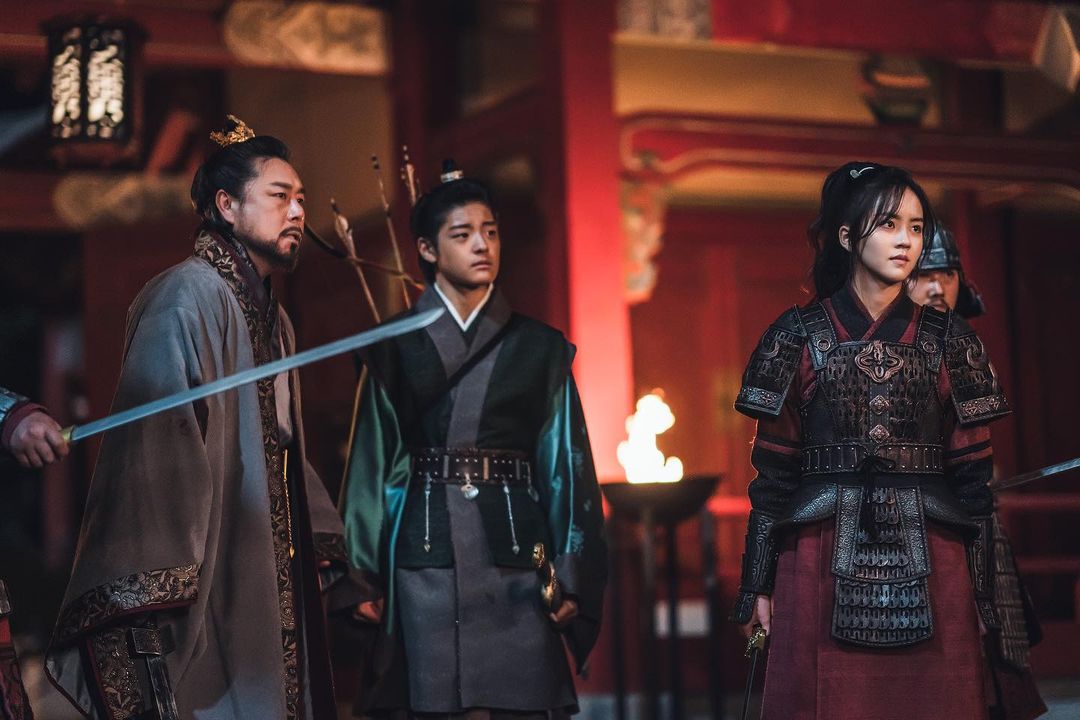 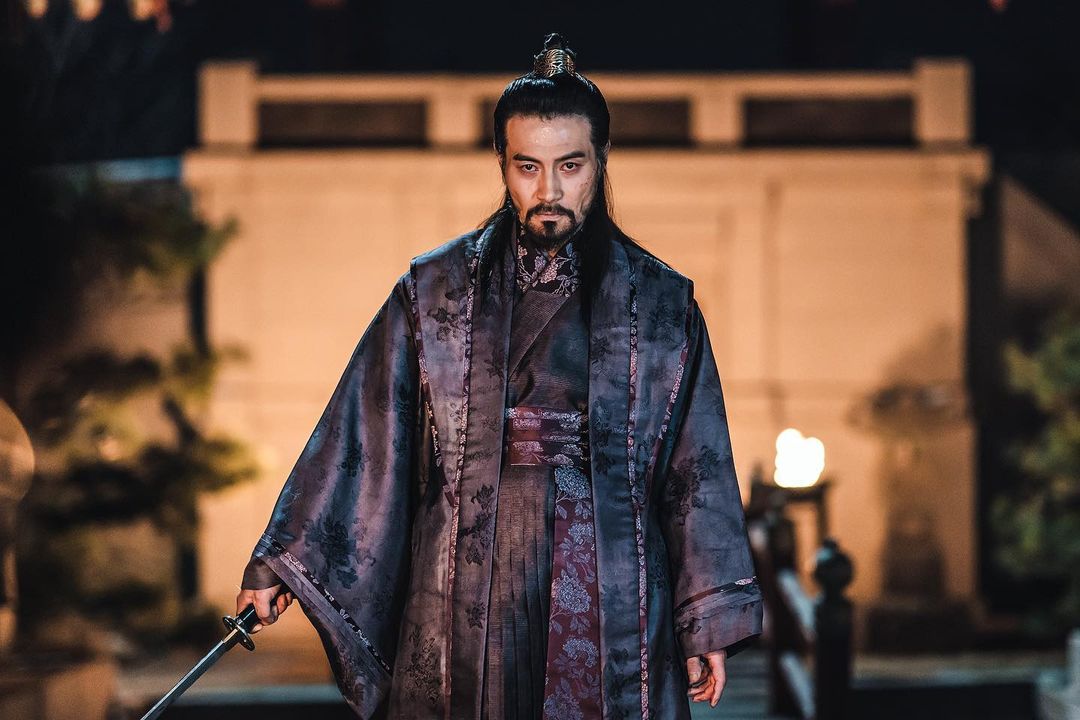 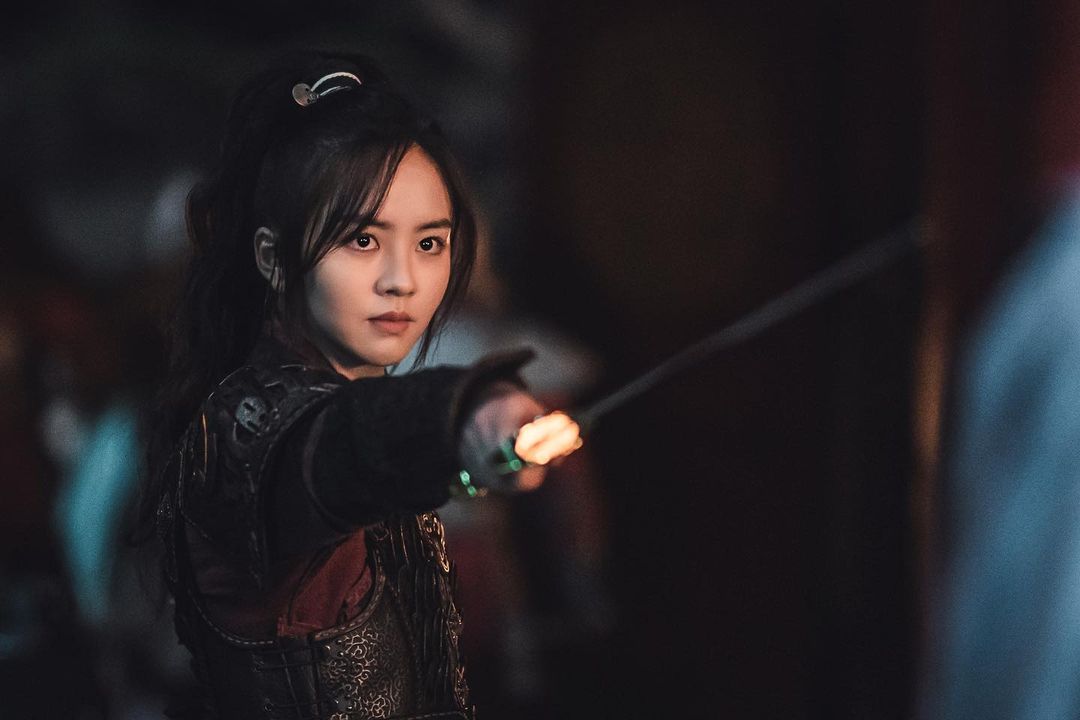