Former prosecutor and criminal law professor Yang Jong Hoon (Kim Myung Min) and former judge and civil law professor Kim Eun Sook (Lee Jung Eun) are peers who attended the same college and the Judicial Research and Training Institute together. Kim Myung Min, who is known for his powerful charisma, and Lee Jung Eun, who has impressed viewers with her shockingly realistic and memorable acting, will portray amazing synergy in the upcoming drama. The production team shared, “They endlessly talked about the project on set and put in effort to complete a well made drama.” Regarding Kim Myung Min, Lee Jung Eun described, “While seeing him accomplish a court scene that takes up numerous pages of the script in one breath, I thought, ‘He’s a living and breathing Yang Jong Hoon. He’s actor Kim Myung Min.” 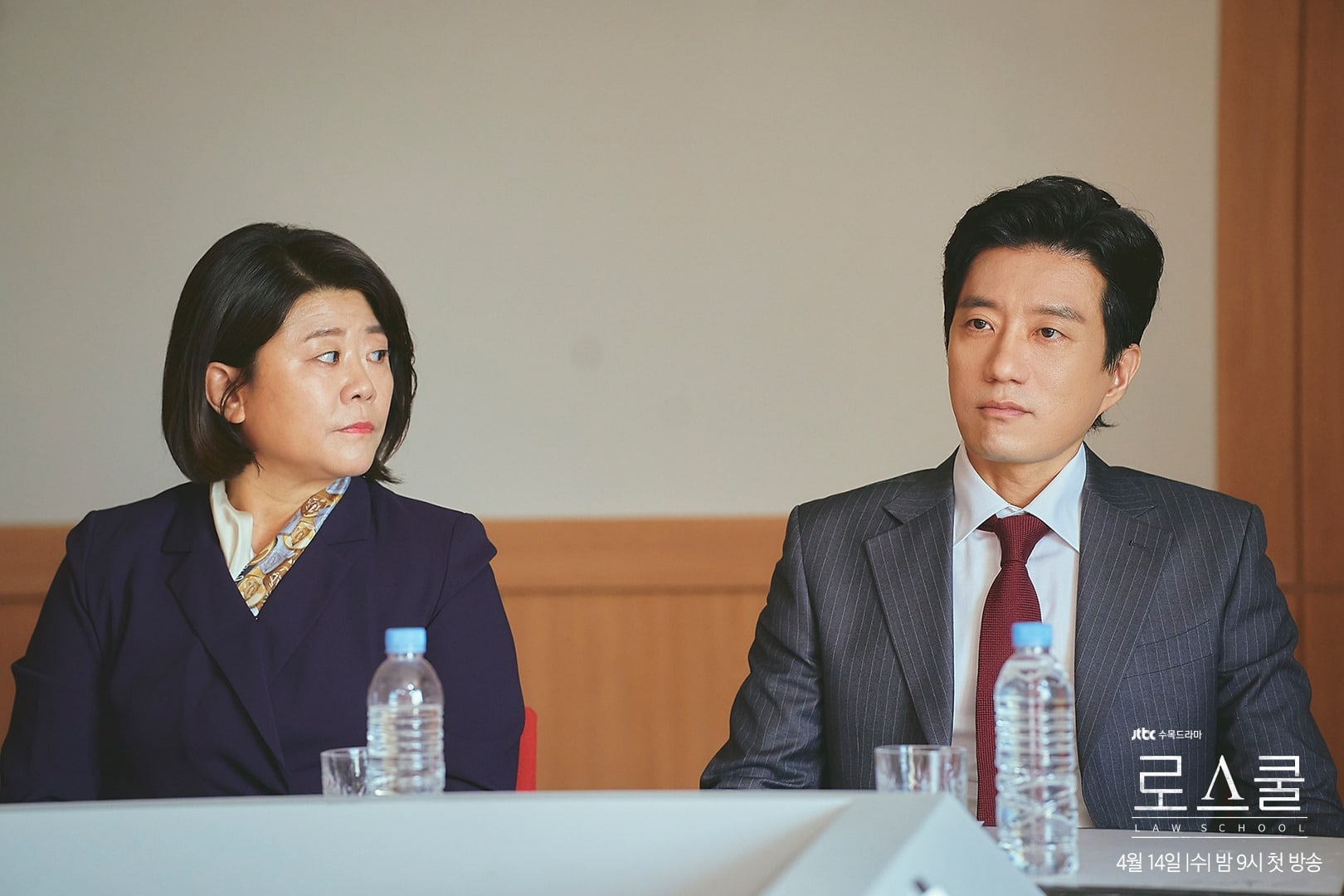 Kim Bum will be transforming into Han Joon Hwi, who enters the school with top grades, and David Lee will play Han Joon Hwi’s roommate and fellow study group member Seo Ji Ho. Regarding their relationship, Kim Bum shared, “There’s a past conflict mixed in, so they share pain and go on to resolve the case and their conflict together,” mentioning that their bickering chemistry is a point to look out for in the drama. David Lee also picked his character’s friendship with Han Joon Hwi as the greatest chemistry. He shared, “With Joon Hwi’s thoughtfulness piercing through Ji Ho’s coldness, Ji Ho opens his heart little by little only to him. Han Joon Hwi, who wants to become a prosecutor who adheres to the rules, and Seo Ji Ho, who wants to become a rich lawyer at a large law firm, are two friends with different life goals, but they will begin to mature together into legal professionals who protect the law and justice as the episodes progress. 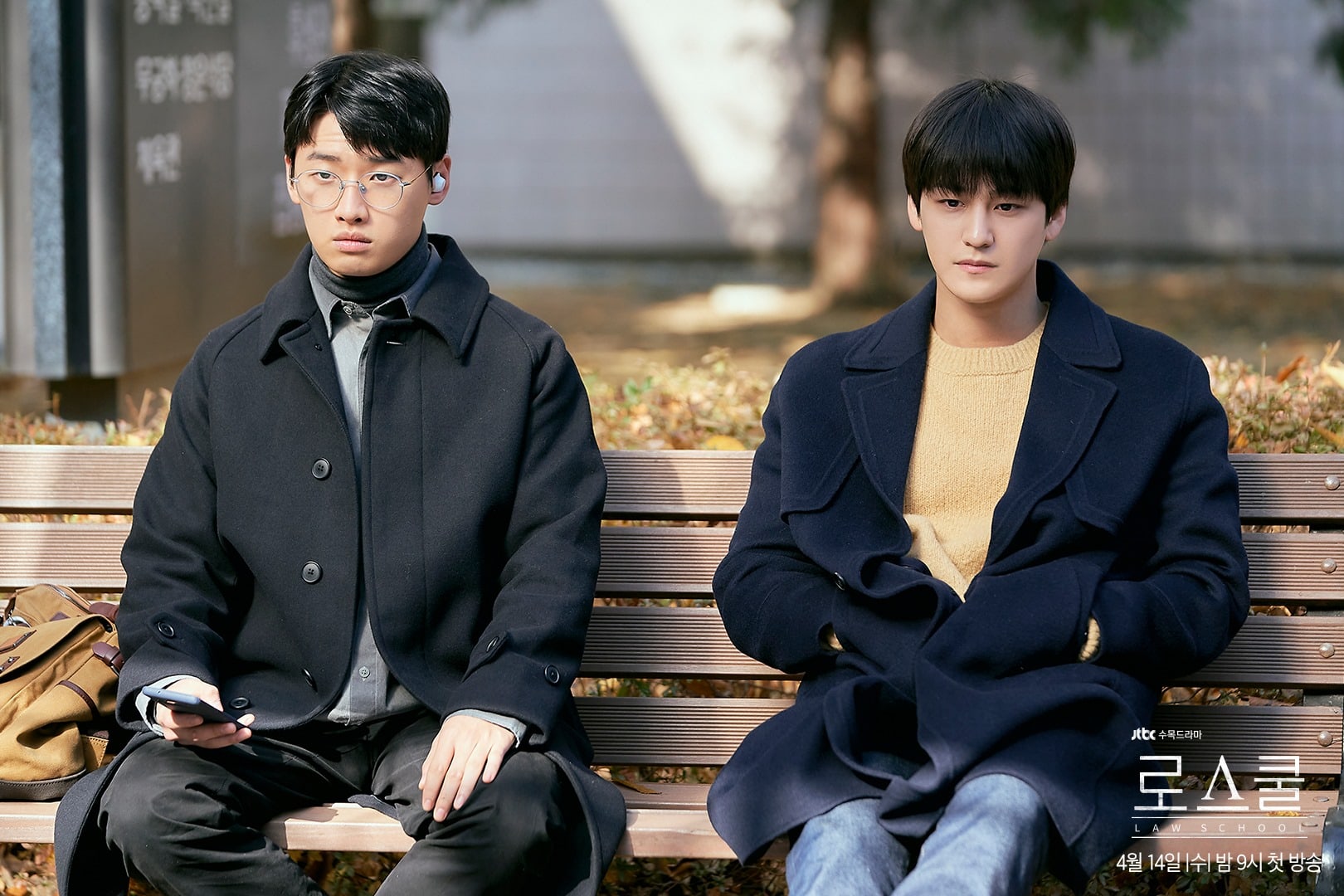 Ryu Hye Young and Lee Soo Kyung play characters who both have the name of Kang Sol at the same school. The two are differentiated by the letter “A” and “B.” However, unlike their names, the two share nothing else in common, from the environment they grew up in to their personalities. Ryu Hye Young shared, “The relationship in which these two different friends study together and mature is very interesting.” Lee Soo Kyung commented, “From the moment I first saw the synopsis, I thought that the story with two people of the same name but vastly different personalities and circumstances felt very intriguing.” She added, “The relationship between the two Kang Sol is the most interesting.” 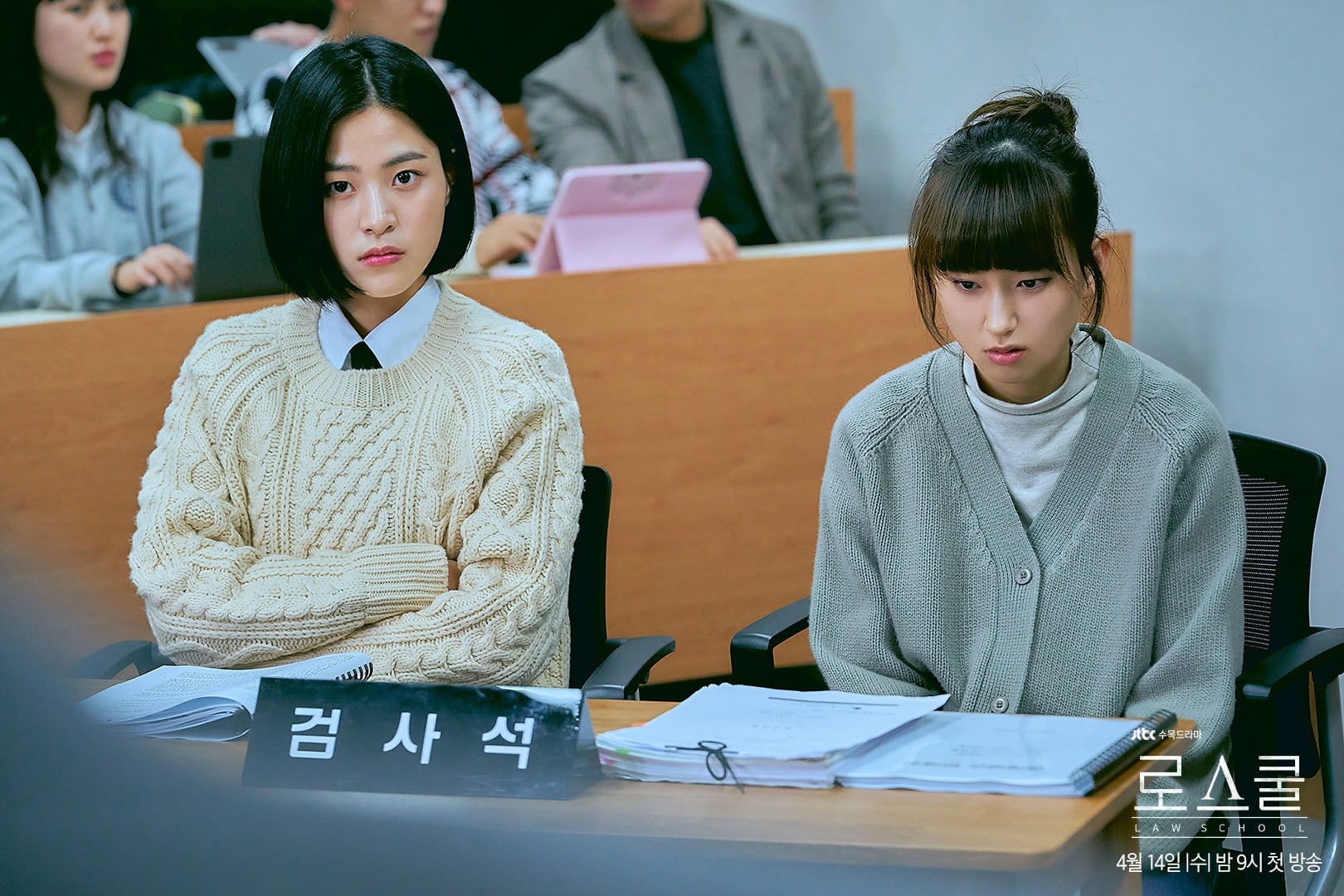 “Law School” premieres on April 14 at 9 p.m. KST. Watch a teaser for the drama here!

In the meantime, watch Kim Bum in “Tale of the Nine-Tailed” below: