Gong Yoo Discusses His Film “Seobok,” What His Co-Star Park Bo Gum Is Like, And More

Gong Yoo recently sat down for an interview to talk about his most recent movie “Seobok.” 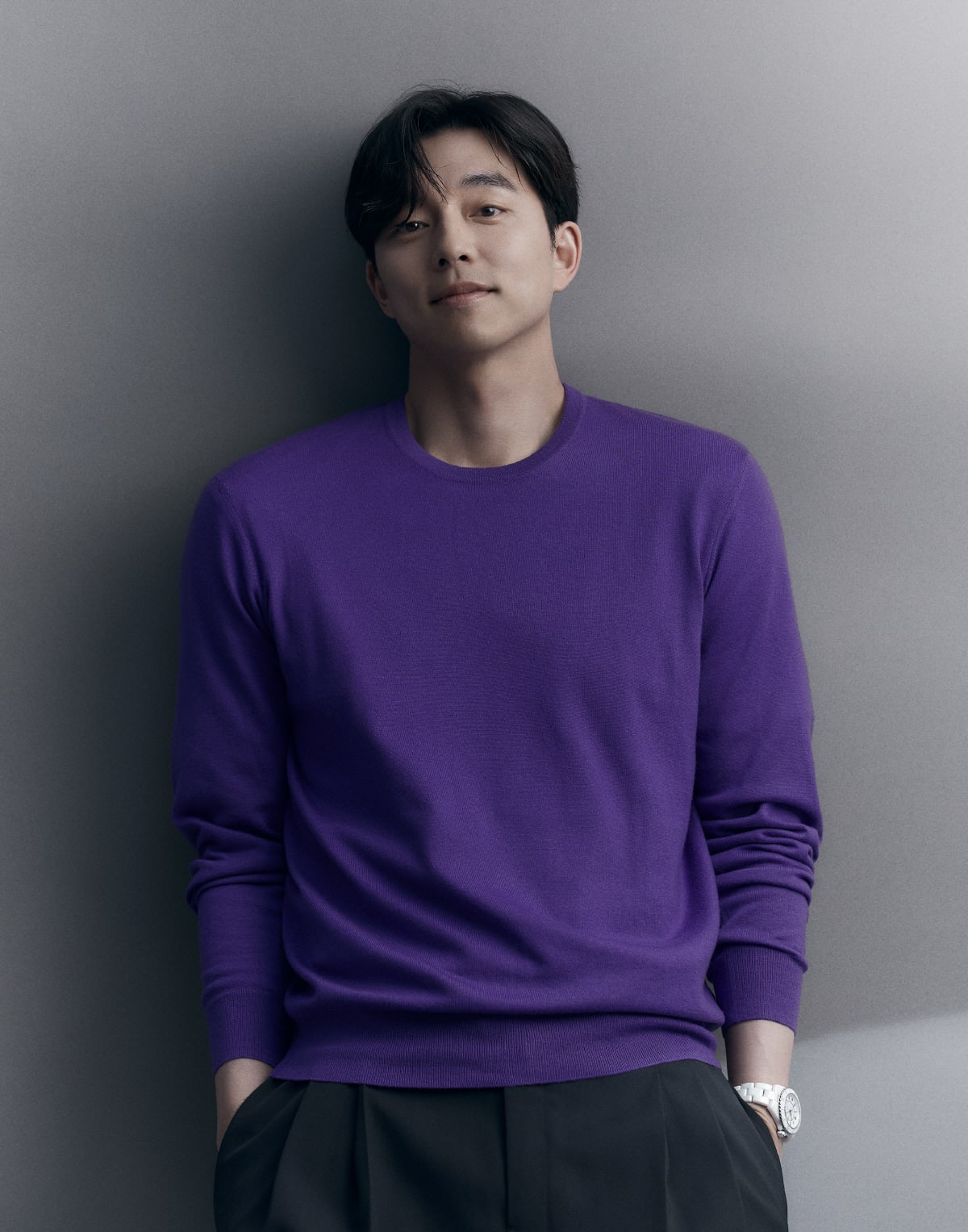 As a film that revolves around the subject of clones and deals with the topic of life and death, “Seobok” wouldn’t have been easy to film. Gong Yoo commented, “‘Seobok’ is a movie that makes me think and wonder about a problem, and it makes me want to participate in that problem.”

He described “Seobok” as a “homework” and explained, “I refused the offer to star in the film once. I deeply thought about it and decided, ‘It’s too big of a story for me to portray.’ But I was contacted about it once again, and then I met with director Lee Yong Joo to hear the details.” 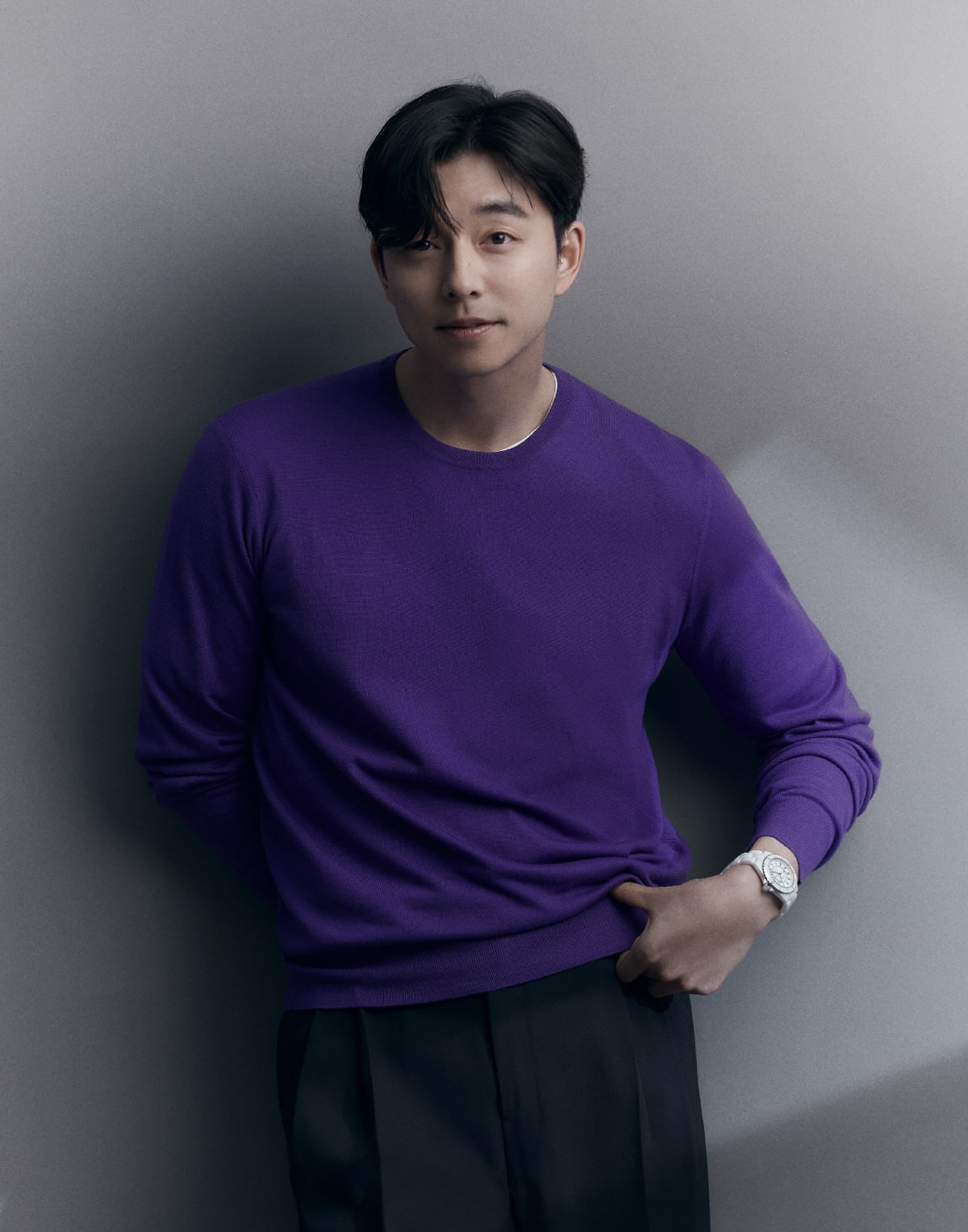 Gong Yoo also talked about his bromance with his co-star Park Bo Gum. Park Bo Gum is currently serving in the military, so Gong Yoo is promoting the movie without him.

Gong Yoo commented, “Park Bo Gum is a very honest and upright person. He’s so upright that it made me think he might not be fun.” Then he added, “In this movie, Park Bo Gum’s eyes are very unlike him, and they’re something he hasn’t showed before. I think ‘Seobok’ will help expand the spectrum of new projects and characters he’ll take after he comes back from the army.”

Gong Yoo continued to talk about Park Bo Gum, saying, “Park Bo Gum is someone who doesn’t reveal his difficulties. He is not the type of person who complains when things get hard. I knew how he felt too. So I told him to express everything and vent.”

Then the actor talked about receiving an unexpected phone call from Park Bo Gum. He shared, “He was so happy that our movie was being released and that we were holding press conference. He said he was nervous too. I think I would’ve been less nervous if he had been there with me. It’s lonely being alone. I thought, ‘He’s watching everything from the army.'” 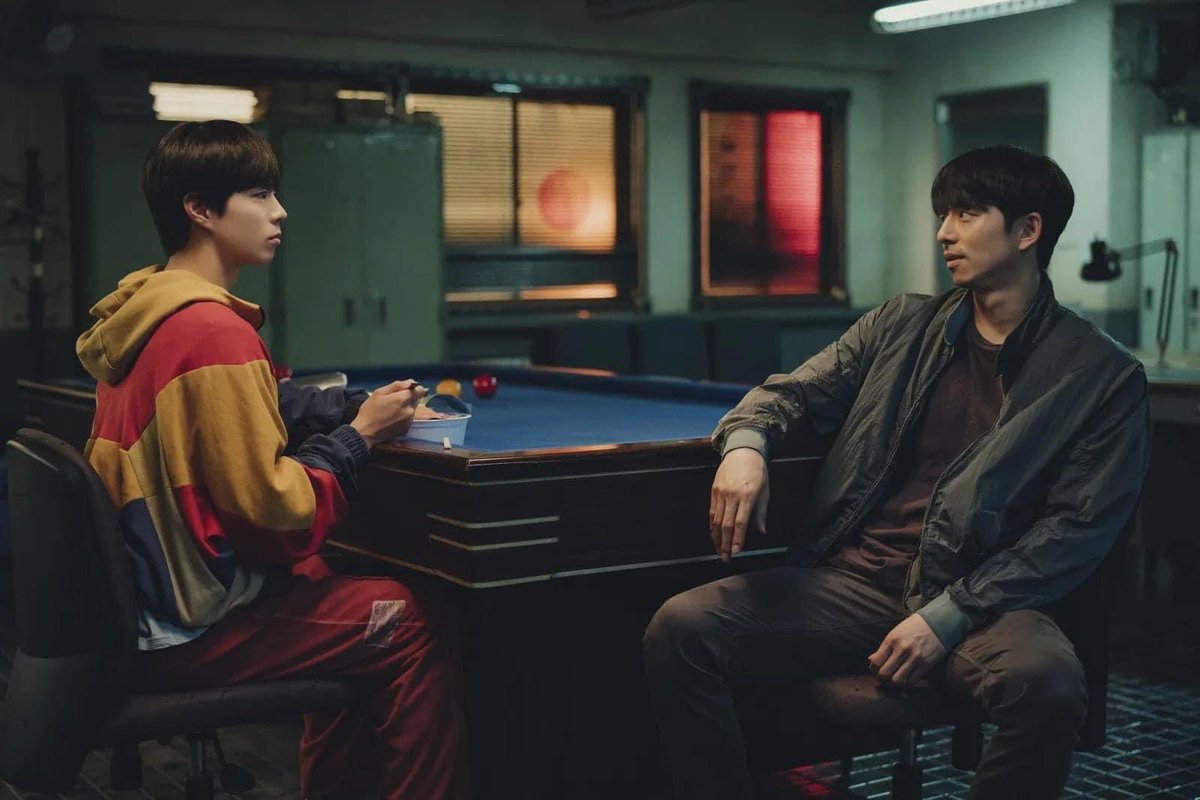 Next, Gong Yoo talked about swearing in the film. He explained, “It’s pretty much my first time swearing in a project. I did barely any projects with swearing in them. I thought, ‘I only played the nice guy that didn’t suit me,’ and it was refreshing. It was nice to curse freely. People tend to curse in emergencies, so it felt refreshing because it felt like those restrictions were being lifted. I wanted to swear more.”

This is Gong Yoo’s 20th year acting, and concerning that, he said, “I don’t count how many years I worked. I found out it’s been 20 years since my debut through my fans and viewers.”

Then he added, “I don’t feel physically the same as before. But I will continue to exercise hard and take care of my physical strength. People around me tell me to take care of [my appearance] with laser, but I won’t do that. They nag me to do it in advance. I think they’re worried that I’ll ‘disappear’ [from the industry] in a moment. But as long as my joints allow me to, I will keep my body healthy by keeping fit.” 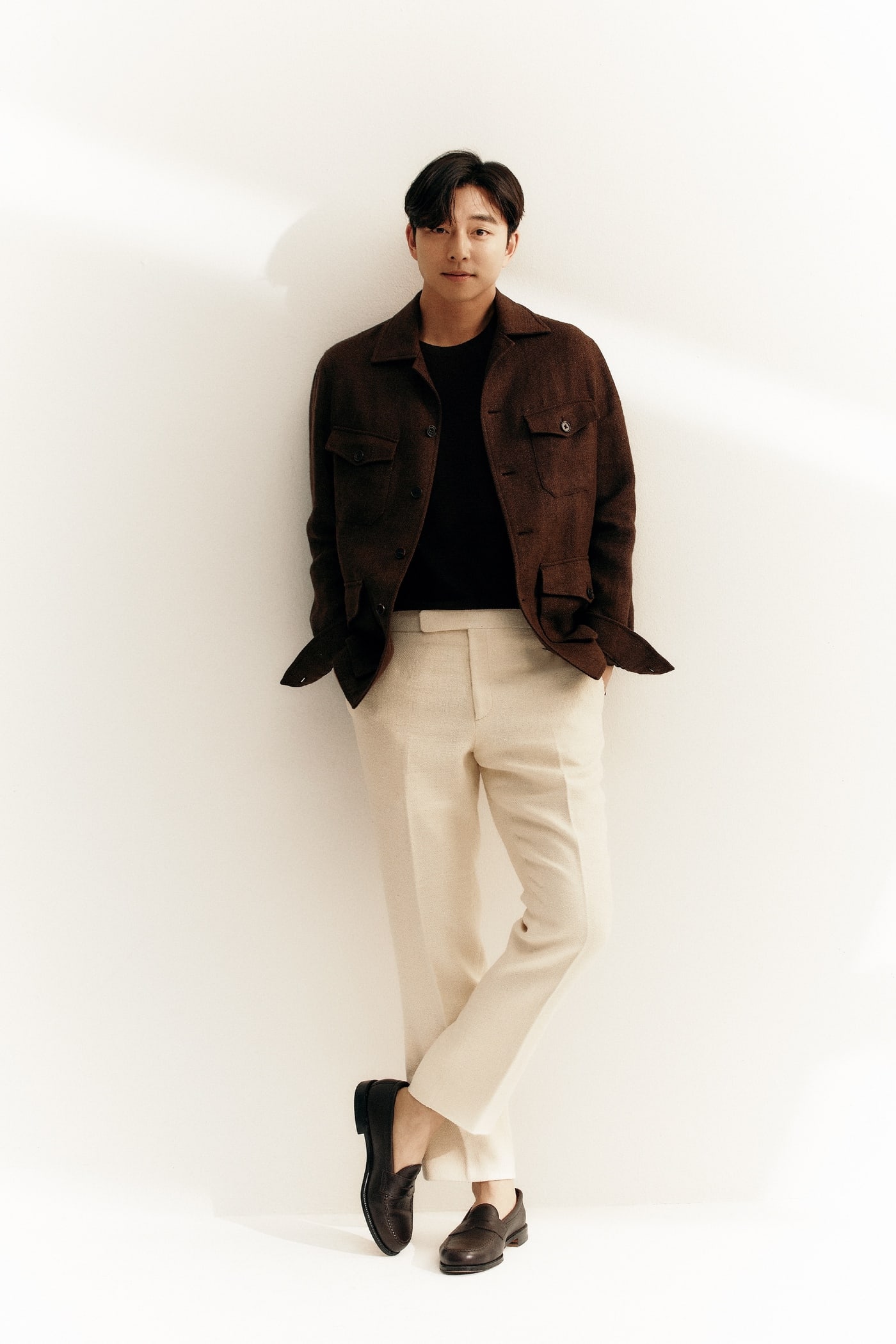 The actor shared, “I take a lot of vitamins. I take 13 of them. I don’t take 13 different kinds of vitamins, but five of them are the same.” Then laughing, he commented, “Even if I don’t take vitamins, I’m still healthy and young. So my fans don’t have to worry about me.”

Gong Yoo revealed he isn’t the type to look back on his past and said, “I feel the preciousness of the time given that day, and I think that I should do my best without regret in it.” 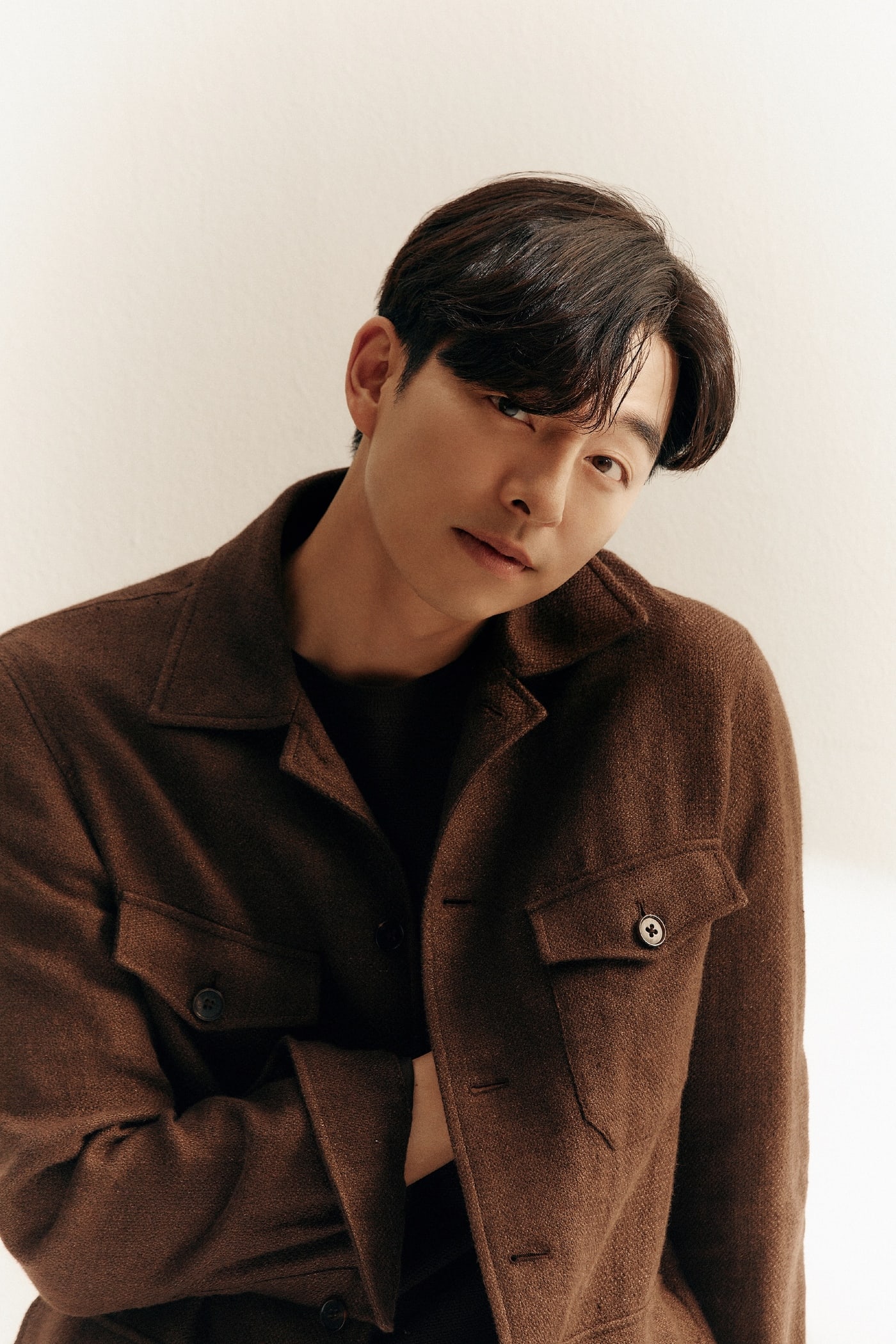 In the meantime, watch Gong Yoo in his hit movie “Train to Busan“: