(G)I-DLE’s new single “Last Dance” with the K-pop platform UNIVERSE is out!

“Last Dance” is a deep house track produced by GroovyRoom with Soyeon participating in writing the melody. Soyeon also wrote the rap lyrics for the track, and singer-songwriter Kriz co-wrote the lyrics. The concept of the song is a “dark witch,” which reflected in the music video as well.

Watch a preview of the music video below, and the full version can be watched on the UNIVERSE app here.

Watch it below to see what the song’s choreography will look like!

“PROLOGUE : THE WITCH QUEEN” has been revealed for (G)I-DLE’s upcoming single “Last Dance”!

Individual concept photos of Soyeon and Yuqi as well as a group teaser image have been released for (G)I-DLE “Last Dance”! 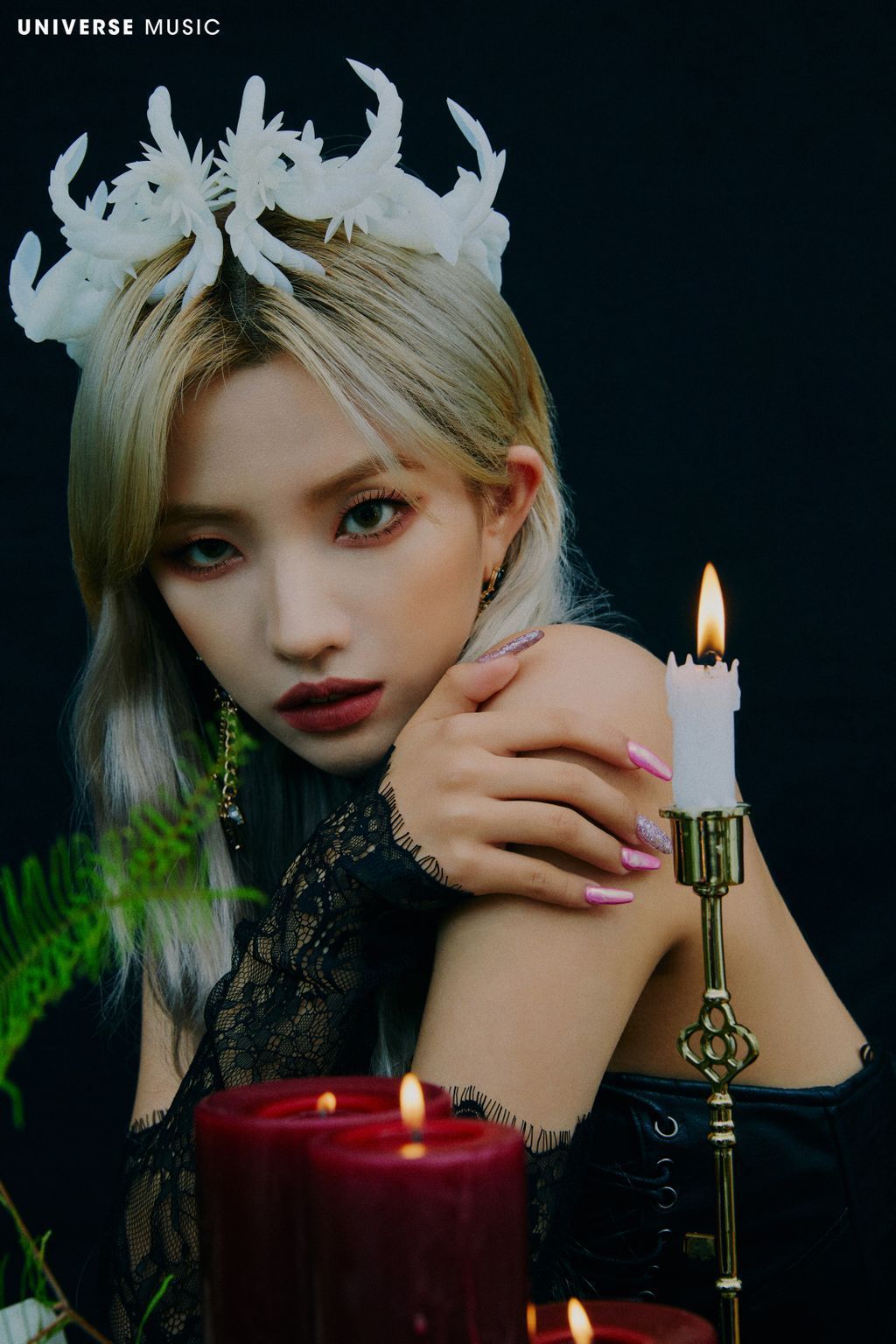 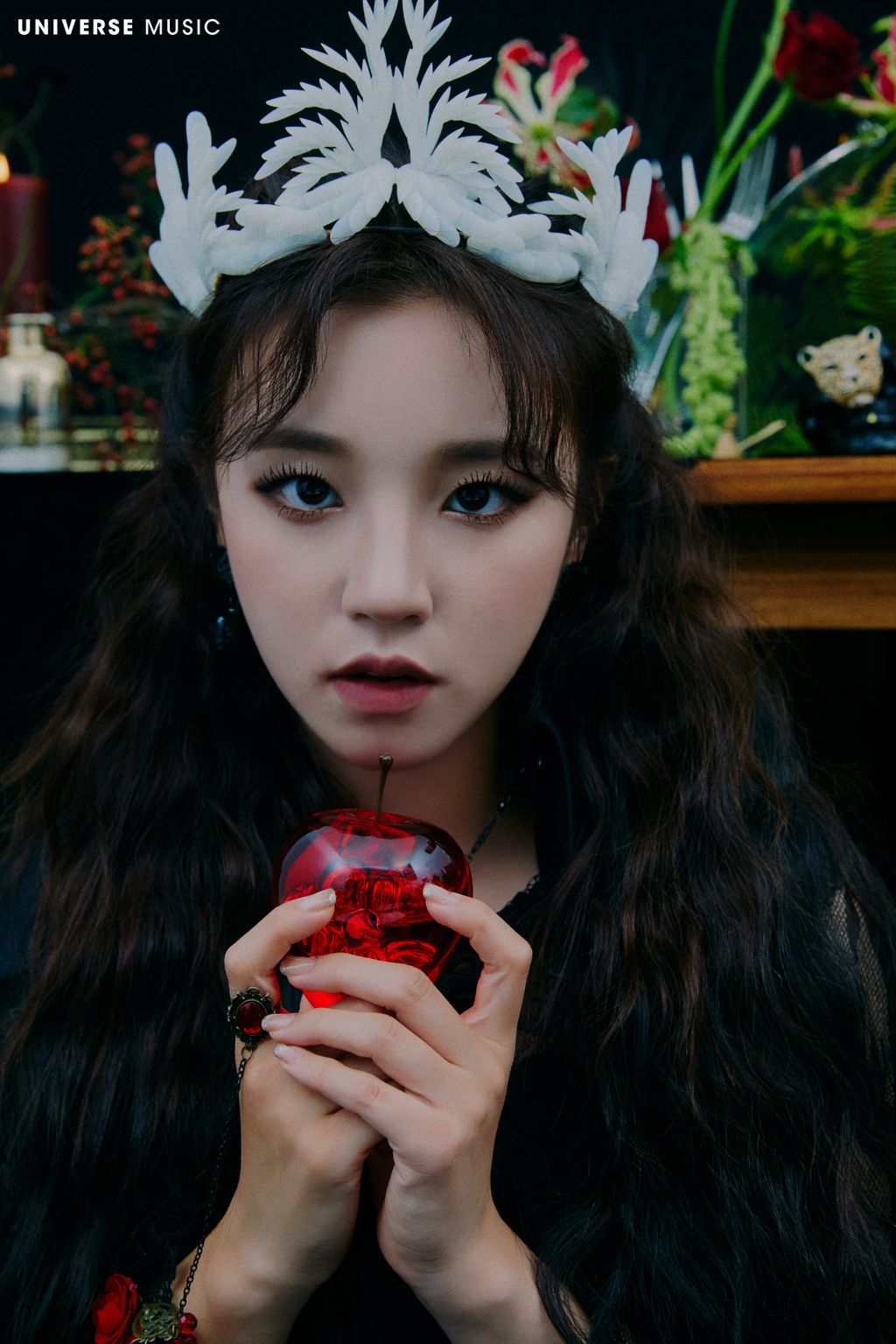 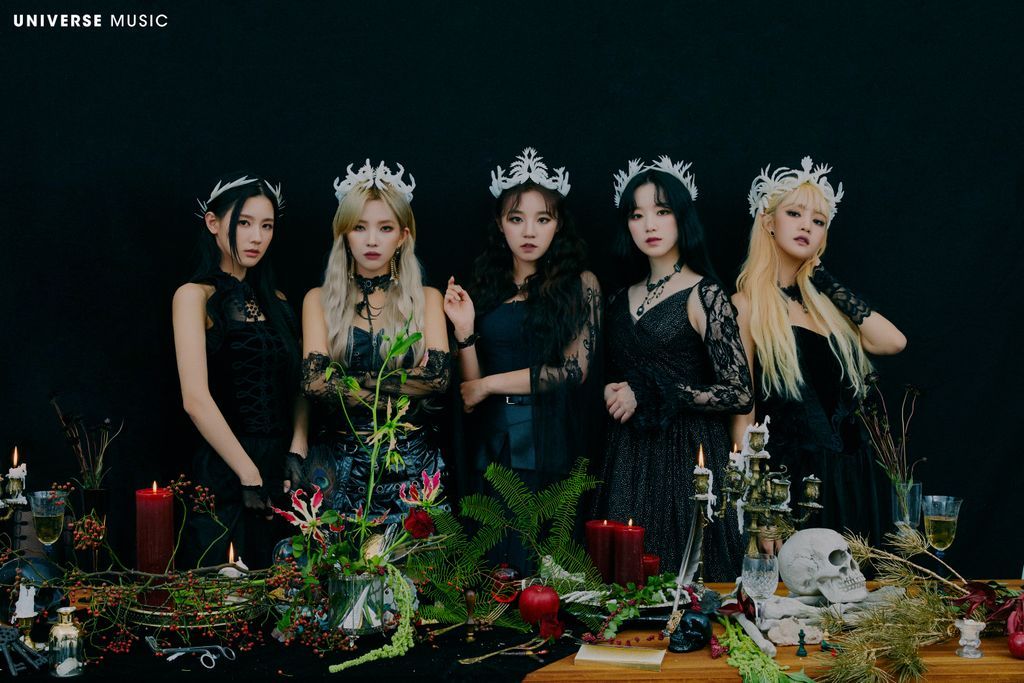 The first teaser has been released for (G)I-DLE’s upcoming single “Last Dance” for the K-pop platform UNIVERSE!

Check out the concept photos of Minnie, Shuhua, and Miyeon: 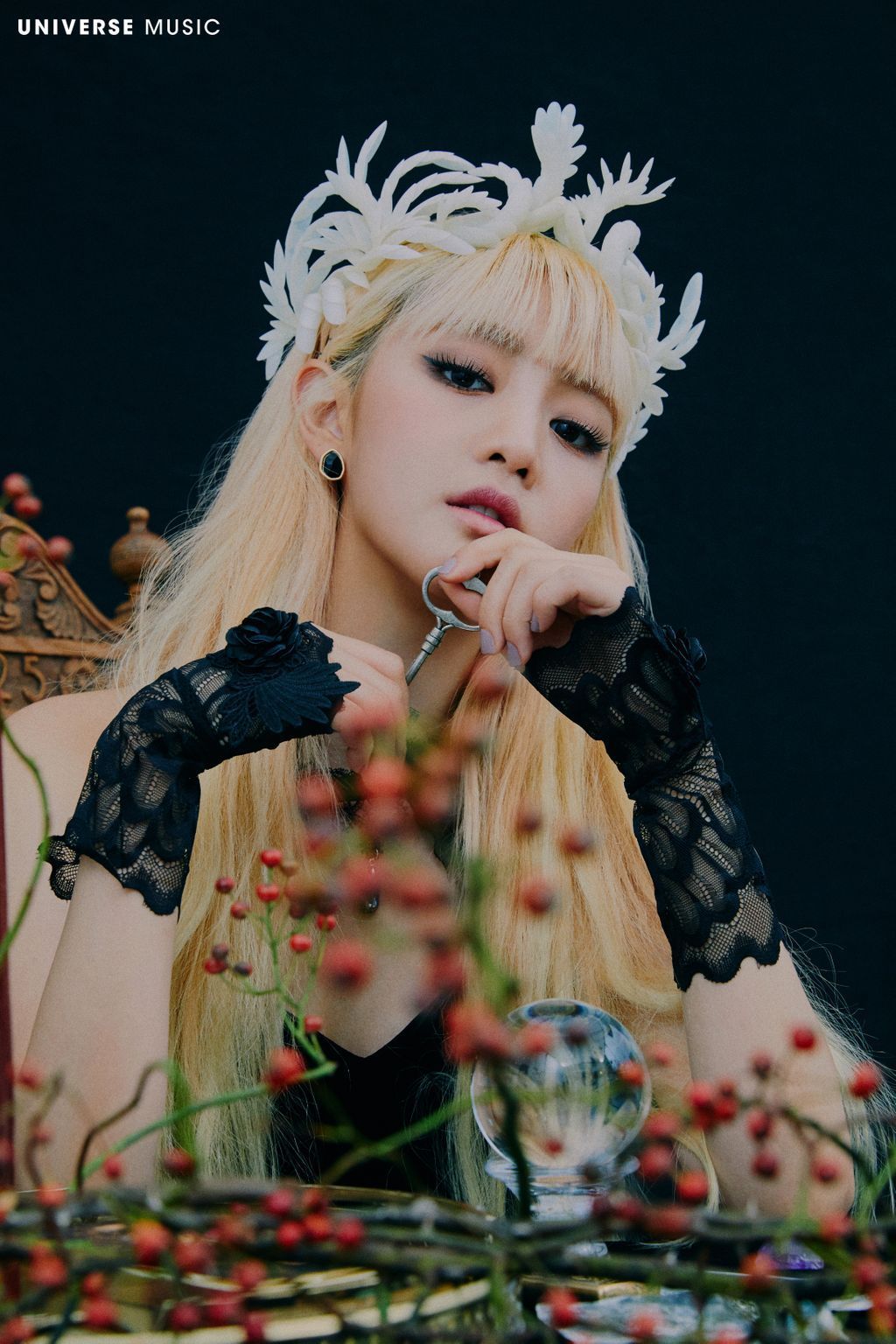 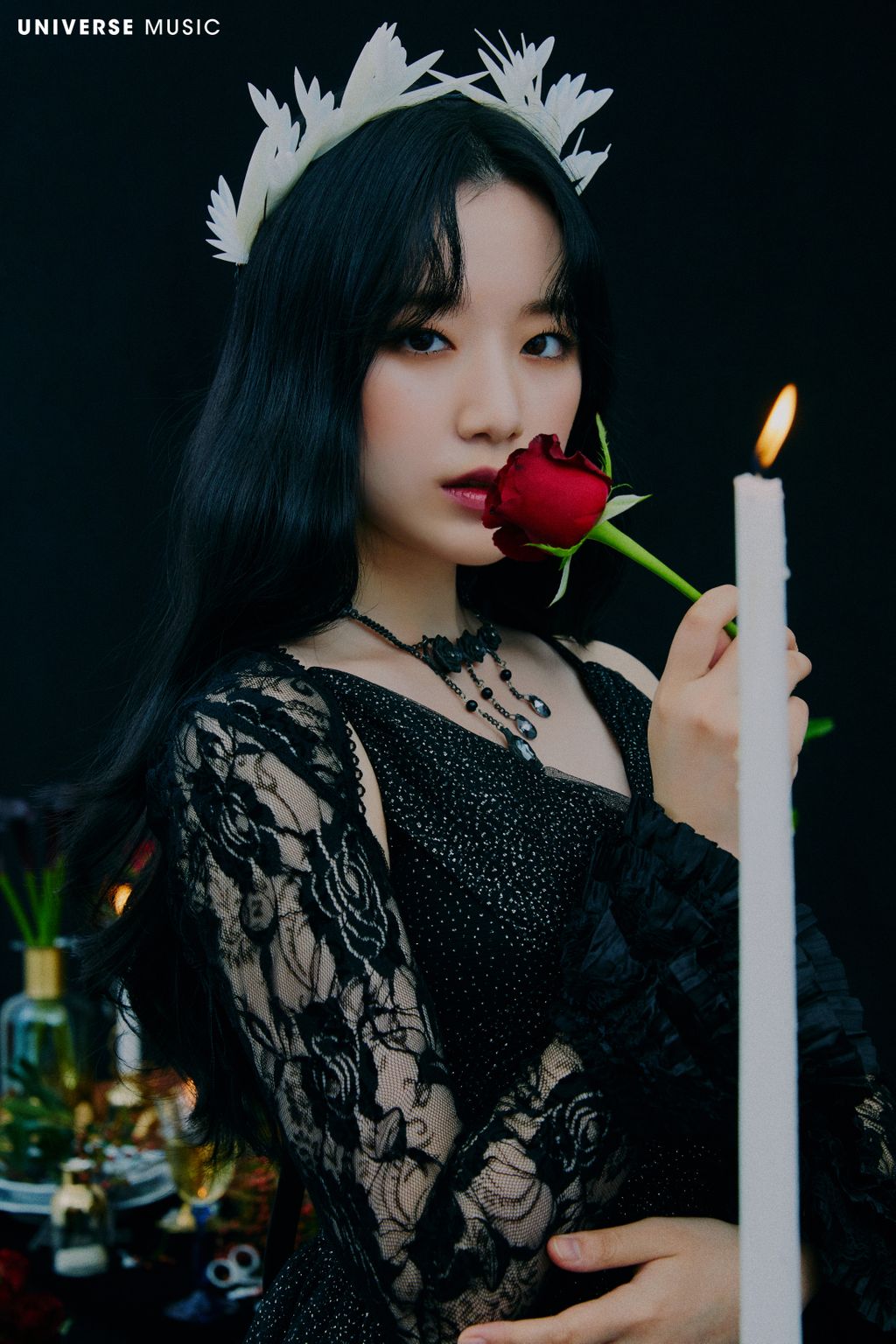 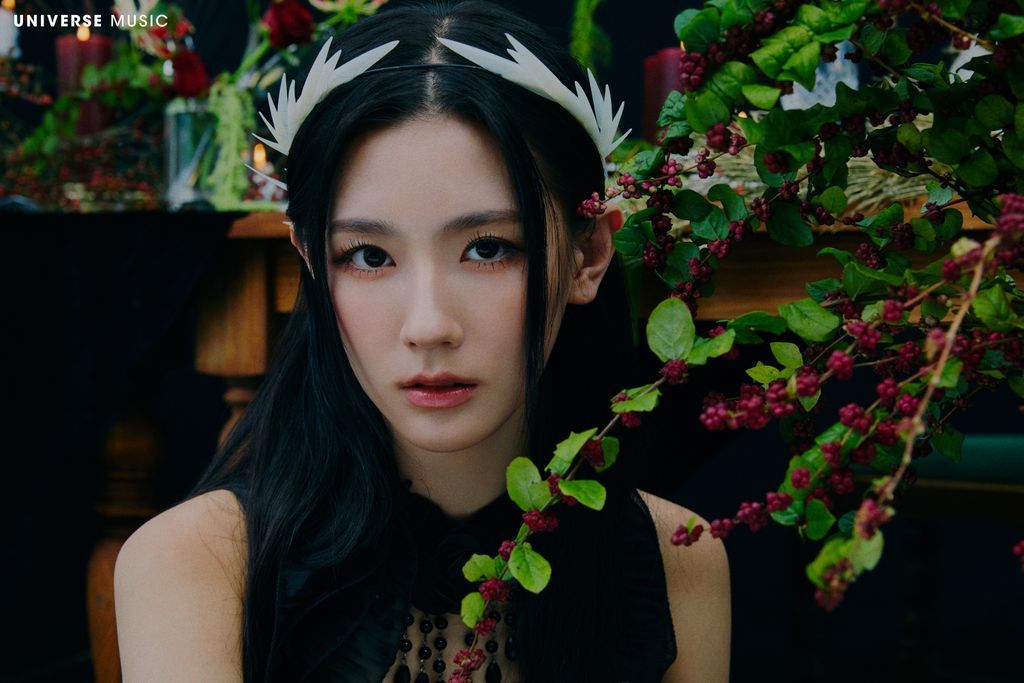 (G)I-DLE will be releasing their new song “Last Dance (Prod. GroovyRoom)” without Soojin.

On April 19, global K-pop entertainment platform UNIVERSE shared they have decided to release the song without Soojin due to the recent issue of school bullying allegations.

Hello, this is “For Fans, With Artists” UNIVERSE.

We would like to tell you about (G)I-DLE’s new song and music video produced by UNIVERSE Music.

(G)I-DLE finished recording “Last Dance (Prod. GroovyRoom),” making the music video, and creating additional content in February, and we had planned to release them at the end of April.

However, an issue related to (G)I-DLE’s Soojin occurred in March, and the group is currently working as a five-member group.

UNIVERSE discussed with (G)I-DLE’s agency Cube Entertainment about the song and music video, and considering the contractual relationship with distributors and partners and both tangible and intangible losses, we decided that it would be difficult to re-produce everything again. Therefore, we have decided to adjust the existing structure as follows.

The song’s composition and lyrics have been modified, and the five (G)I-DLE members have re-recorded the song after re-distributing the parts. The group will release it without Soojin. Other content, such as pictorial, making-of video, and more, will center around the five members as much as possible.

Lastly, the music video, which cost a lot of money and involved production staff from multiple partner companies, will be re-edited and released to minimize Soojin’s appearance.

UNIVERSE will continue to work hard to provide better content. Thank you.

On February 20, Soojin was accused of school bullying by an alleged victim and the alleged victim’s older sister. Cube denied the claims and said that while Soojin had argued with the alleged victim, there had been no violence involved. On February 22, Soojin posted on the fan café to address some more accusations of school violence, including the rumor that she had bullied actress Seo Shin Ae.

On March 4, Cube announced that Soojin would be taking a hiatus from activities, as well as their intention to take legal action against false rumors and malicious comments. On March 17, Cube released another statement denying all the claims made by another accuser claiming to have been a former classmate of Soojin. Then on March 19, Soojin released a detailed statement about the allegations.

(G)I-DLE
Soojin
How does this article make you feel?