BTS has been nominated for the 2021 Webby Awards!

On April 20 local time, the 25th annual Webby Awards announced this year’s nominees, and BTS made the list more than once.

Founded in 1996, the Webby Awards honor excellence on the internet in a wide array of categories, including websites and mobile sites; video; advertising, media, and public relations; apps and software; social; podcasts; and games.

Additionally, YouTube’s “Dear Class of 2020,” which featured a star-studded lineup of speakers including BTS, was nominated in the Events & Live Streams (General Video) category. 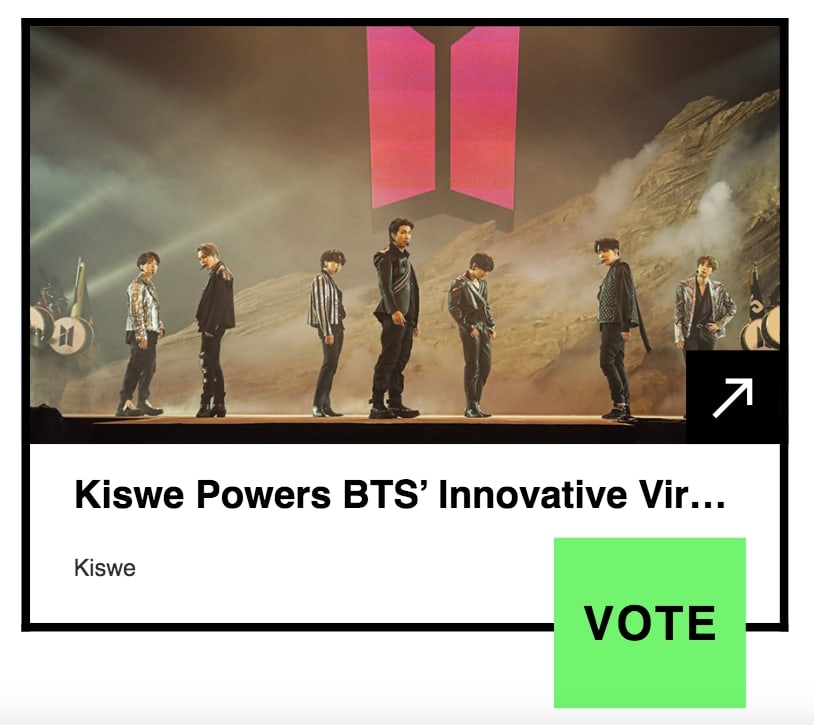 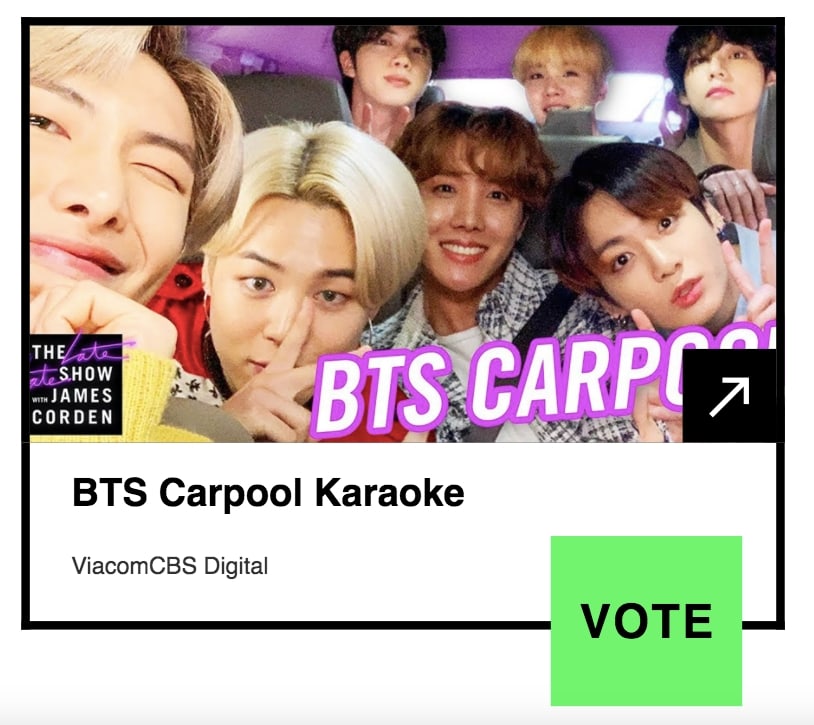 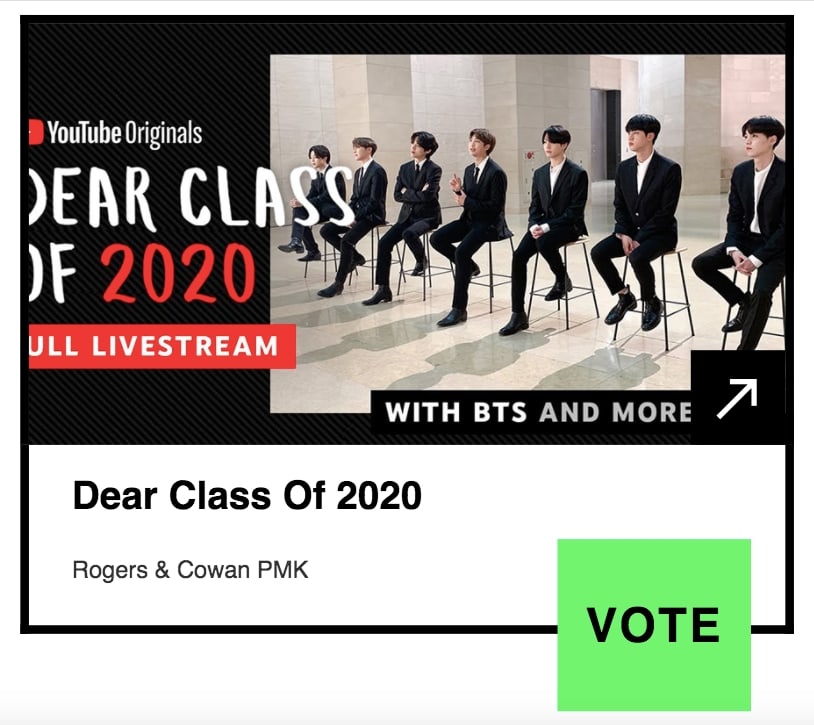 The winners of this year’s Webby Awards will be announced on May 18 local time, through a virtual show hosted by actress Jameela Jamil.