On April 20, the new romance film “Story of You and the Rain” (literal title) held a press conference with Kang Ha Neul, Chun Woo Hee, and director Jo Jin Mo.

“Story of You and the Rain” is about the romance between Young Ho (Kang Ha Neul) and So Hee (Chun Woo Hee), who become each other’s sources of comfort through the connection of a chance letter. The movie has an “analog” vibe through its depiction of the exchange of handwritten letters rather than phone calls or text messages.

Kang Ha Neul said, “There was only one reason I agreed to do the film. The script was really good. It felt like it had been a long time since I had read a script for a movie with this atmosphere and tone. I thought a lot about what it was like to write love letters in the past, and tried to recreate those feelings of excitement and anticipation. It was easy to get immersed in the script, and instead of having a big dramatic ending, everything that had been building up until then burst open in small ways.”

Chun Woo Hee said, “I also felt a sense of nostalgia. It’s been a long time since I read a movie synopsis with such quiet emotions. In the past, I took on extreme characters because I wanted to push against my limits, but for this one, the director said he wanted to show a new side of me. I tried to express a more natural side of me for this role.” 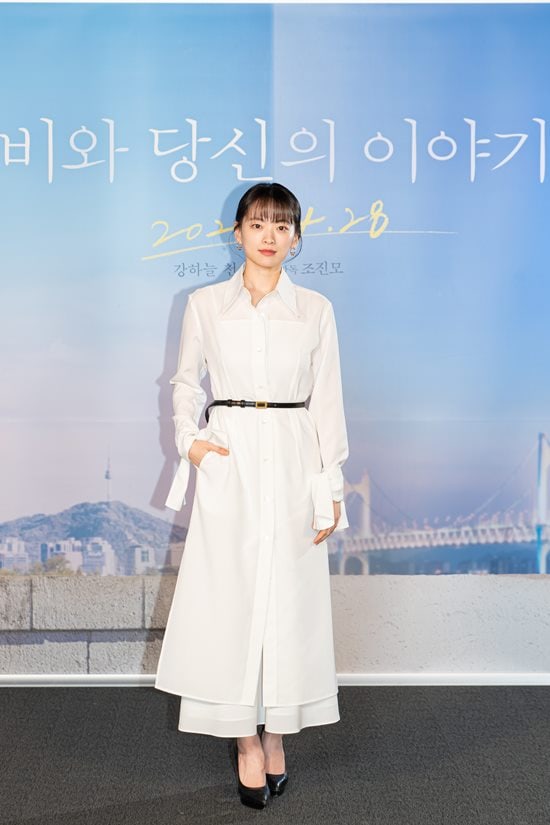 Most of the movie takes place in 2003. Chun Woo Hee said, “There’s a scene that takes place at a school sports day. I liked it when I read about it in the script, but when I saw it in the movie, I realized that this ‘sports day’ that had been part of our daily lives and the source of many happy moments had become quite rare. It was a beautiful scene but it hit me differently. I could remember the days when I was young.”

Kang Ha Neul said, “Since 2003 takes up most of the time in the movie, I thought a lot about what I was doing in 2003. I think I was in my second year of middle school. It was the year after the 2002 World Cup. I remembered a lot of things from that time. I think the most memorable thing from that time is ‘chicken mayo.’ I had that for the first time then, and it had a big impact on me.” 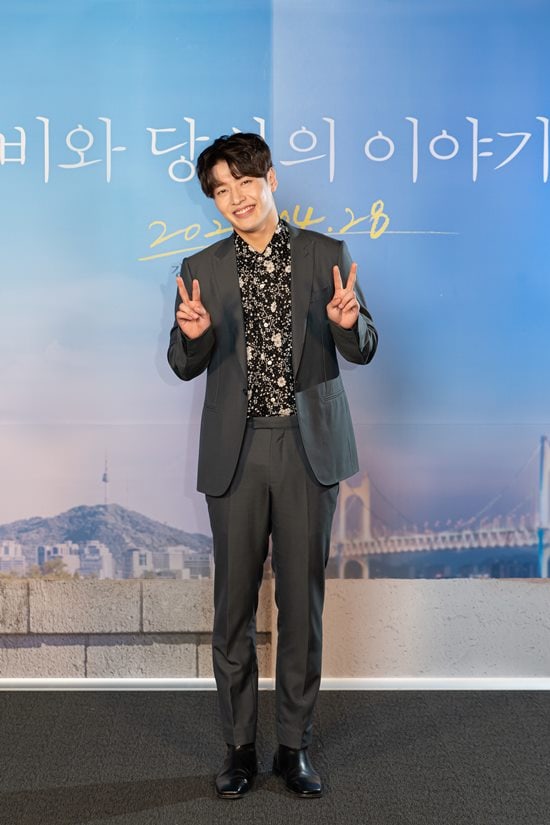 About working together in the film, Kang Ha Neul said, “I was really surprised when I met Chun Woo Hee for the first time. I had only seen her in darker projects where she spoke with a much lower tone before. Without knowing it, I had expected her to have a serious vibe, but she was very cute and lovable. There was a sense of surprise on my part.”

Chun Woo Hee said, “There are actually not very many scenes when we’re together, so instead of feeling a sense of chemistry, I had a lot of faith in him. He’s such a good actor. I didn’t get to see him a lot on set, but when I saw him, I felt that he had a lot of vitality. I was surprised while watching the movie as well.”

“Story of the You and the Rain” premieres on April 28. Check out a trailer here!

Check out Kang Ha Neul in “Traveler 2” below…

… and Chun Woo Hee in “Melo Is My Nature” below!

Chun Woo Hee
Kang Ha Neul
How does this article make you feel?