Choi Tae Joon and Girls’ Generation’s Sooyoung’s upcoming drama “So I Married the Anti-Fan” will finally be airing at the end of this month!

“So I Married the Anti-Fan” is a romantic comedy about global K-pop star Who Joon (played by Choi Tae Joon) and his anti-fan Lee Geun Young (played by Sooyoung) who is a magazine reporter. In addition to the romance between Lee Geun Young and Who Joon, the drama will also portray the complicated story of JJ (2PM’s Chansung) and Oh In Hyun (Han Ji An), who spent time together with Who Joon as trainees in the past but have now drifted apart. The drama was originally filmed in 2018.

The upcoming drama is based off a popular novel of the same name, which has been translated and published all across Asia including China, Indonesia, Thailand, and more. The novel garnered even more attention after being produced into a webtoon and a Chinese film starring EXO‘s Chanyeol. On top of the exciting plot, viewers are anticipating the K-pop aspects of the drama such as the captivating performances. 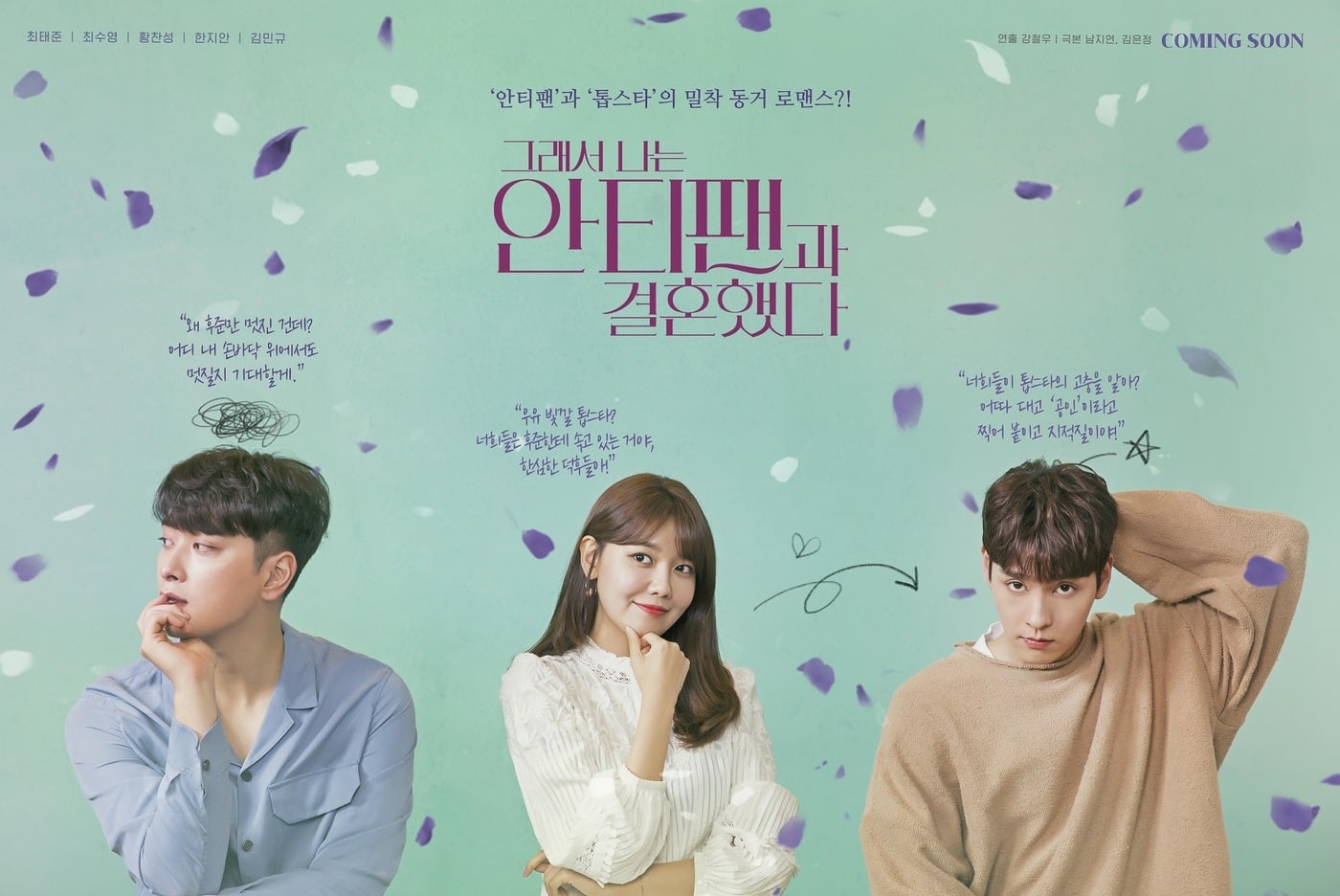 “So I Married the Anti-Fan” will premiere on April 30 via the global platform Viki.

Watch a teaser for “So I Married the Anti-Fan” below!

Girls' Generation
Choi Tae Joon
2PM
Chansung
Sooyoung
Han Ji An
So I Married the Anti-Fan
How does this article make you feel?