Han Ji Min plays a hotel manager who is always on the ball when it comes to work but is hesitant to confess her feelings to her male friend of 15 years. Hotel Emross’s young and competent CEO who has an obsession for even numbers is played by Lee Dong Wook. Kang Ha Neul will be a job-seeker who has failed the civil service examination for five years and was even dumped by his girlfriend. YoonA takes on the role of a confident hotelier, while Won Jin Ah plays a musical actress who puts her dreams aside for a moment and works as the hotel’s new chambermaid. 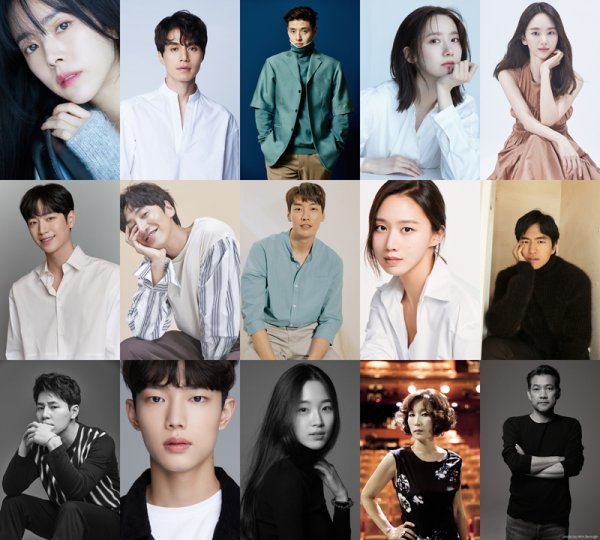 Seo Kang Joon plays a singer-songwriter and radio DJ who has finally risen to stardom after a long period of being a no-name. Lee Kwang Soo will be the manager who has to watch on while the artist he has worked with for a long time grows into a superstar and receives offers from big agencies as the expiration of his contract approaches. Kim Young Kwang and Go Sung Hee will act as a radio show PD (producing director) and a jazz pianist who get from their first encounter to preparing for their wedding in the blink of an eye. Lee Jin Wook plays a plastic surgeon who comes to the hotel’s lounge every Saturday night and waits for a special person to show up.

Lee Hye Young plays the hotel’s main doorman, and Jung Jin Young plays an entrepreneur who returns to Korea to attend his daughter’s wedding, only to find his first love from 40 years ago and dream of a midlife romance. Lee Kyu Hyung will be a fortune teller who frequents Hotel Emross and tells his clients’ fortunes. Young actors Jo Joon Young and Won Ji An will play a high school swimmer and a high school figure skater who are embroiled in their friends’ “confession challenge.”

“Happy New Year” will be helmed by director Kwak Jae Yong of “My Sassy Girl,” and “The Classic” and produced by Hive Media Corp. of “Inside Men,” “The Man Standing Next,” and “Deliver Us from Evil.” Filming began on April 19, and the movie will be released both in theaters and through TVING.