Oh, the revenge is just so delicious! And Lee Je Hoon in his black sunglasses is too. The premiere episodes of “Taxi Driver” set our expectations for this drama really high, and episodes 3-4 didn’t disappoint at all. It’s no wonder that each episode so far has set a new personal viewership ratings record, the drama is just that good. If you haven’t jumped on the bandwagon yet, then it’s high time!

In episodes 3-4 we got to see the cool Kim Do Gi (Lee Je Hoon) from a completely new side thanks to his cosplaying as a dorky math teacher for Rainbow Taxi’s newest revenge job, and we also learn more about the second female lead Ahn Go Eun (Pyo Ye Jin). Here are the four things we loved most, as well as two things we love-hated about the latest episodes.

Warning: spoilers for episodes 3-4 ahead. 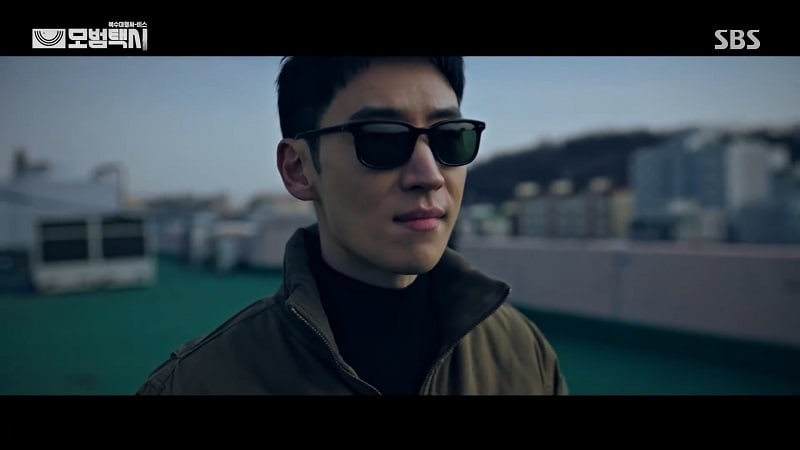 We’ll never get tired of Lee Je Hoon in those black sunglasses. He looks so fine in them that we just can’t stop swooning! It seems like Kim Do Gi is also aware of his attractiveness, and episode 3 proved that he loves to flex his driving skills. We can’t blame him for it, as Kim Do Gi is probably the only one who can park a car like this! 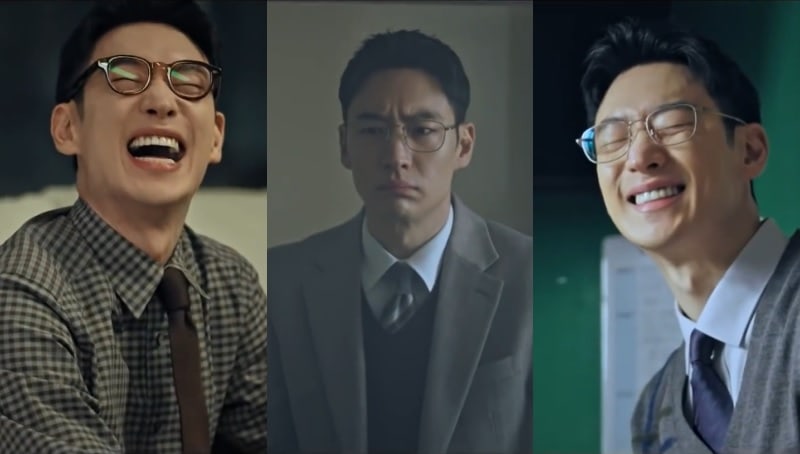 Since Rainbow Taxi’s new client is a high school student who is being bullied, Kim Do Gi ends up going undercover as an interim math teacher in order to gather more information about the situation. He goes by the name Hwang In Sung and pretends to be naive and unassertive, which makes him an easy target for the bullies. Hwang In Sung is such an adorable dork that I really want to put him in my pocket! Lee Je Hoon’s facial expressions as the math teacher are simply priceless and a real highlight. It’s such a pity that we had to say goodbye to Hwang In Sung so soon. But on the other hand, I also can’t wait to see what other characters Lee Je Hoon will transform into in future episodes. 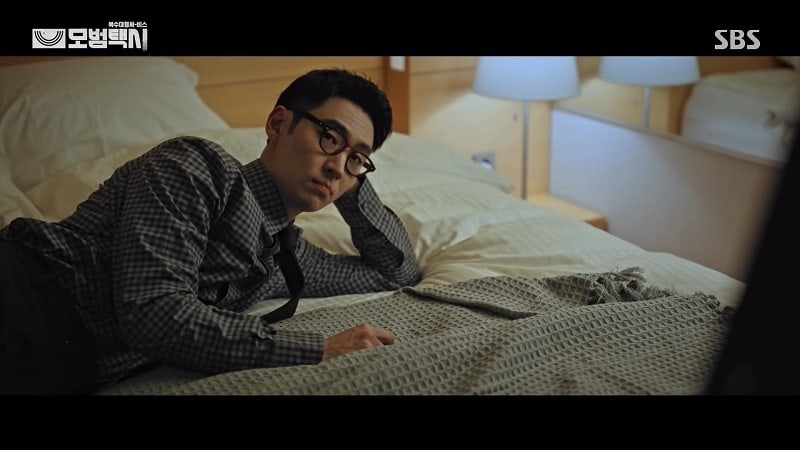 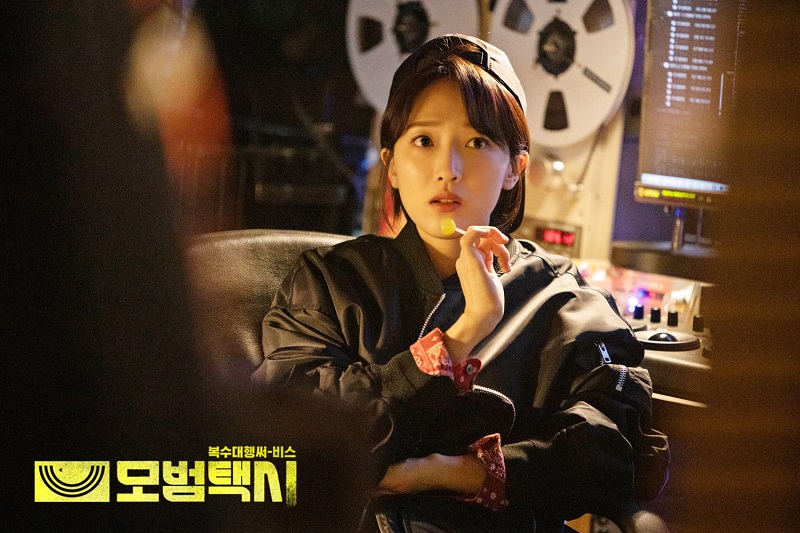 We hadn’t learned much about Pyo Ye Jin’s character Ahn Go Eun in the premiere episodes besides that she’s a genius hacker and a member of Rainbow Taxi, so it was nice to see more of her in the new episodes. Ahn Go Eun makes for a really interesting female character with her sassiness and boyish charm. As it turns out, she’s just as bold as Kim Do Gi and talented enough at acting to support the latter directly on scene. She also seems to have a crush on Kim Do Gi (let’s be honest, who wouldn’t?), so it’ll be interesting to see how their relationship will develop in the future. Furthermore, we also got an idea of why she joined Rainbow Taxi as we saw snippets of her tragic backstory. It makes you wonder if actually all members of the taxi service are crime victims (or relatives of such), and hopefully we’ll be able to learn more about the two engineers as well.

HATED: The sheer boldness of the bullies

I couldn’t believe my eyes when I saw the sheer cruelty of the three bullies. They would even go as far as to throw their classmate in front of a motorcycle in order to get compensation money! Nor did they shy away from even bullying the teachers and readily targeted the naive Hwang In Sung. The adults didn’t do much to stop them either, and after the bullies learned that they could get away with anything, the trio became bolder and bolder until they acted like monsters without any remorse. It was truly infuriating to watch them. 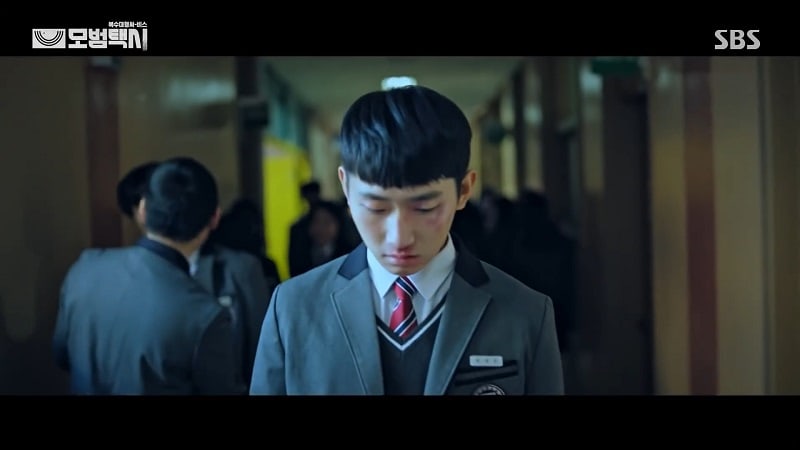 Rainbow Taxi’s revenge against the bullies was definitely the best part of these episodes. Kim Do Gi’s witty revenge plan was so much fun that it’s easy to laugh out loud many times! It was so satisfying to witness how he reversed the positions and made the trio experience the exact same horrendous emotions as the bullies’ victims had to go through. They truly got what they deserved. I was really happy that they didn’t make excuses for the bullies because they’re still young. The drama rightly highlighted that school violence is a very serious issue and should in no way be taken lightly.

Seeing Kim Do Gi pass out due to his trauma really makes you feel for him. And when they showed how he discovered the murder scene of his mom in the past, Lee Je Hoon’s impeccable acting was so immersive that you could genuinely feel his pain. It was a truly heartbreaking and deeply moving scene, and I can only hope that Kim Do Gi will be able to find peace in future episodes.

On a side note, if Lee Je Hoon’s performance in this drama isn’t award-worthy, then I don’t know what is. 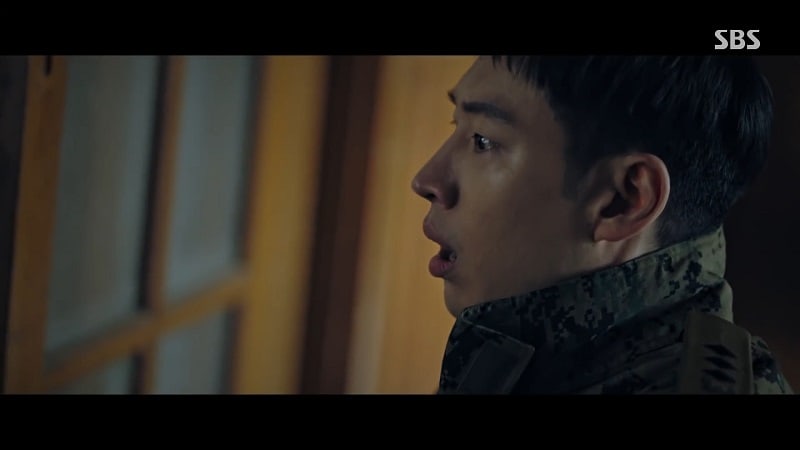 Check out “Taxi Driver” if you haven’t yet:

Hey Soompiers! Which were your favorite scenes in episodes 3-4 of “Taxi Driver”? Let us know in the comments below!

Currently watching: “Sell Your Haunted House,” “Taxi Driver,” “Mouse,” “You Are My Hero”
All-time favorite dramas: “Ode to Joy,” “Back in Time,” “From Survivor to Healer,” “Children of Nobody,” “My Ahjussi,” “Hospital Playlist”
Looking forward to: “Youth of May,” “Move to Heaven,” “The Oath of Love“