As tvN’s “Mouse” continues its dark twists and turns, it has unveiled another new poster for the drama!

Before “Mouse” premiered, the drama was billed as a thrilling chase between a psychopathic predator and Go Moo Chi (Lee Hee Joon), a hardboiled detective out for revenge for his parents’ murder, and Jung Ba Reum (Lee Seung Gi), an upright and passionate young police officer.

During the drama, there were a several twists and turns about Jung Ba Reum’s true self as his psychopathic tendencies emerged. Earlier this month, the drama unveiled a new poster that echoed the drama’s main poster but with a darker twist.

On April 23, the drama released a new poster that shows Lee Seung Gi fully embracing his character’s true nature as the “predator.” He confronts a wall with photos of Lee Hee Joon, Kyung Soo Jin, Park Ju Hyun, and his false self, all connected through red thread. He smiles chillingly at the camera as the caption reads, “I want to see my traces more closely.” 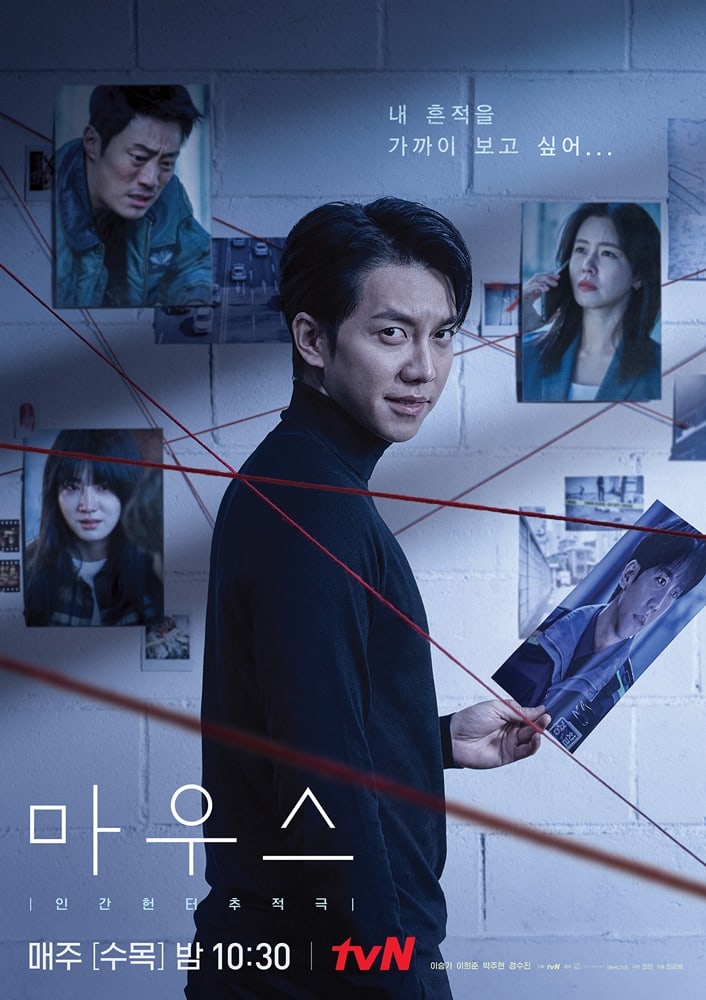 Meanwhile, “Mouse” will air two special episodes next week instead of regular episodes. Titled “Mouse: The Predator,” these two episodes will highlight the hidden narratives in the drama that viewers may have missed on first viewing. “Mouse” will return with episode 16 on May 5 at 10:30 p.m. KST.