Episode 4 Of “Kingdom”: A Crown, A Birdcage & A Spinning Top

We’ve kicked off round 2, “Re-birth,” this week, where groups dip their toes into each others’ discography. As usual, three performances aired in this fourth episode, and we were treated to another trio of high caliber performances.

The six groups chose who they were going to switch with, with the groups in the higher ranks getting to choose first. Ultimately the pairings are ATEEZ-iKON, Stray Kids-BTOB, and THE BOYZ-SF9. 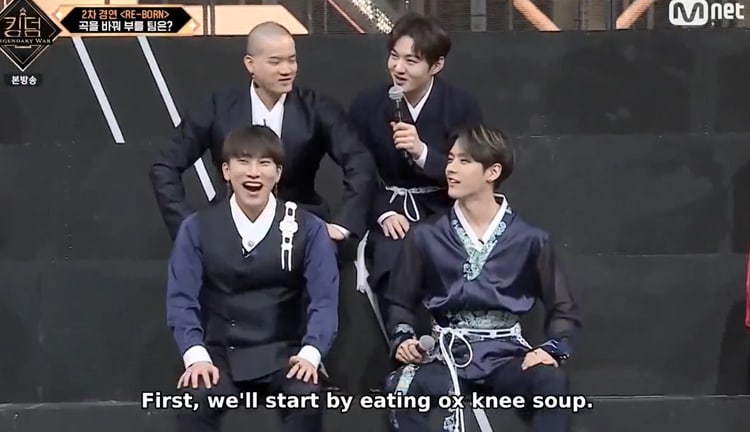 BTOB is understandably worried about switching with the performance-heavy Stray Kids.

For SF9’s performance, they decided to go with “The Stealer.” One of THE BOYZ’s previous performances on “Road to Kingdom” had the concept of them going after the crown, so SF9 decided that their version would be them stealing said stolen crown. (Try saying that three times fast). 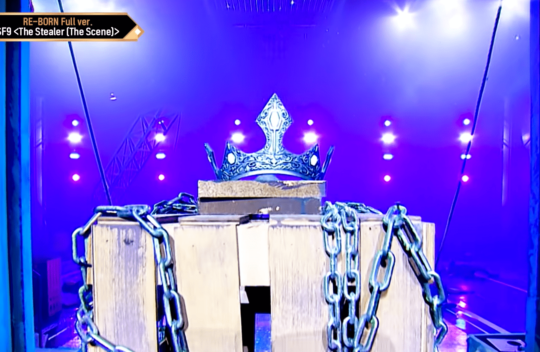 This eventually led to the idea of doing an homage to noir films. Feeling bummed about their last place ranking from round 1, all the boys were especially determined to turn in a performance that would wow everyone. 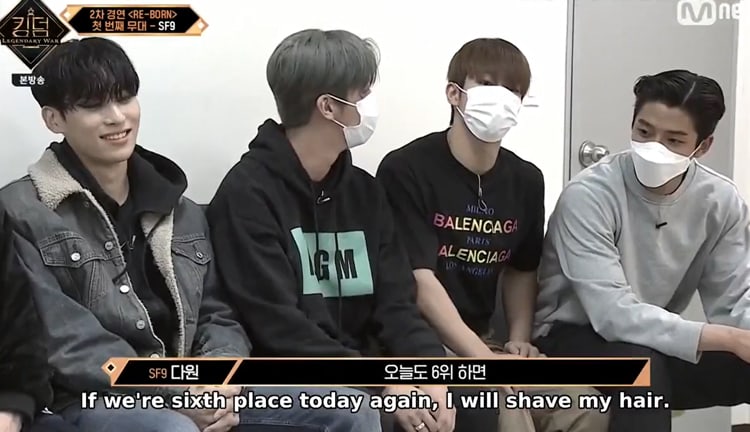 This cracked me up for some reason.

SF9’s performance of “The Stealer” played with the beat and turned it into a much more sensual affair. They also successfully incorporated a stronger storyline this time, which was something they mentioned they wanted to work on. Though, the fighting scene at the beginning was little too jarringly quiet and might’ve worked better with some foley sound effects or more background noises. Dancing with guns also seems like an odd choice, but overall, this is one of their most visually exciting performances, and it’s easy to see that SF9 is determined to give it their all.

THE BOYZ was stuck wondering whether they should try something new or continue with what they’re good at, and so some of the members met up with previous “Road to Kingdom” contestants and discussed their concerns with them. After hearing their suggestions, the boys decided to go with what they’re good at — which is large-scale performances — but also trying out a little something new. 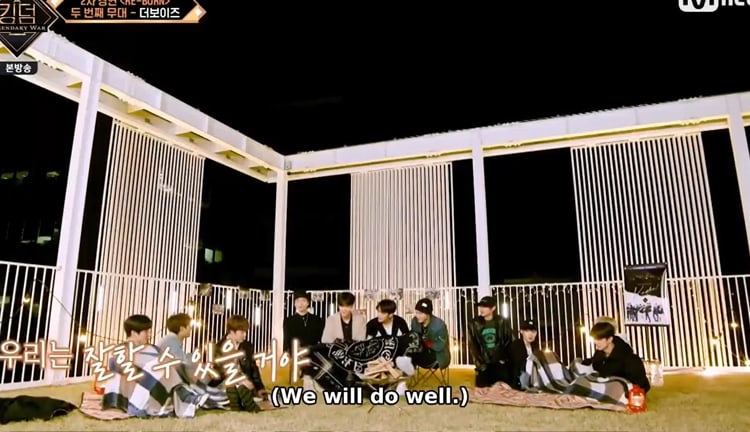 Which leads us to “O Sole Mio.” This is a song from SF9’s discography that has a strong Latin flavor, and it’s a genre that THE BOYZ has never tried before. The performance is infused with exciting Tango elements, seen in both the choreography and the costumes.

And there’s a scene-stealing bird cage!

Or according to iKON’s Jinhwan… a human cage. 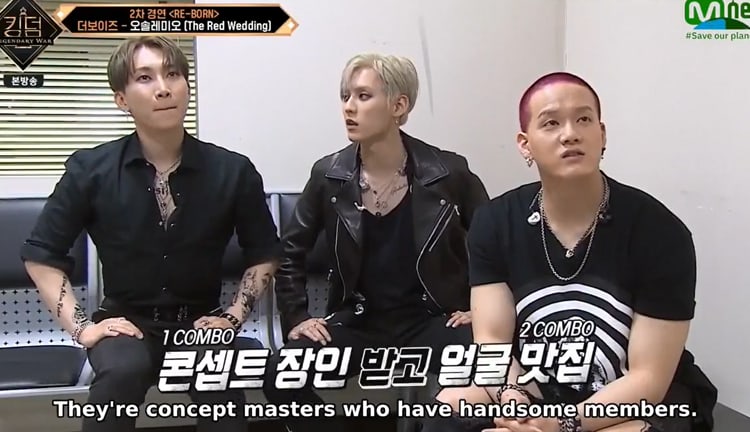 It’s a passionately fiery performance (literally, there’s fire) and one that’ll get you off your feet and stomping to that Spanish beat!

Sangyeon was bummed that his staff didn’t light up properly, but holding fire in your bare hands is impressive enough any day!

We interrupt your regular broadcast to bring you part 2 of “iKON’s Road to Becoming Insiders”: 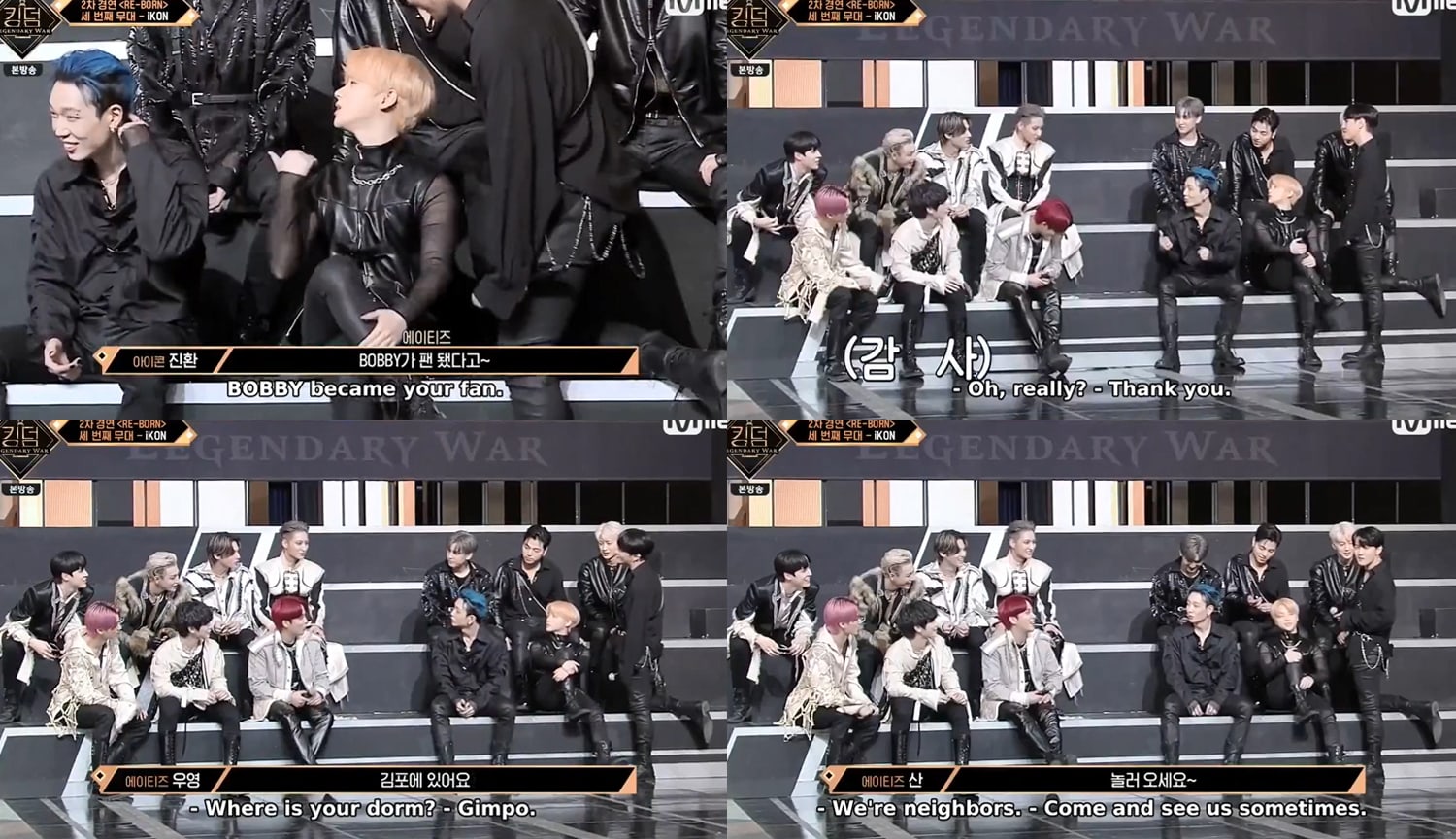 It’s adorable how iKON is so giddy about making new friends. First it was SF9, and now it’s ATEEZ. Looking forward to part 3 already!

Back to your regular broadcast:

The boys of iKON were tasked to do the switcheroo with ATEEZ. They debated between a few songs, but swiftly decided against doing a mash-up because of the lingering bad memories (heh!). Their final choice was “Inception,” and from there, they went all out in terms of bringing the dreamscape to life.

The stage design was pretty cool, and the trippy camera effects during Bobby’s part was especially inspired. The part where everyone grouped together and went slow-mo then sped up again was also a great interpretation of how time works in dreams.

As the other contestants pointed out, they really made the song sound *cough* iconic-ly iKON. Also major props to the spinning top for not falling over at the end, that took some skills. Now, does that mean we’re still dreaming? 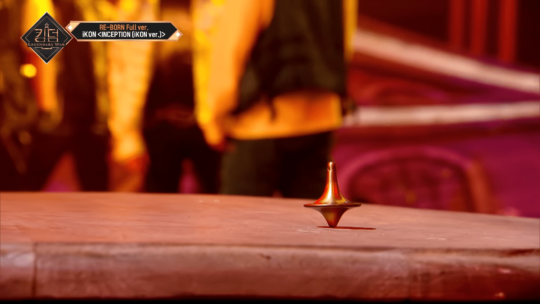 The results from round 1 weren’t officially announced to the groups in the studio, but viewers were shown rankings on screen, as seen below:

Which of these performances was your favorite? And which group would you like to see iKON getting to know next? Let us know in the comments below.

Belinda_C is super excited to see the other three groups’ performance! Talk dramas, SEVENTEEN, and Shinhwa with her on Twitter!