ENHYPEN Talks About 1st-Ever Comeback, Interest In Songwriting, Relationship With BTS And TXT, And More

ENHYPEN has returned with their second mini album “BORDER : CARNIVAL”! 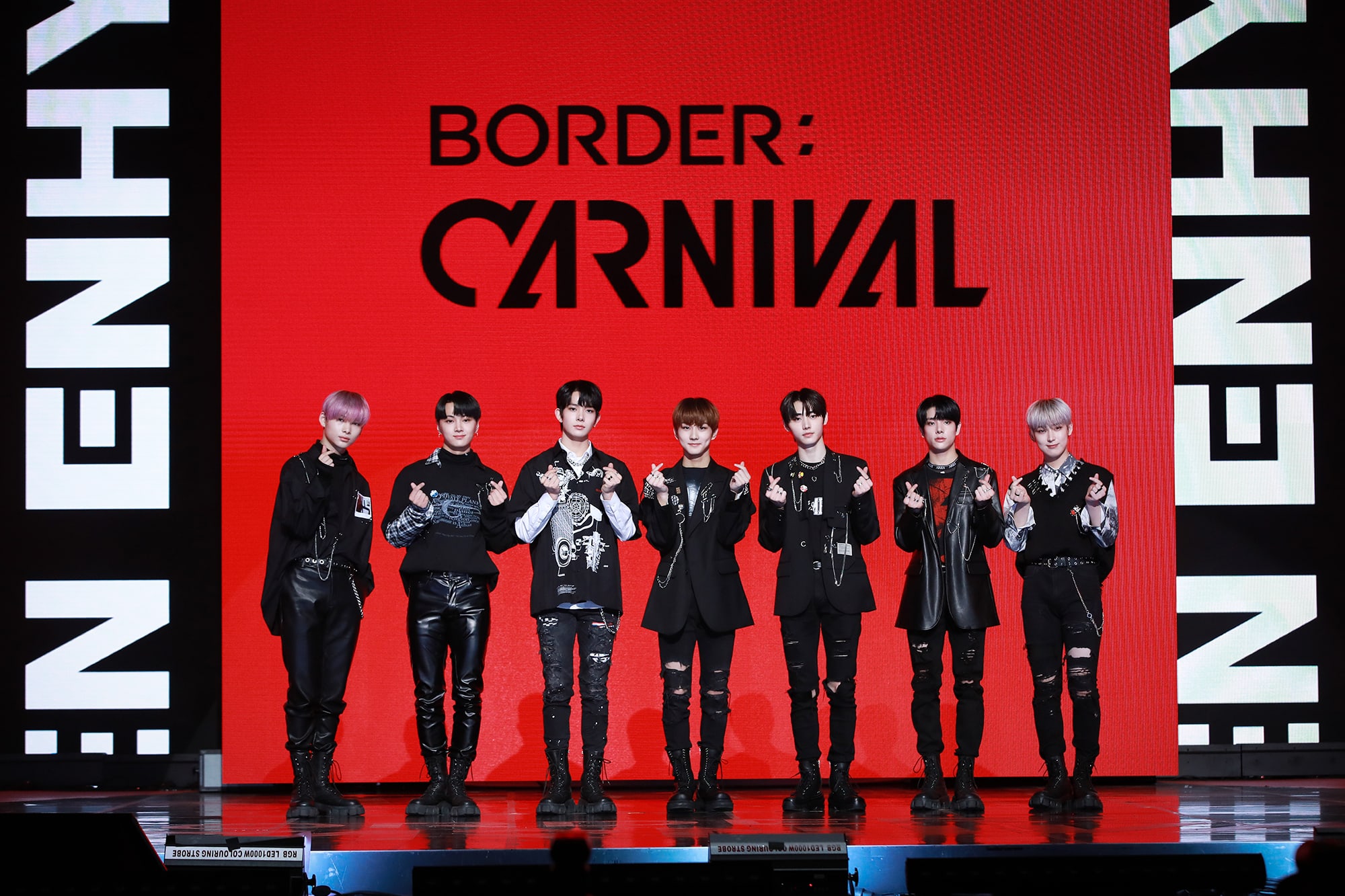 The members shared that they were nervous about making their first-ever comeback five months after their debut album “BORDER : DAY ONE” but were also excited to show their fans what they had prepared.

ENHYPEN broke records as rookies with their debut album and received four newcomer awards in only two months since their entrance in the industry. Jay commented, “I never imagined that we would receive the rookie award so quickly. I would like to thank our fans. After receiving the award, we swore to ourselves to work harder and do a better job so that our music can be heard from stores along the streets.” 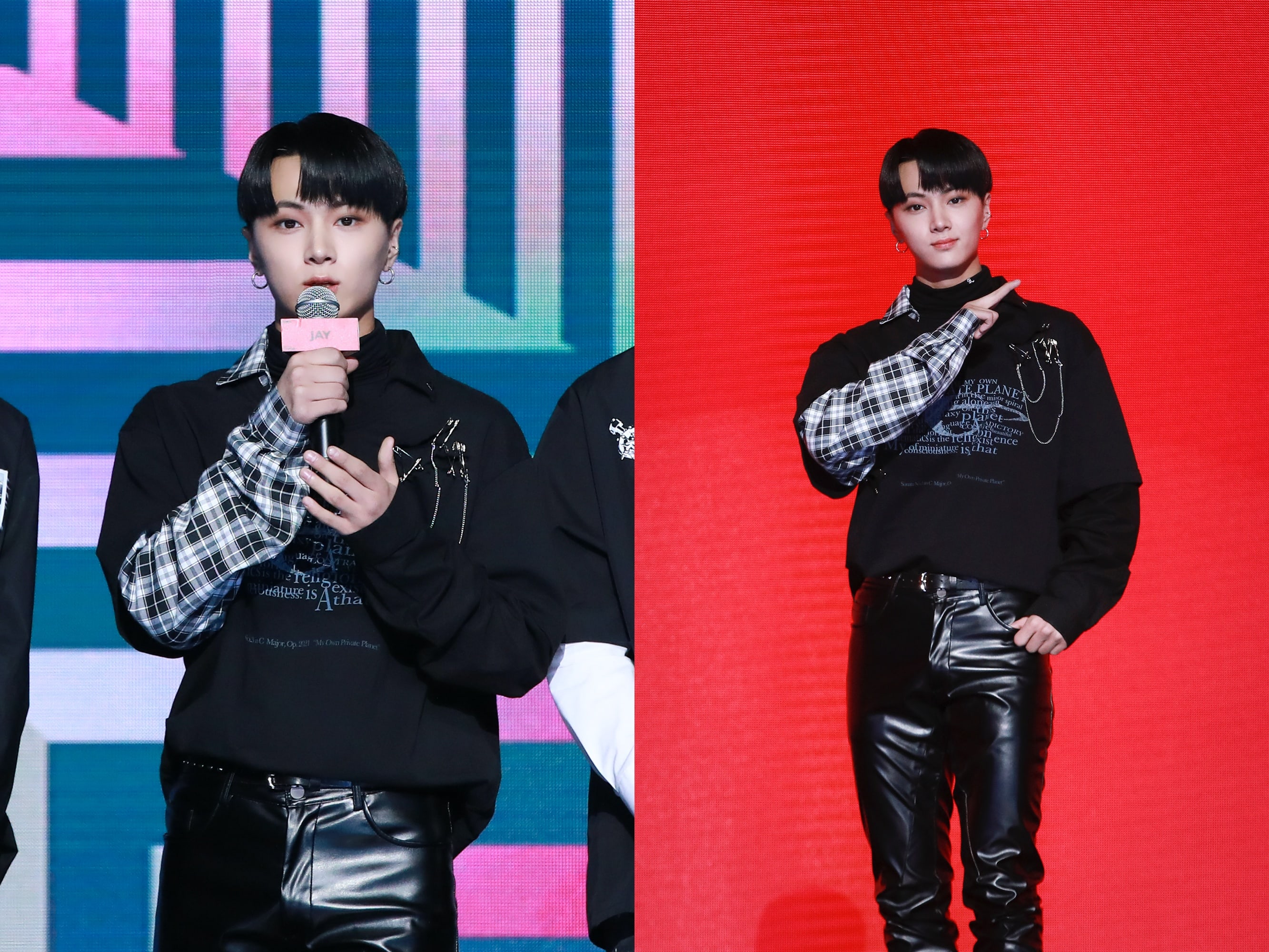 Sunghoon added that he was proud of the fact that the seven members were able to debut together and shared his hope to win more rookie awards in the remaining music awards this year. Heeseung expressed his desire to have an offline event with fans. 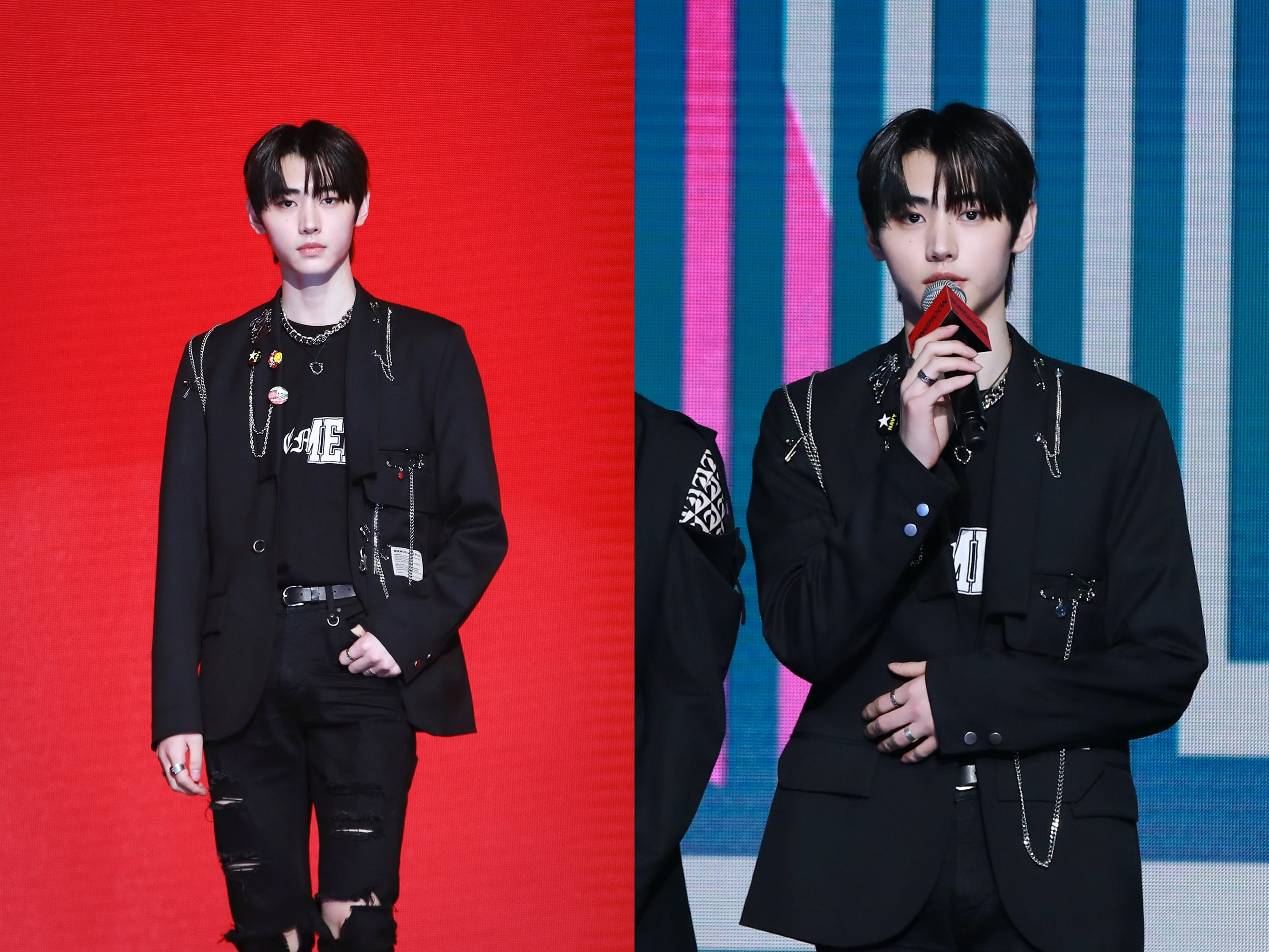 ENHYPEN’s debut was a huge success, but they have already broken their own records with their new album. The stock pre-orders for “BORDER : CARNIVAL” surpassed 450,000 copies, and they already amassed 14 million followers on their social media channels.

Jake explained, “Through social media, we consistently communicate with ENGENEs [ENHYPEN’s fans] and share our everyday lives. I think it’s this natural side that they like,” while Ni-ki suggested, “I think they are even more interested in us because we are a group formed through fan votes.” 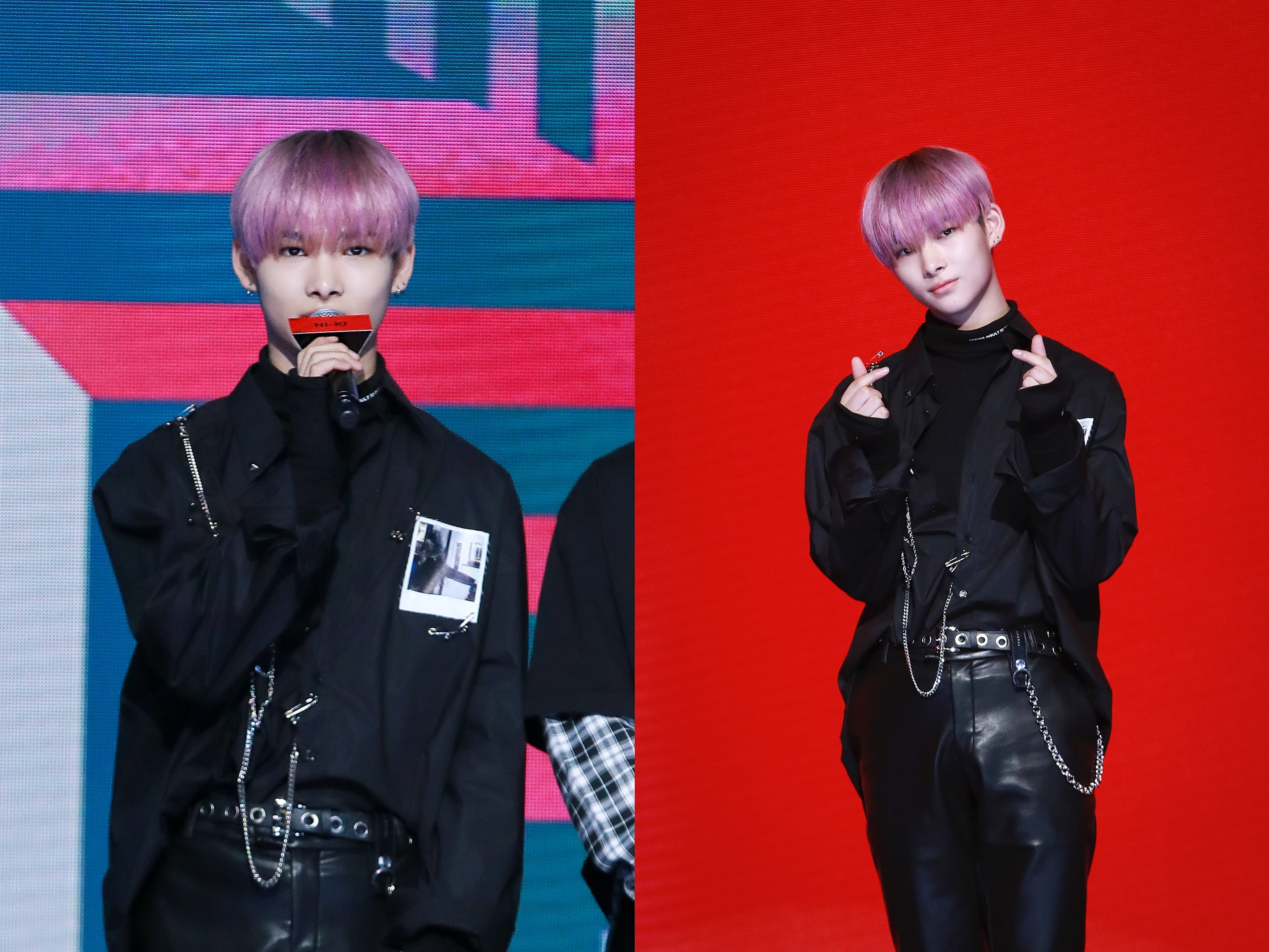 “BORDER : CARNIVAL” is an album that expresses ENHYPEN’s sincere emotions about the unfamiliar experiences they have encountered after debut. The album is divided into three concepts, UP, HYPE, and DOWN, which each represent parts of the process in which someone is invited to a carnival, enjoys it, then loses their sense of reality.

Heeseung said, “We had our first offline activities for the first time since debut. Because it was our first time doing all of it, everything felt new. Since I was put in an unfamiliar setting, my mind was in a daze and it felt like a fancy festival, so I thought of a carnival.” 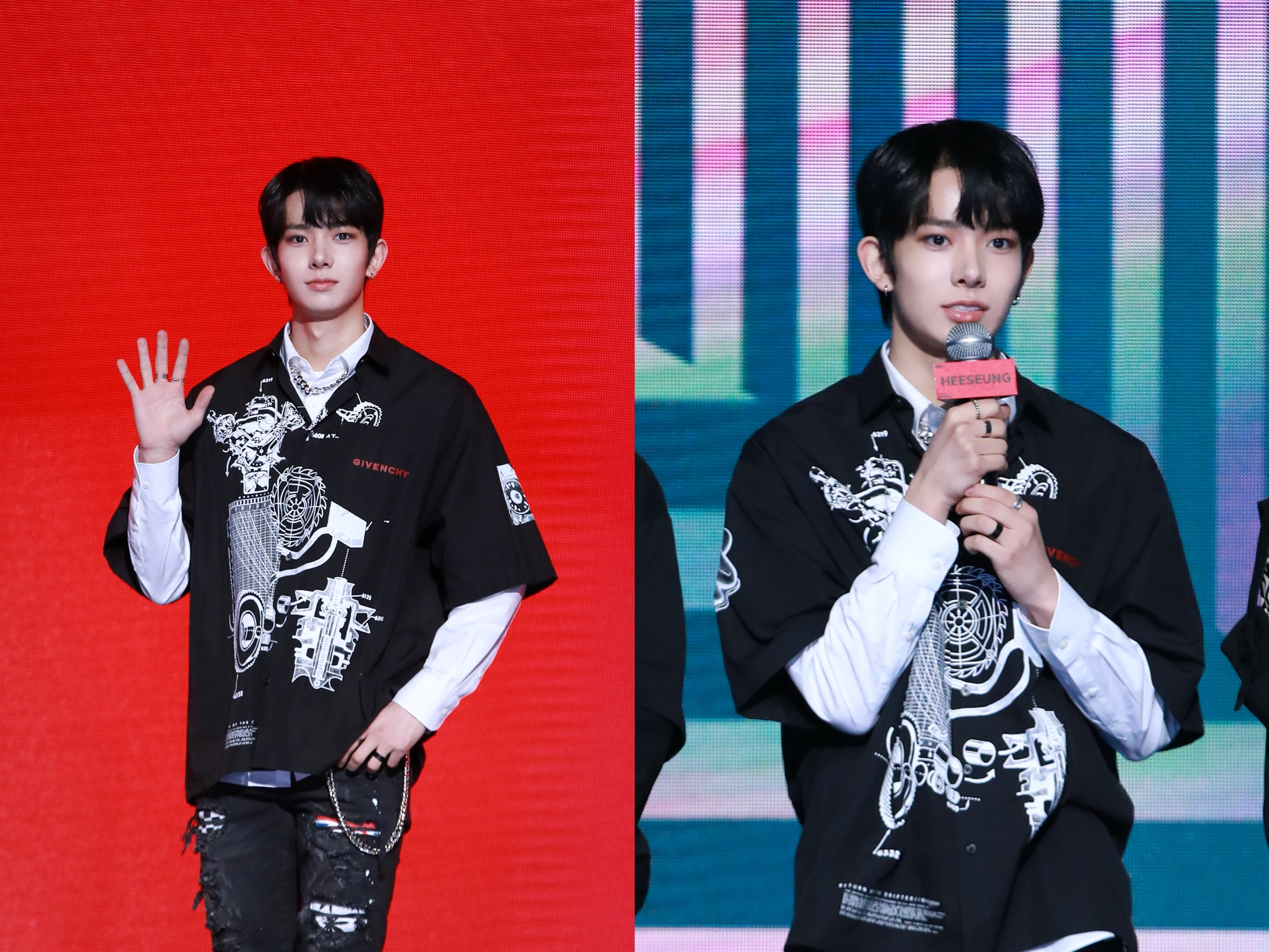 ENHYPEN’s new title track “Drunk-Dazed” is a song that expresses the glamorous and showy energy of a carnival. Sunoo pointed out that the “intoxicated” vibe of the song goes well with the theme of the album. Jungwon revealed that the lyrics reflected some of the things they had said in interviews, which made it easier for him to understand the song. 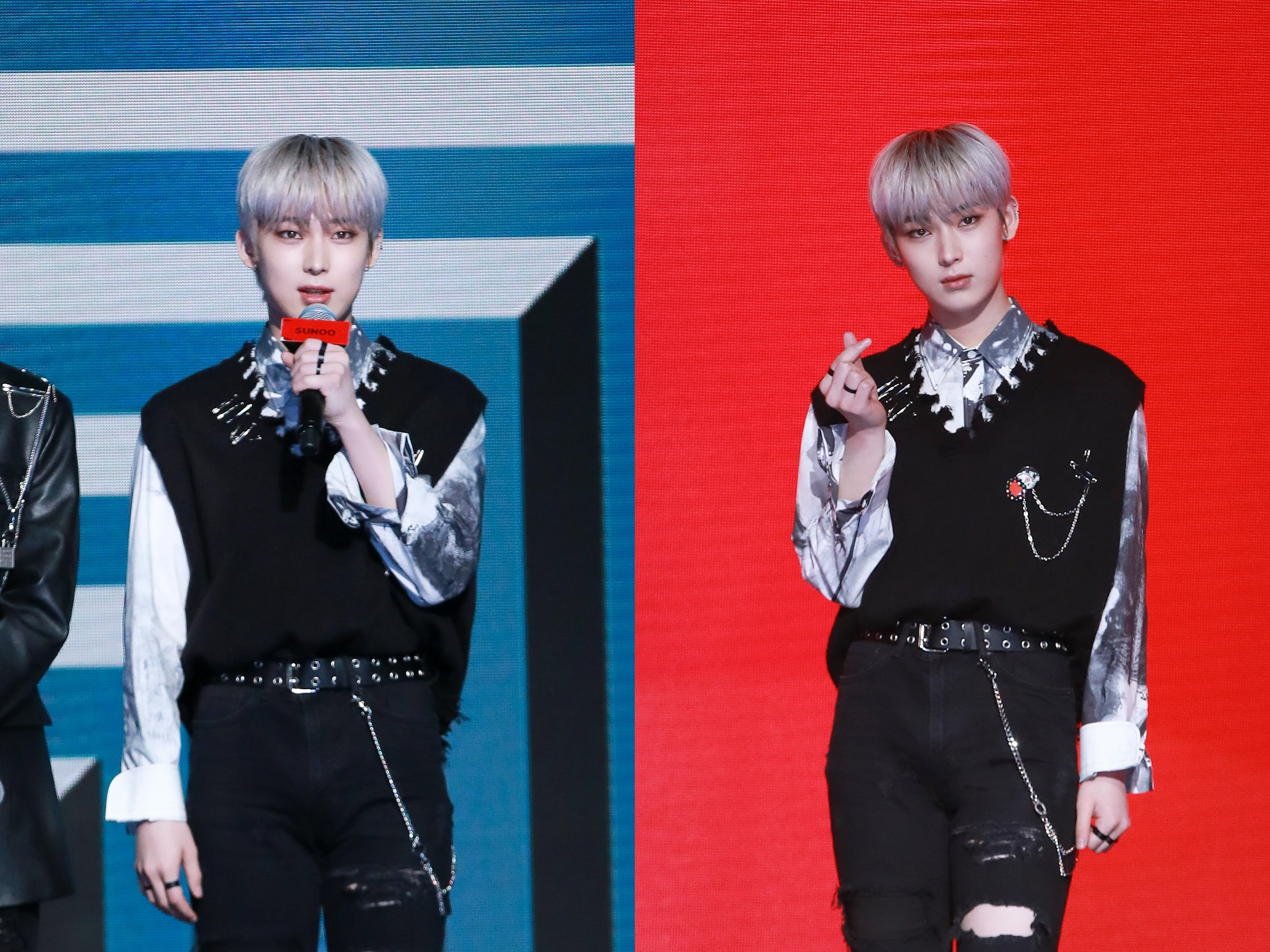 Regarding the performance and choreography, Ni-ki stated, “I think it’s about three times harder than our debut song. So I practiced for longer times.” Jake added, When I practice, I usually focus solely on practicing. One day, I felt like I had practiced for a long time, so when I looked at the time, I realized I had practiced for 10 hours. Because I worked really hard, I’m more confident.” Sunghoon also mentioned that he worked on his facial expressions to portray the song well. 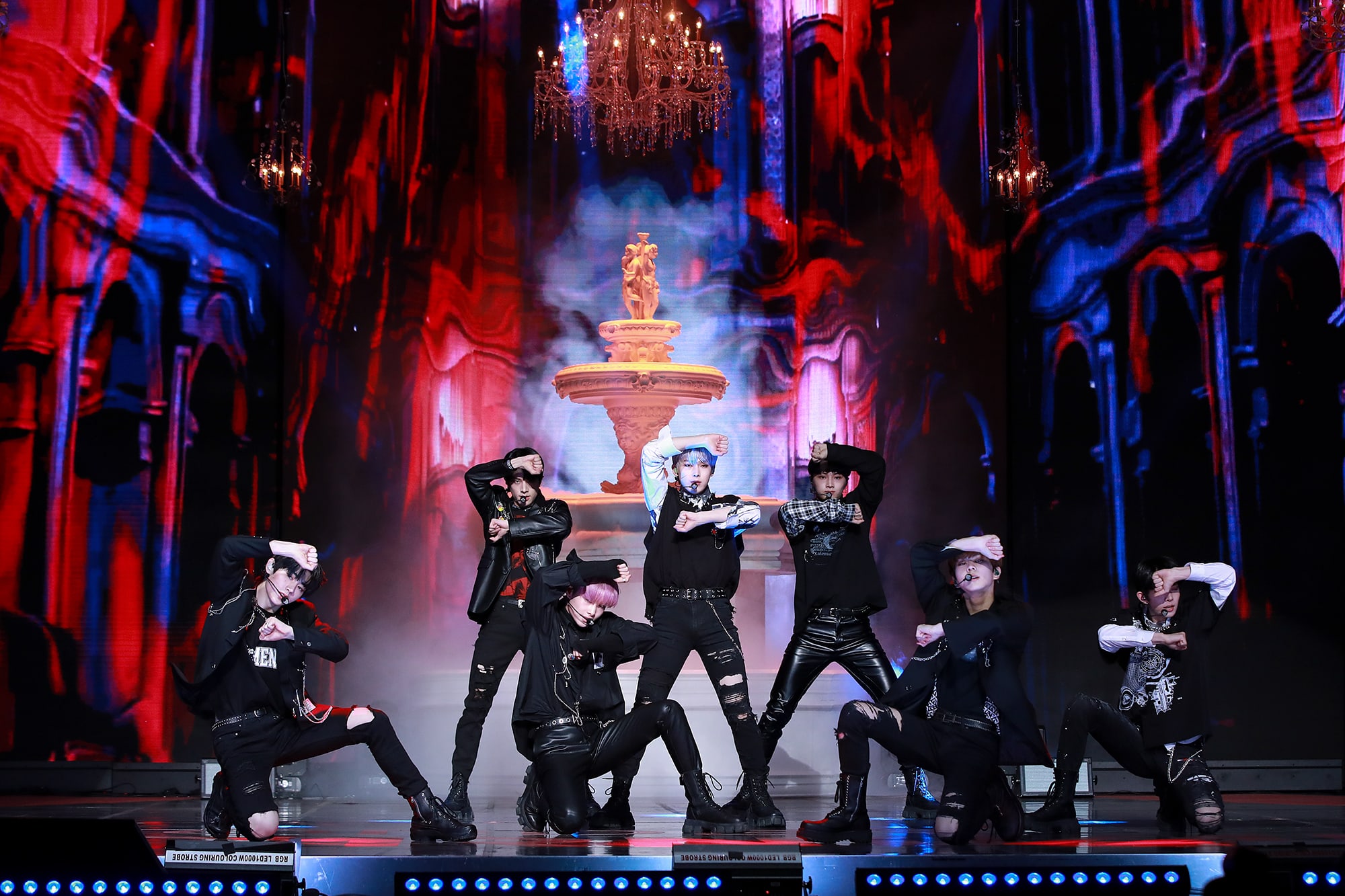 The members then talked about their wishes to create their own music. Jake said, “All seven of us are full of ambition about songwriting. I challenged myself to write lyrics for this album as well. My lyrics were unfortunately not selected, but I think it was a good opportunity. I will keep practicing and challenging myself.” 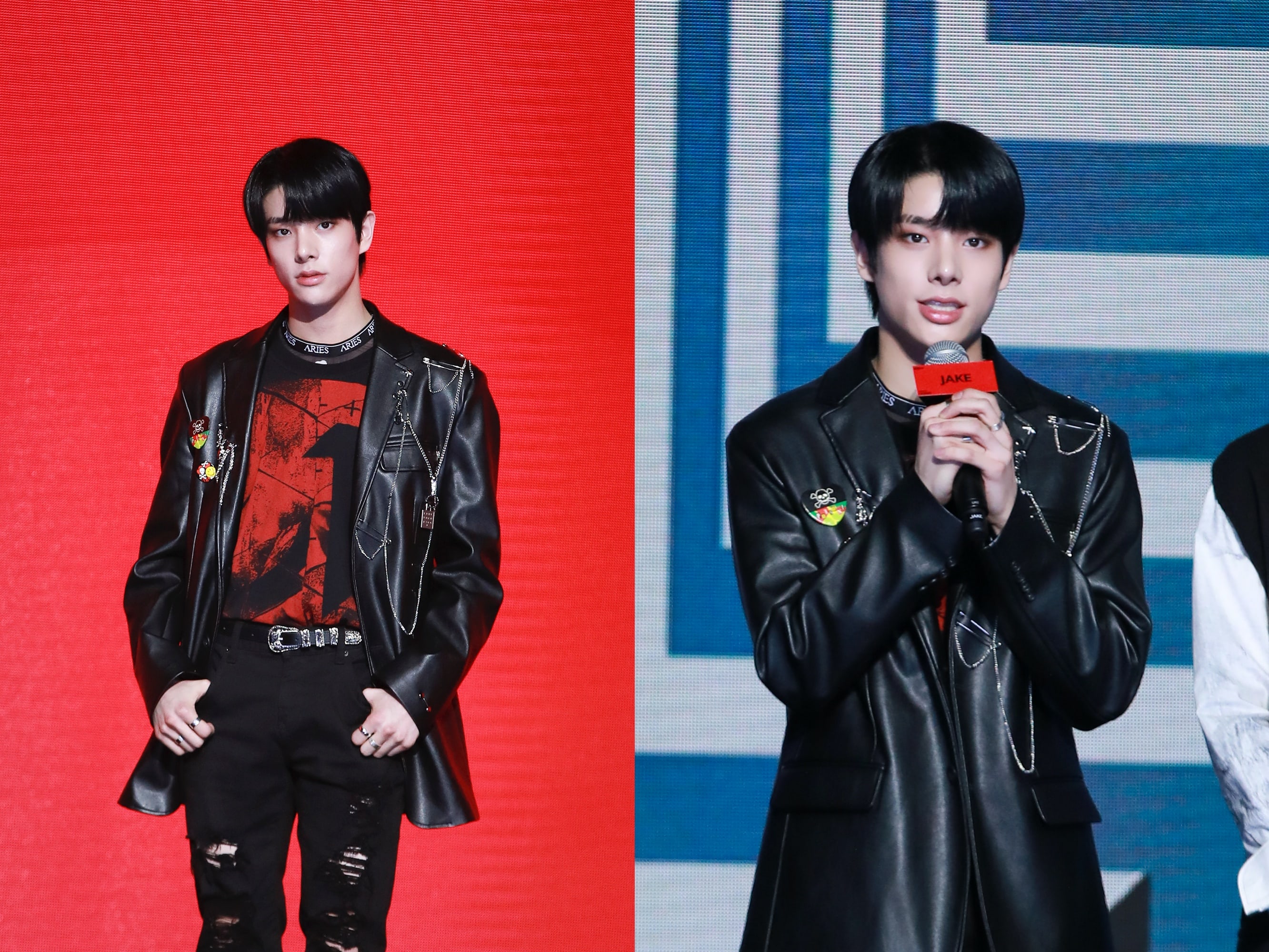 The group picked BTS as their role model, and Jay elaborated, “Most of the members have looked up to BTS while growing up and developed their dreams like that since their trainee days. I have deep respect for them. I often think that I would like to learn from not only their achievements, but also their attitudes as artists.” Jungwon, the leader of ENHYPEN, shared that BTS’s leader RM had told him, “A leader is not someone who pulls from the front, but someone who pushes from the back.”

ENHYPEN and TXT are labelmates under HYBE Labels. Regarding the senior group, Jay shared that TXT gave them advice and that they cheered each other on. Jay added, “If our promotional periods overlap, I’d like to make more fun memories together.” 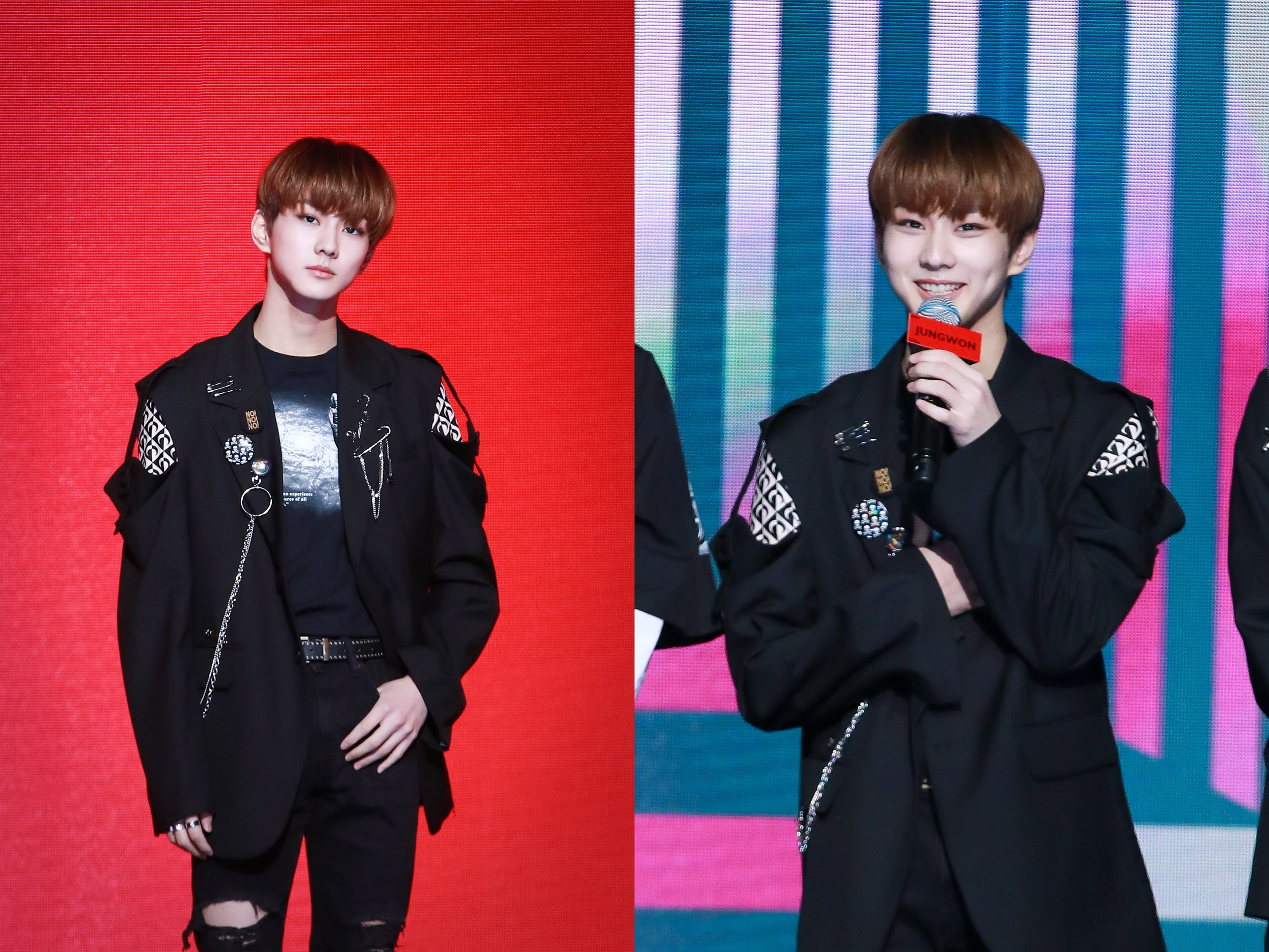 Wrapping up the showcase, Jungwon commented, “They say it’s a battlefield between fourth generation idols, but we are thankful to have gotten the title of ‘fourth-generation hot icon.’ We would like to defend this title and develop our team’s own style.” Sunoo revealed that his goal was to win on a music show and take a group selfie on stage.

Also check out “I-LAND,” the survival show through which ENHYPEN was formed: