7 K-Dramas Where Fans Were Divided On The OTP

Yes, this feature is here to reignite wars – but peaceful and respectful ones. Love triangles in K-dramas have historically started battles between fans that have lasted years and well into today. They’ve brought out the worst in people, but also their undying love for the team that they have chosen. Here are seven K-dramas where fans were divided on the OTP. 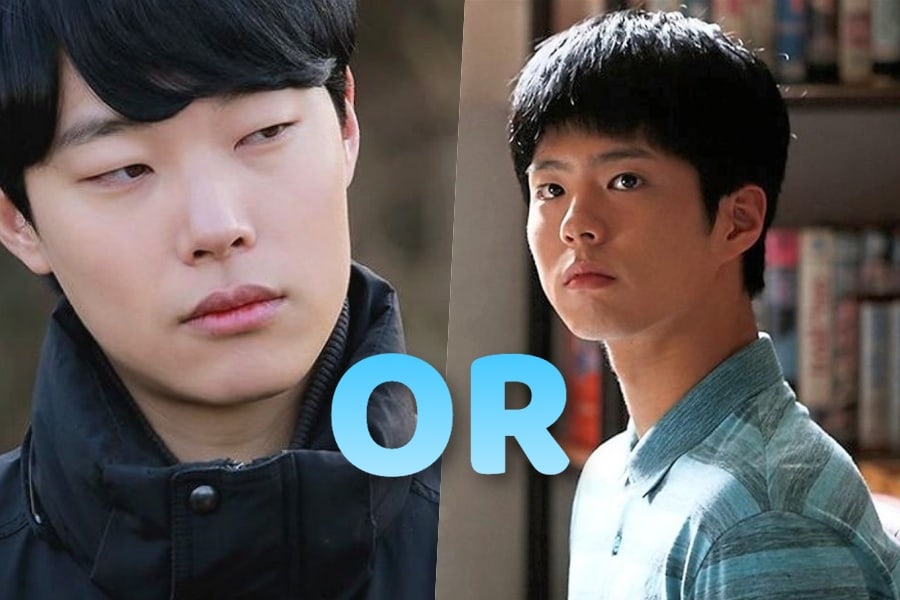 In order to start this list off right, we must begin with the epic of all fan wars when it comes to K-drama OTPs. “Reply 1988” aired in November of 2015. It was written by Lee Woo Jung, who had also written the previous dramas “Reply 1997” and “Reply 1994.” Based on the past K-dramas, viewers seemed to accept the fact that Deok Sun (Hyeri) would end up with Jung Hwan (Ryu Jun Yeol). But to the shock of a lot of viewers in South Korea at the time, she ended up with the aloof genius Choi Taek (Park Bo Gum). Therein ensued one of the biggest fan wars in K-drama history – Jung Hwan vs. Choi Taek. Who was your choice? 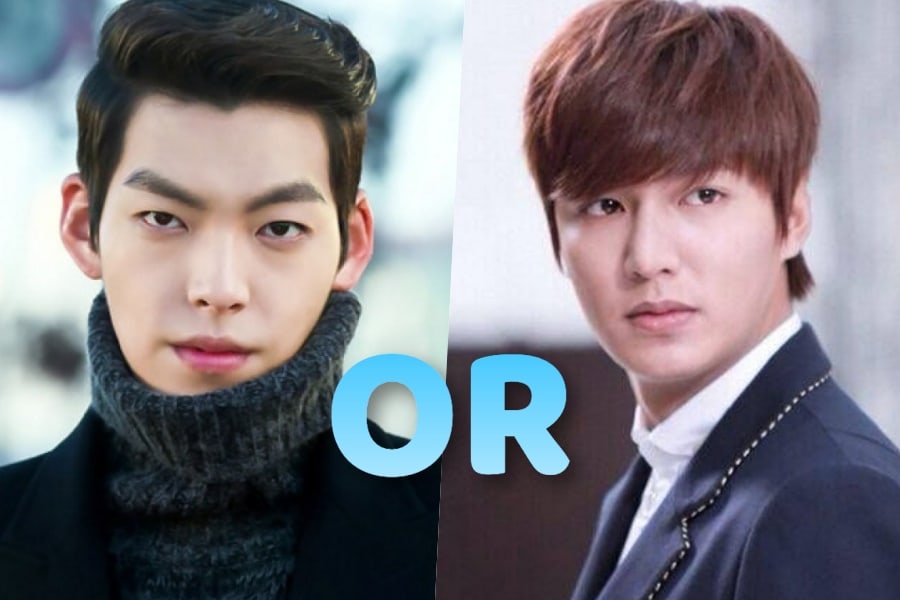 Another K-drama where viewers were divided between the two male leads was in Kim Eun Sook‘s high school romance “Heirs.” Starring Lee Min Ho as Kim Tan and Kim Woo Bin as Choi Young Do, the two chaebols fall in love with a poor girl named Cha Eun Sang (Park Shin Hye). Seeing how much of a kind person Choi Young Do becomes after falling for Eun Sang caused some serious second-lead syndrome as well as a bit of a fan war between the two boys. Which of these high school heartthrobs were you rooting for? 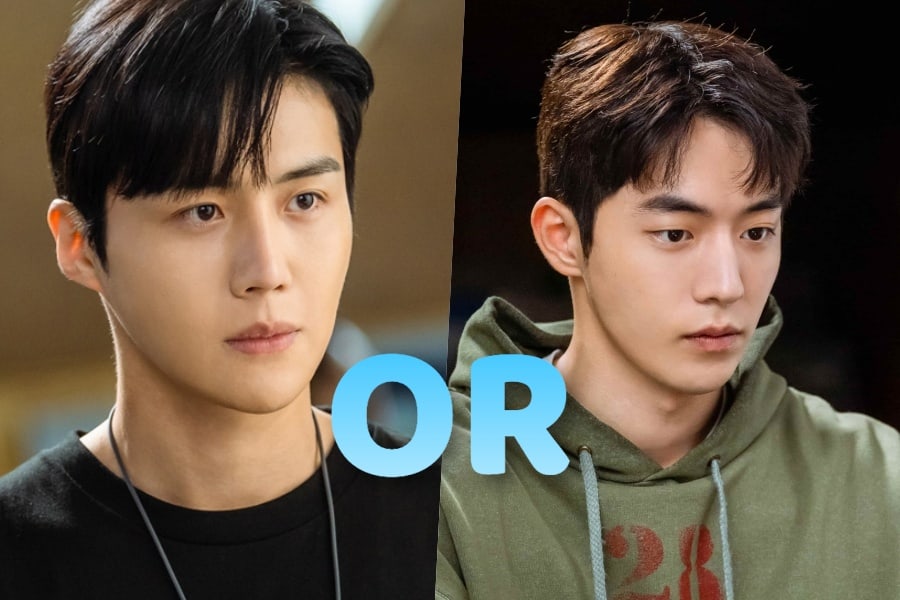 Recently, the K-drama “Start-Up” was quite the talk of the town as it stirred up a bit of a fan war online. People were divided between the two very charming male leads: Nam Joo Hyuk, who played the founder of a tech company by the name of Nam Do San, and Kim Seon Ho, who played the successful and very adorable Han Ji Pyeong. The two end up fatefully becoming intertwined with Seo Dal Mi (Suzy), a poor girl who is trying her hardest to become successful. The love triangle that ensued was of epic proportion as people were divided all over the world. Which team were you on? 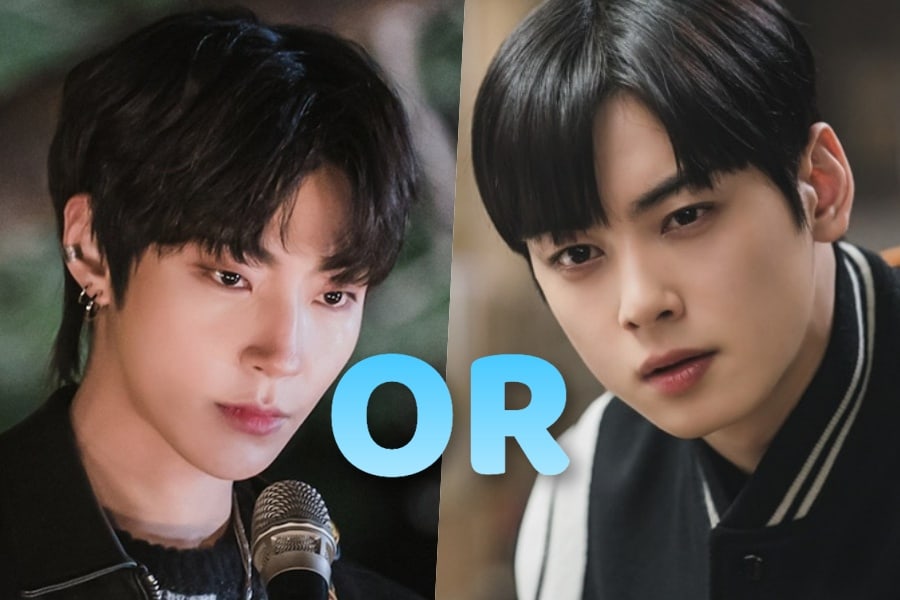 Another recent OTP that drove fans crazy all over the world was from tvN’s hit webtoon-based drama “True Beauty.” The series stars Cha Eun Woo, Moon Ga Young, and Hwang In Yeop in a heartbreaking love triangle that viewers just couldn’t seem to get over – and still haven’t really gotten over. With the boyish good looks of Cha Eun Woo and Hwang In Yeob’s brooding gaze, it created a very intense online divide as fans couldn’t help but express their affections and love for their favorite male lead. Which one of these teams was it for you? 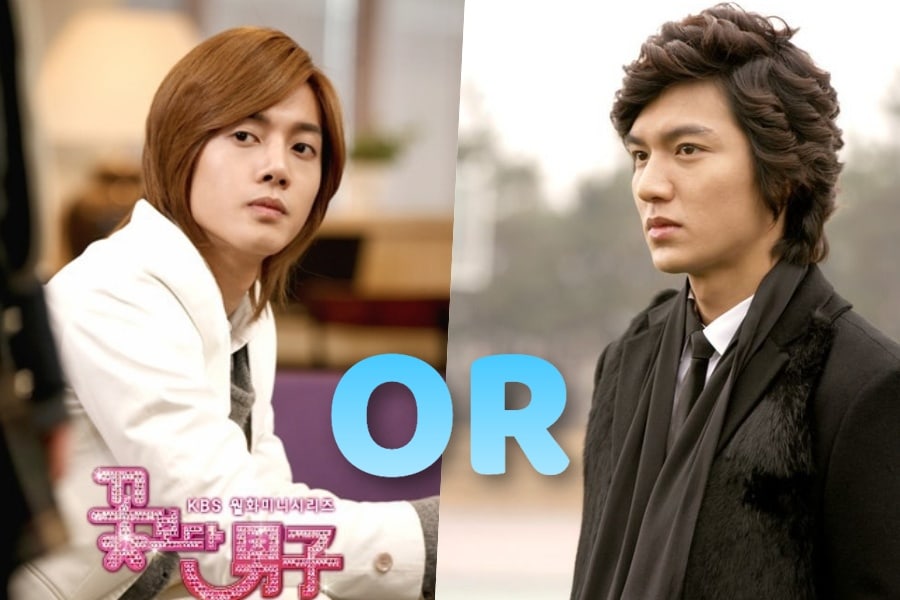 This classic K-drama is one that arguably started the idea of K-drama fan wars between the two male leads. Once upon a time, over 10 years ago, Goo Jun Pyo (Lee Min Ho) and Yoo Ji Hoo (Kim Hyun Joong) came into Geum Jan Di’s (Ku Hye Sun) life as well as ours, and afterwards we were never really the same. Whether it was Goo Jun Pyo’s bad boy charms or Yoo Ji Hoo’s sweet and nurturing ways, it sparked fans to choose between the two and they were pretty passionate about it. What were you? Team Jun Pyo or team Ji Hoo? 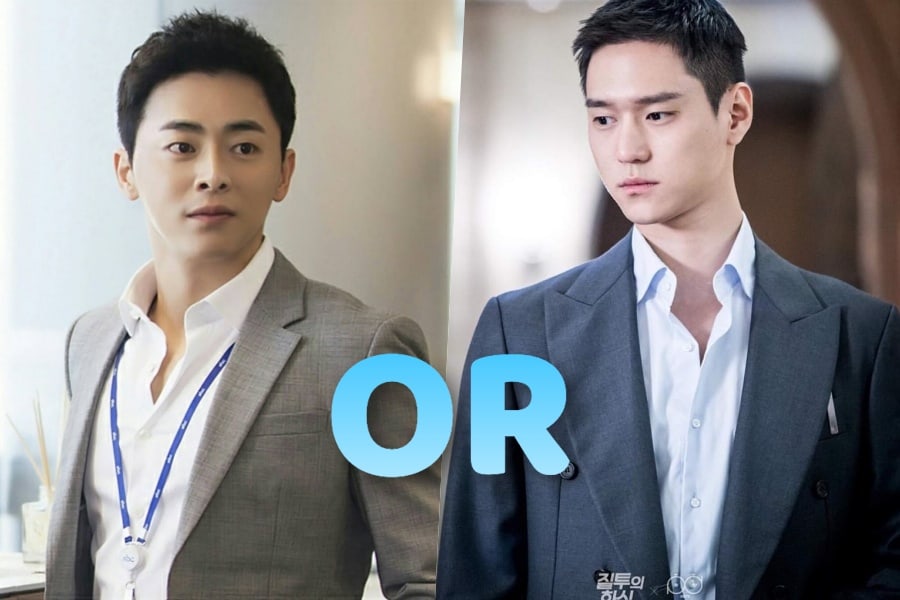 This one was difficult. If Jo Jung Suk wasn’t so handsome and charming, it would have been pretty obvious as to which of the two male leads deserved Pyo Na Ri’s (Gong Hyo Jin) heart. “Don’t Dare To Dream” involves a very intense love triangle between two best friends and an aspiring announcer. The two best friends are played by Jo Jung Suk and Go Kyung Pyo, so you can already imagine the difficult pickle that Pyo Na Ri was in when she had to choose between the two very intelligent and beautiful men. She loved them both at one point and just couldn’t choose. Were you just as torn? 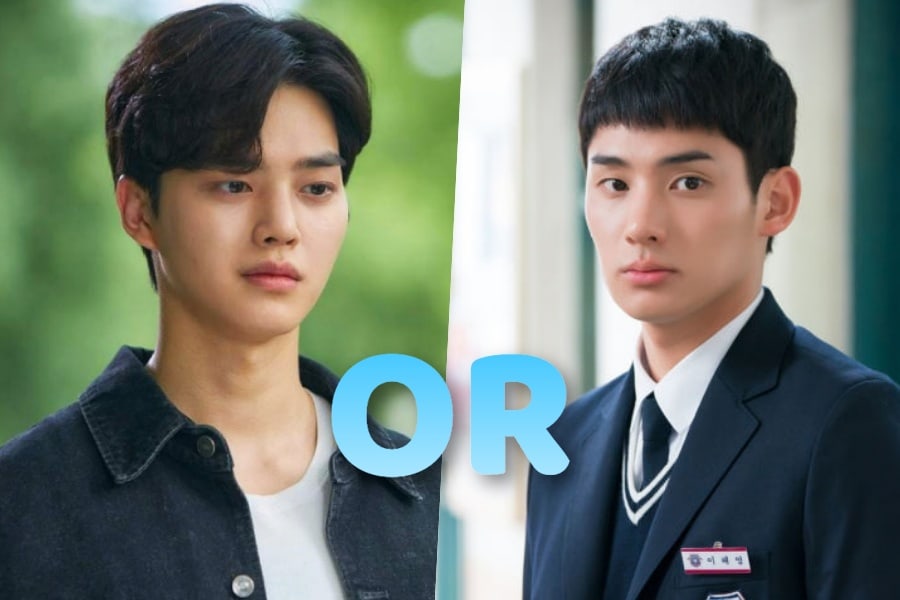 “Love Alarm” had two seasons and both seasons starred Kim So Hyun as Kim Jojo, Song Kang as Hwang Sun Oh, and Jung Ga Ram as Lee Hye Young. The story follows a high school girl named Kim Jojo who is caught in between a heartbreaking love triangle. When all three grow up and become adults, they are forced again in the same situation, and Jojo is left helpless trying to figure out which of the two she really loves. Fans of this drama were passionately rooting for one side or the other and it made for a tumultuous and emotional rollercoaster! Were you team Sun Oh or Hye Young?

Watch Song Kang in “When The Devil Calls Your Name”:

Hey Soompiers, which of these OTPs was your favorite? Let me know in the comments below!

Soompi Spotlight
Reply 1988
Who Are You: School 2015
Boys Over Flowers
Heirs
Don't Dare To Dream (Jealousy Incarnate)
Love Alarm
Start-Up
True Beauty
How does this article make you feel?