The upcoming drama is a mutant survival drama about a group of survivors who fight for their lives among mutant humans who are created after breathing in the dark smoke from a mysterious sinkhole. It stars Lee Joon Hyuk as Yoo Tae Han, a tow truck driver and native of the town of Mu Ji, where the sinkhole emerges, and Kim Ok Bin as Lee Hwa Sun, a police detective from Seoul who comes to the town to find her husband’s killer. Lee Ye Bit plays elementary school student Jung Do Yoon, and Im Won Hee plays Park Soon Il, a sergeant in the local patrol division.

Previously, the drama unveiled a poster that showed Lee Hwa Sun gripping tightly onto the hand of Jung Do Yoon. After a certain incident, Lee Hwa Sun ends up taking care of the child. In the new photo, Lee Hwa Sun and Jung Do Yoon are wearing masks and holding hands. They’re a bit distant since it hasn’t been long since they met each other, but they don’t dare let go of one another.

Kim Ok Bin talked about Jung Do Yoon, saying, “They met but chance, but Jung Do Yoon becomes someone more precious than family to Lee Hw Sun, and they stick together wherever they go.” It will be intriguing to find out how their relationship will grow throughout the story. 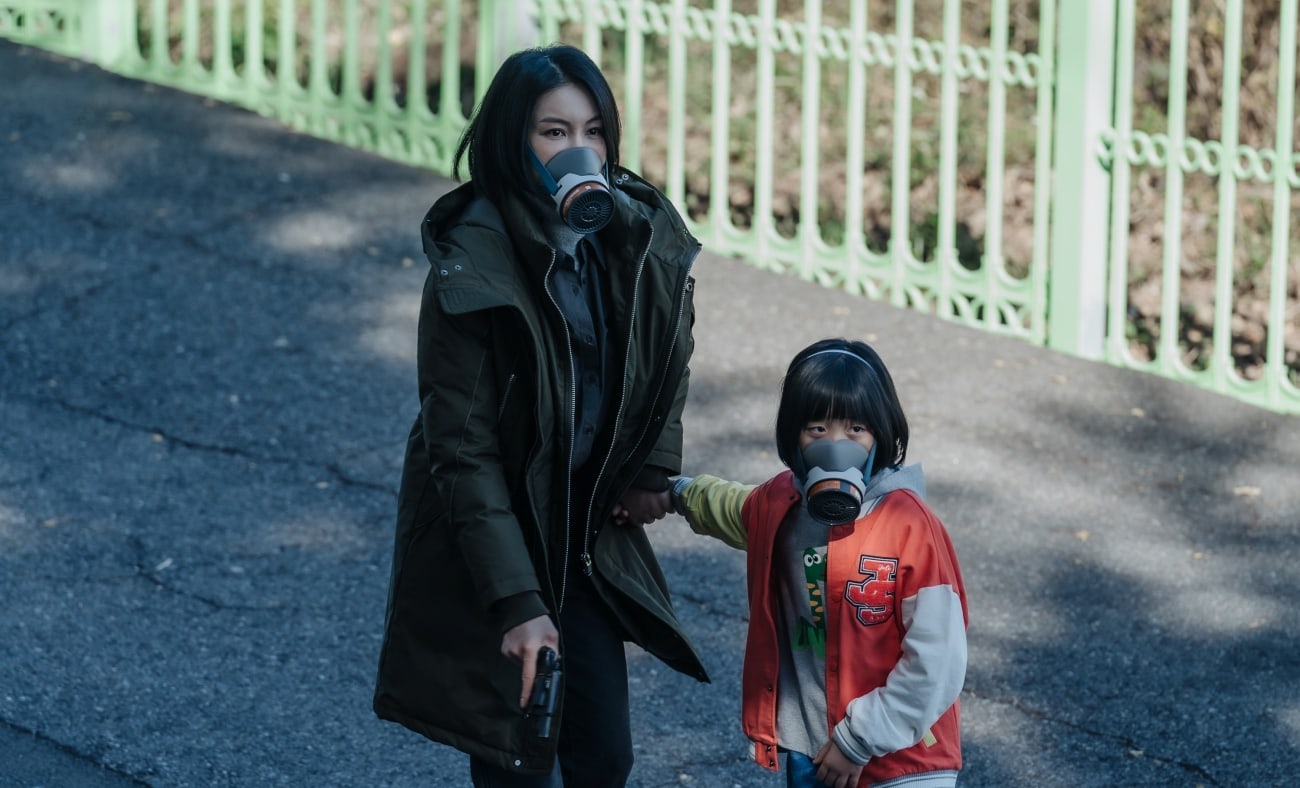 The teamwork between Yoo Tae Han and Park Soon Il will also be interesting to see because these two are actually not on the best of terms. However, the new still shows them actually cooperating with each other. Yoo Tae Han will struggle to not let a single person die in a city where mutants run wild, and Park Soon Il will be the second most helpful to him after Lee Hwa Sun. During the press conference, Im Won Hee talked about his character, saying, “He doesn’t look like he’ll help, but he’s very warm-hearted, and he’s a neighbor you want to take around with you.”

The two characters are intertwined in the past and present, and their teamwork couldn’t have been better. Lee Joon Hyuk commented, “Without Im Won Hee sunbae, there would’ve been a lot less entertaining moments.” Viewers can look forward to their “sweet-and-salty” chemistry in the drama. 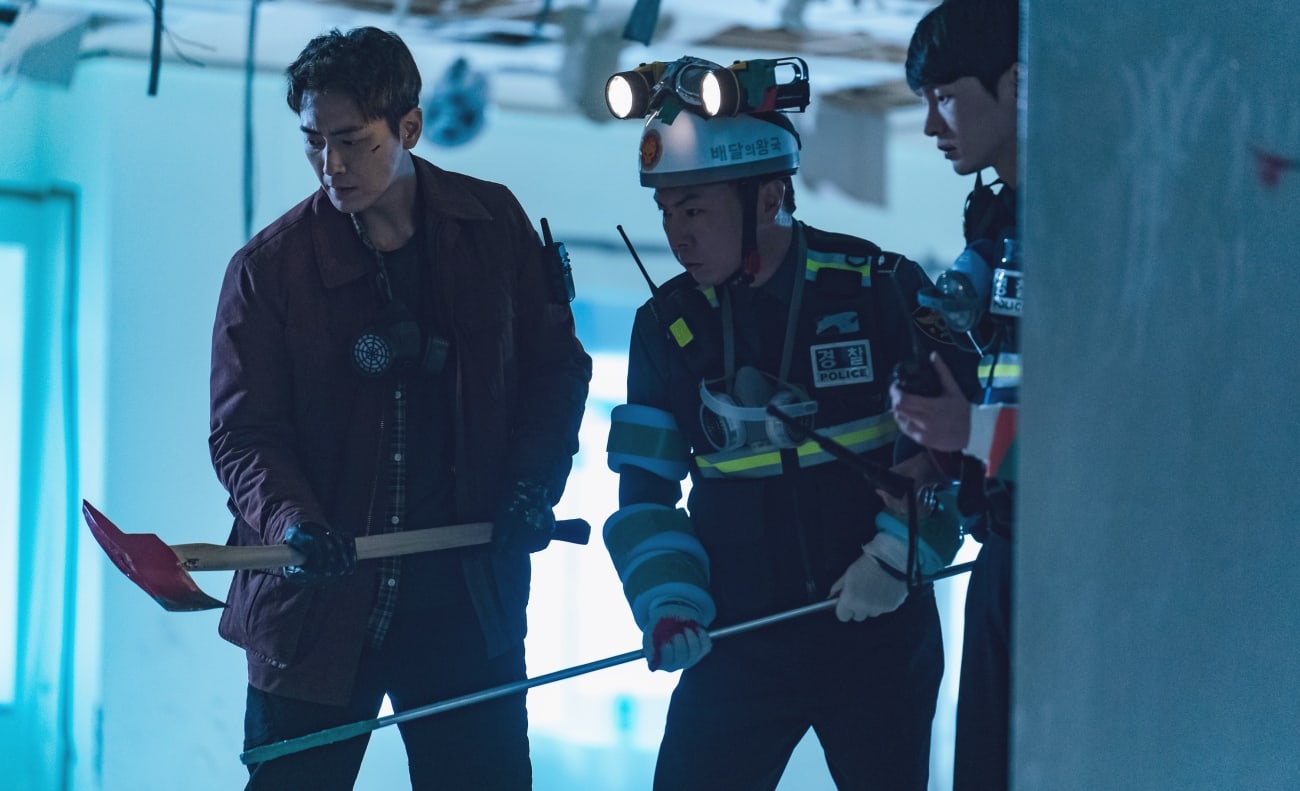