ASTRO Shares What’s Important To Them, How They Want To Be Remembered, And More

ASTRO looks stunning in their new pictorial for Elle magazine!

In the interview for the photo shoot, ASTRO talked about the release of their latest album “All Yours.” Cha Eun Woo expressed his gratitude that the photo shoot with the clothing brand Vibrate featured red, blue, and purple colors to match the concept of their album. He shared, “This album has the ‘YOU,’ ‘ME,’ and ‘US’ version, and this photo shoot has a red background, flower props, a blue sofa in the background, and purple flowers, so while filming, we wondered, ‘Oh, did they purposefully aim for this?’ and had even more fun filming.” 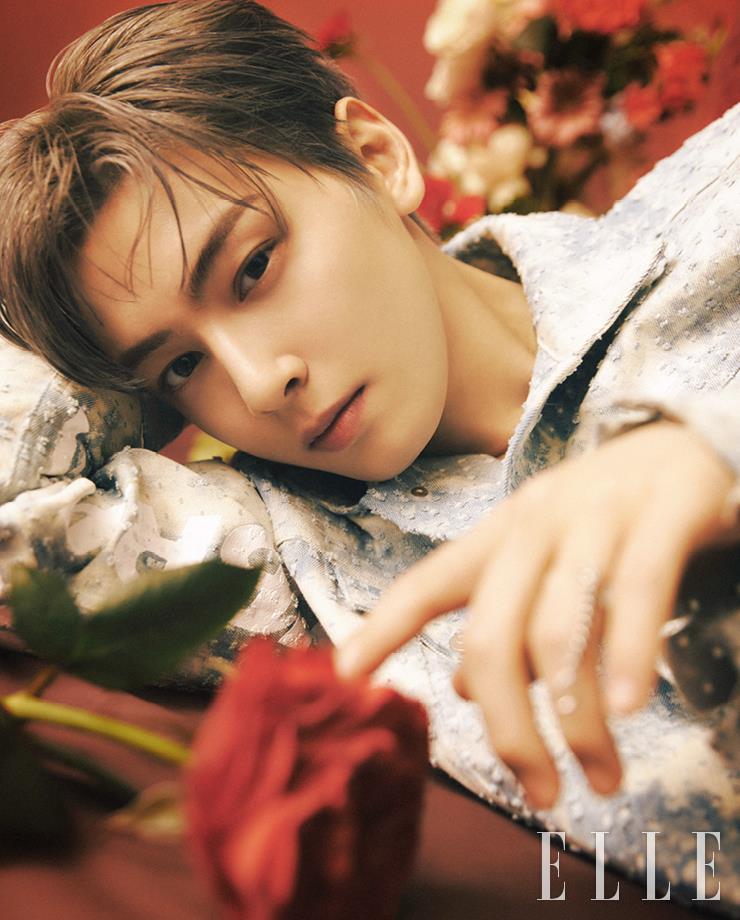 Cha Eun Woo mentioned that he enjoyed the photo shoot since Vibrate is a brand famous for ball caps and denim items, which go well with any situation, such as when going to the airport or styling for everyday life. 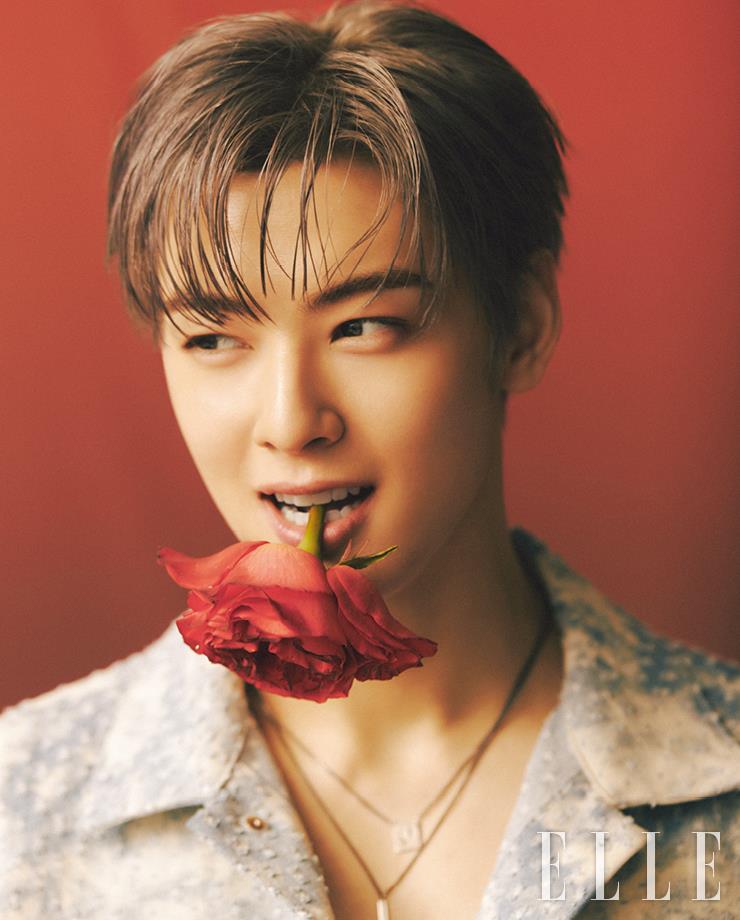 Sanha talked about the photo of him wearing a graduation cap for the album teaser. He shared, “I wanted to portray the feeling of becoming an adult after having debuted at 17 years of age [in Korean reckoning] as the youngest member of ASTRO. I can now show a lot of different things compared to before.” 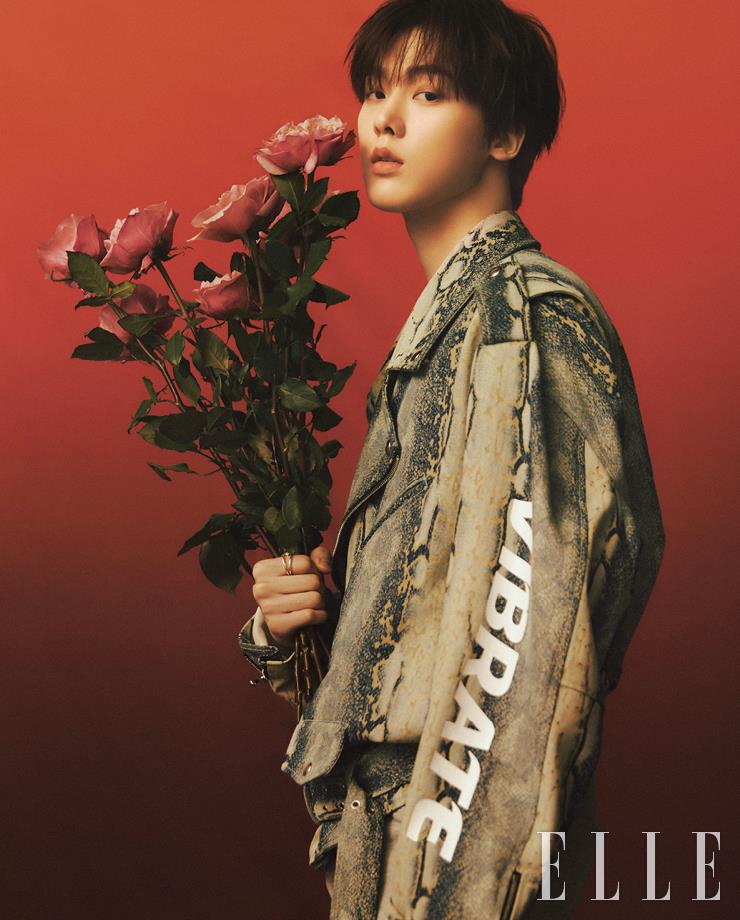 When the interviewer praised Sanha for his bold poses, Sanha replied, “I’m happy just to hear that. Is it because I’ve aged? Like the title track of our album, ‘ONE,’ I would say learning is the one thing that’s most important to me. I don’t think everyone can be perfect. That’s why I think it’d be good to live life while thinking of learning others’ strengths when we meet people.” 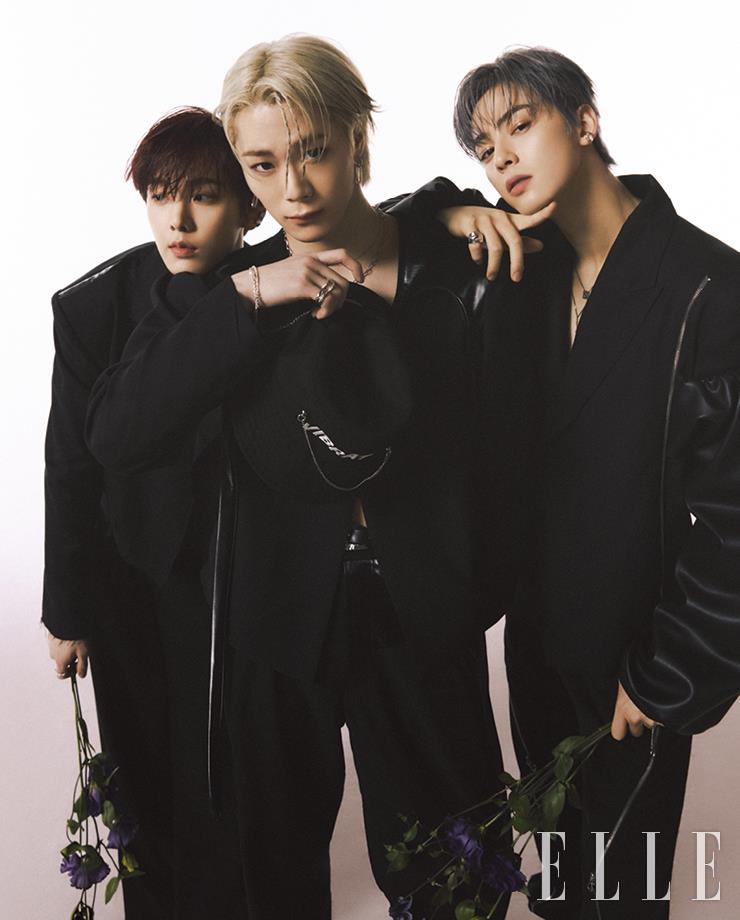 Moonbin shared that he normally enjoys the style of the hat he held in the photo shoot. He commented, “I don’t follow trends, and I’m more partial to items that match well with anything.” Regarding his thoughts on ASTRO’s fifth debut anniversary, Moonbin shared, “Every moment after our debut feels like ‘youth.’ There’s all the emotions I felt with the members together, and I’m feeling a variety of emotions even now. As we make a comeback, I feel more alive. We can leisurely enjoy the stage more as our experience builds compared to the past, and it feels like we could do anything now.” 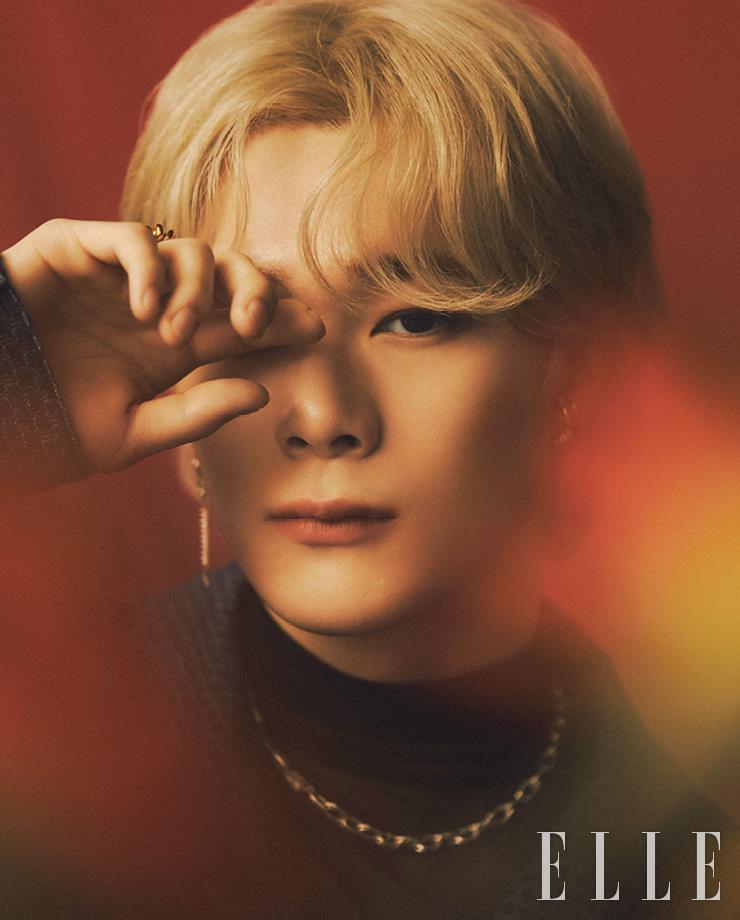 On the clothing for the photo shoot, MJ shared, “We wear diverse clothing on the stage, but it was nice to wear Vibrate’s denim line in such a sexy photo shoot like this.” When asked how he felt to be on the stage together with the members, MJ shared, “Like the title track ‘ONE,’ which you asked about earlier, I think that the one important thing is happiness. Today, I’m happy. It’s even more meaningful to be together with the members. I’m happy during days like these when I’m not being anxious, feeling a bit more at ease, and finding happiness in the small things.” 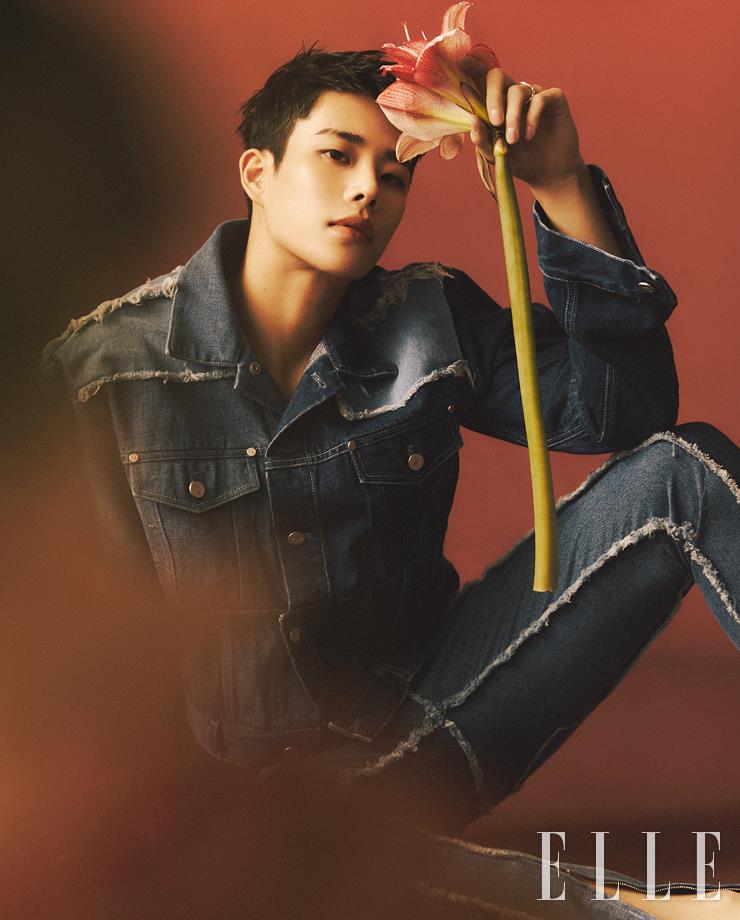 JinJin shared his thoughts on being called idols with both refreshing and sexy charms. He explained, “I like the word ‘refreshing.’ It means that we’re giving them energy that feels good while they think, ‘I’m happy when I look at you guys. I feel refreshed.’ If you add sexiness on top of that, I feel as if I have everything.” 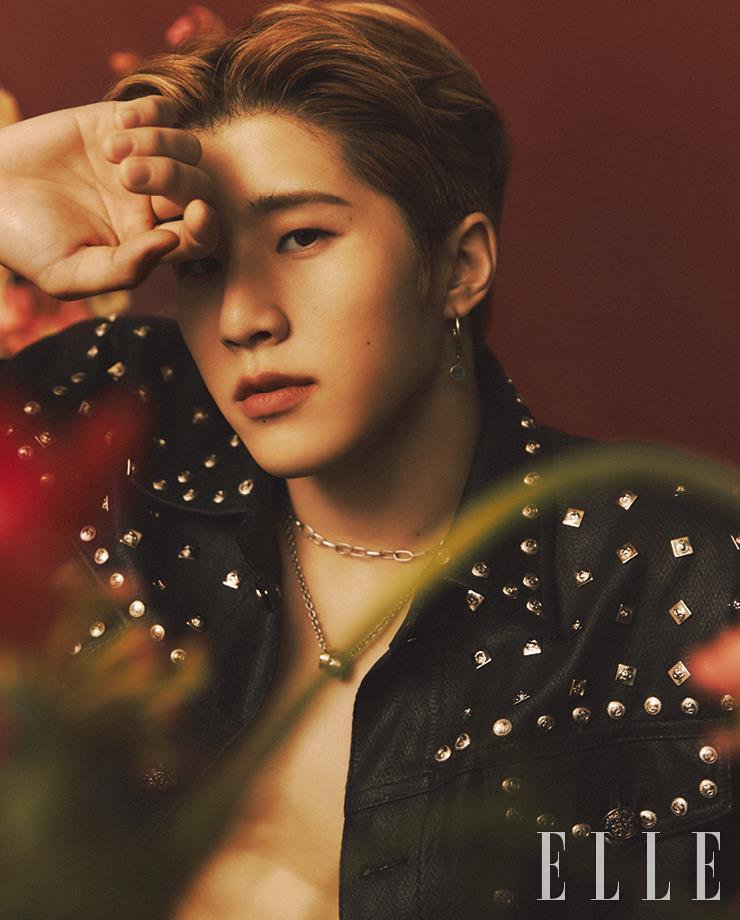 JinJin commented, “What I felt the most these days is that if I don’t do anything, nothing will really happen. That’s why I want to personally take on more challenges, and I want to put my thoughts into action right away. So this comeback is the result of my attempts at rap making and more experimental things on stage.” 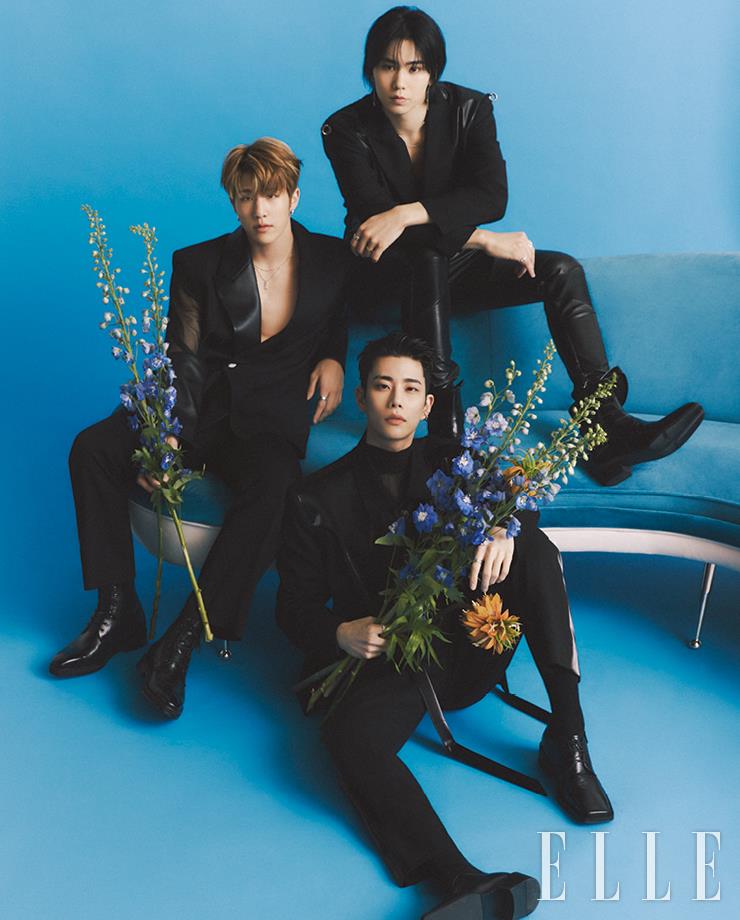 Rocky revealed that he enjoyed Vibrate’s trademark hip atmosphere in their denim line. He shared, “It was fun to portray various styles. It was interesting to try something new. I like this moment and how I look right now.” 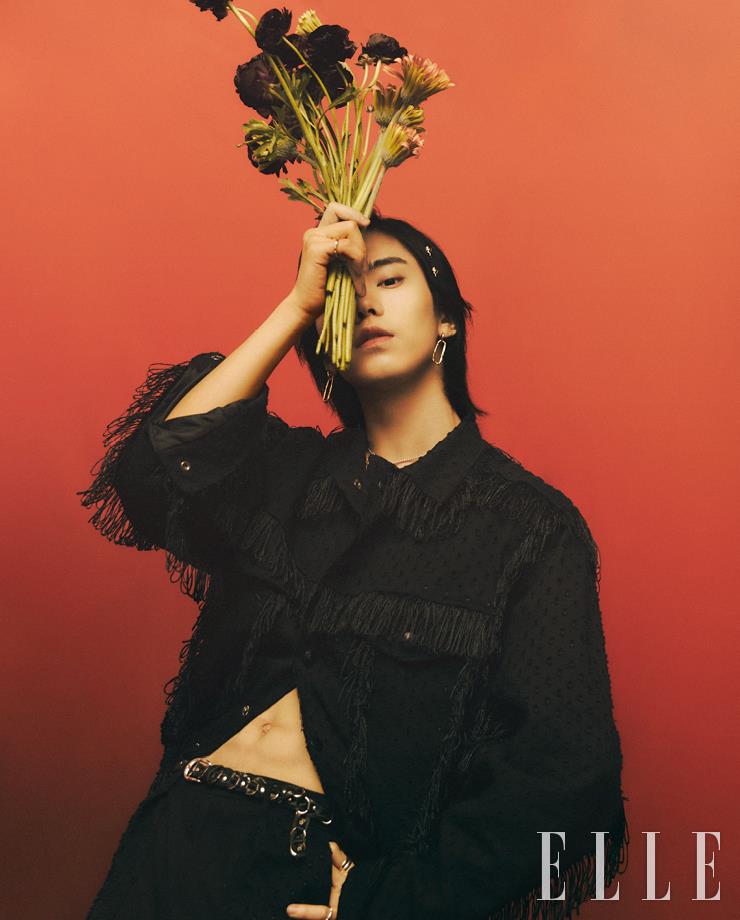 When asked how he wanted ASTRO to be remembered, Rocky shared, “It might be embarrassing to say this. First, we started off wanting to literally be a star like the meaning of ASTRO when AROHA [ASTRO’s official fan club] and people think of us, and I want to give comfort to people as a group that remains in their memories at least a little. Similar to how people look up at the night sky when they’re tired, I want ASTRO to remain as a special friend in life that gives comfort like the stars in the night sky.” 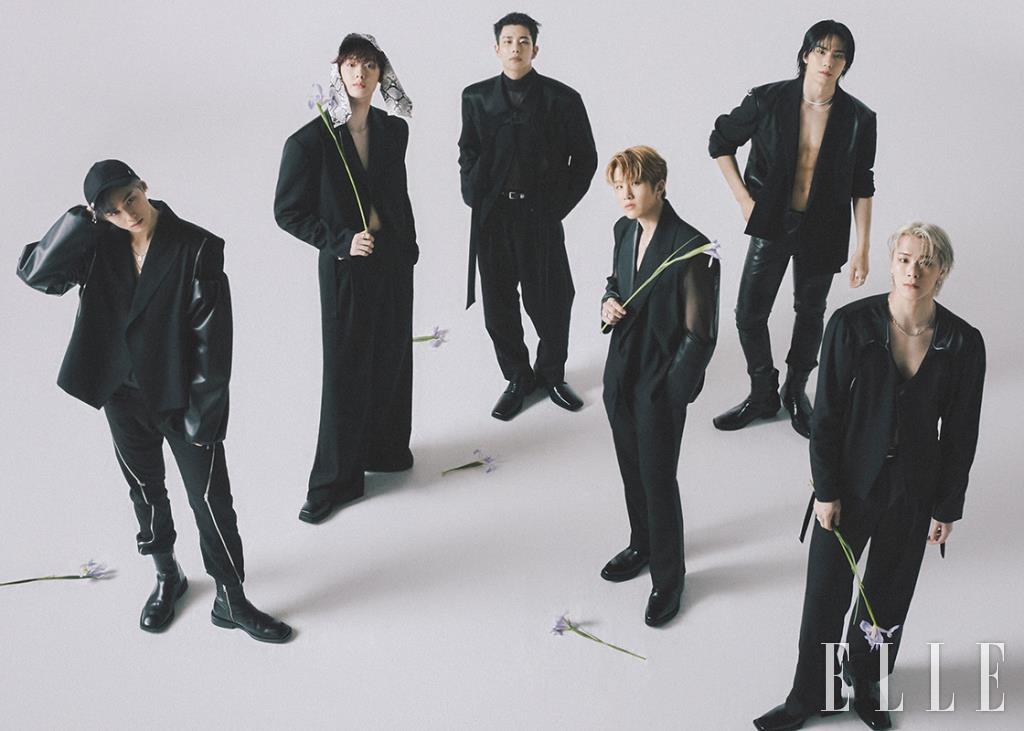 ASTRO
Elle
How does this article make you feel?