5 Real Couples Who Fell In Love On C-Drama Sets

Spring is in the air with flowers blooming, birds chirping happily, and the sun shining brightly. It’s also the season for love! In China, today is May 20 (shortened as 520), known as the second unofficial Valentine’s Day in the country after the Western holiday on February 14. The numbers 5-2-0 are used to express “I love you,” as the pronunciation of the two phrases sounds similar in Mandarin. 520 originated from the Internet and was initially celebrated mainly by millennials and young adults, but now their parents’ generation also celebrate this day, using it as an opportunity to send gifts and messages of endearment to their loved ones.

Love can be found in the most unexpected places, but for many busy actors they will often find real romance with their fellow co-stars. As a way to celebrate 520, we’d like to feature some celebrity couples who found love while filming on set. These couples literally went from reel to real, as they took their on-screen chemistry off-screen. It’s quite rare to find a long term relationship in the fickle entertainment circle, but these five couples proves to us that it is possible! 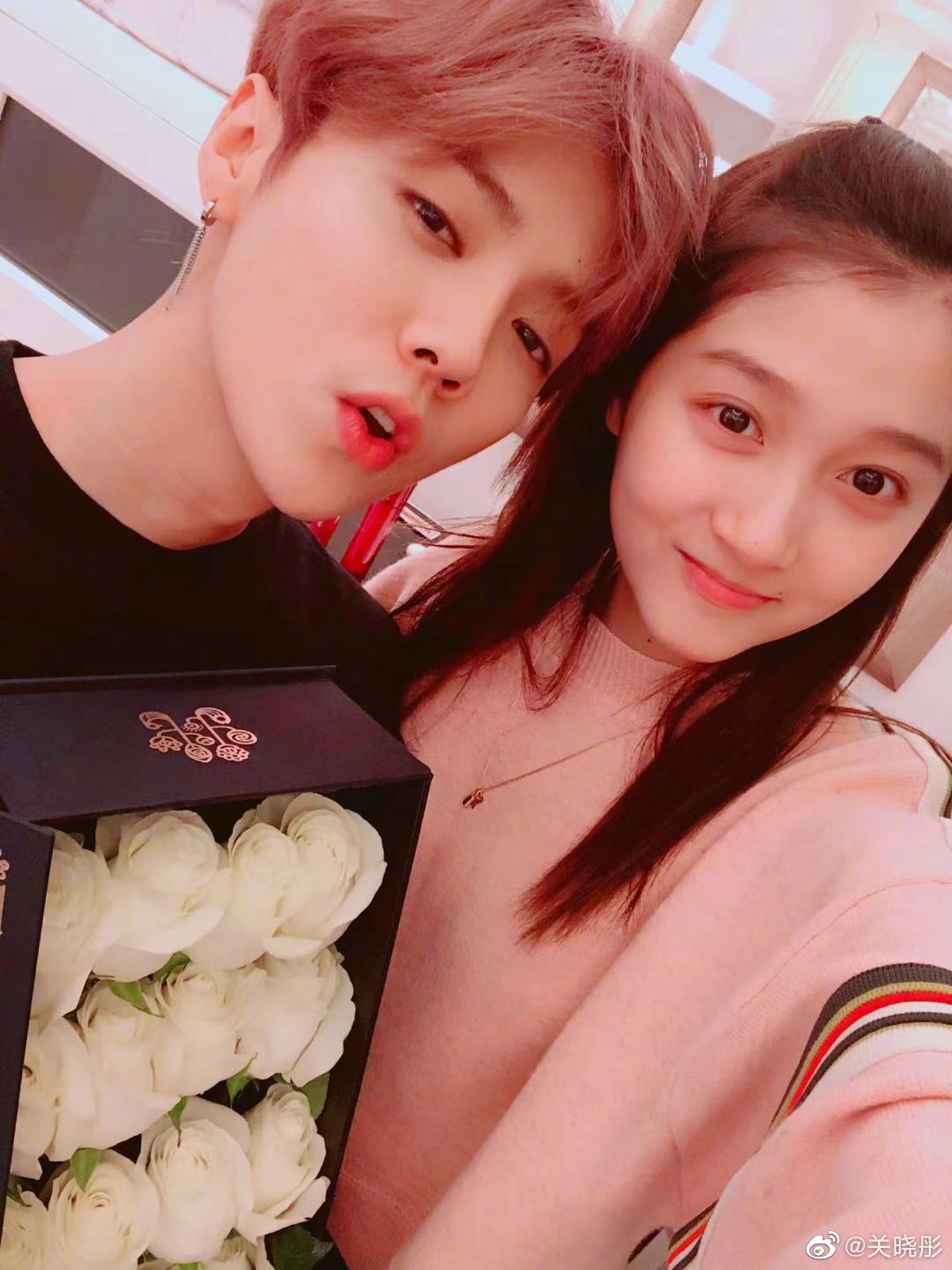 Our first reel-to-real couple is Lu Han and Guan Xiao Tong, who first met while shooting the sports romance drama “Sweet Combat.” Before the drama had aired in 2018, Lu Han dropped the bombshell announcement on October 8, 2017 through Weibo announcing Guan Xiao Tong as his girlfriend. The former K-pop idol and EXO member quite literally broke the internet as the news of the couple trended online, causing Weibo to crash within half an hour with service resuming four hours later. There was backlash from some fans after the news broke out, but millions of other fans offered their best wishes to the lovebirds. 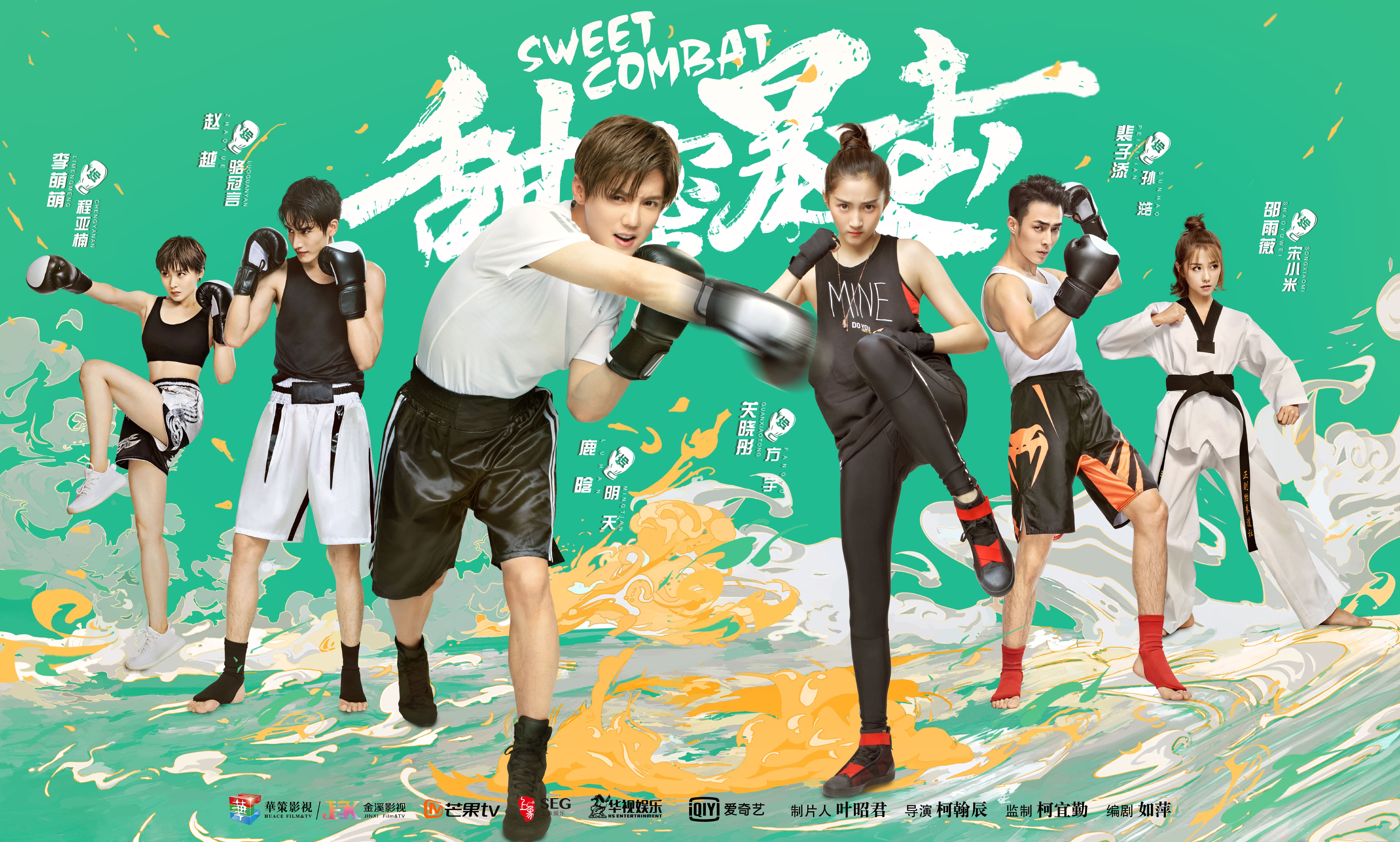 Since announcing their relationship, the couple has the yearly sweet tradition of dedicating birthday posts for each other. Every year breakup rumors continuously circulate about the two, but the pair has never addressed the allegations. This year once again Lu Han and Guan Xiao Tong were plagued with breakup rumors after Guan Xiao Tong failed to post her birthday greeting to Lu Han on April 20 at midnight. However, Guan Xiao Tong shut down the naysayers by posting at 23:31 wishing her beau a happy birthday and shared a photo of the two celebrating Lu Han’s birthday. 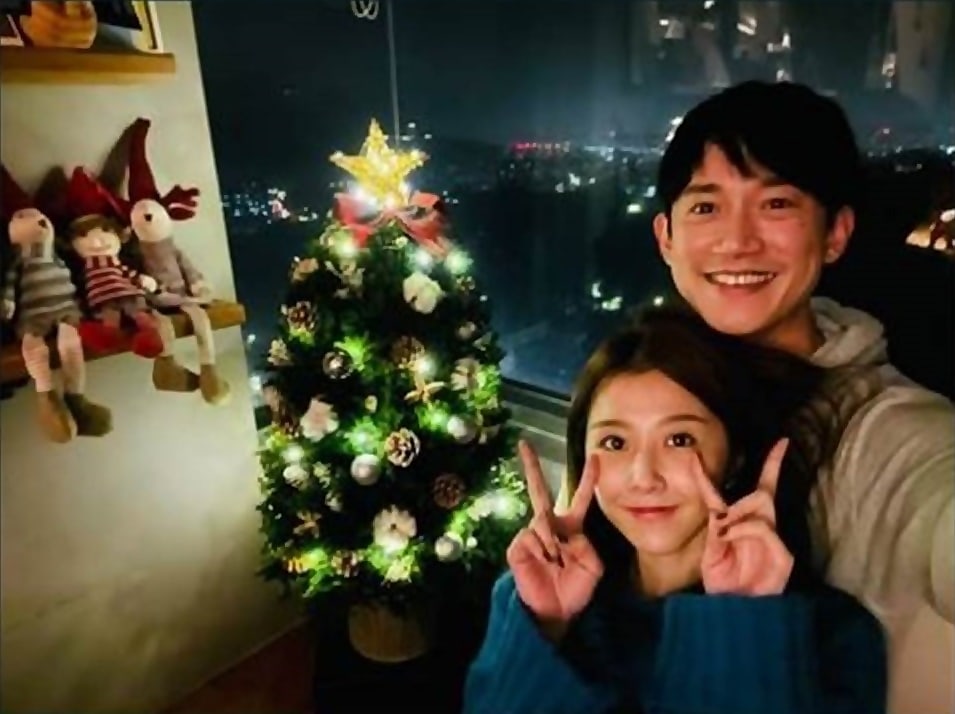 The next couple on our list is Taiwanese stars Ivy Shao and Chris Wu. The two first met while filming the 2017 romantic comedy drama “The Perfect Match” and began dating. However, they broke up shortly after it was revealed they were dating in 2018. Despite the breakup, the two remained best friends. Fast forward to November 2020, the pair were photographed together while attending a musical, leading to rumors of reconciliation. Ivy confirmed the news through her manager, admitting she is dating Chris again. She revealed they decided to rekindle their romance because they still care about each other after the breakup. 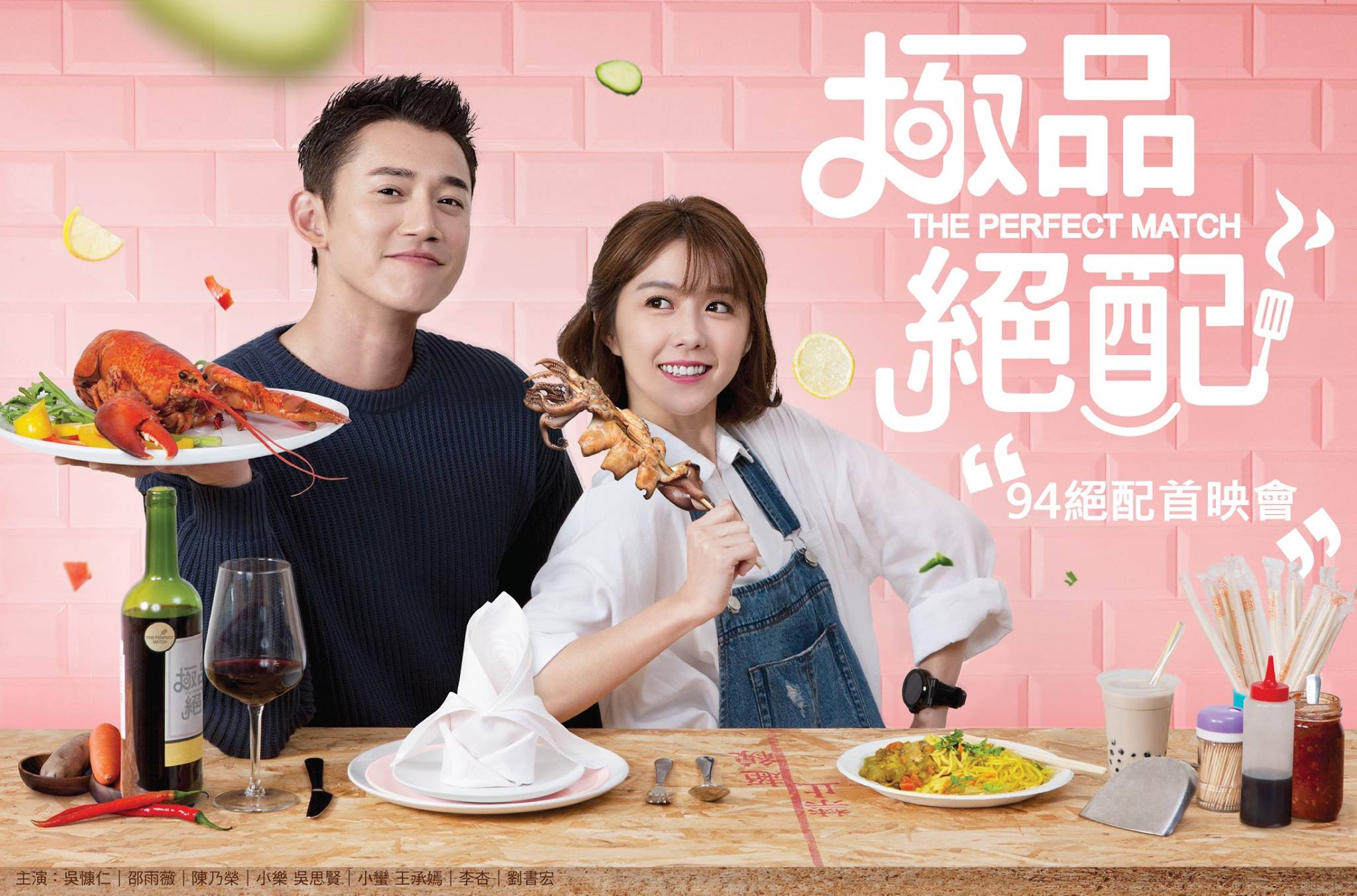 “The Perfect Match” couple’s love is still going strong as Chris recently attended Ivy’s concert on April 30. He arrived backstage 15 minutes before the show started, showing full support for his girlfriend. He shared a photo of Ivy backstage expressing his excitement. Previously, Chris even joked about Ivy not inviting him to be a guest at her concert, as she had already invited her good friend Austin Lin as a guest.

Start watching the pair in “The Perfect Match”: 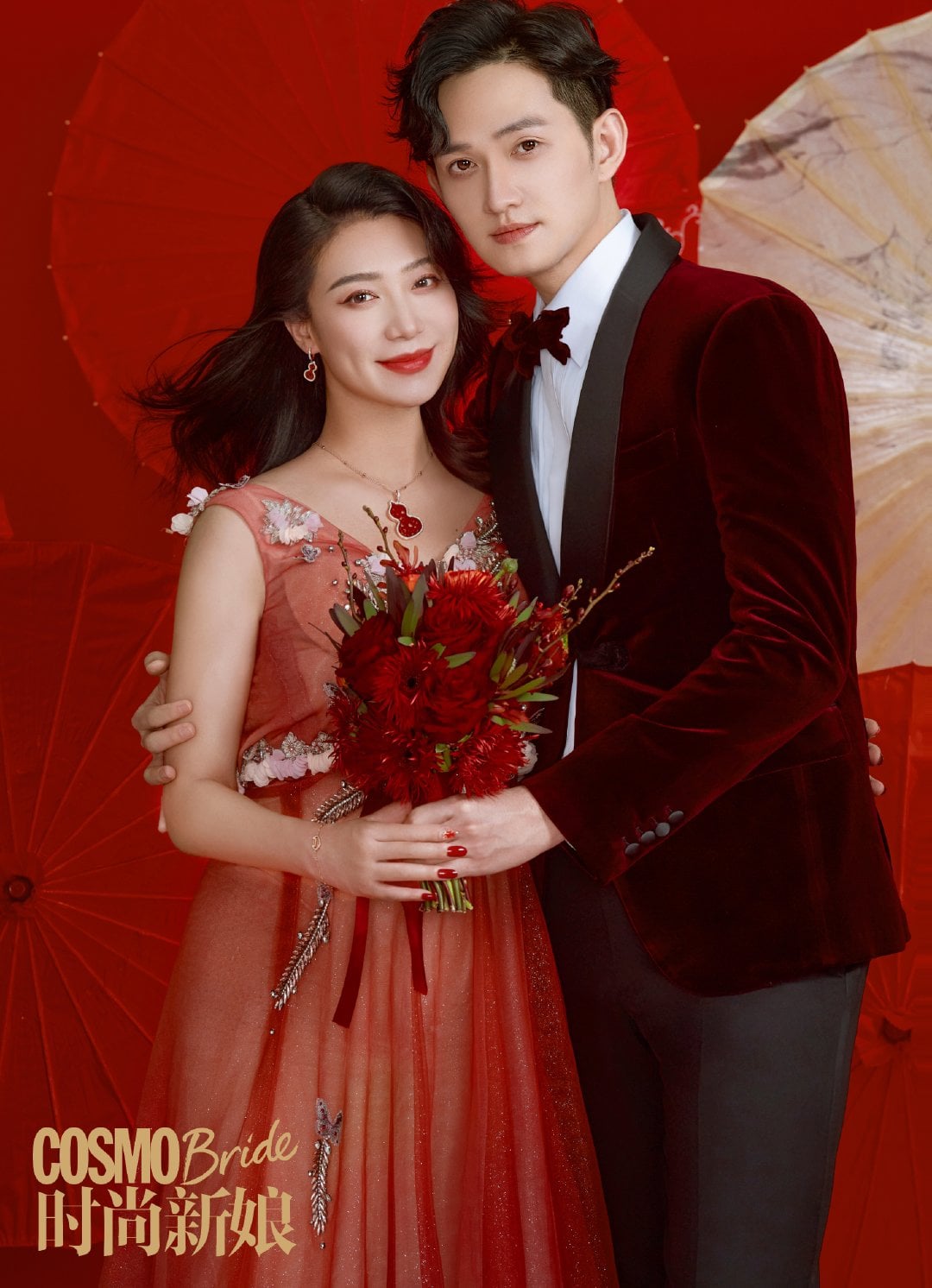 Actor Ma Ke is best known for his breakthrough role in the hit 2015 historical-fantasy drama, “The Journey of Flower.” Back in January of this year, he shocked fans by revealing in a Weibo post that he’s been married to actress Wang Dan Ni for two years. It’s quite amazing to keep the news of his marriage quiet for such a long period especially in the entertainment industry. It was only because he had been photographed having a meal with a pregnant woman, which was revealed to be Wang Dan Ni. This incident lead Ma Ke to reveal the truth to ward off the swirling rumors of his secret marriage. 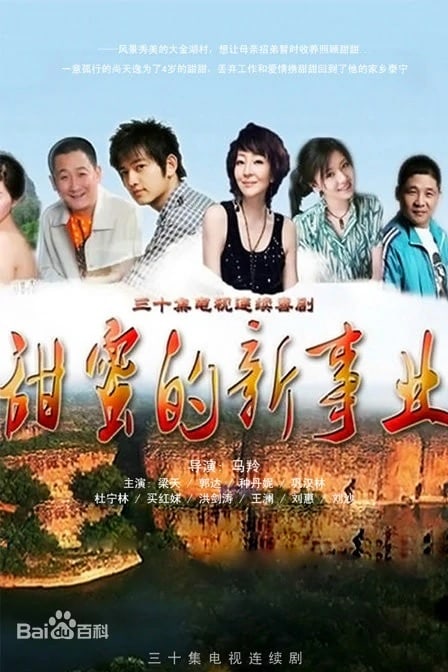 The couple first met on the set of the 2011 modern drama “Sweet New Business.” According to media reports, Ma Ke and Wang Dan Ni have been together for a long time, as early as 2016, when dating rumors of the two first started circulating five years ago. On April 19, Ma Ke announced the birth of his newborn child, adorably nicknamed “little pineapple” on Weibo. Many fans and celebrity friends rushed to congratulate the couple online, including Ren Jia Lun and Ying Er. 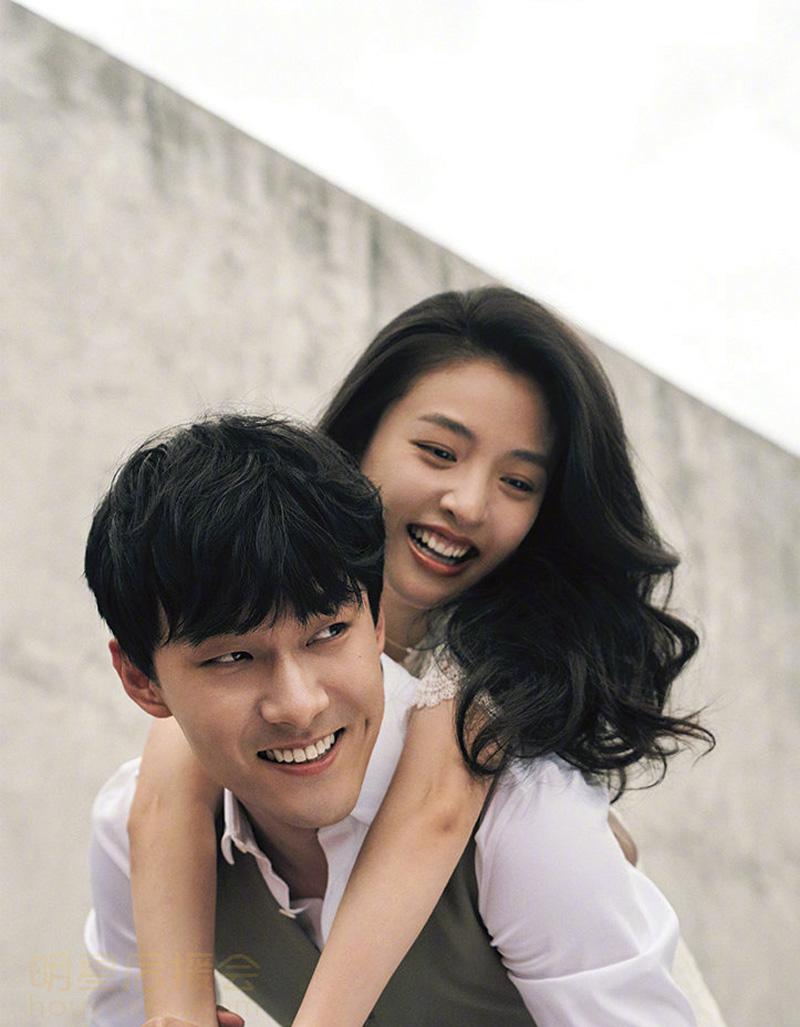 Another reel-to-real couple that ended up in marital bliss is Wu Qian and Zhang Yu Jian. Both stars are managed by Huace Film & TV, and the two worked together in the 2018 historical fantasy drama, “An Oriental Odyssey” as well as the 2019 drama “Le Coupe de Foudre.” Many fans shipped the two after witnessing their incredible chemistry in both dramas. 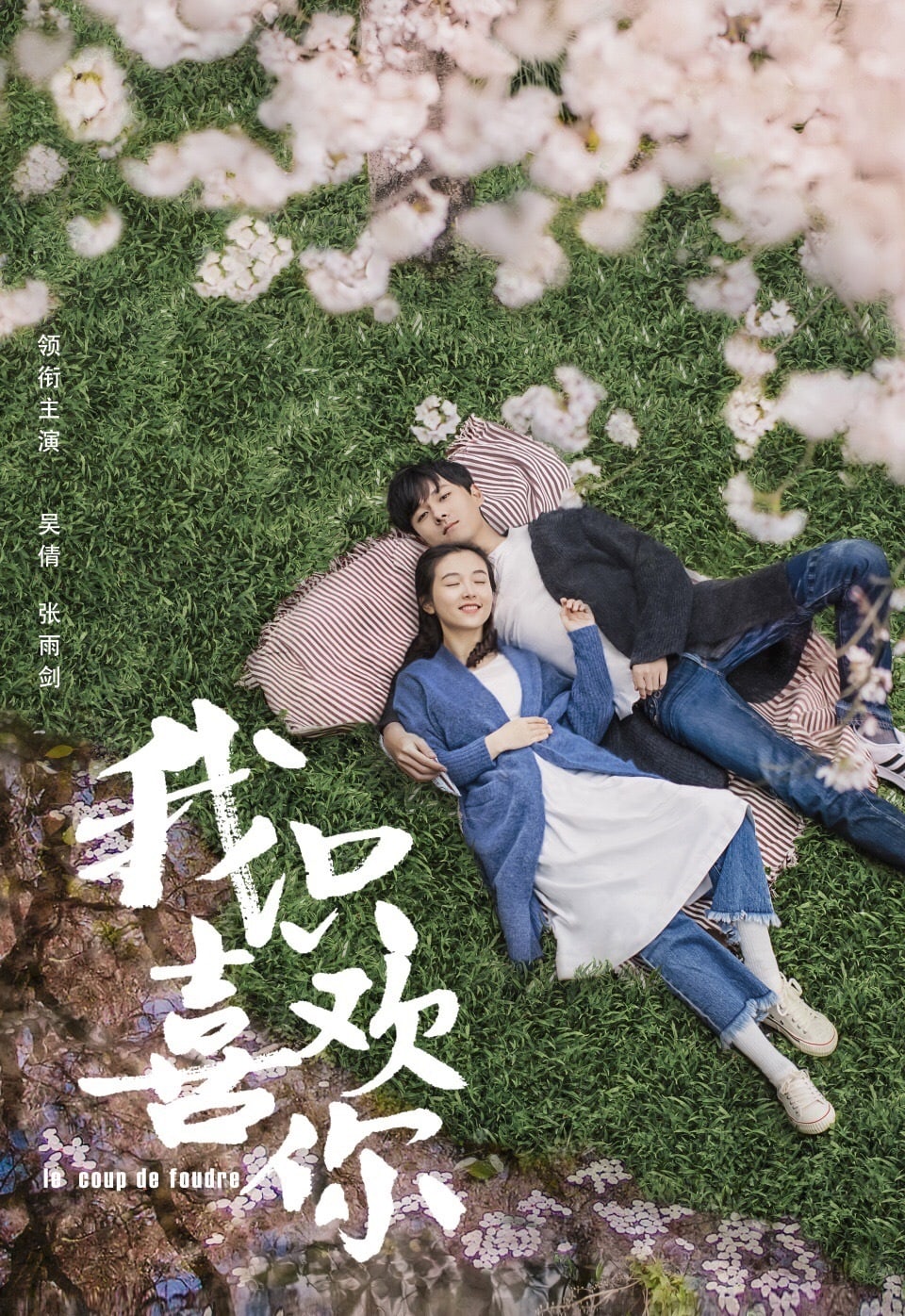 The two were spotted on many occasions on lovey-dovey dates captured by both fans and paparazzi, but neither Wu Qian and Zhang Yu Jian ever confirmed the news. However, in March the paparazzi released photos and videos of Wu Qian out with a baby girl, leading to speculations that Zhang Yu Jian is the father. Later on, Zhang Yu Jian officially addressed the rumors in a Weibo post confirming he is married to Wu Qian and that they have a child together. Fans of the “Le Coupe de Foudre” OTP rejoiced at the news as they became a real couple.

Tavia Yeung and Him Law 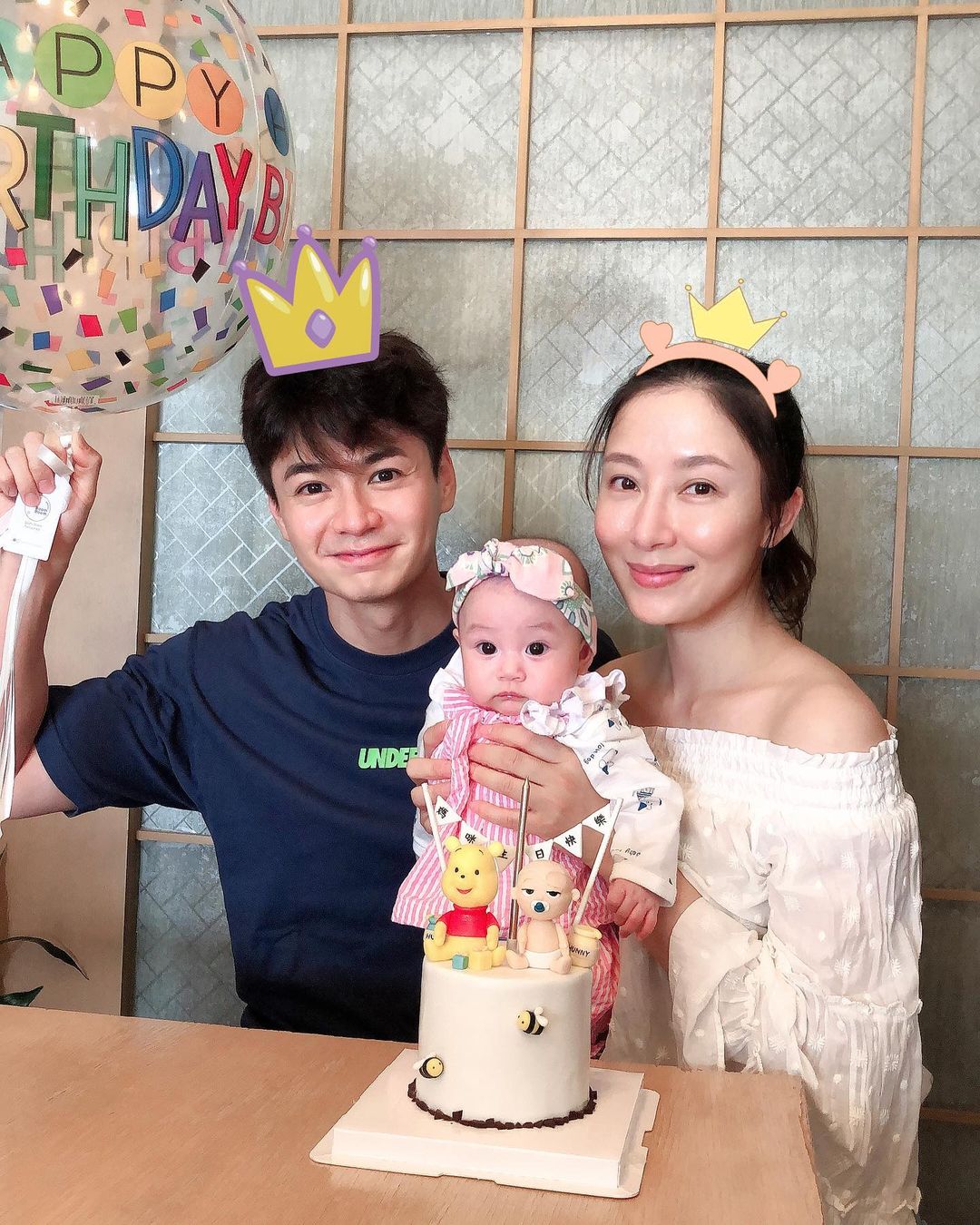 Hong Kong actors Tavia Yeung and Him Law met on the set of the 2012 medical drama “The Hippocratic Crush.” Although the two did not play lovers in the drama, they certainly developed romantic feelings for each other off screen. Initially denying the dating rumors, the pair eventually admitted to being together in 2012. Tavia and Him got married in England in 2016, and in April of last year the couple gave birth to their daughter named Hera. 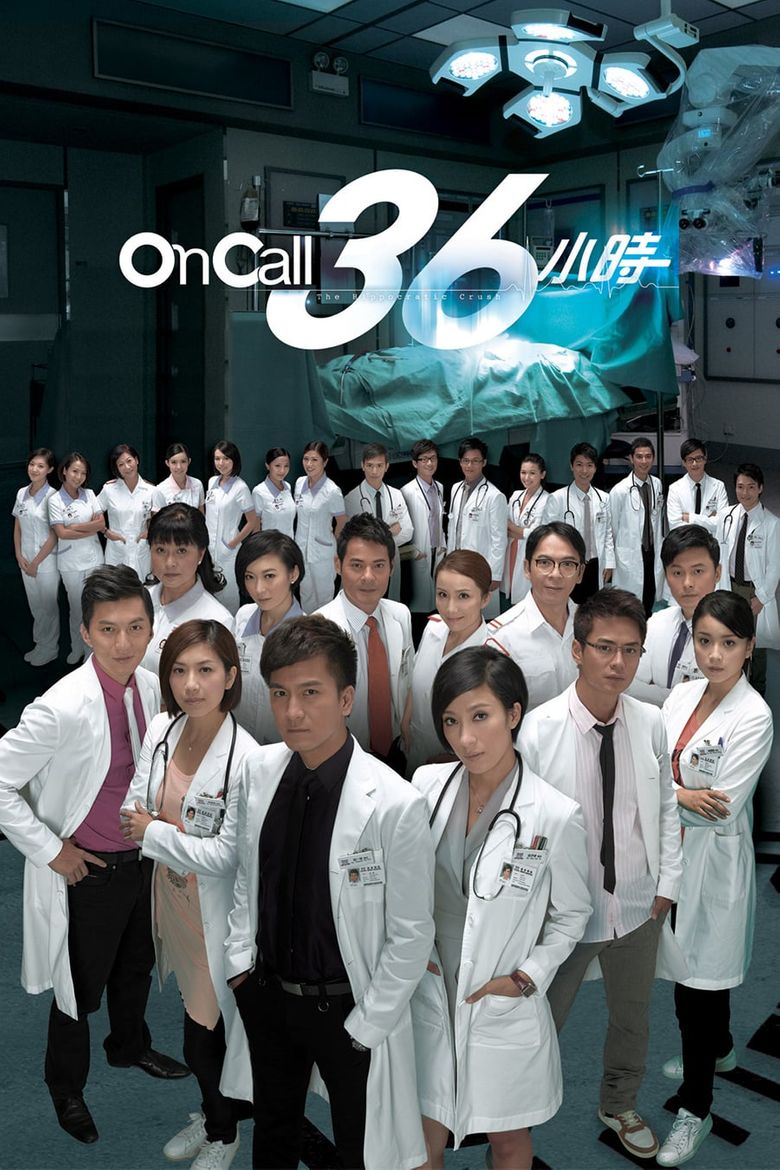 The happy parents recently celebrated Hera’s first birthday last month, and they posted various photos of the happy occasion on social media. In addition, our blissful couple will be starring in the upcoming Hong Kong blockbuster TV drama “Modern Dynasty.” It will be the first time the two are working together in eight years after the second season of “The Hippocratic Crush” in 2013. Unfortunately, just like “The Hippocratic Crush,” the two will not be playing a couple. Nonetheless, fans are happy to see Tavia and Him onscreen again in a Hong Kong production, and this will be Tavia’s drama comeback since becoming a mother.

Hey Soompiers, who is your favorite “reel to real” couple? Have you watched their dramas? Let me know in the comments below!

Currently watching: “Miss Crow With Mr. Lizard” “Octogenarians and the 90s” and “So I Married The Anti-Fan”
All-time favorite dramas: “Go Ahead,” “Nirvana In Fire,” “Queen In Hyun’s Man,” “A Witch’s Romance,” “Love O2O,” “Skate Into Love” and “My Mr. Mermaid”
Looking forward to: “Ancient Love Poetry,” “Glory of the Special Forces,” and “The Oath of Love”