On May 5, WOODZ announced that his official colors are Pantone 1505C and Pantone 2736C.

The singer’s formal announcement explained that the colors represented “the seaside at sunset, the color of the sea at twilight.”

WOODZ previously revealed the design for his official light stick—which incorporates both of his new colors—last month. 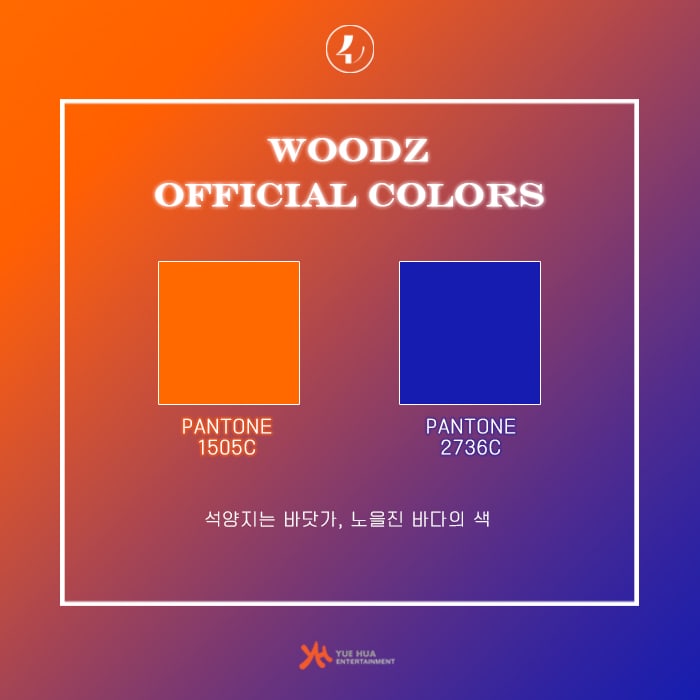 What do you think of WOODZ’s new official colors?