tvN has unveiled a new poster for its upcoming drama “My Roommate Is a Gumiho”!

Based on a popular webtoon, “My Roommate Is a Gumiho” is a romantic comedy about a 22-year-old college student named Lee Dam (played by Girl’s Day’s Hyeri), who accidentally swallows the marble of a 999-year-old male gumiho (a mythological nine-tailed fox) named Shin Woo Yeo (played by Jang Ki Yong), who was close to achieving his goal of becoming human. If a human swallows a gumiho’s marble, they can only live for one year, after which the marble will break—preventing the gumiho from ever becoming human.

In the newly released poster, Shin Woo Yeo reveals his true supernatural nature to Lee Dam by unfurling his white tails in front of her. As Lee Dam stares at him in shock, Shin Woo Yeo makes an unusual proposition: while the two of them figure out a way to extract the marble from Lee Dam’s body before the year is up, he suggests that they move in together.

Although the proposed living arrangement would be strictly out of necessity—given the life-and-death stakes at hand—the look in Shin Woo Yeo’s and Lee Dam’s eyes as they gaze at one another hints at the potential romantic chemistry between the future roommates.

The poster’s caption reads, “Out of the blue, I suddenly wound up living with a gumiho.” 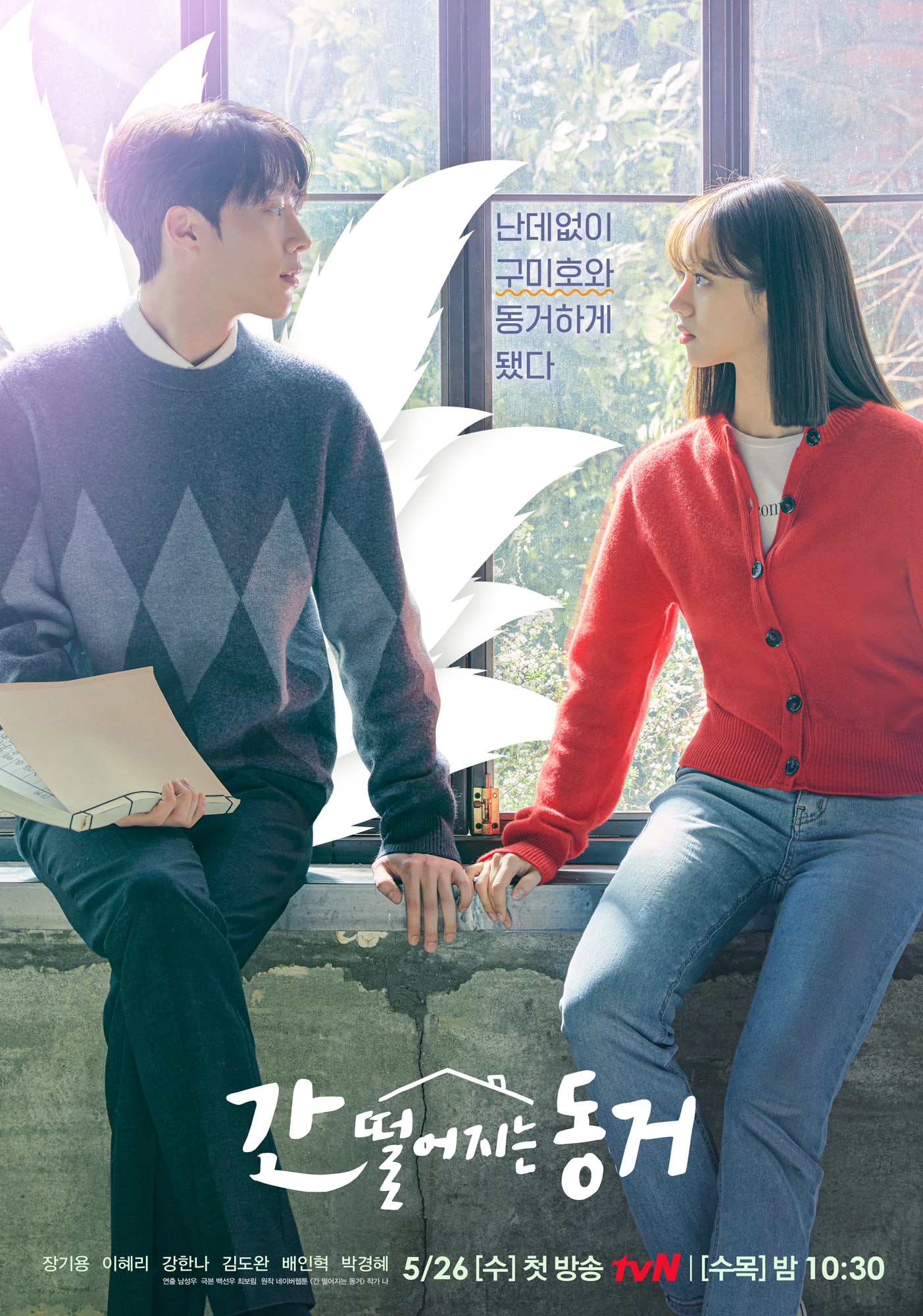 While you wait for “My Roommate Is a Gumiho,” watch Jang Ki Yong in “Born Again” with subtitles below: