T-ara’s Eunjung shocked FTISLAND’s Lee Hong Ki by sharing that she once texted someone who was pretending to be him for several days!

Both stars appeared as guests on the latest episode of MBC’s “Radio Star,” where Lee Hong Ki mentioned that Eunjung had starred in more than one FTISLAND music video back when she was still a trainee.

“Our music videos for ‘Love Sick’ and ‘Thunder’ were a series,” explained Lee Hong Ki, “and [Eunjung] played the female lead in them.”

However, it quickly became apparent that despite this past connection, the two singers weren’t especially close—after Lee Hong Ki explained that Eunjung was older than him, the two guests amused the hosts by awkwardly attempting to figure out their age difference on the spot.

Eunjung then revealed, “Even though we don’t really know each other well and we don’t even have each other’s numbers, I personally feel like I’m acquainted with Hong Ki. Because I once chatted with someone impersonating Hong Ki for several days.” 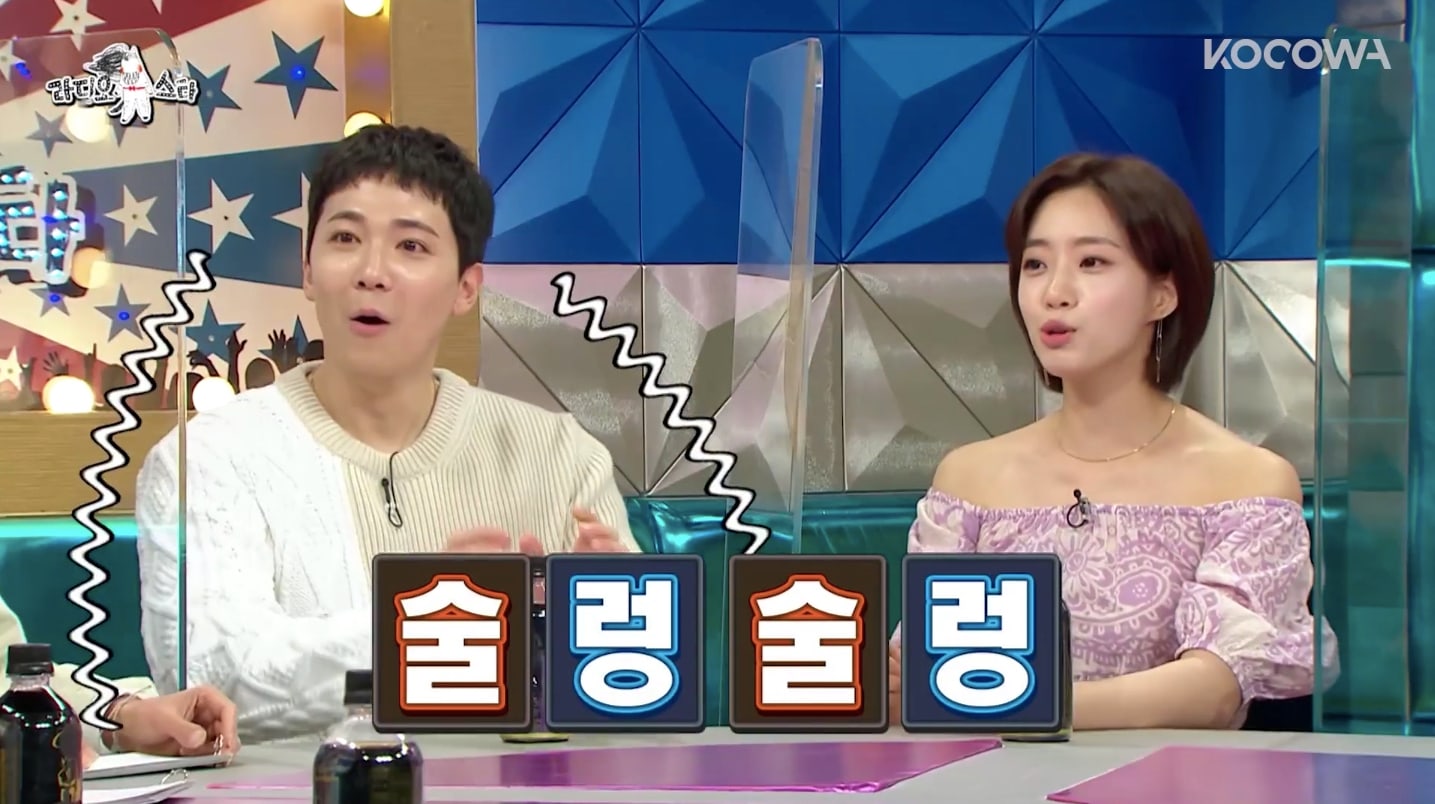 Lee Hong Ki exclaimed in shock, “Wait, what?!” and Eunjung continued, “Yes, I talked to them thinking that they were Lee Hong Ki. It started at a Dream Concert. FTISLAND was ahead of us in the rehearsal lineup, and for some reason, their rehearsal took a really long time that day.”

“Later, when I came back to our dressing room,” she went on, “I had a text message from an unknown number saying, ‘Noona, this is Hong Ki.’ I wrote back, saying things like, ‘Your rehearsal took a long time today,’ and he replied, ‘Yeah, we had a lot to do today.’ So I kept chatting with him, and and I said, ‘I’ll see you later.'”

As Lee Hong Ki listened in disbelief, Eunjung continued, “That was the dry rehearsal, and when ihe camera rehearsal rolled around, [Lee Hong Ki] was in front of me again. So I said, ‘Hey, Hong Ki!’ But he just bowed awkwardly and left. So when I got back to the dressing room, I asked, ‘Why did you greet me like that earlier?’ and he replied, ‘Because there were so many people around.'”

The hosts exclaimed, “So it must have been someone who was nearby!” Eunjung went on to recall that after the concert was over, she attempted to make eye contact with Lee Hong Ki and say hello, but that he just left without greeting her.

Lee Hong Ki jokingly commented, “This must be why I don’t have a very good image.” 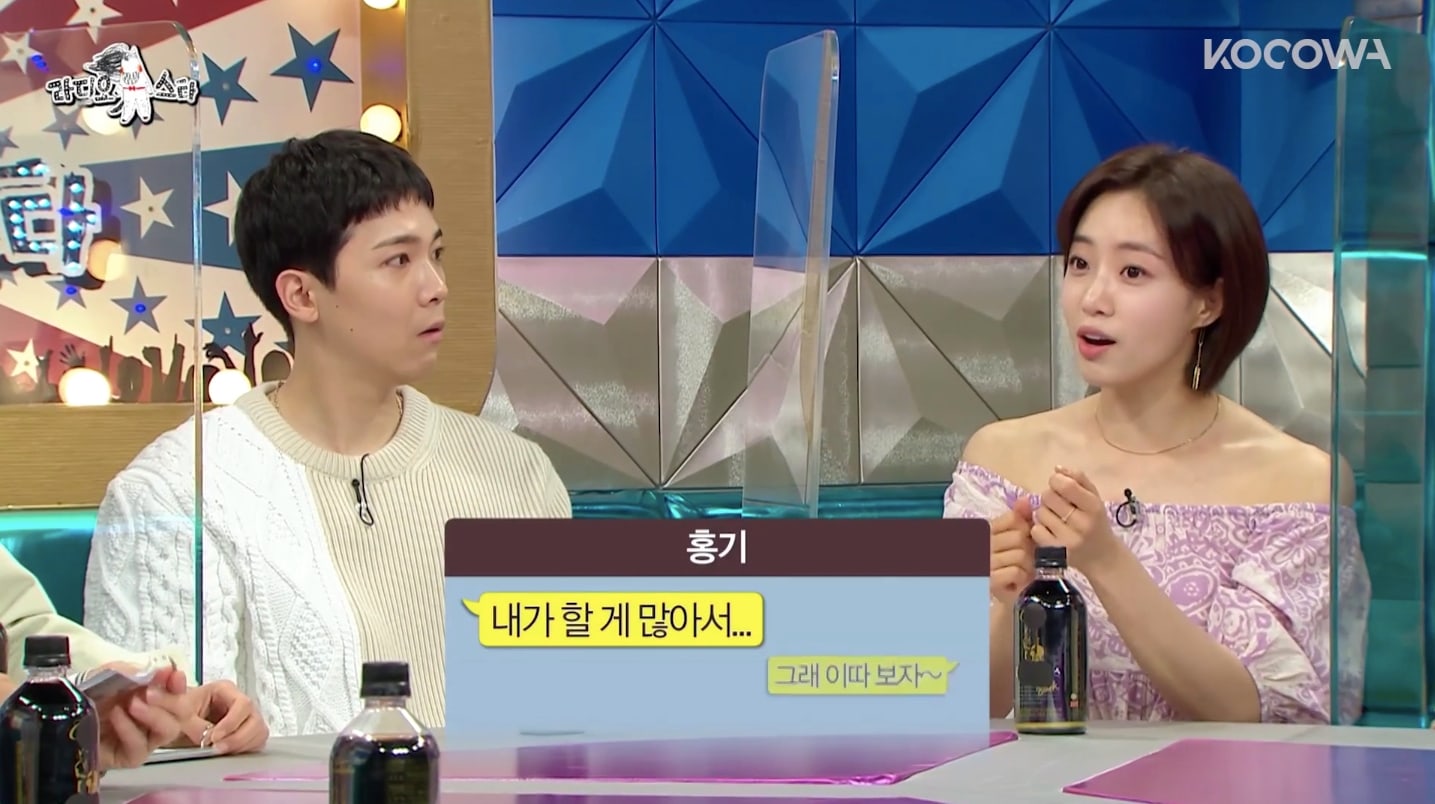 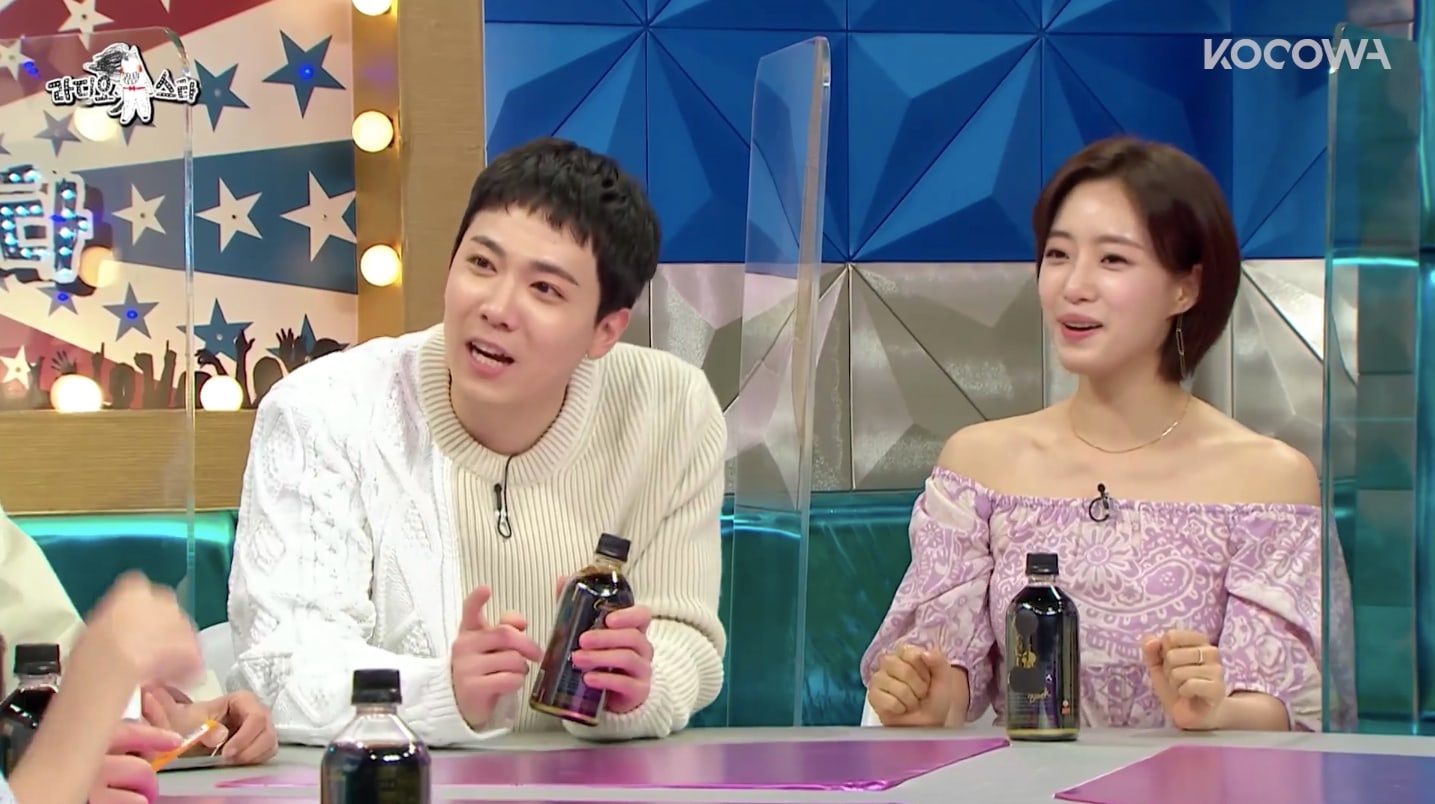 In the end, Eunjung revealed, “Something felt fishy, so I asked that person, ‘You’re not Hong Ki, are you?’ Then, all of a sudden, they changed their KakaoTalk profile picture to their own photo. It turned out to be a non-celebrity. But I felt really close with Hong Ki for half a day.” 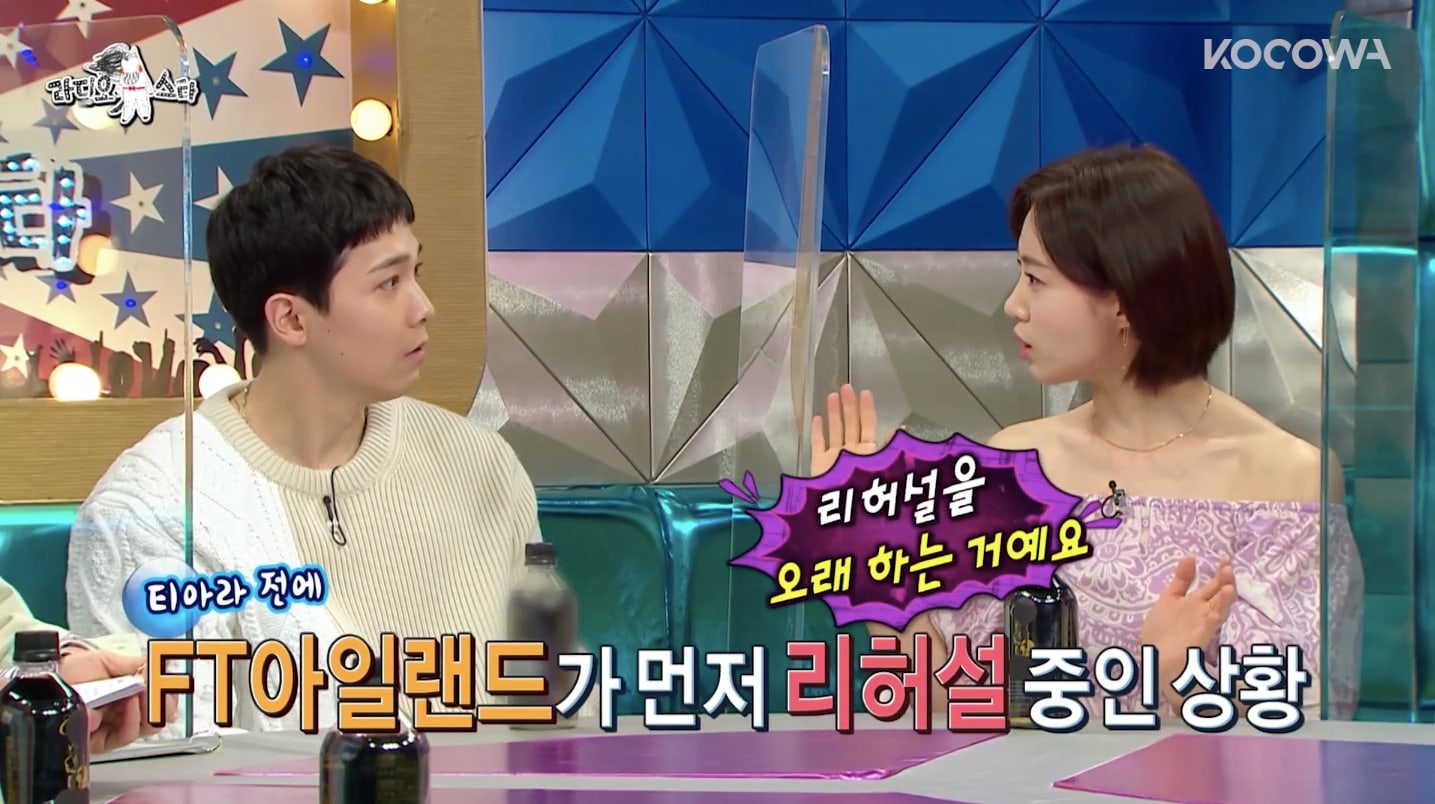 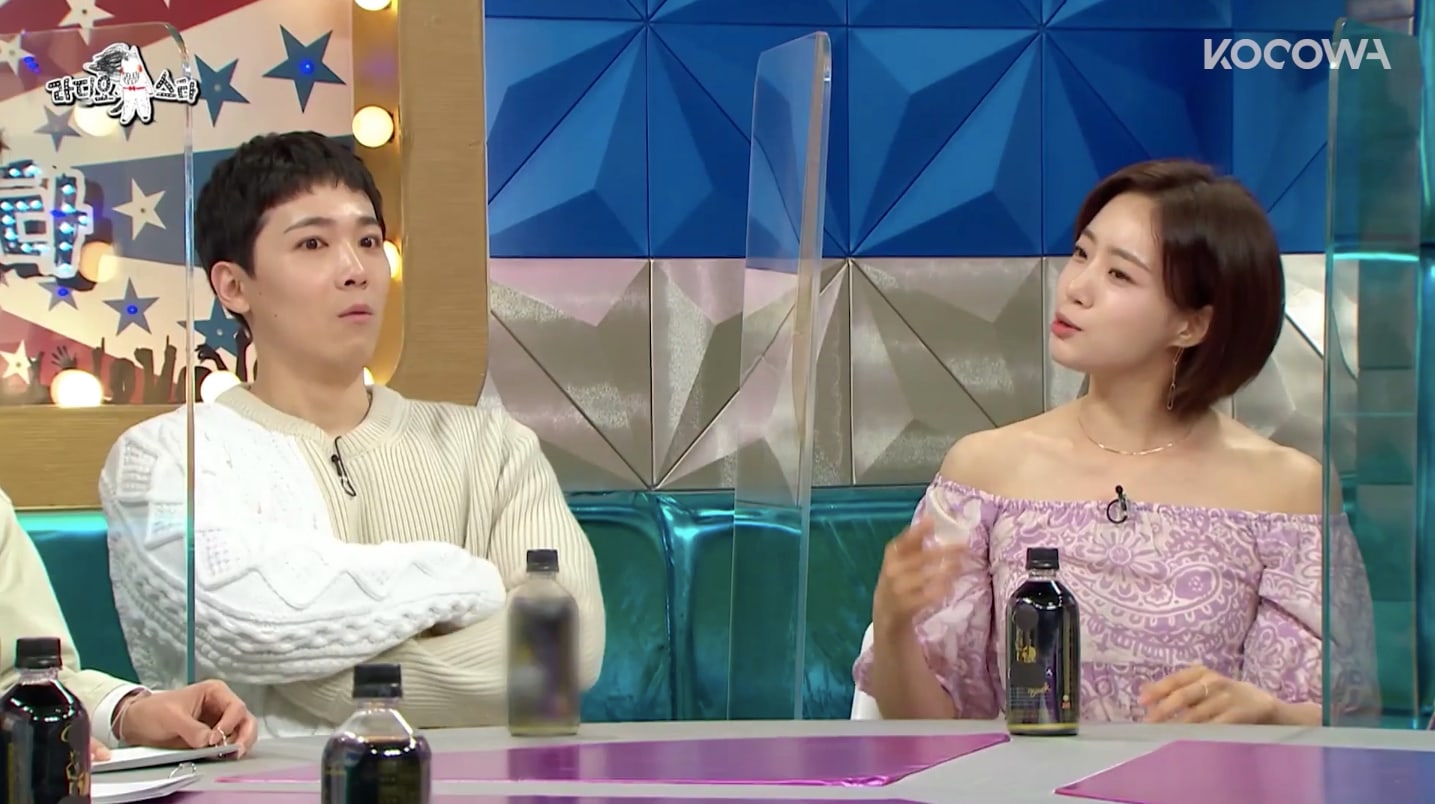 Watch the full episode of “Radio Star” with English subtitles below!