Na In Woo Talks About Difficulties Filming “River Where The Moon Rises,” Training At JYP With TWICE’s Jeongyeon, And More

Na In Woo spoke about the difficulties he faced while filming “River Where the Moon Rises,” his time as a JYP trainee, and more on the latest episode of “Radio Star”!

On May 12, Na In Woo appeared as a guest on MBC’s “Radio Star” alongside Jung Joon Ha, Kim Jong Min, and KCM.

Most recently, Na In Woo appeared in the KBS drama “River Where the Moon Rises,” which concluded in April. He belatedly joined the production as lead On Dal, replacing Ji Soo, who stepped down from the drama after a school violence controversy.

During the show, he spoke about how he was cast, sharing, “I was in the middle of filming a different movie when I got a call from my agency asking to meet because they had something to say. I was nervous, thinking I had done something wrong or that there was a problem.”

Na In Woo continued, “So I went, and they said that there was a drama whose lead had stepped down. If I just gave the OK, they said I’d be in [as the lead].” He went on, “As such a situation happened to a public broadcast, I wanted to responsibly take on the challenge as someone who loves acting and finds happiness in acting.”

The hosts asked whether Na In Woo was enjoying his growing popularity, to which he responded, “Popularity is honestly something that can disappear whenever, so I always try to maintain my composure. I try to do that because I think you need to maintain your composure to last a long time [in the industry].”

The actor also revealed the hardships that came with joining the show late, sharing, “Since I immediately had to film a lot of scenes, there was no time to look at the script. It was a situation where 80 percent was improvisation. Since my schedule was so urgent, I wasn’t eating properly, so I lost 8 kilograms [approximately 17 pounds] in a month and a half.” 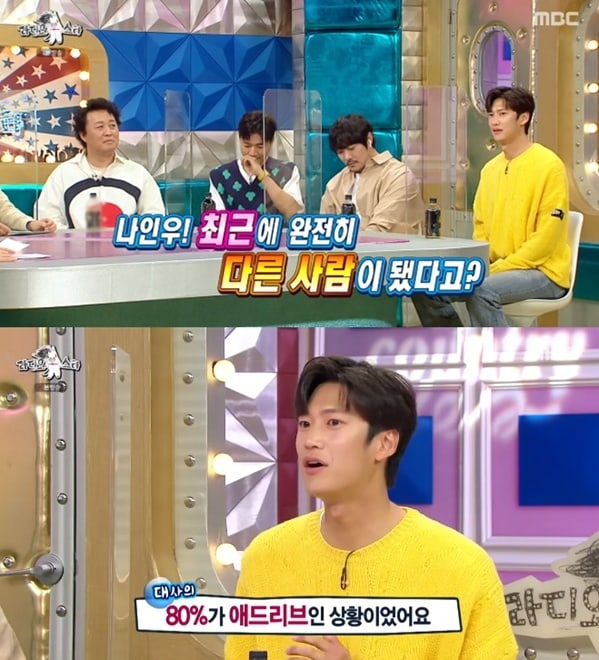 Na In Woo continued to surprise his audience by explaining that even after the drama concluded, filming did not stop. He elaborated, “We agreed to film starting from Episode 7, but since it went well, the director requested that we re-film Episodes 1 through 6.”

Later, Na In Woo showed off his skills on the guitar and talked about his time as a trainee at JYP Entertainment.

Explaining how he first stepped into the entertainment industry, the actor shared, “I went to Suwon Station to meet a friend. After we hung out, I got on the bus, and a lady grabbed my hand to give me her business card. She turned out to be an SM Entertainment casting director.”

Na In Woo added, “I went for an audition but since I couldn’t dance, it obviously didn’t go well. However, I guess that lady liked me, as she recommended JYP Entertainment to me.” He went on to reveal, “During my time at [JYP], I trained with TWICE‘s Jeongyeon.” 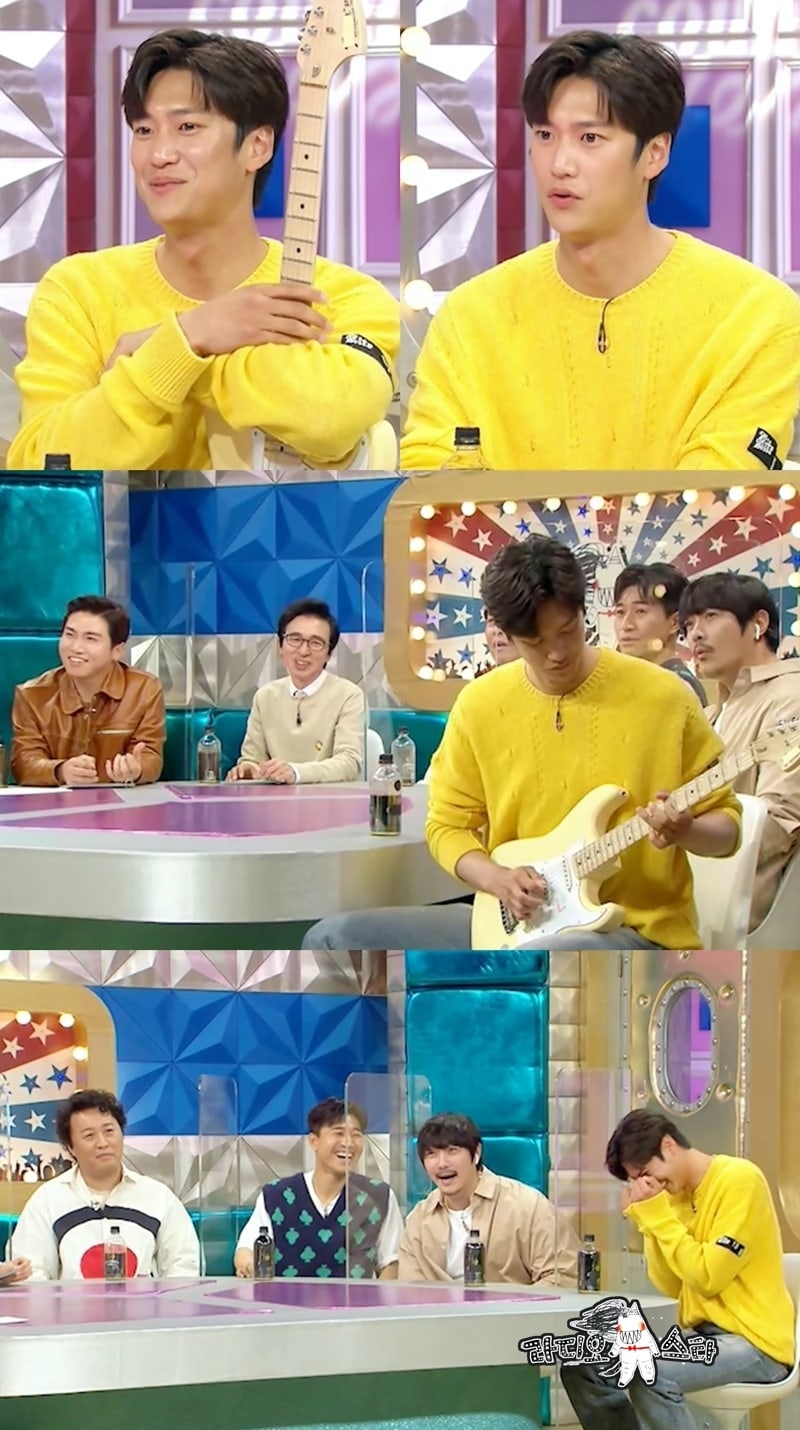 Watch “River Where the Moon Rises” with subtitles below!

Radio Star
Na In Woo
River Where the Moon Rises
How does this article make you feel?