Lee Je Hoon is on the cover of The Big Issue Korea’s 251st issue!

Currently, the actor is starring in the hit SBS drama “Taxi Driver,” and his Netflix original series “Move to Heaven” will be released on May 14.

In the interview after the photo shoot, Lee Je Hoon talked about “Move to Heaven.” 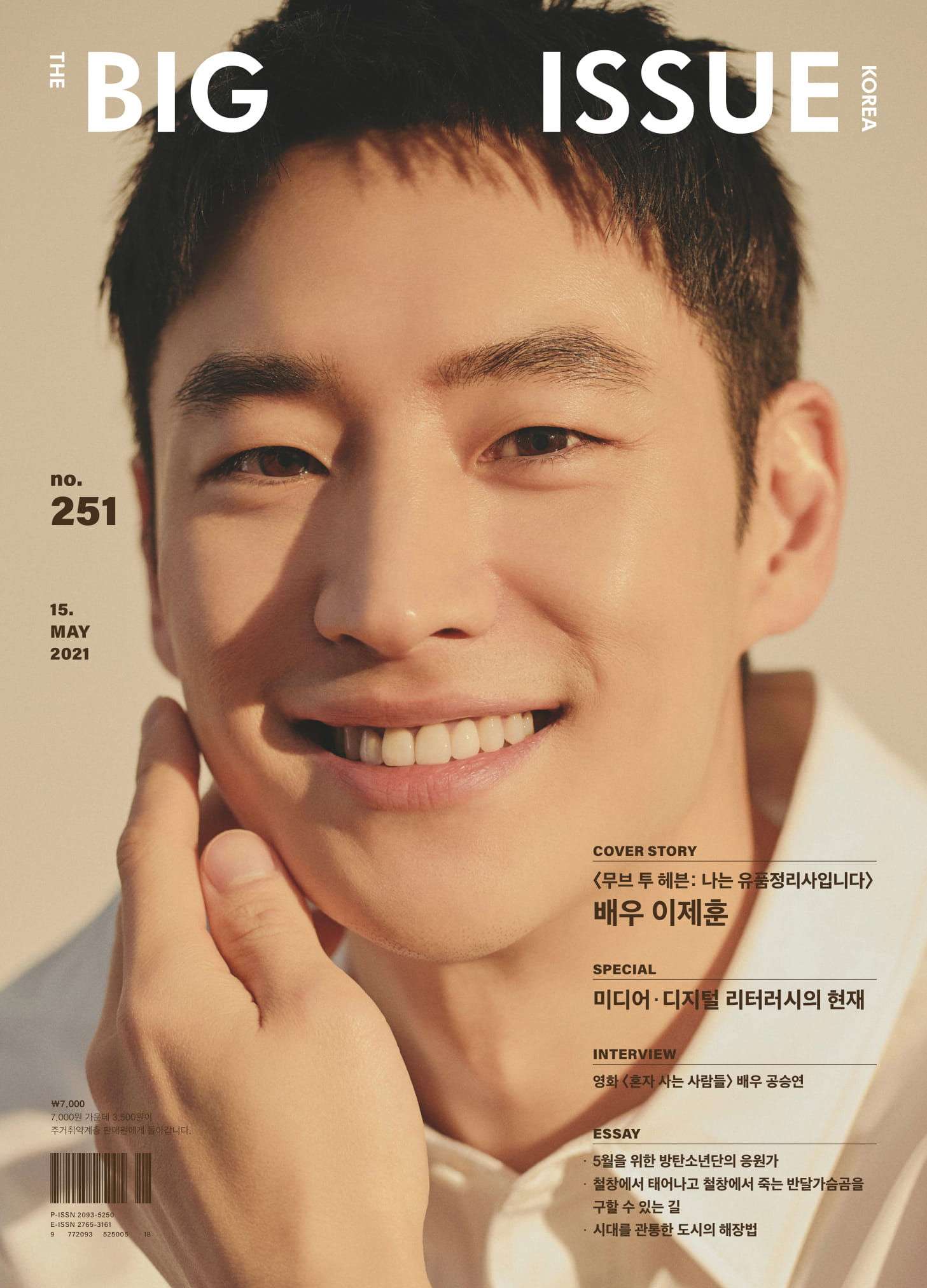 “Move to Heaven” is about an ex-convict with a hopeless future named Jo Sang Gu (Lee Je Hoon) who suddenly becomes the guardian of Han Gu Ru (Tang Jun Sang), his nephew with Asperger’s syndrome. Together, they work as “trauma cleaners,” people who clean up crime scenes and organize the belongings of the deceased. Through the experience, they learn about the importance of life and death as well as family and communication.

Lee Je Hoon commented, “When I first read the script, I wondered if I’ve ever felt this much sympathy and shed this many tears while reading a scenario. It’s a very good human drama, so I hope many people watch it.”

For this drama, Lee Je Hoon made a drastic transformation with his hair and worked hard to portray a new character he has never portrayed before. He also learned a lot about trauma cleaners as well as Asperger’s syndrome through this heartfelt experience.

The actor added, “Various events in our society are genuinely incorporated in this drama.”

In the meantime, watch “Taxi Driver”:

Lee Je Hoon
The Big Issue Korea
Move to Heaven
How does this article make you feel?