As SBS’s “The Penthouse” gears up for its highly-anticipated third season, star Kim So Yeon has shared her personal hopes and predictions for “The Penthouse 3”!

In a new video posted on the lifestyle YouTube channel “monotube,” Kim So Yeon talked about her smash hit drama “The Penthouse” and her now iconic character Cheon Seo Jin.

Revealing that she just found out she was nominated for Best Actress at the Baeksang Arts Awards the day before, Kim So Yeon remarked with a shy laugh, “I got so many texts yesterday… I can’t believe I was nominated. My older sister texted me to say, ‘How did this happen? How did you get nominated?'”

As the video’s caption noted, following the filming of the interview, Kim So Yeon went on to win Best Actress at the 57th Baeksang Arts Awards for her performance in “The Penthouse.” 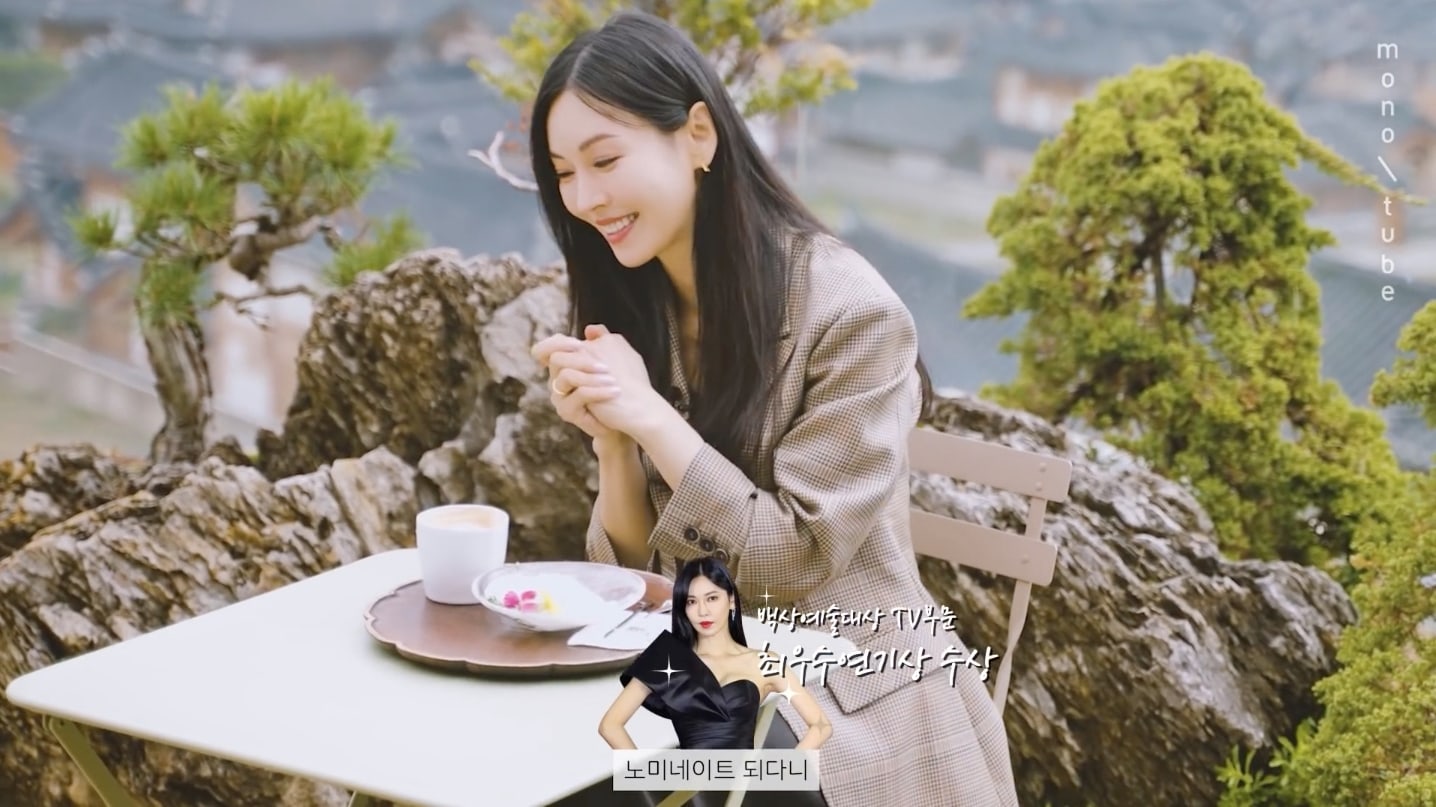 Spoilers for “The Penthouse 2”

When asked about her legendary scene in “The Penthouse 2” where she hilariously pretends to act badly after the police show up to arrest Joo Dan Te, Kim So Yeon commented, “I’m really invested when it comes to comedic acting. I love comedy so much, and I really want to do a sitcom.”

“Of course, I’ve been in a sitcom before,” she added, “but I was too young back then, so I didn’t go all the way [in terms of comedy]. If I did one now, I’d be able to be much funnier and really enjoy filming. I really want to try doing a sitcom. I think something keeps pulling me towards comedy.”

As for which of her “The Penthouse 2” co-stars she had the best acting chemistry with, Kim So Yeon replied, “I had great [acting chemistry] with Yoon Hee [S.E.S.’s Eugene]. Honestly, I had good teamwork with everyone. Joo Dan Te [Uhm Ki Joon], Ha Yoon Cheol [Yoon Jong Hoon], everyone.”

Praising the cast’s thoughtful and considerate manner, she continued, “Even though the drama’s been filming for a long period of time, there’s never been any trouble between the actors.”

When asked which character she hopes to share more scenes with in “The Penthouse 3,” Kim So Yeon responded, “In Season 3, I’d like to have more [scenes] with Ha Yoon Cheol, because I feel like things weren’t resolved between [Cheon Seo Jin] and Dr. Ha in Season 2. I think there’s still something remaining between them.” 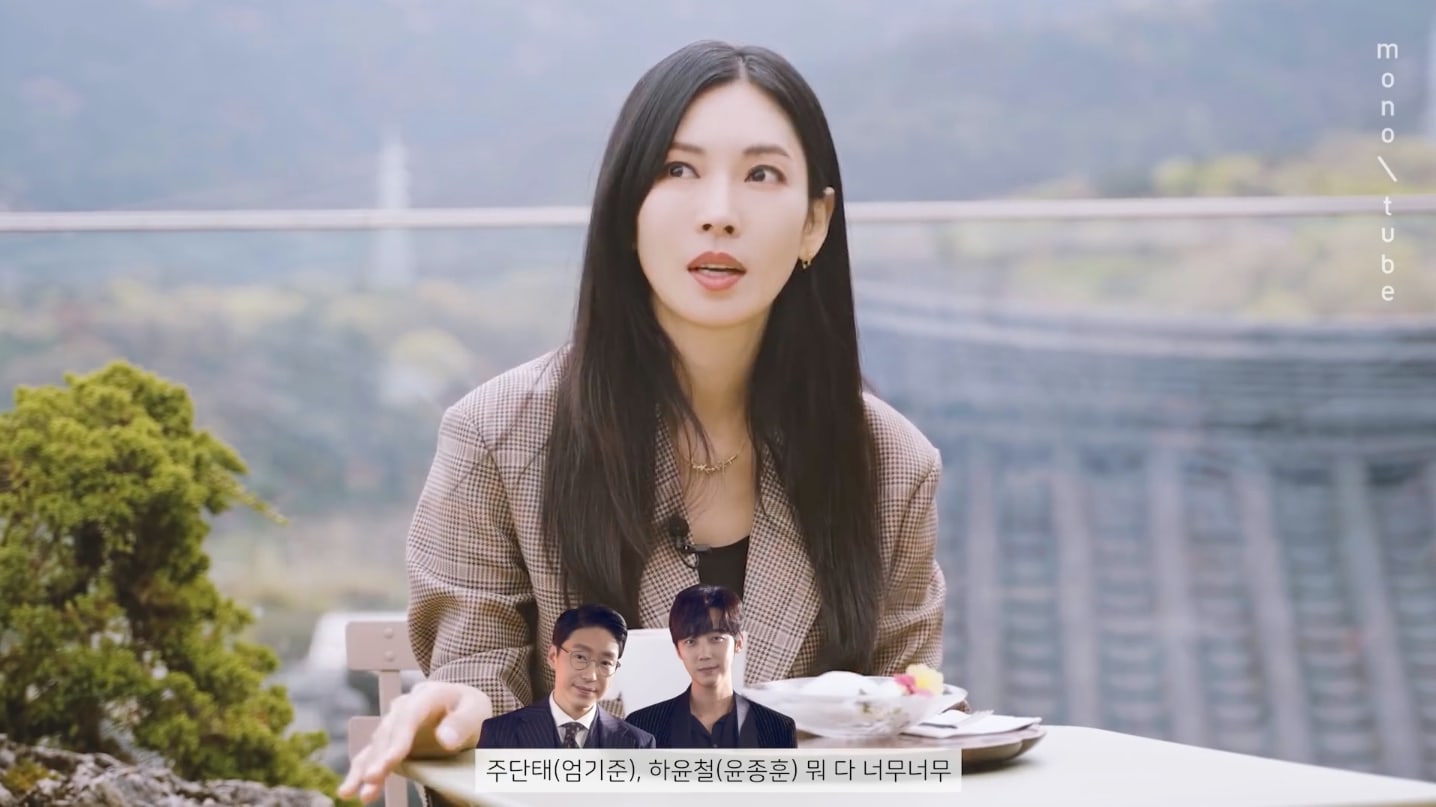 In terms of her predictions for Season 3, Kim So Yeon guessed, “Wouldn’t Cheon Seo Jin be released from prison early? Even though she shouldn’t be? I think she might let go of everything, but hold on to the Cheong Ah Foundation no matter what.”

As for her on-screen daughter Ha Eun Byeol, she jokingly added, “Where did Eun Byeol go? I saw some people speculating that Jin Boon Hong is Eun Byeol’s birth mother. That’s complete nonsense! It can’t be true! Eun Byeol is my daughter!” 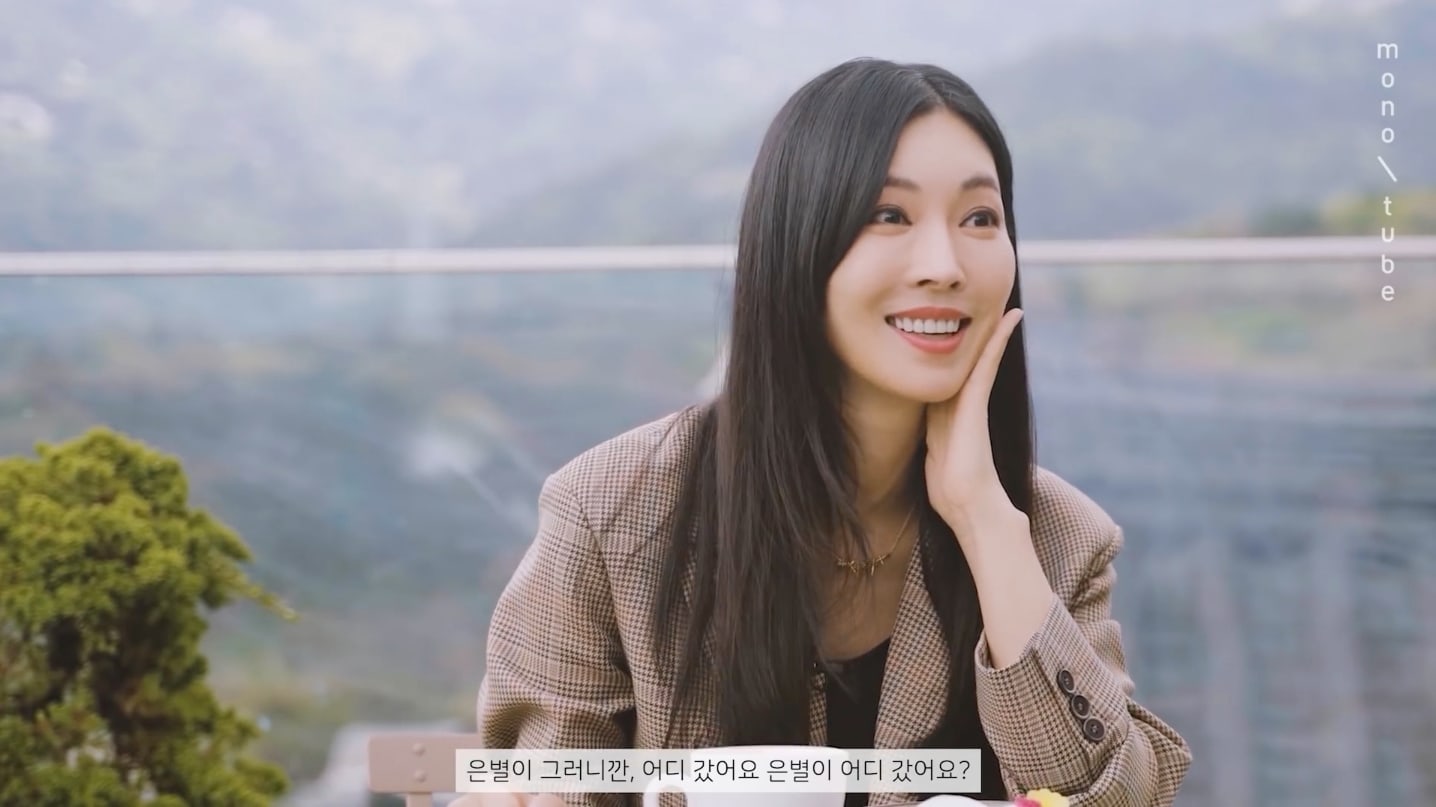 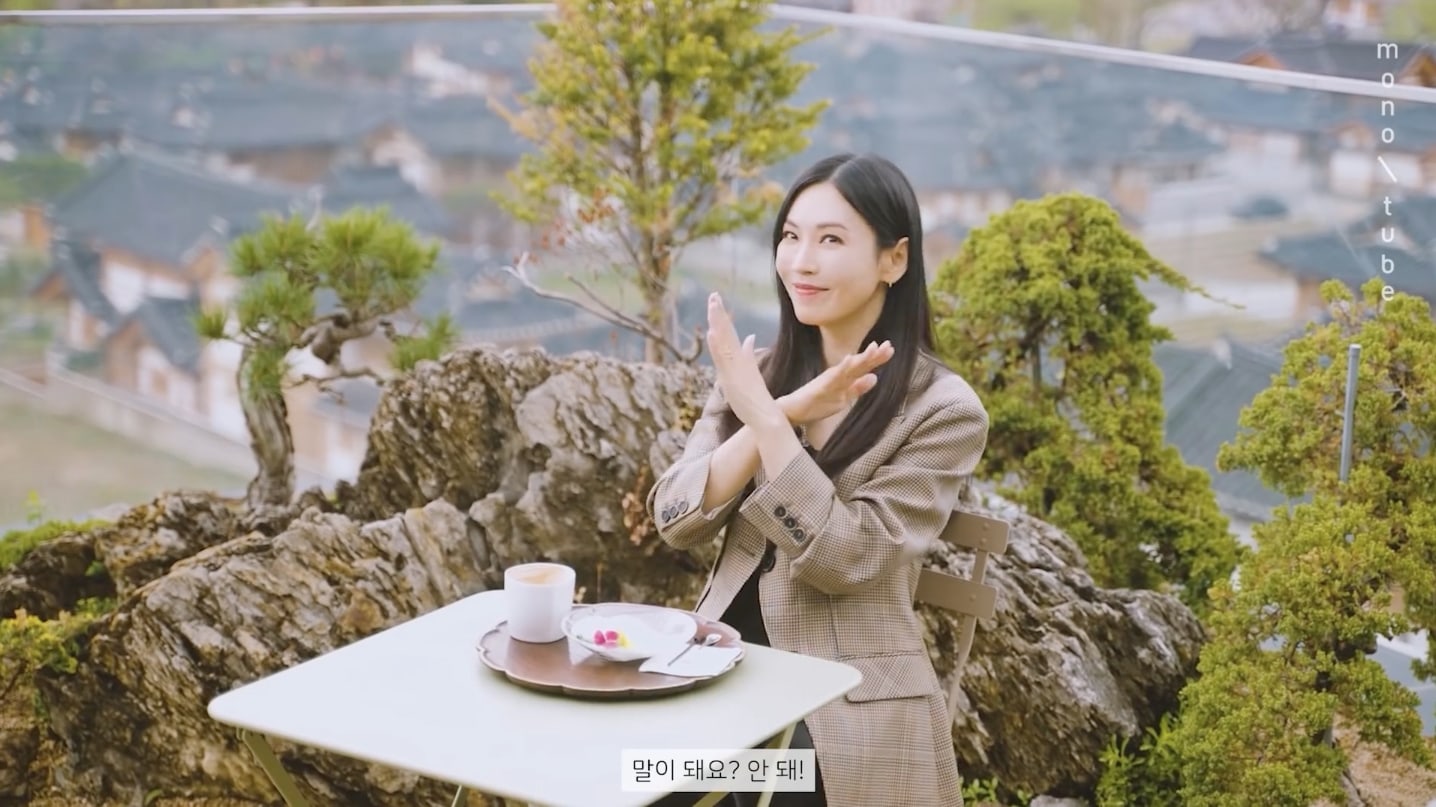 When asked about the possibility of Cheon Seo Jin returning to the stage as an opera singer, Kim So Yeon laughed, “No, she yells way too much. She probably yelled all the time in prison, too. Her vocal cords can’t possibly recover.”

The actress also revealed her personal hopes for Cheon Seo Jin’s fate in Season 3. “I hope she meets a dramatic downfall,” she said with a laugh. She then jokingly envisioned Cheon Seo Jin posing glamorously for the cameras even while being arrested. “I hope I put on the handcuffs myself, saying, ‘I’ll do it myself.’ And pose like this for the photographers, saying, ‘Don’t blur out my face.'”

“Even though she’s a villain, she’s a character with an uncommon charm,” she explained, “so I hope that even if she meets her downfall, she’ll do it in an entertaining way.” 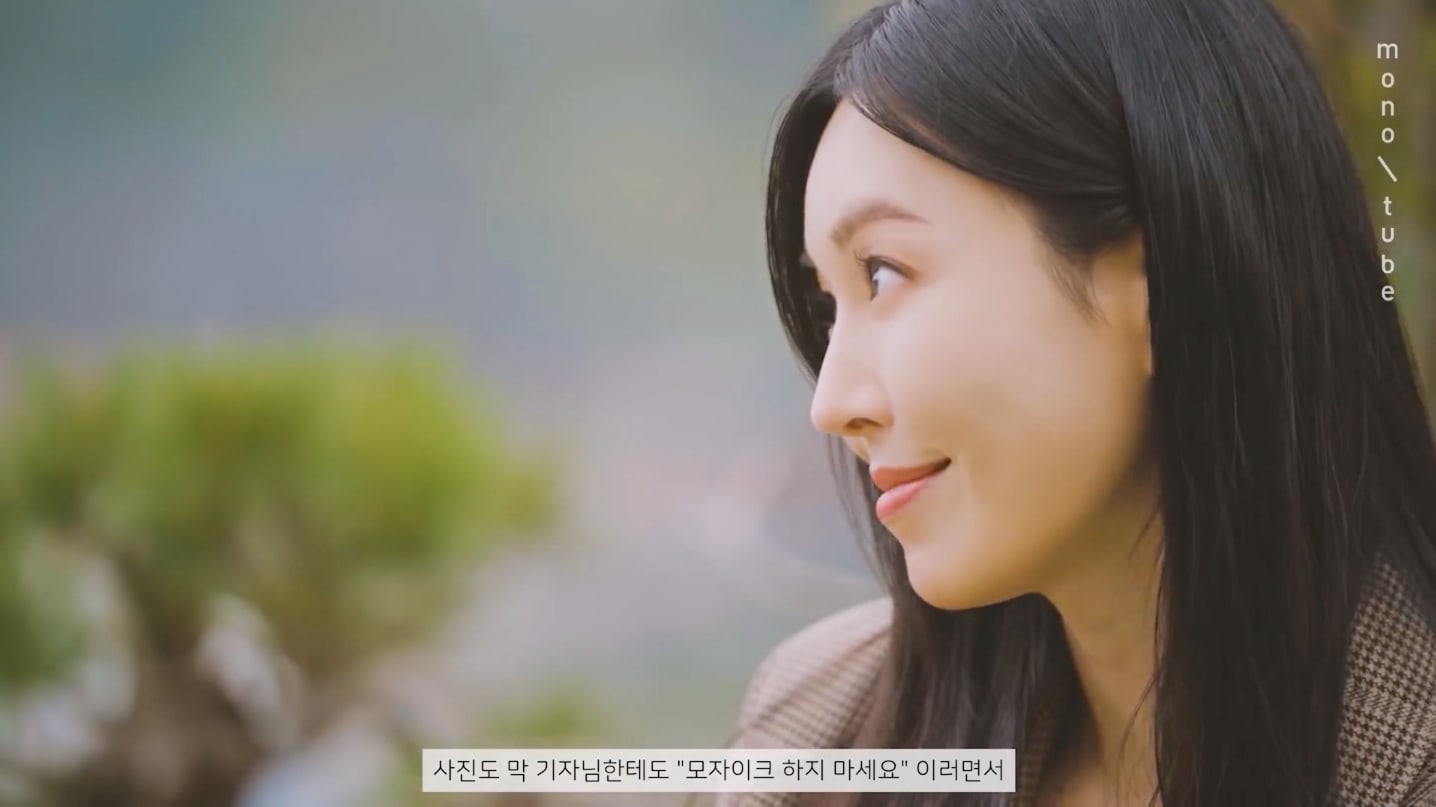 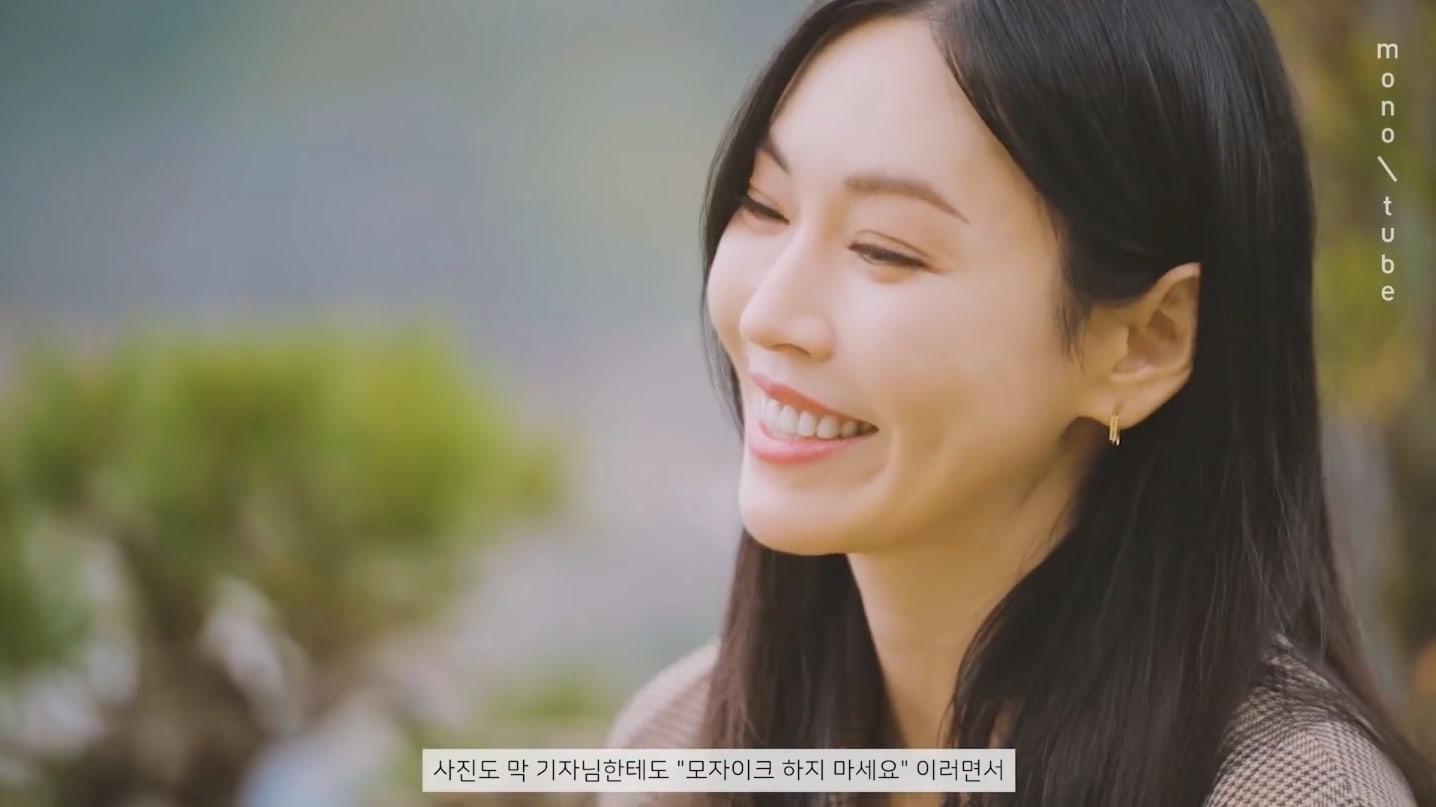 “For Season 3, I want to set aside all my worries and concerns,” concluded Kim So Yeon, “and think to myself, ‘In a few months, I won’t be able to meet Cheon Seo Jin ever again.’ So whatever happens, I want to do my best and enjoy filming Season 3.”

In the meantime, catch up on “The Penthouse 2” with subtitles below!