EXO has unveiled the schedule for their long-awaited comeback!

On May 23 at midnight KST, EXO released a detailed comeback schedule that reveals what fans can look forward to in the weeks leading up to their return with their highly-anticipated new album “Don’t Fight the Feeling.”

“Don’t Fight the Feeling,” a special album commemorating the ninth anniversary of EXO’s 2012 debut, is due out on June 7 at 6 p.m. KST.

The upcoming album will also mark EXO’s first group comeback in over a year and a half—the group last made a comeback with their sixth full album “OBSESSION” in 2019. 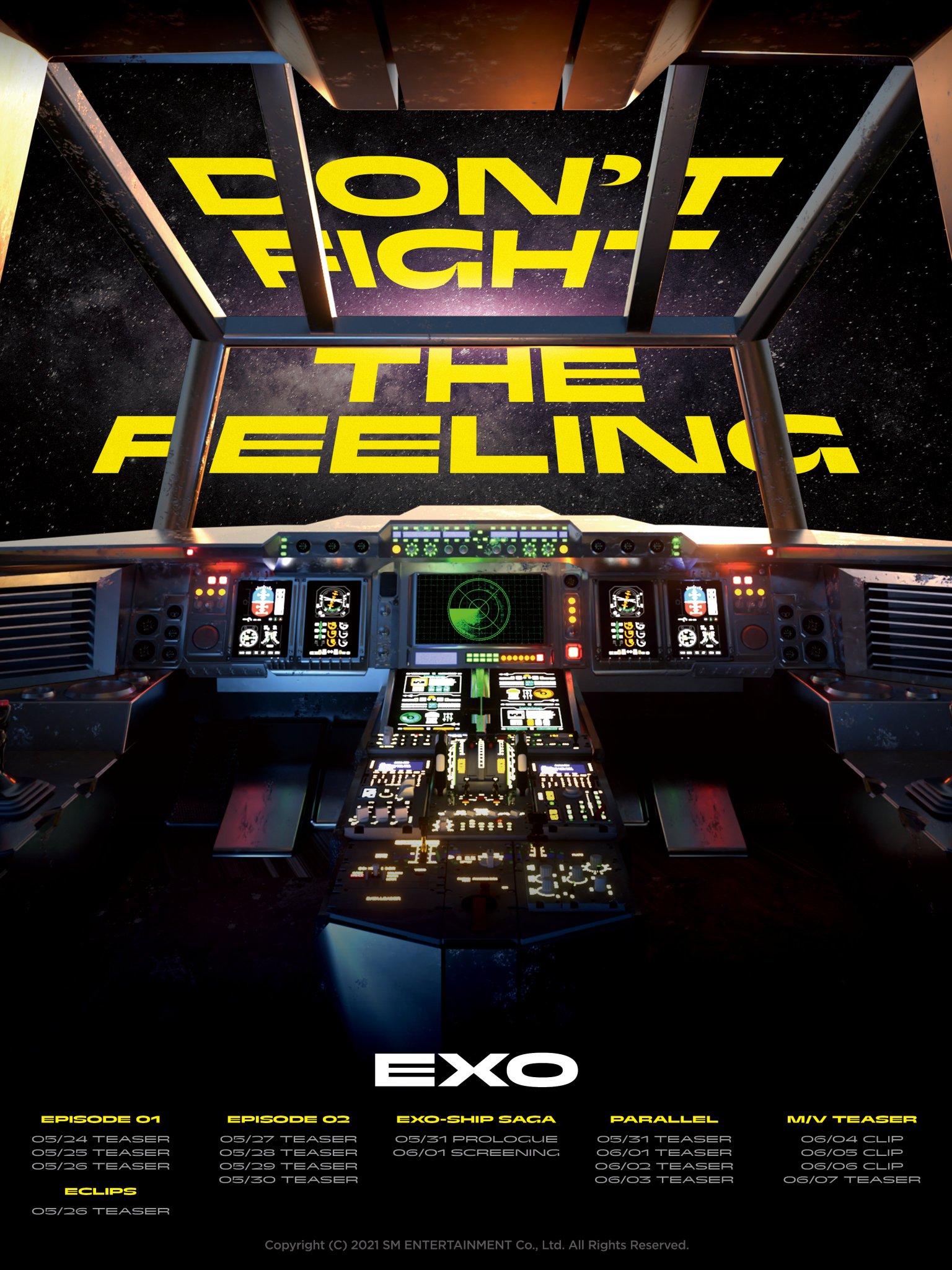 Based on the “spoiler video” released on EXO’s anniversary, Xiumin, D.O., Baekhyun, Chanyeol, Kai, and Sehun all participated in recording the album and filming their new music video before Baekhyun and Chanyeol enlisted in the military.

Are you excited for EXO’s return? Check out their logo teaser for “Don’t Fight the Feeling” here, and stay tuned for updates!