On the latest episode of “How Do You Play?”, Ji Suk Jin got emotional after pouring his heart into a moving rendition of Girls’ Generation’s Taeyeon’s “If.”

During the May 22 broadcast of the MBC variety show, the Top 8 finalists for Yoo Jae Suk’s new project group MSG Wannabe took the stage for their final round of competition. In order to assess each contestant’s singing ability and how they might fit together in a group, Yoo Jae Suk had the eight finalists split up into two teams as they vied for a spot in the final lineup for MSG Wannabe—the show’s next project group after SSAK3 and Refund Sisters.

First, all eight finalists kicked things off by performing a fun cover of LABOUM’s recently rediscovered 2016 track “Journey to Atlantis” together.

Finally, the second team—consisting of Ji Suk Jin, KCM, Parc Jae Jung, and Wonstein—wrapped up the competition with a soulful cover of Taeyeon’s “If.”

After their performance, Ji Suk Jin was in the middle of expressing his gratitude to his teammates when he suddenly became overwhelmed with emotion.

“All [three] of them have walked a long path as singers,” he remarked, before breaking off as he tried to fight back his tears. Trying to keep things lighthearted, he joked, “Wow, why am I like this? I’ve become weird lately.”

Ji Suk went on to explain that singing on stage again had reminded him of his past dream of becoming a singer.

“Almost thirty years ago, I went around with demo tapes,” he recalled, “and after preparing to become a singer, I became one. But after I released a song… but now, the fact that I’m singing together with such famous and amazing singers makes me think of the past. Honestly, this is such a huge honor for me, just being able to stand here with these great and accomplished singers.”

“Just being able to perform today without any issues or mistakes—that in and of itself makes me so happy, and personally, this was a very emotional moment for me,” he continued, before wiping away a tear. 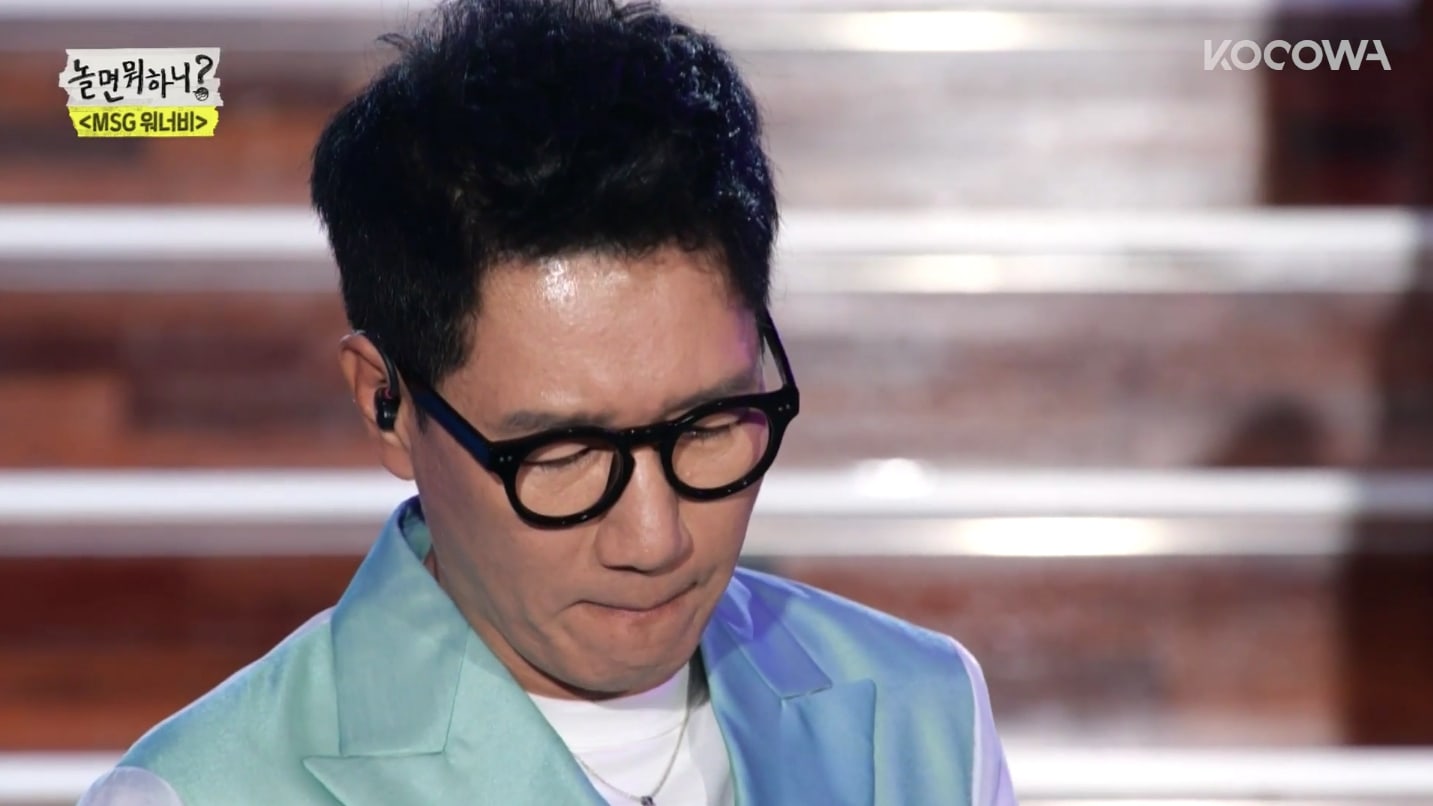 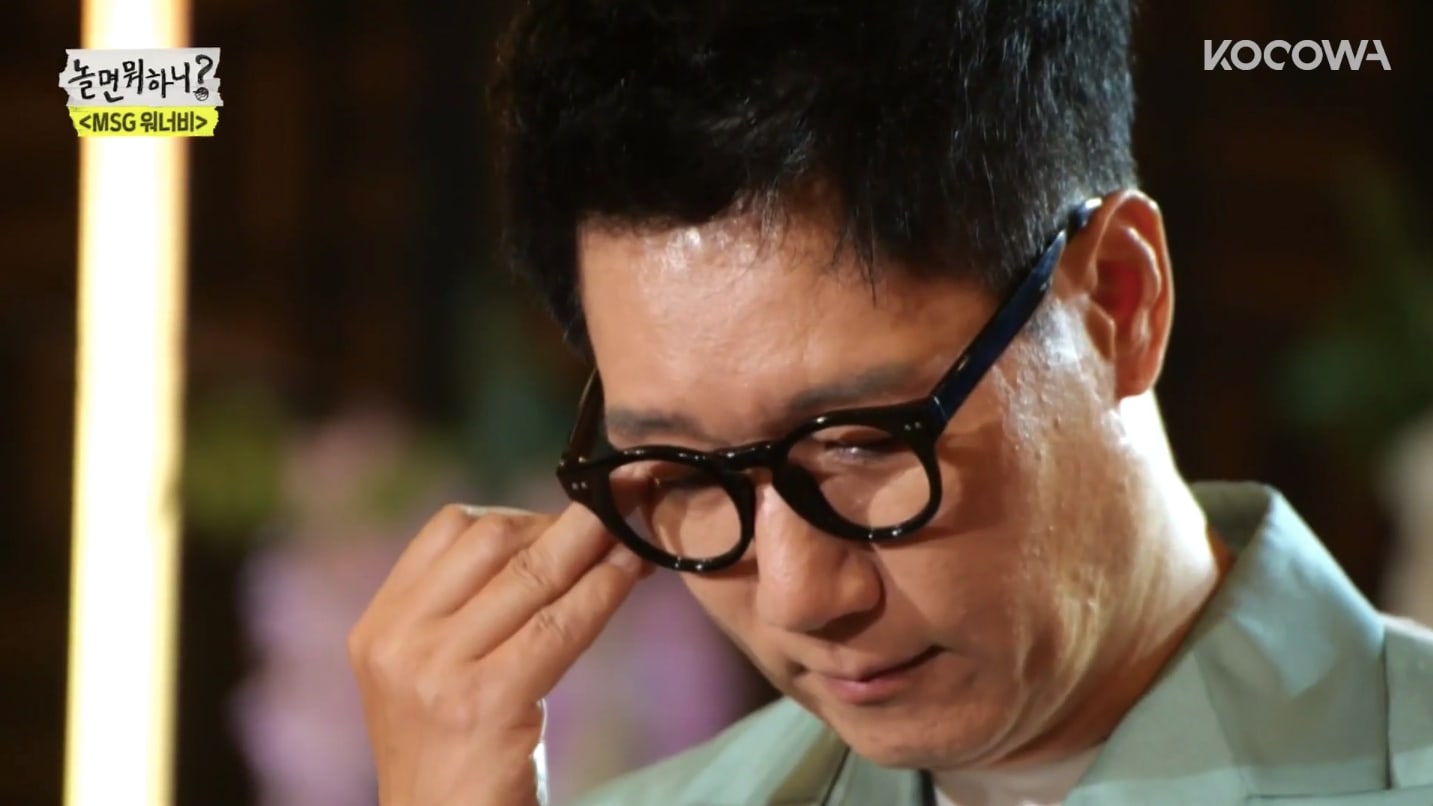 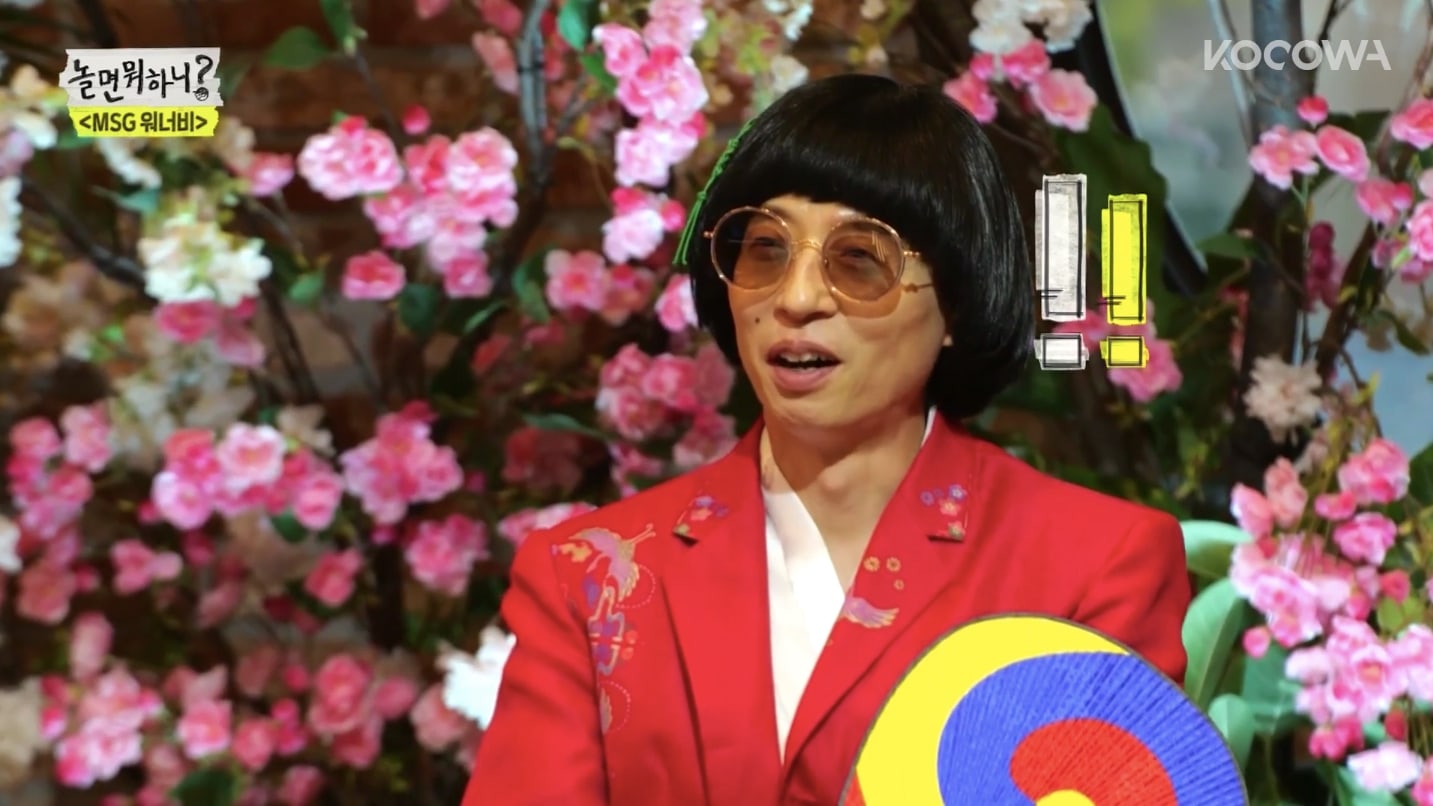 At the end of the episode, Yoo Jae Suk revealed that after much thought and after taking viewers’ requests into consideration, he had decided to debut MSG Wannabe with all eight members.

Immediately after hearing the happy news, Ji Suk Jin was unable to hold back his tears, and when his teammates fondly teased him over it, he exclaimed, “I wouldn’t have cried if I’d been eliminated! I don’t cry when I’m sad. I only cry when I’m happy or moved by something.” 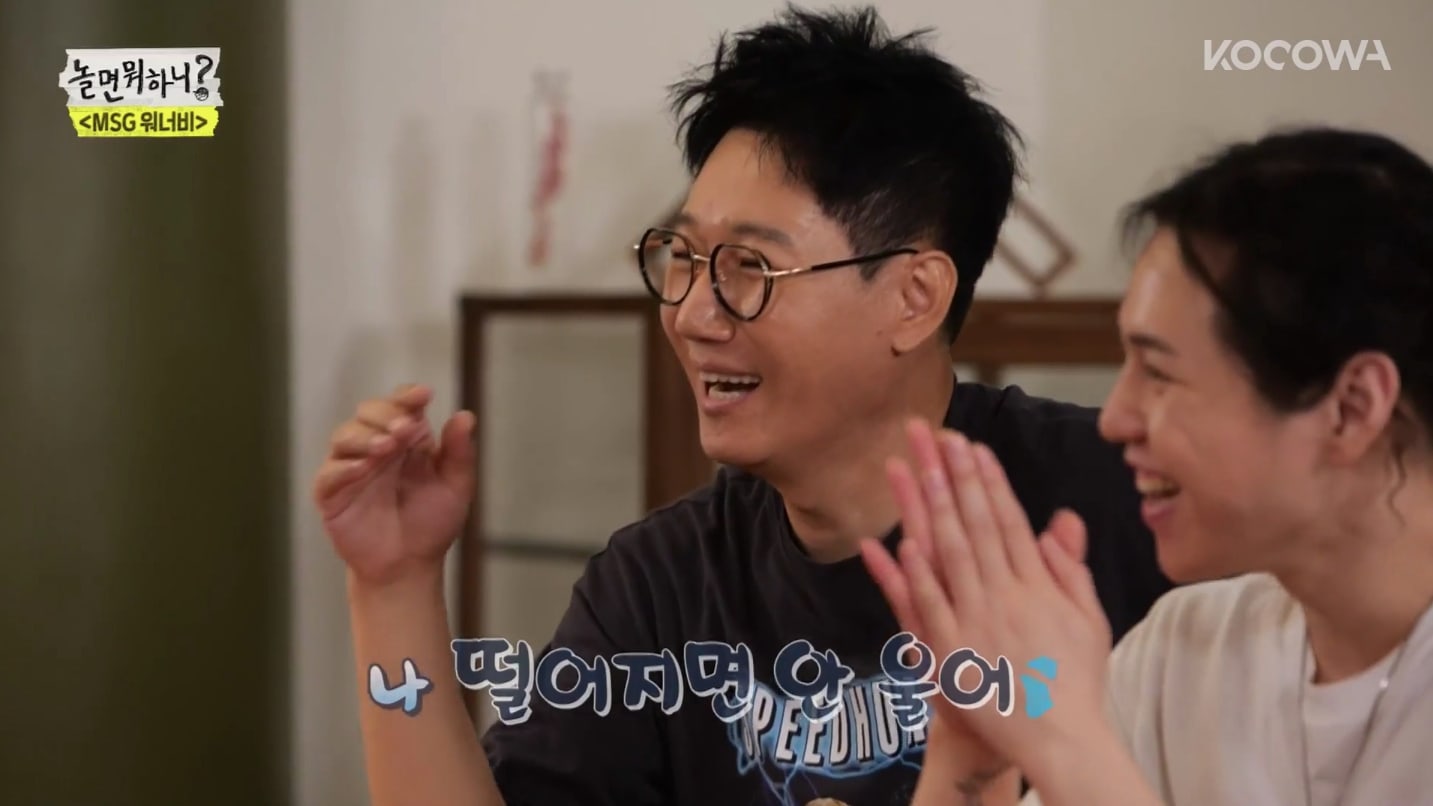 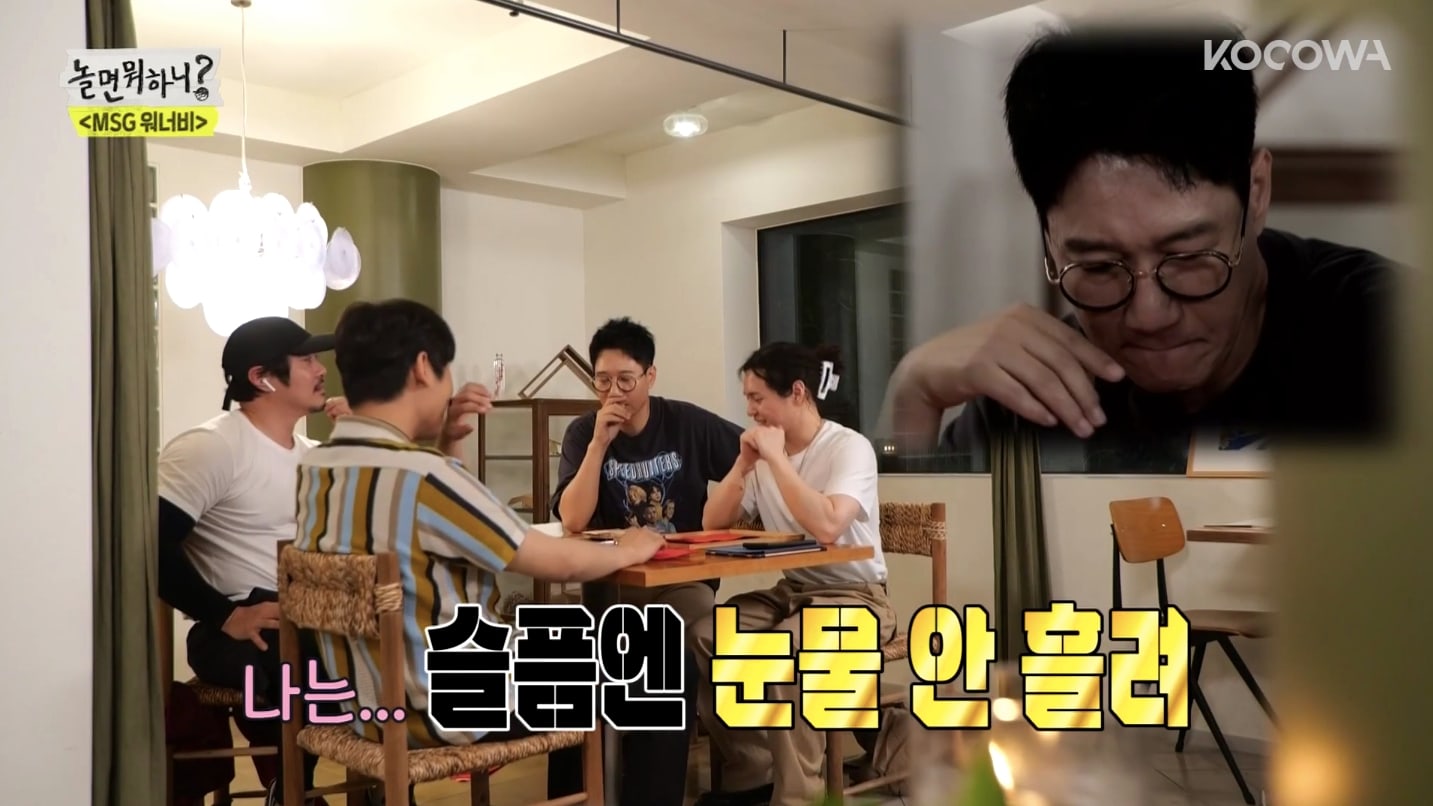